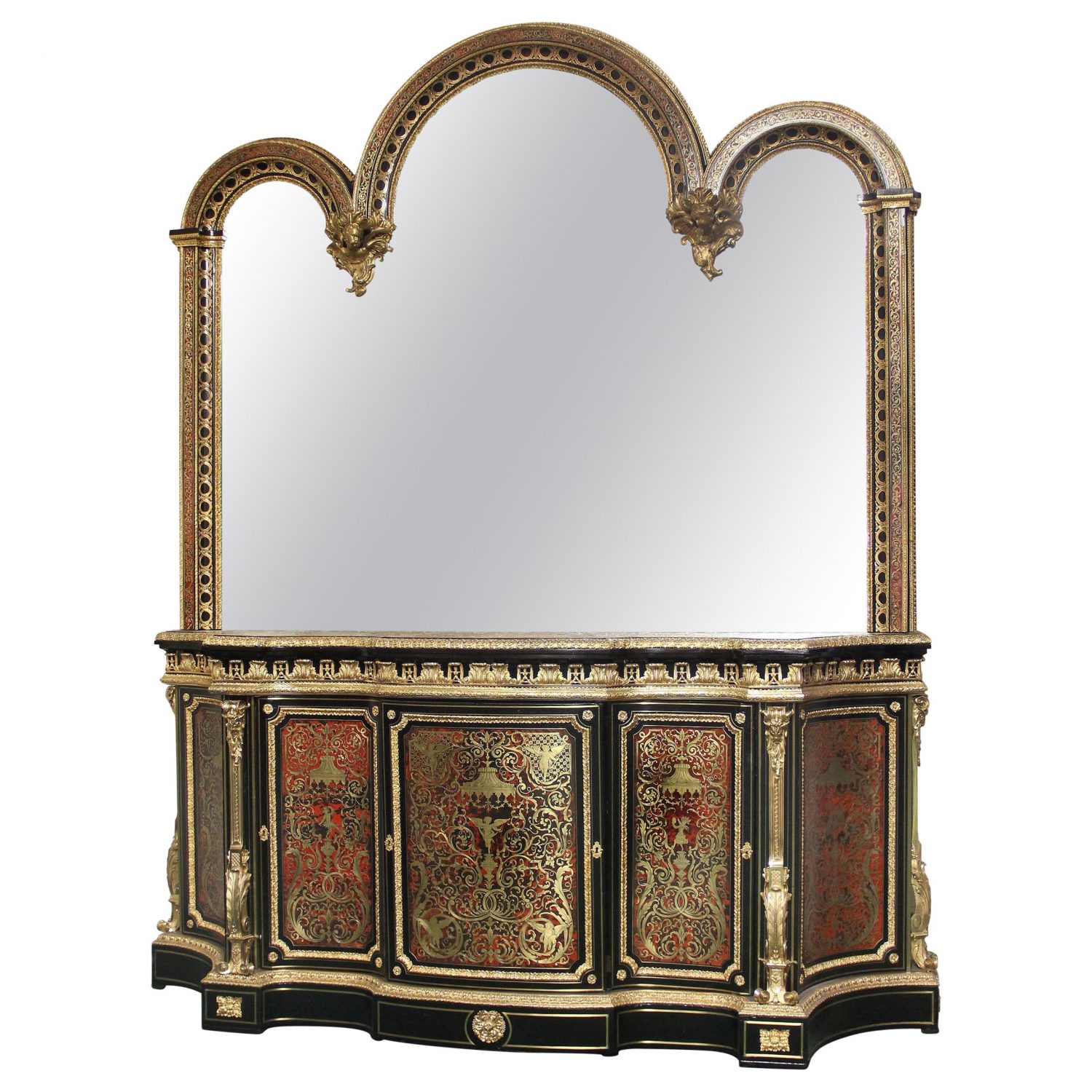 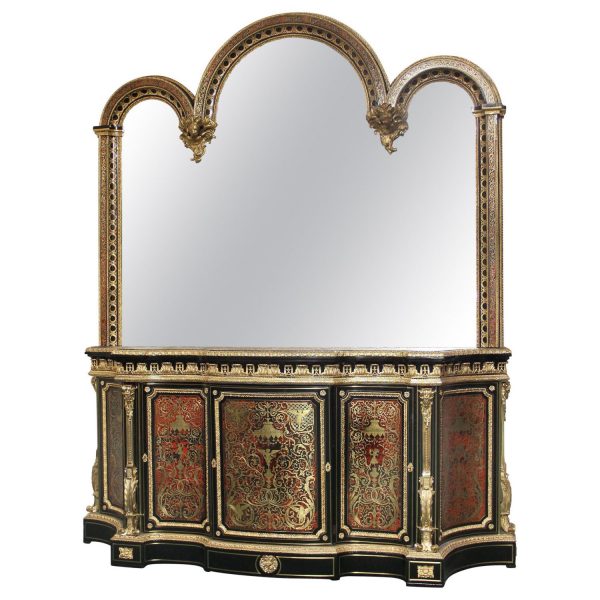 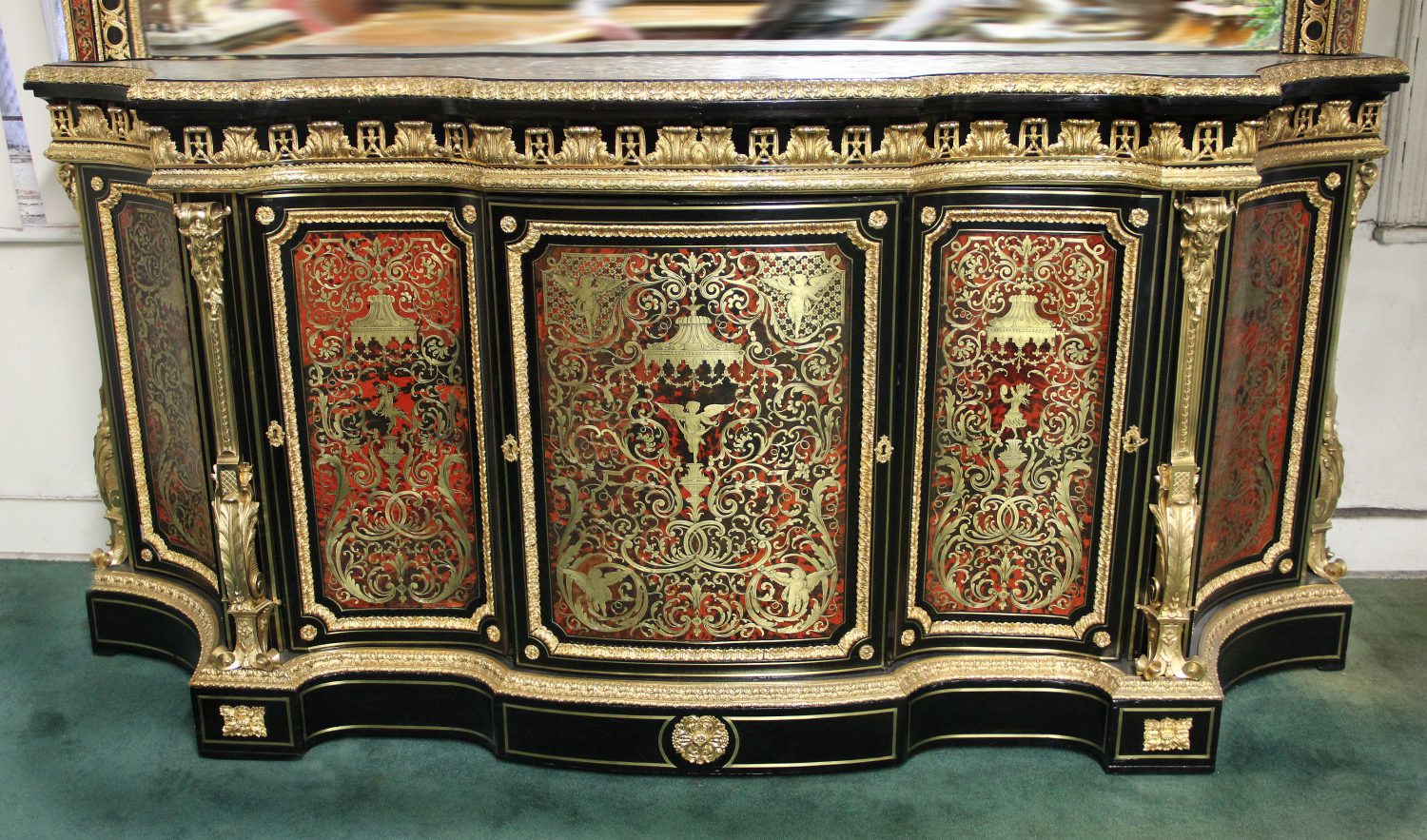 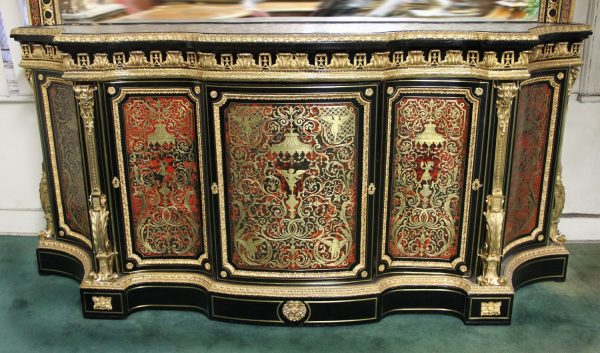 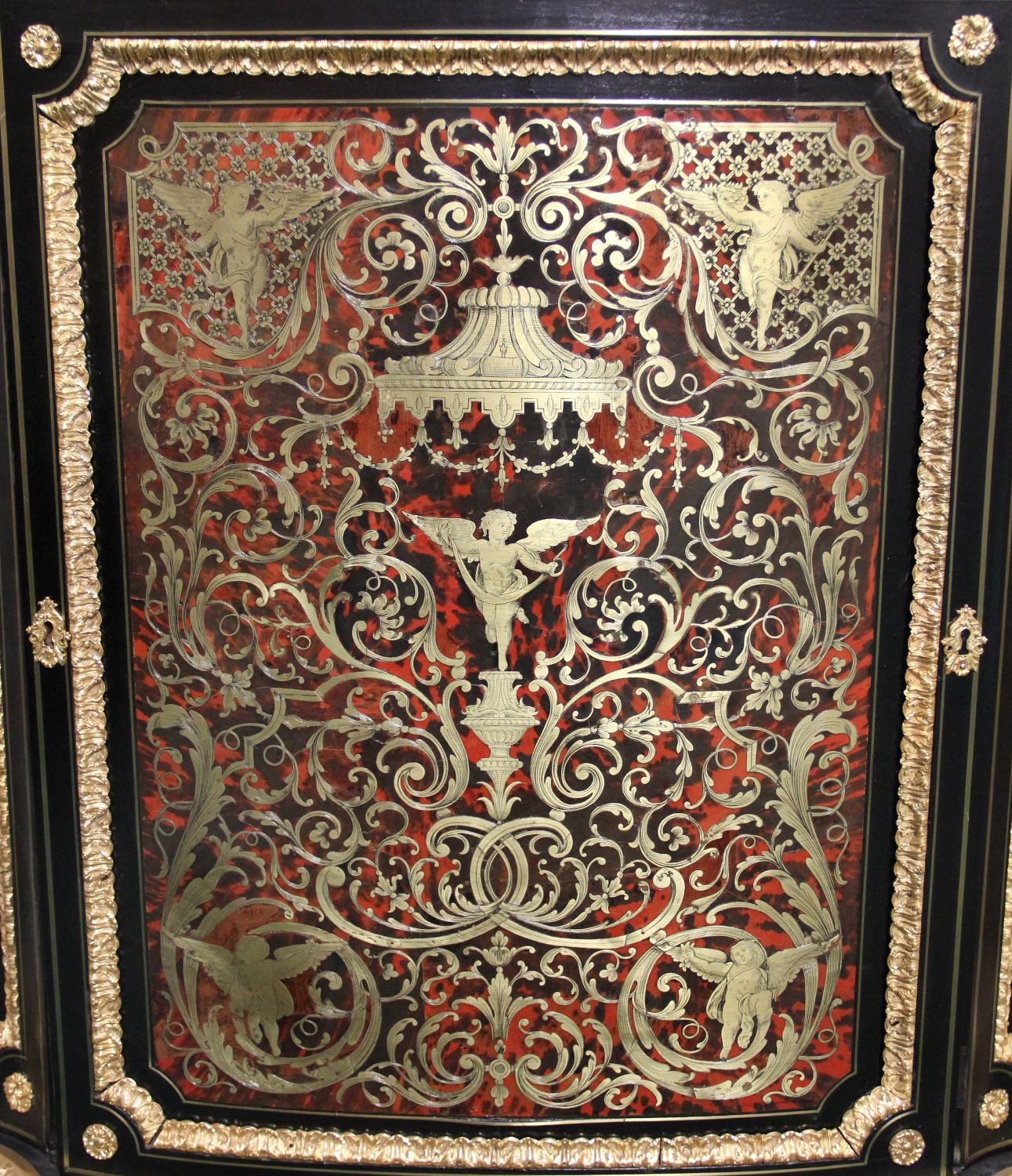 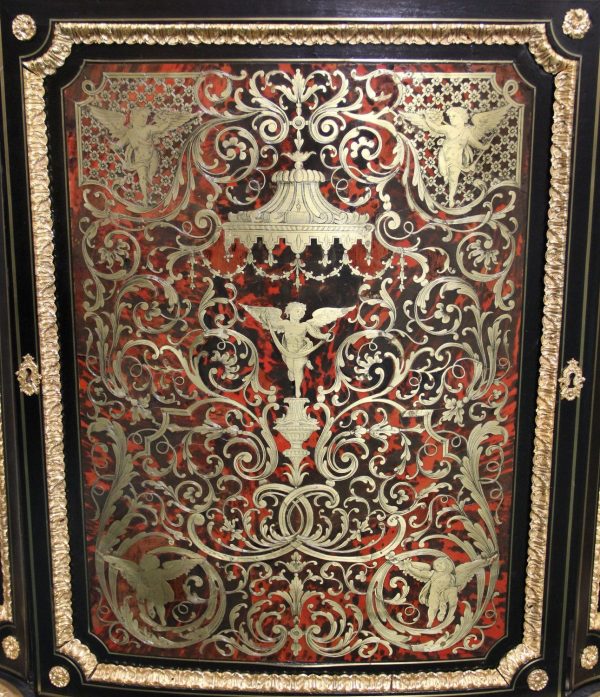 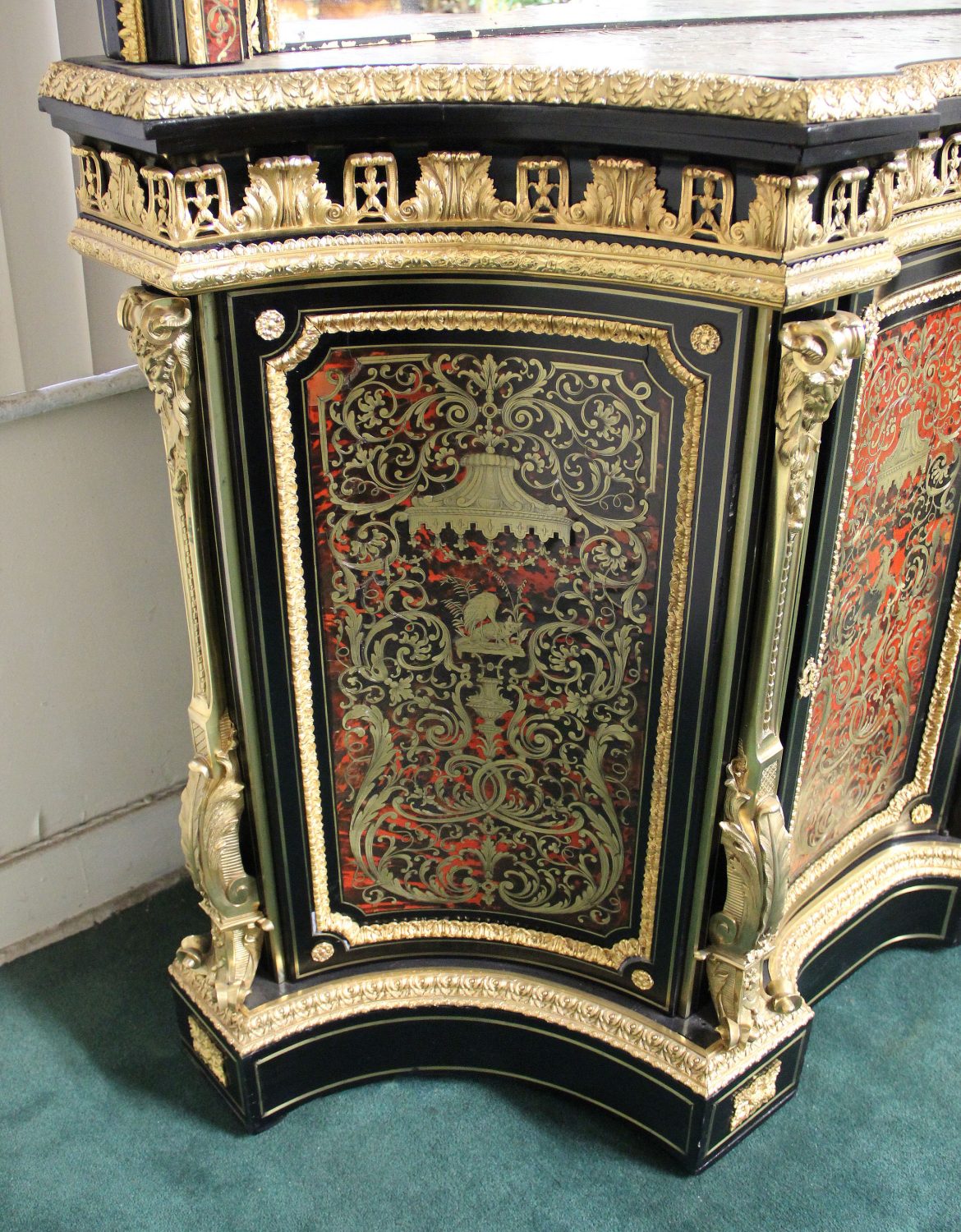 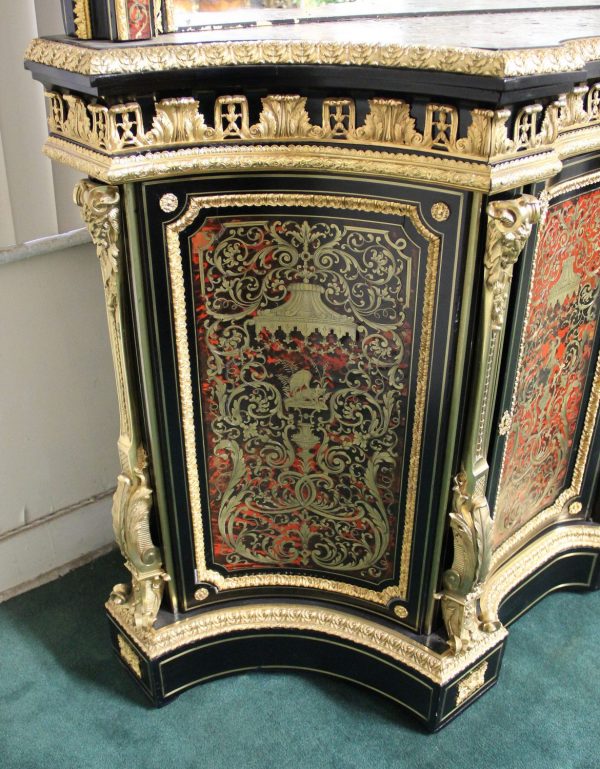 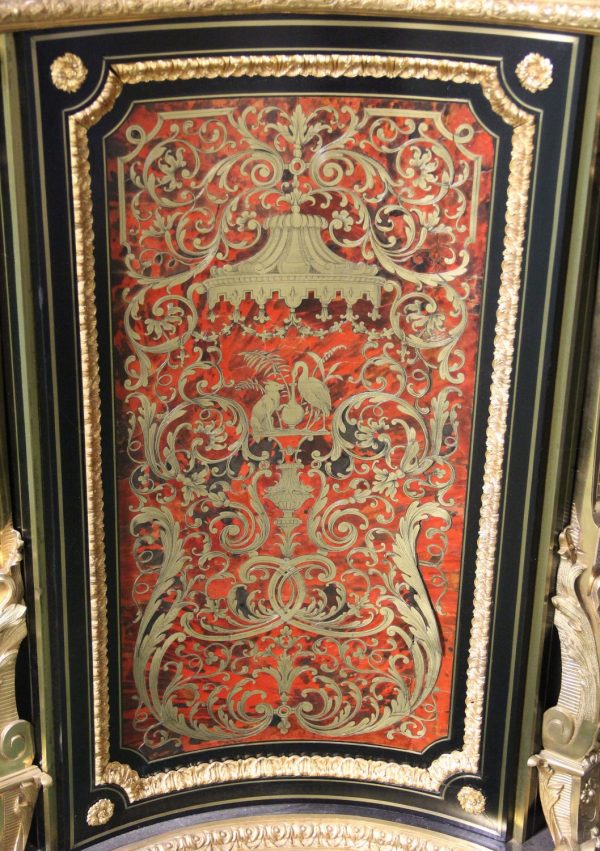 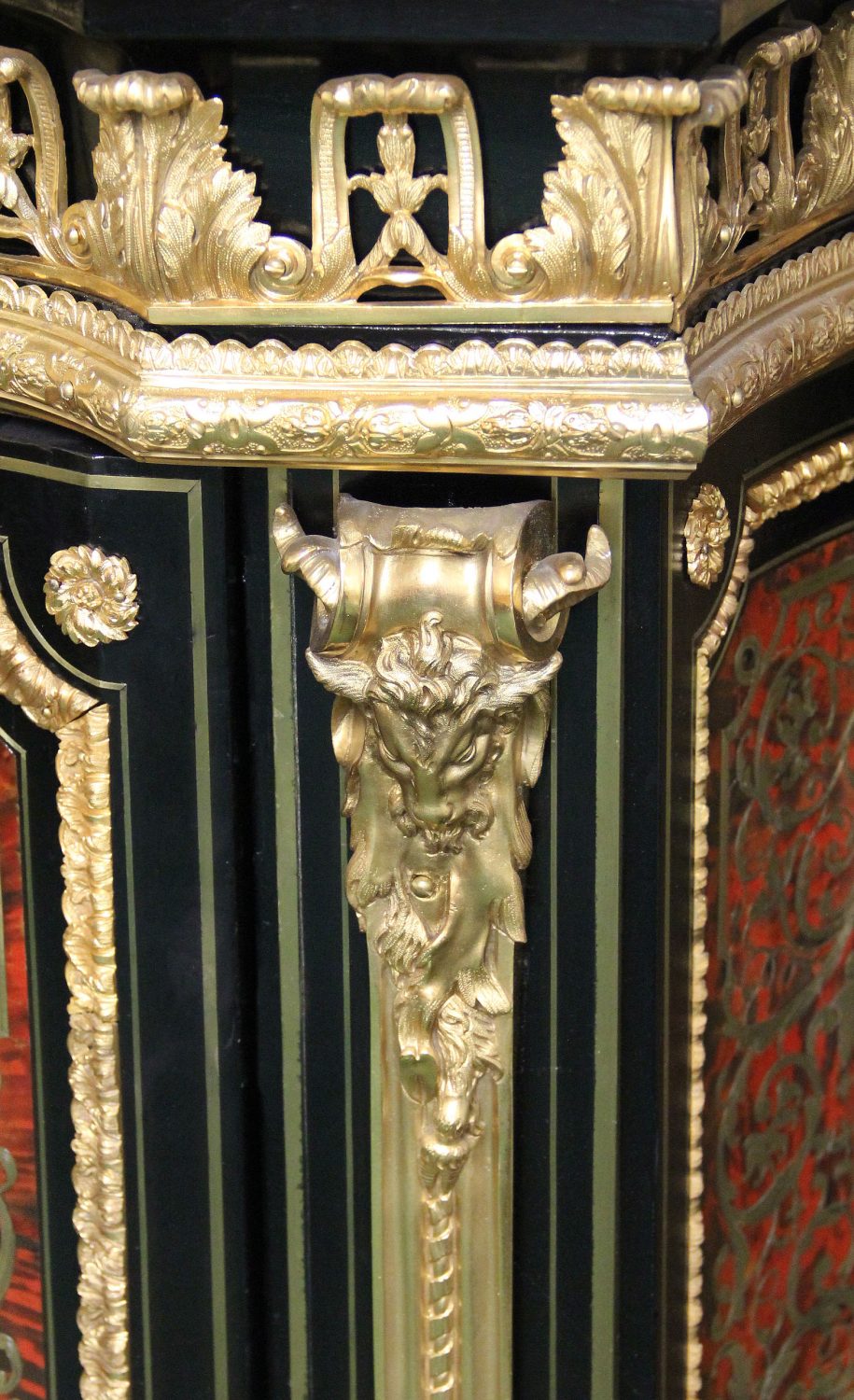 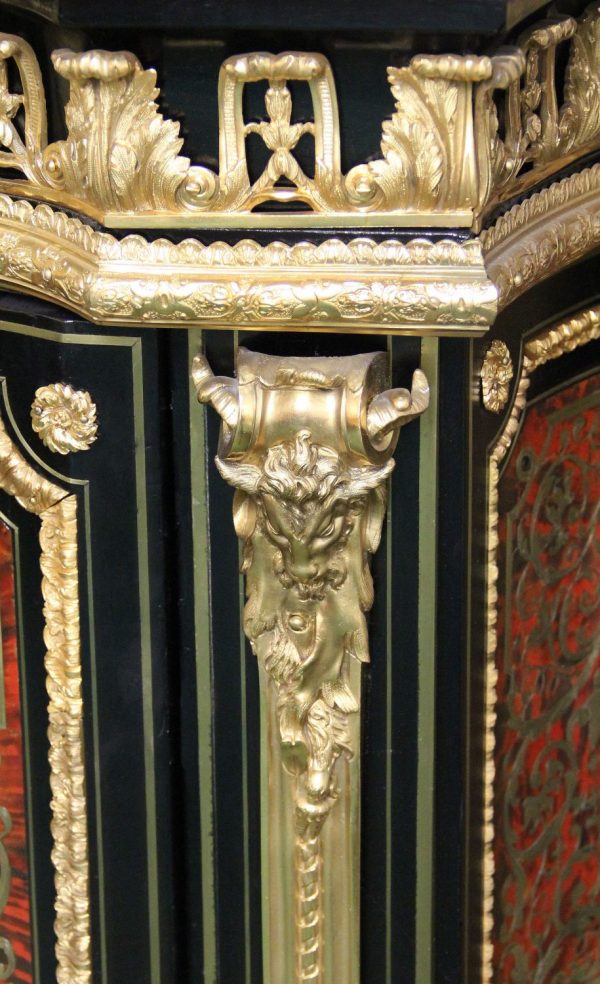 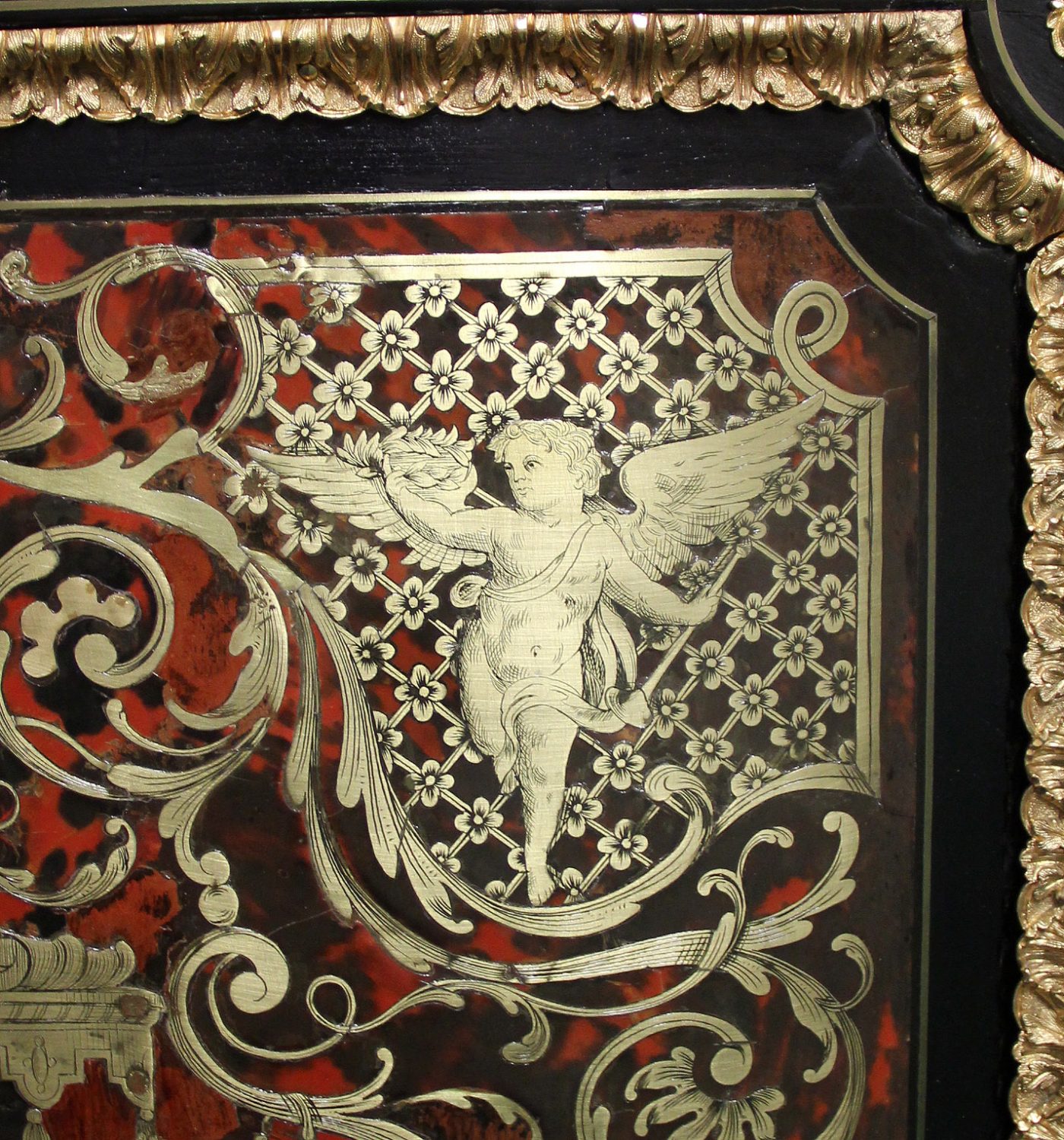 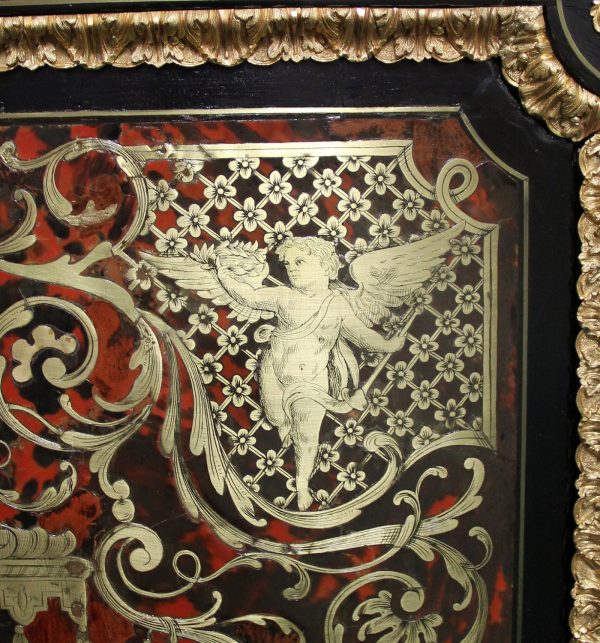 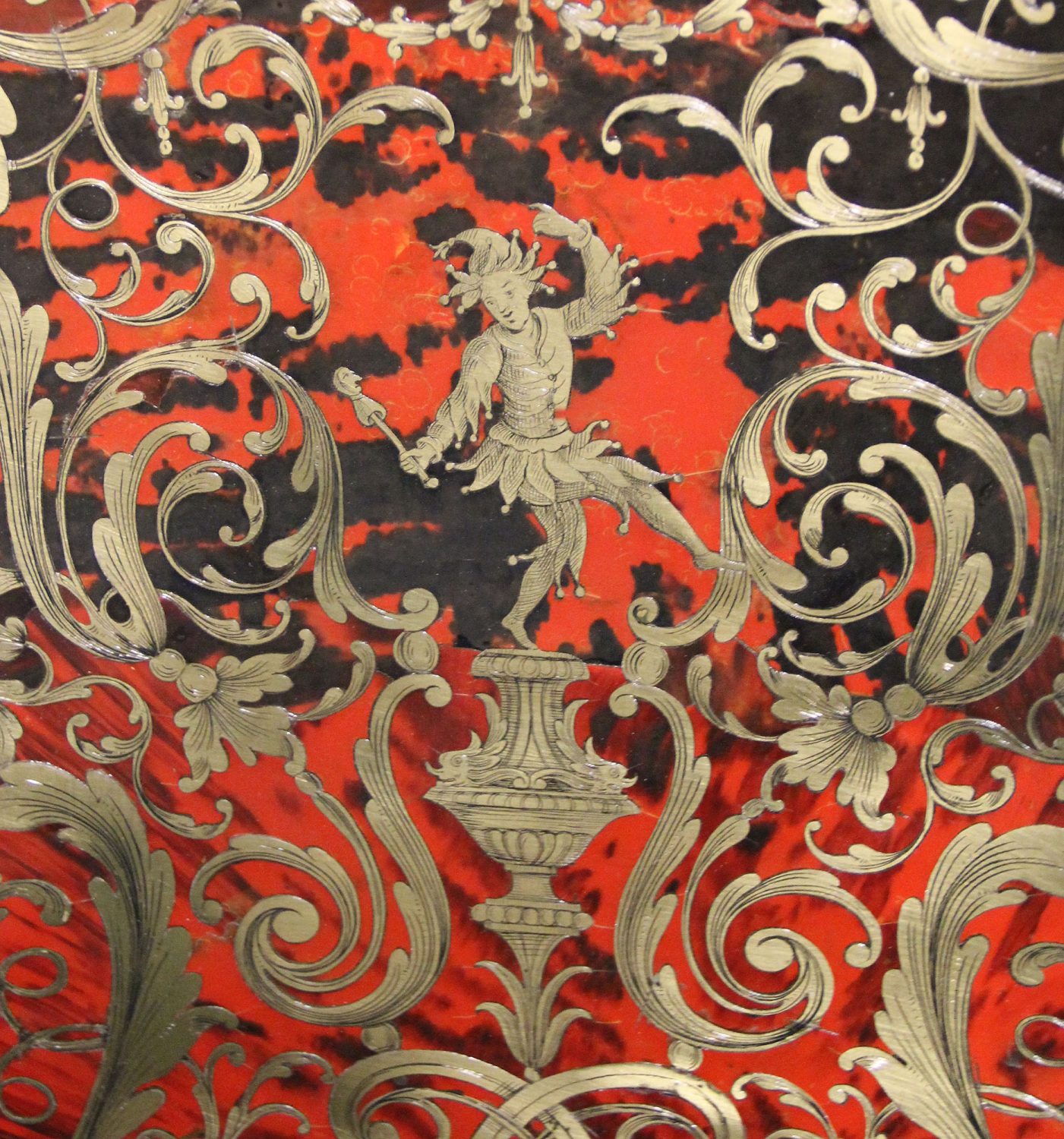 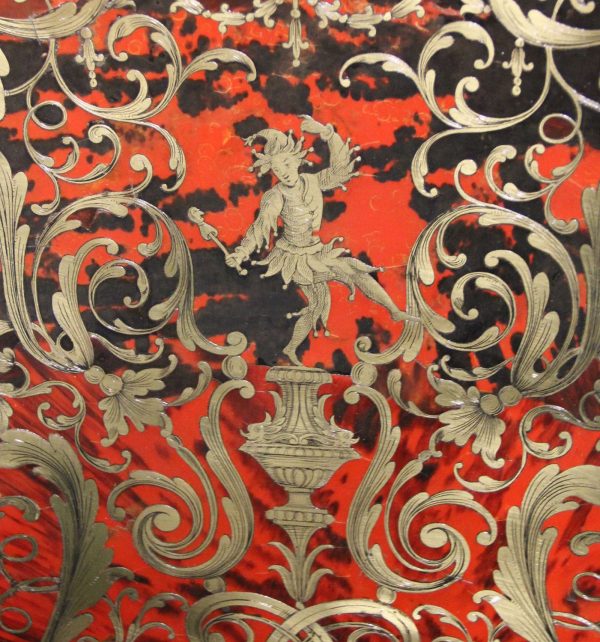 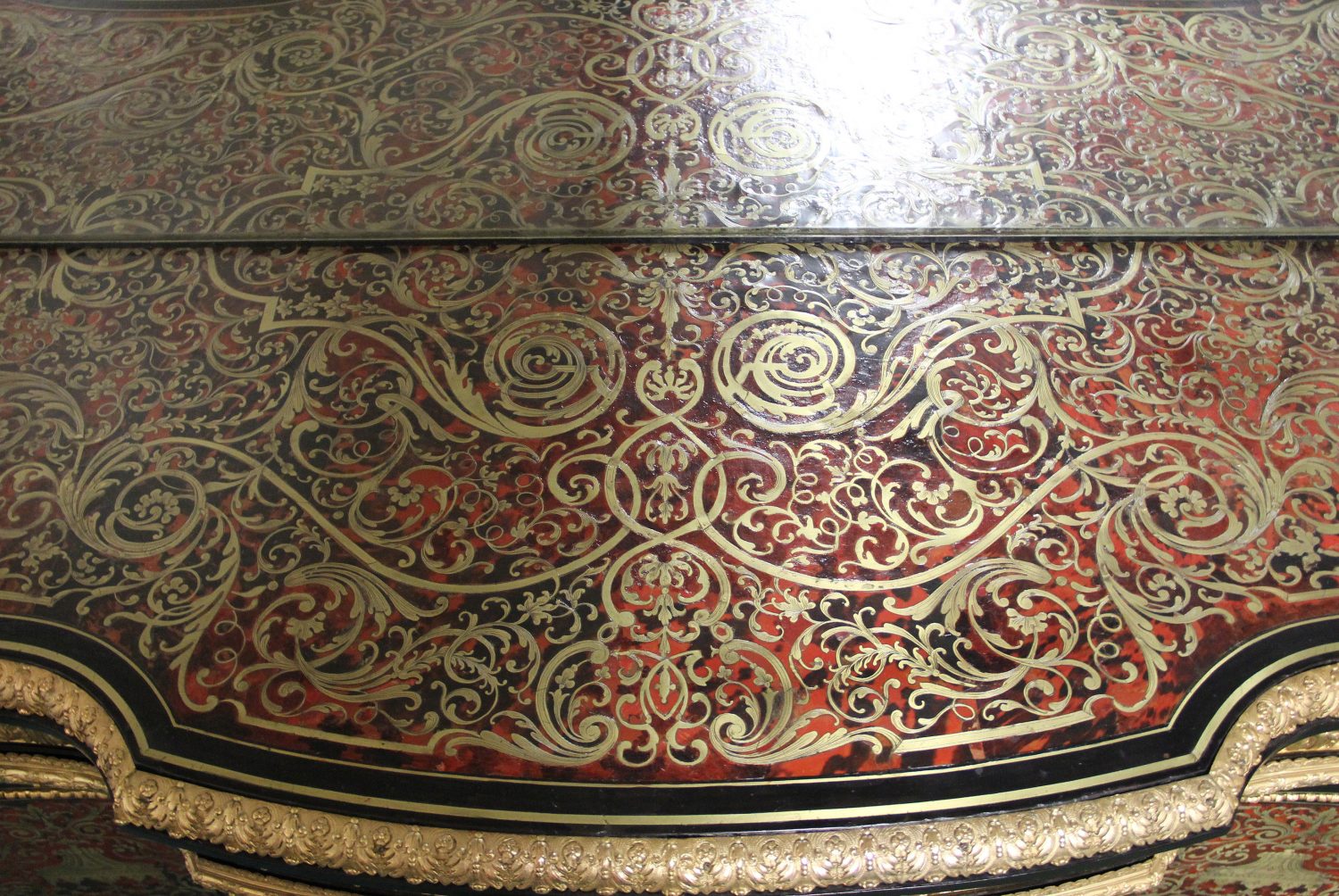 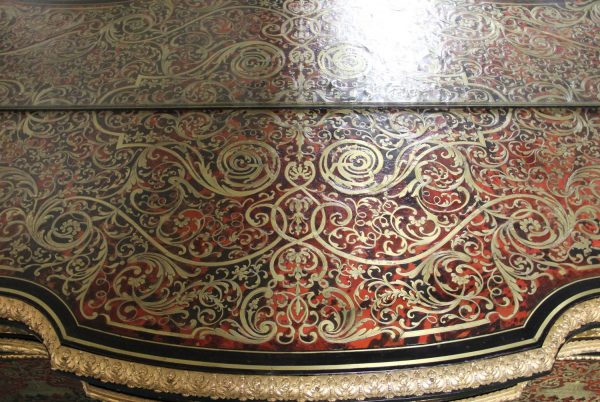 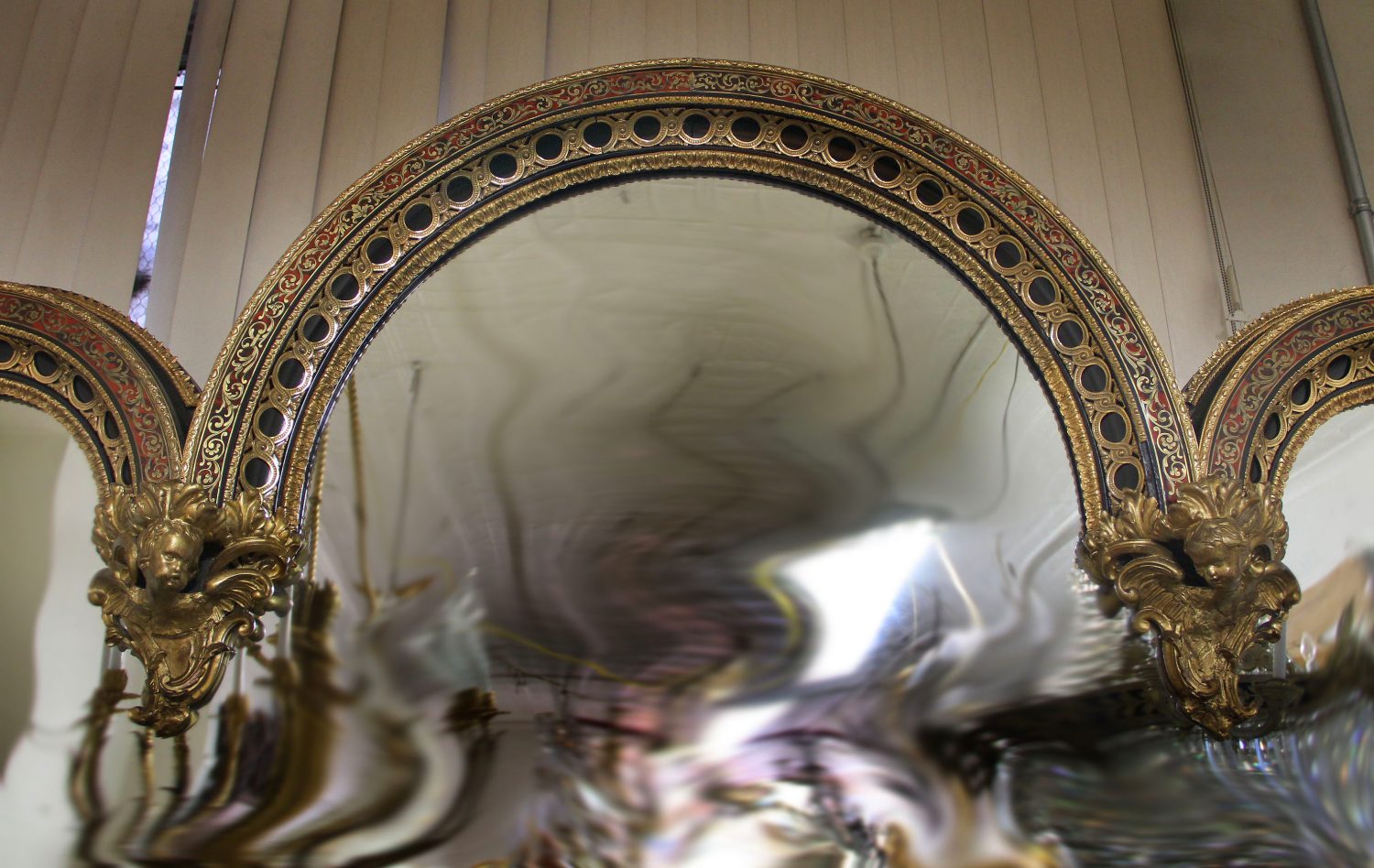 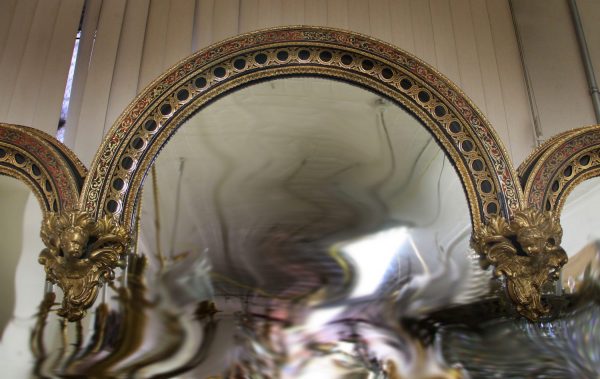 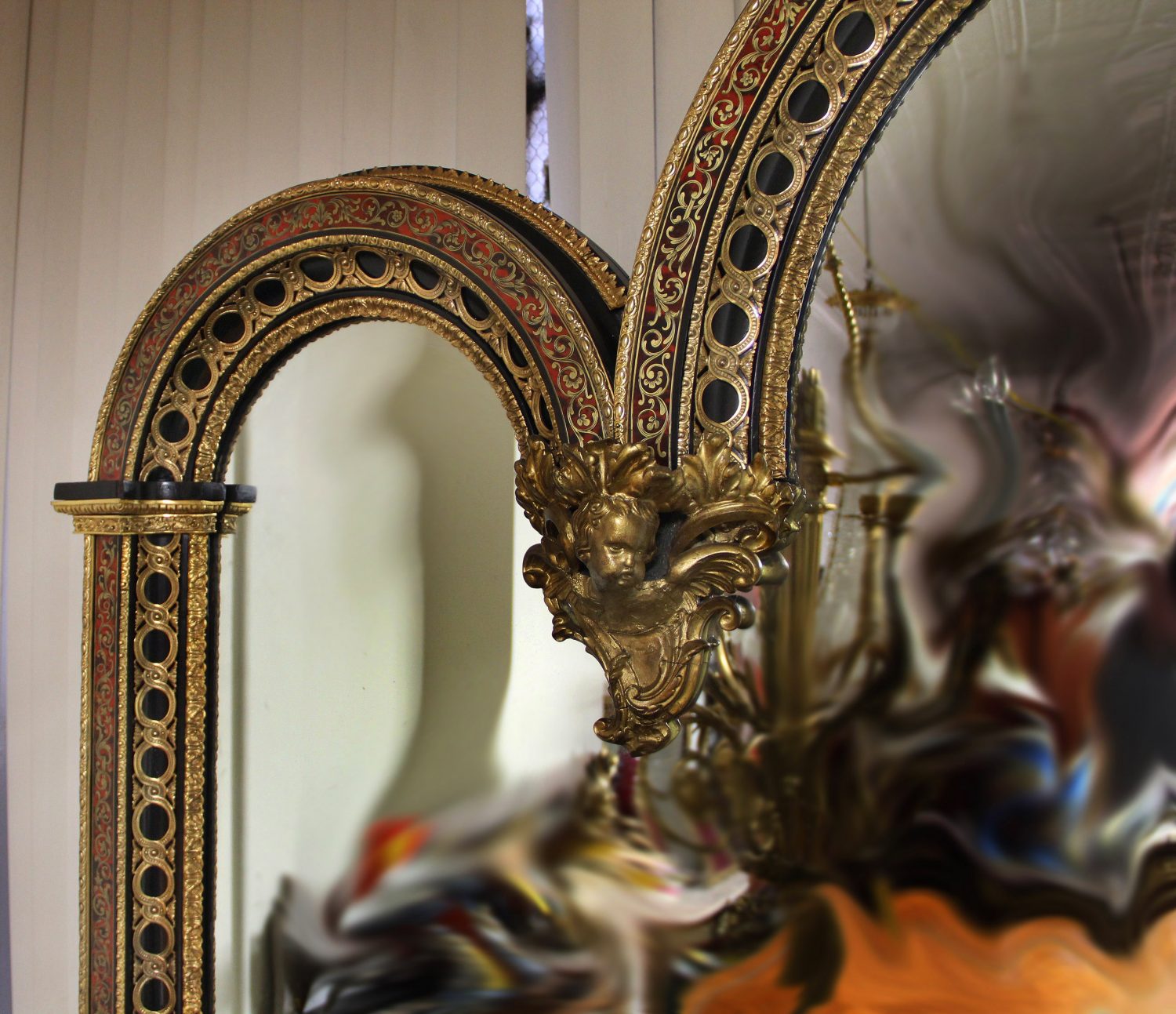 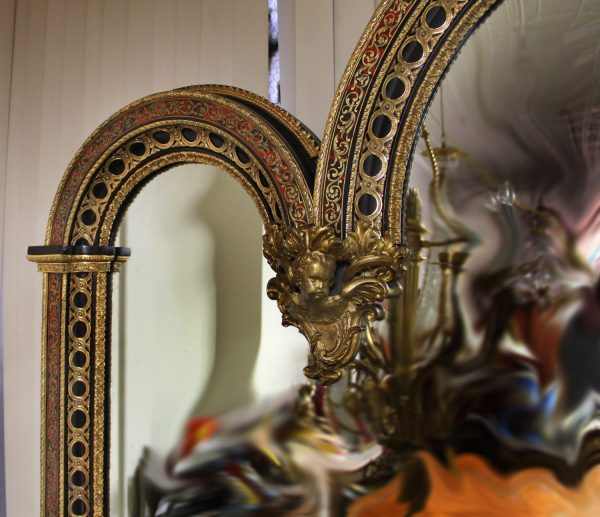 Each Boulle style marquetry panel with designs in the manner of Jean Bérain, the cabinet surmounted by an arched mirror with cherubs and fitted with three doors.

In the manner of the 18th century cabinetmaker, André Charles Boulle.

André-Charles Boulle (11 November 1642 – 28 February 1732) was the French cabinetmaker who is generally considered to be the preeminent artist in the field of marquetry, even “the most remarkable of all French cabinetmakers. His fame in marquetry led to his name being given to the fashion he perfected of inlaying brass and tortoiseshell, known as Boulle.

André-Charles Boulle, the son of Jean Boulle (originally called Johan Bolt) was of German origin, being born in the Duchy of Guelders. André-Charles became the most famous of his family. Boulle’s skill and reputation must have begun at a comparatively early age; by age 30 he had already been granted one of those lodgings in the galleries of the Louvre which Henri IV had set apart for the use of the most favoured among the artists employed by the crown. To be admitted to these galleries not only signified a mark of special royal favor, but gave the important privilege of freedom from the trammels of the trade guilds. In 1672 Louis XIV gave Boulle the deceased Jean Macé’s own lodging upon the recommendation of the minister of the arts, Jean-Baptiste Colbert, who described Boulle as le plus habile ébéniste de Paris; the patent conferring this privilege also describes him as a chaser, gilder and maker of marquetry.He received the post of premier ébéniste du Roi.