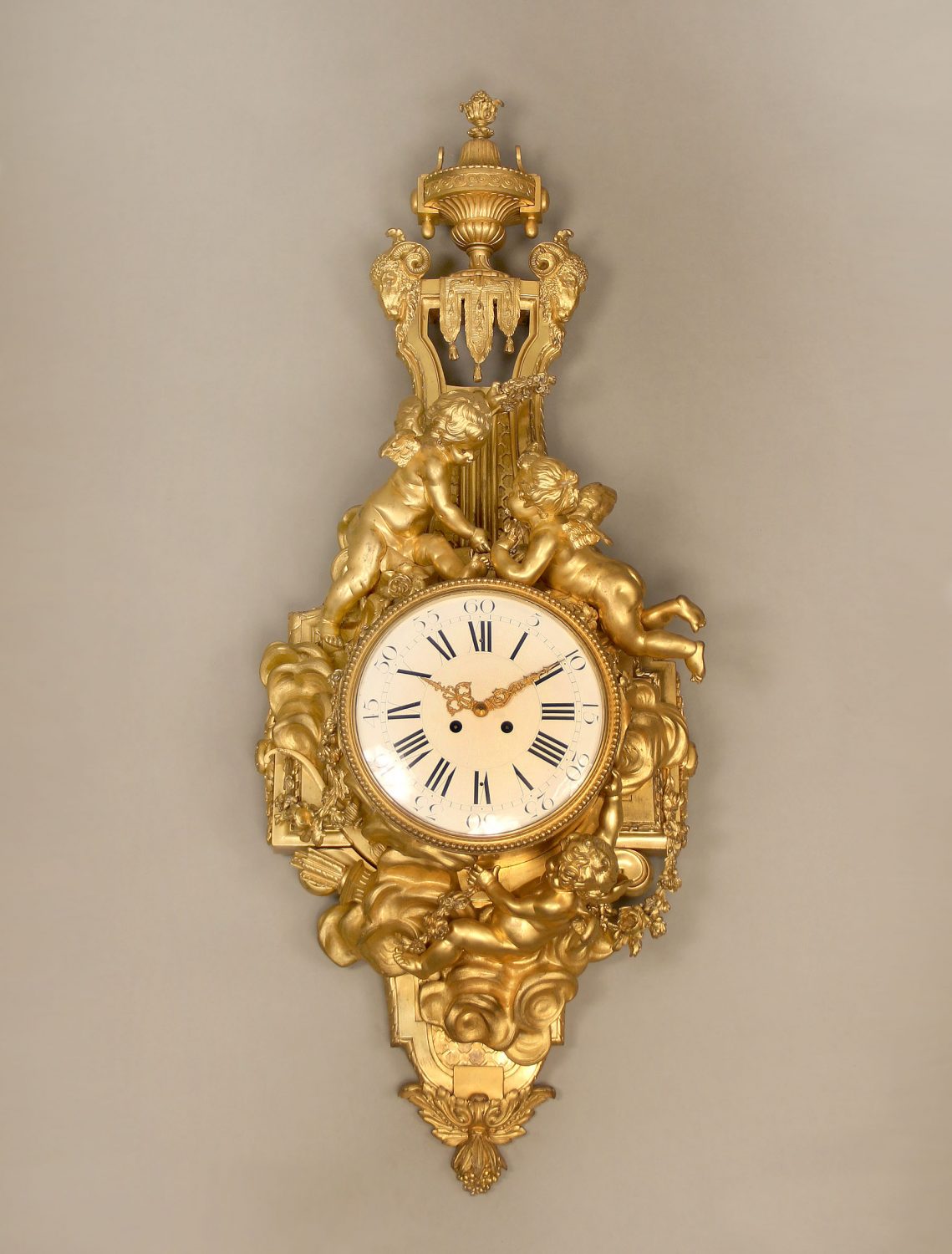 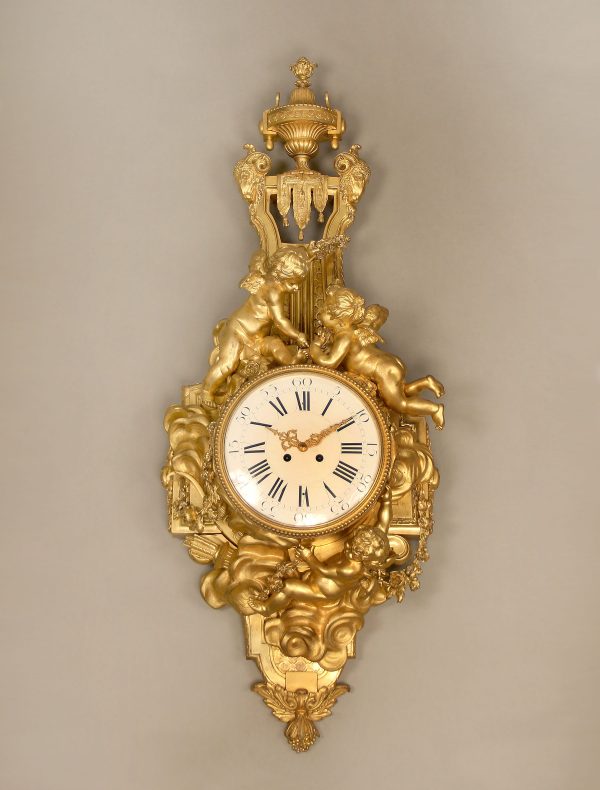 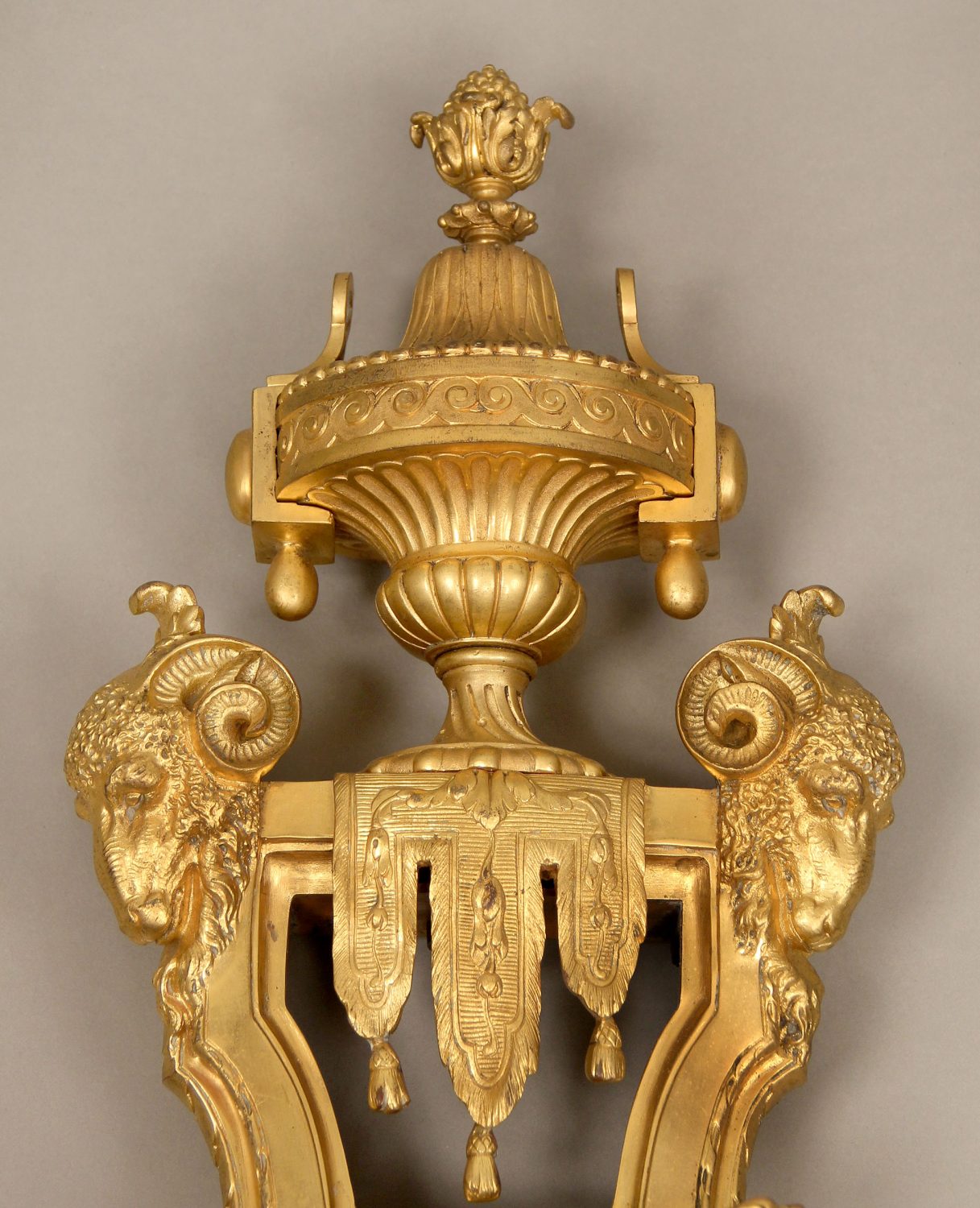 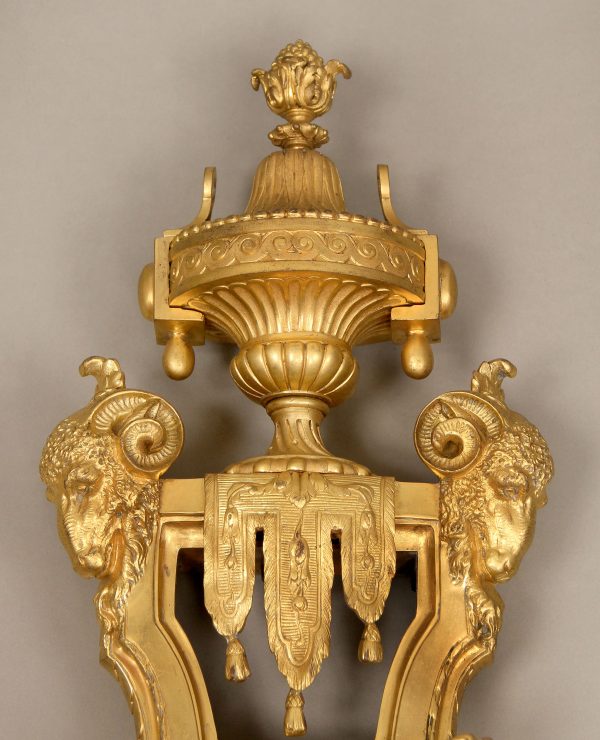 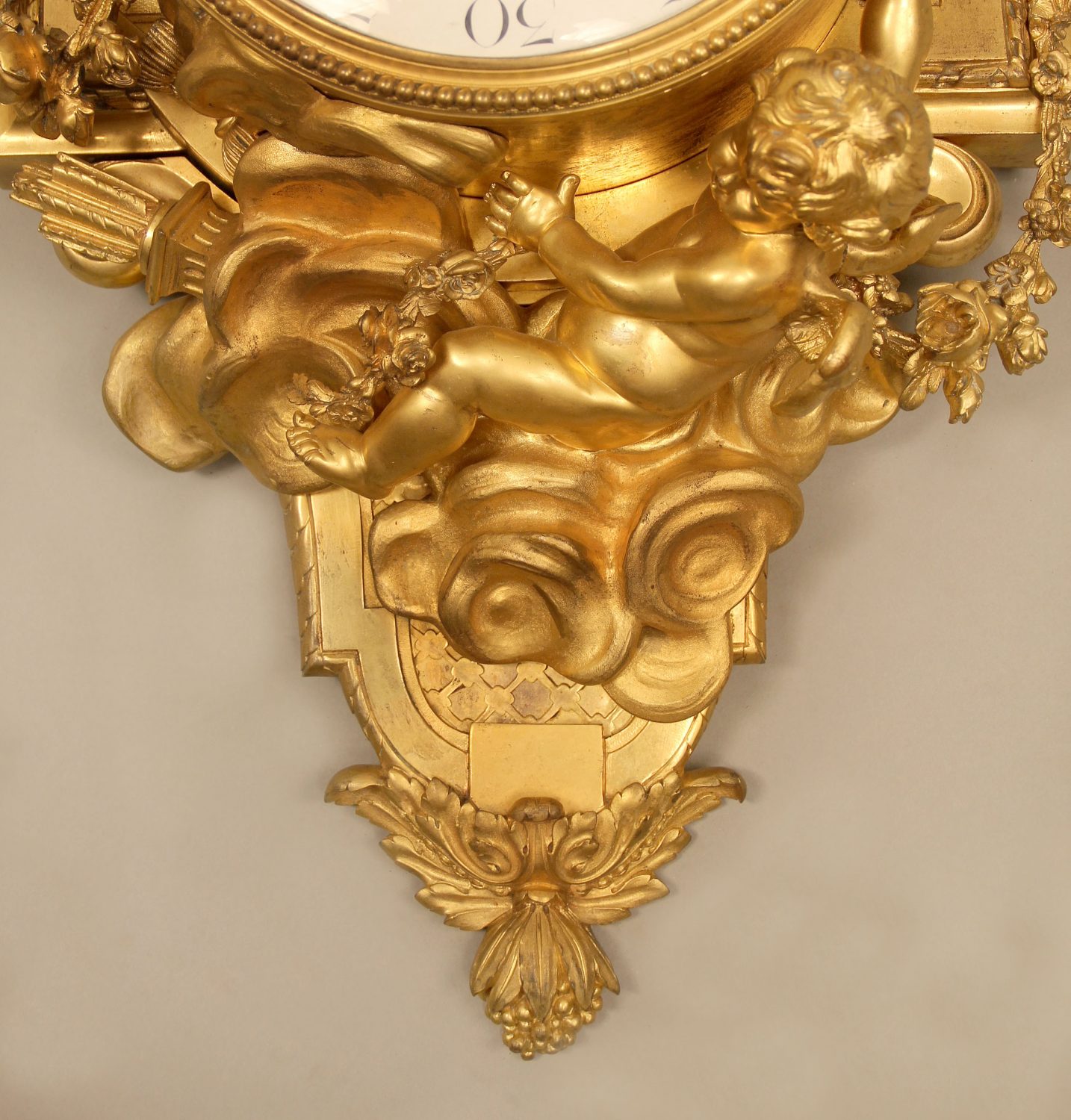 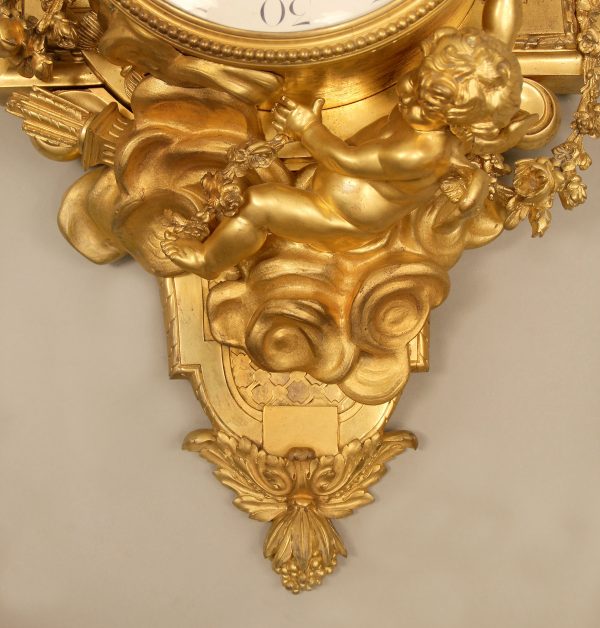 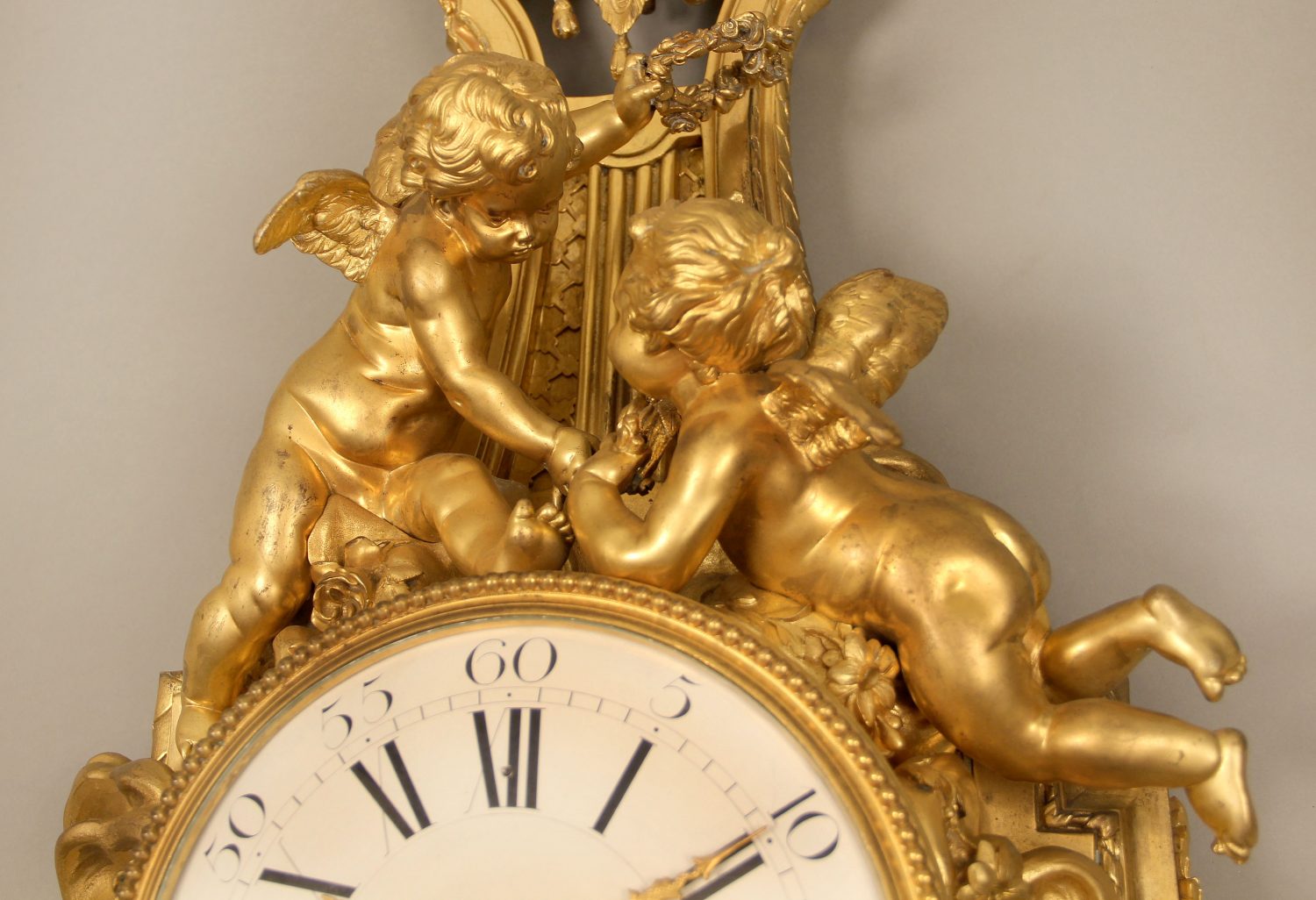 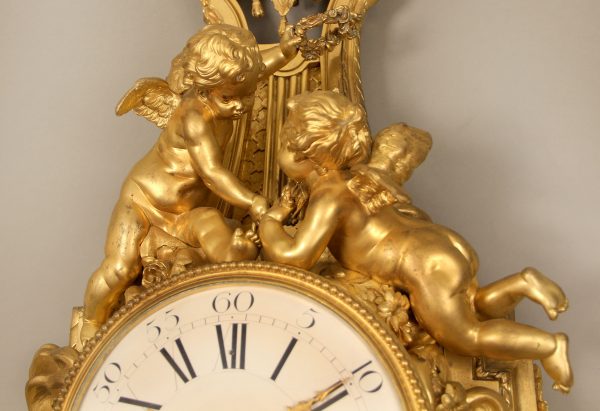 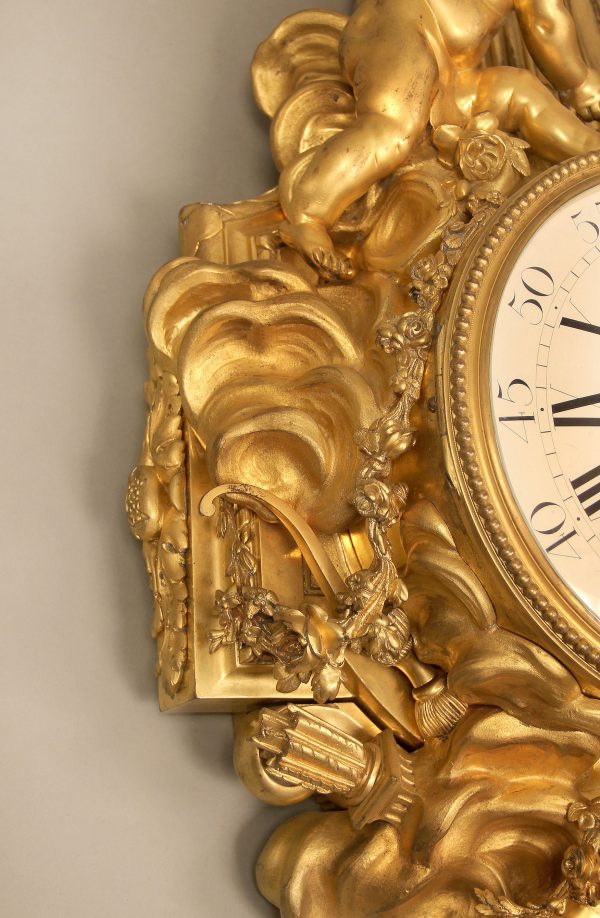 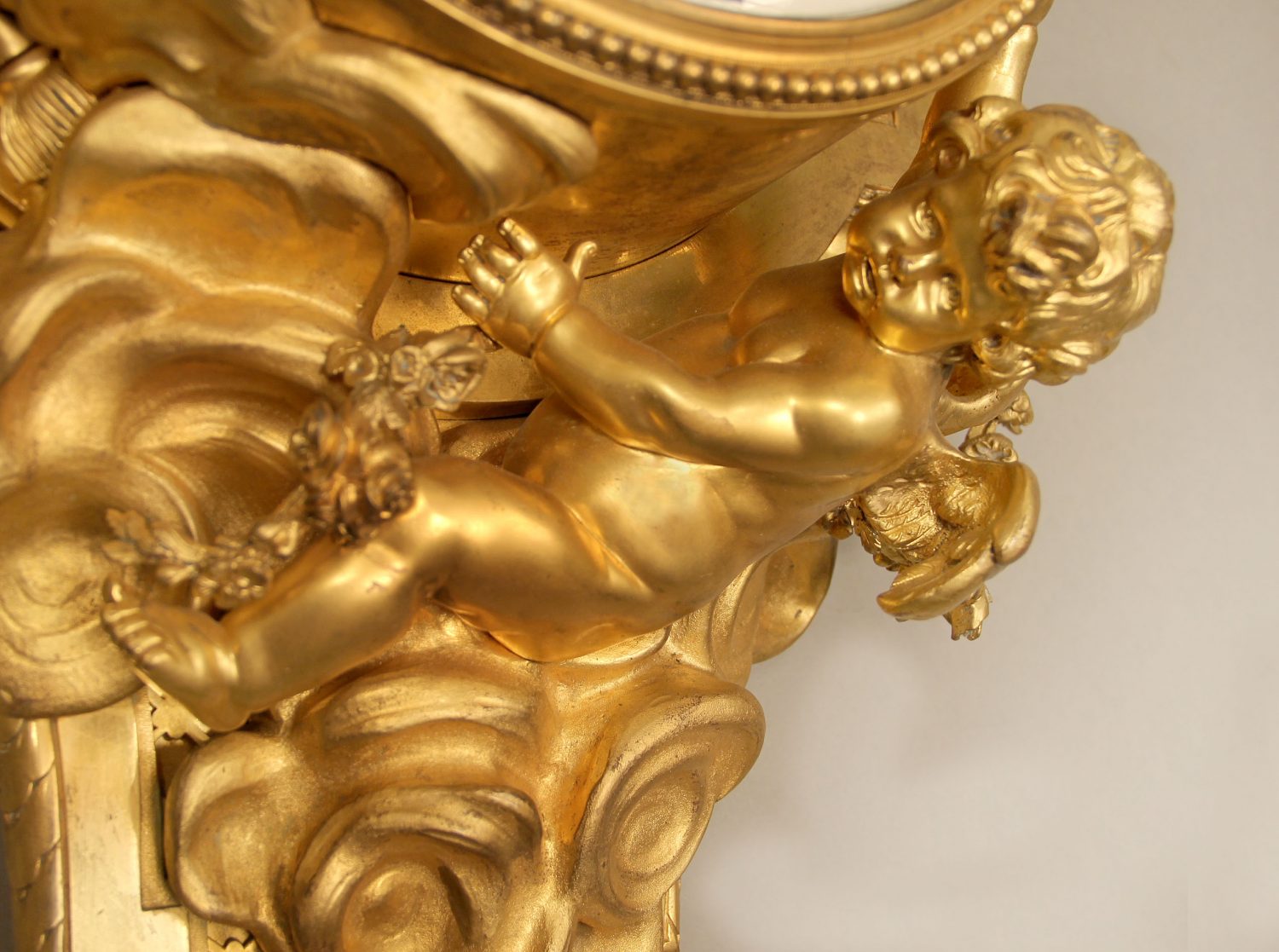 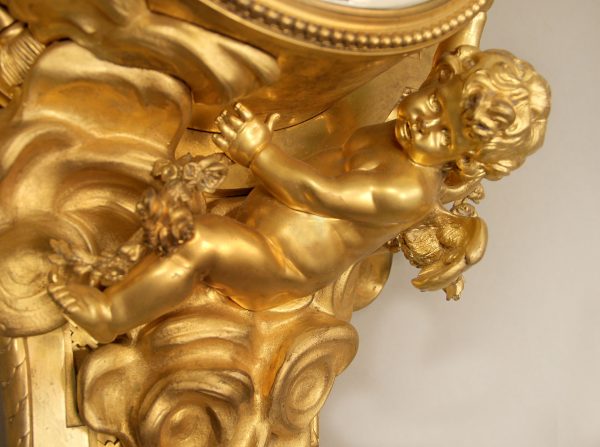 The heavy and great quality bronze clock is topped by an urn with rams heads and curtains, centered with three large cherubs floating in clouds surrounding the clock face, with flowers, garlands and a quiver of arrows.