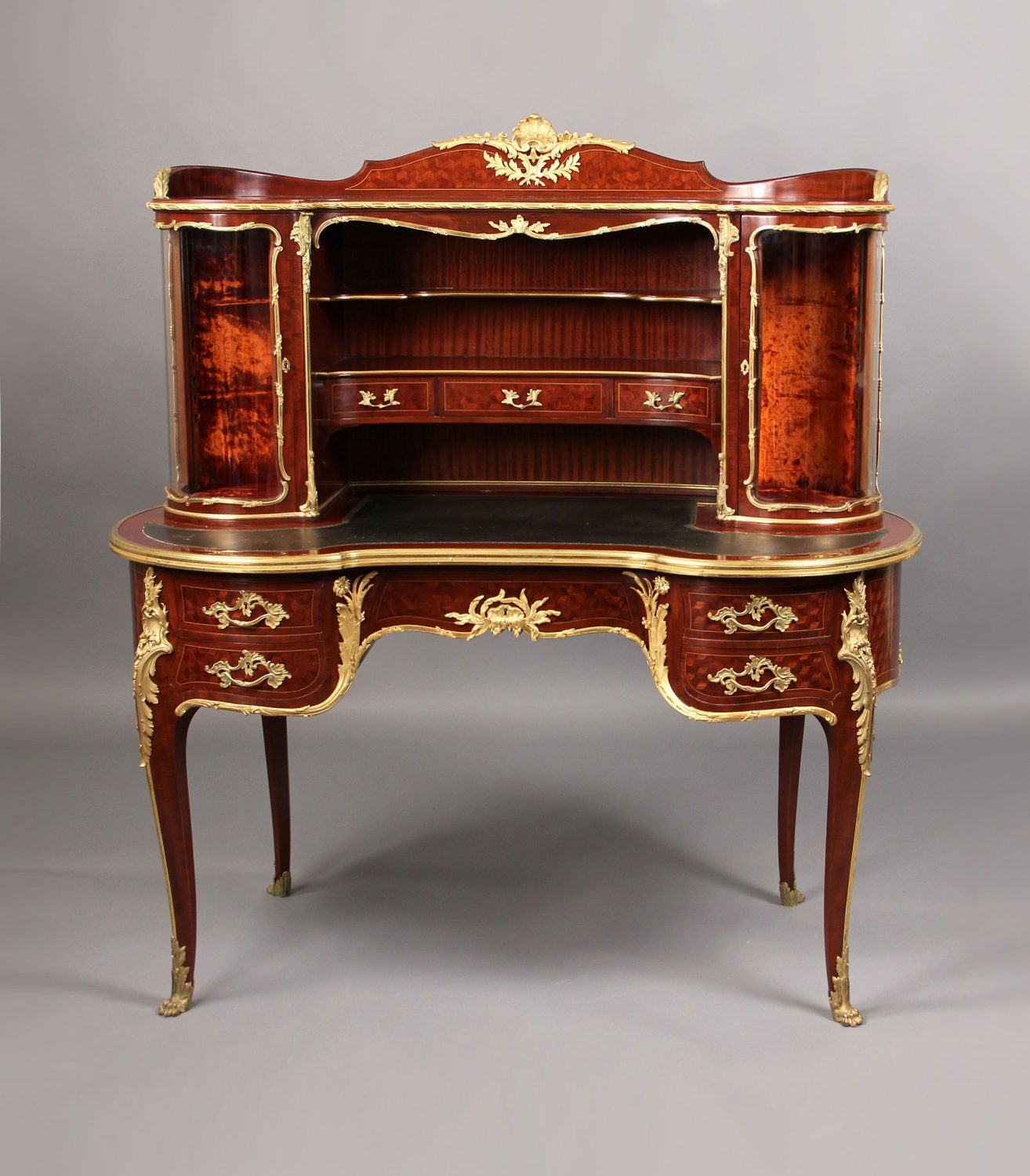 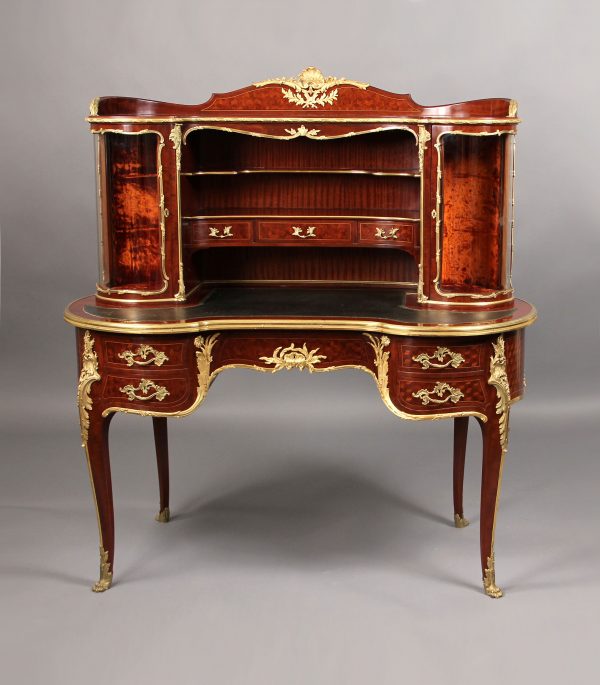 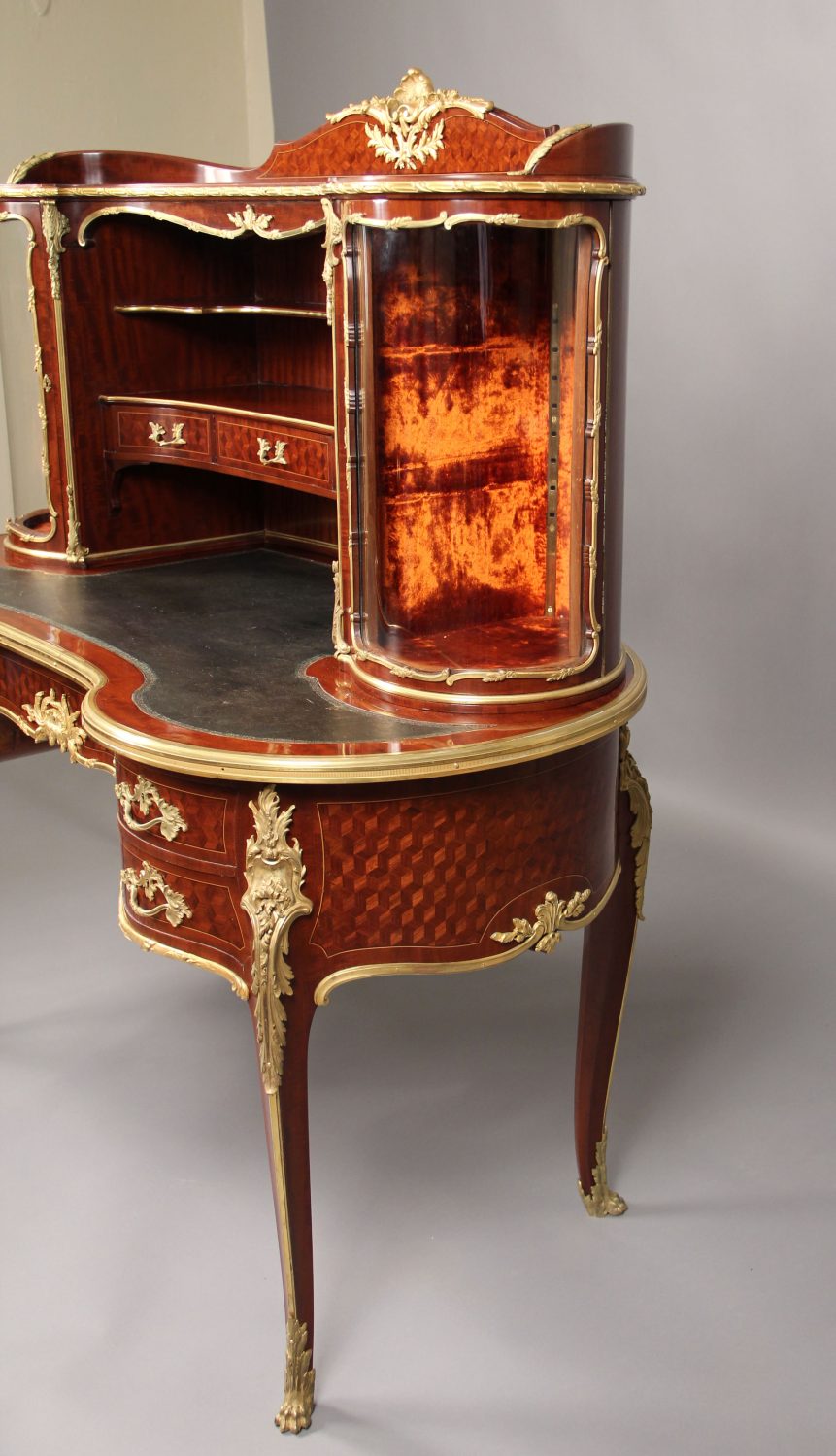 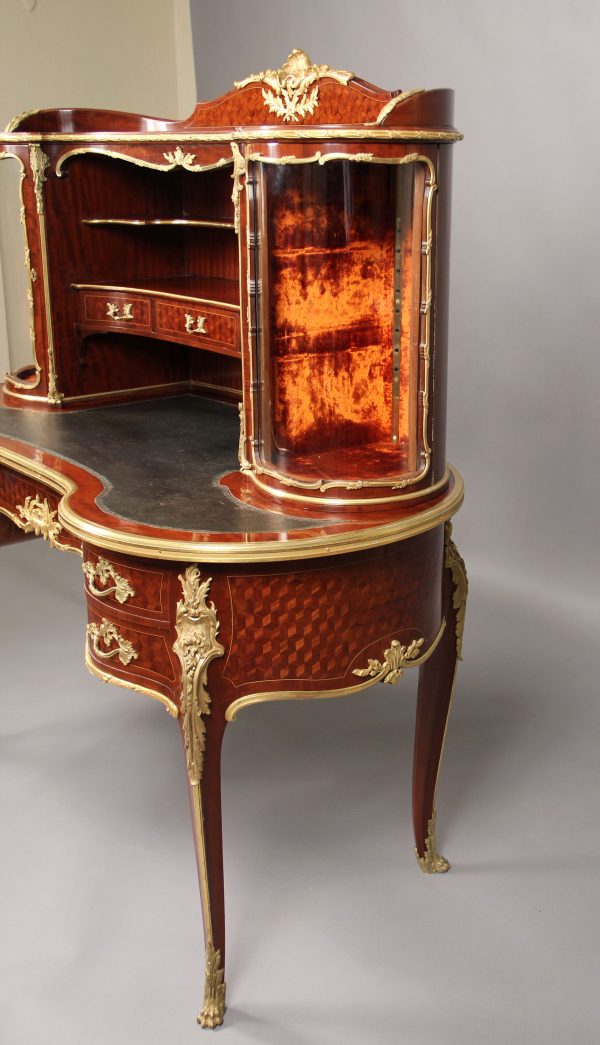 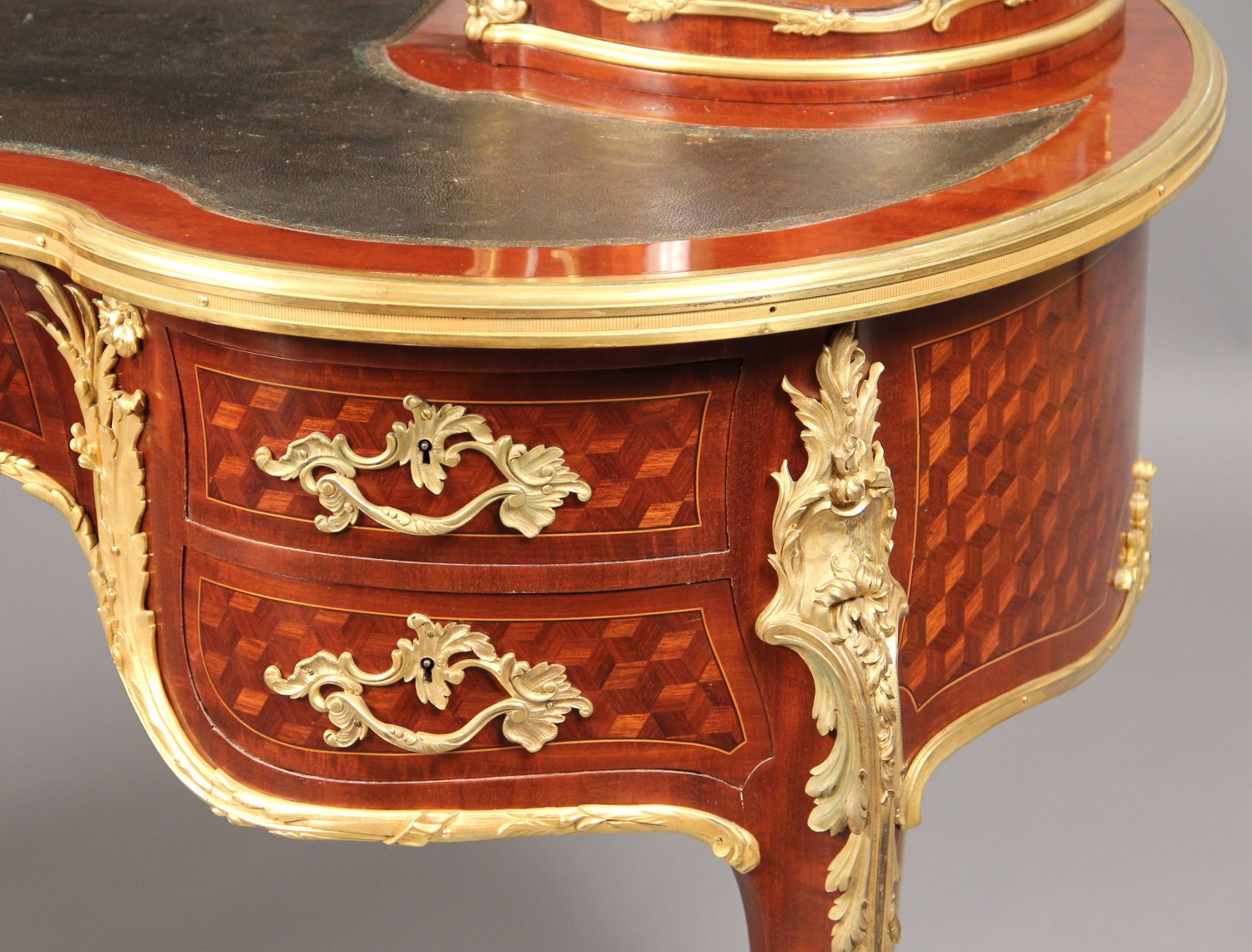 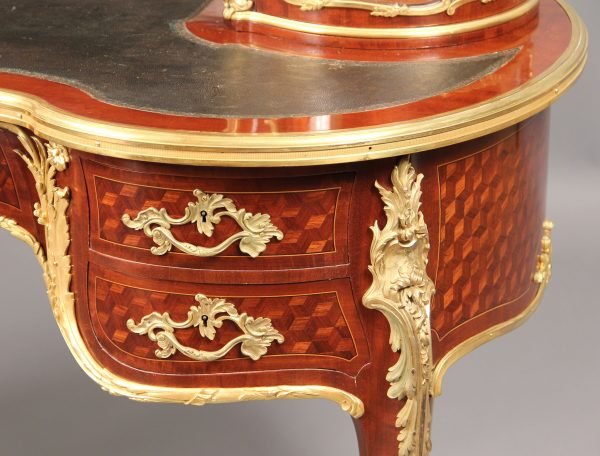 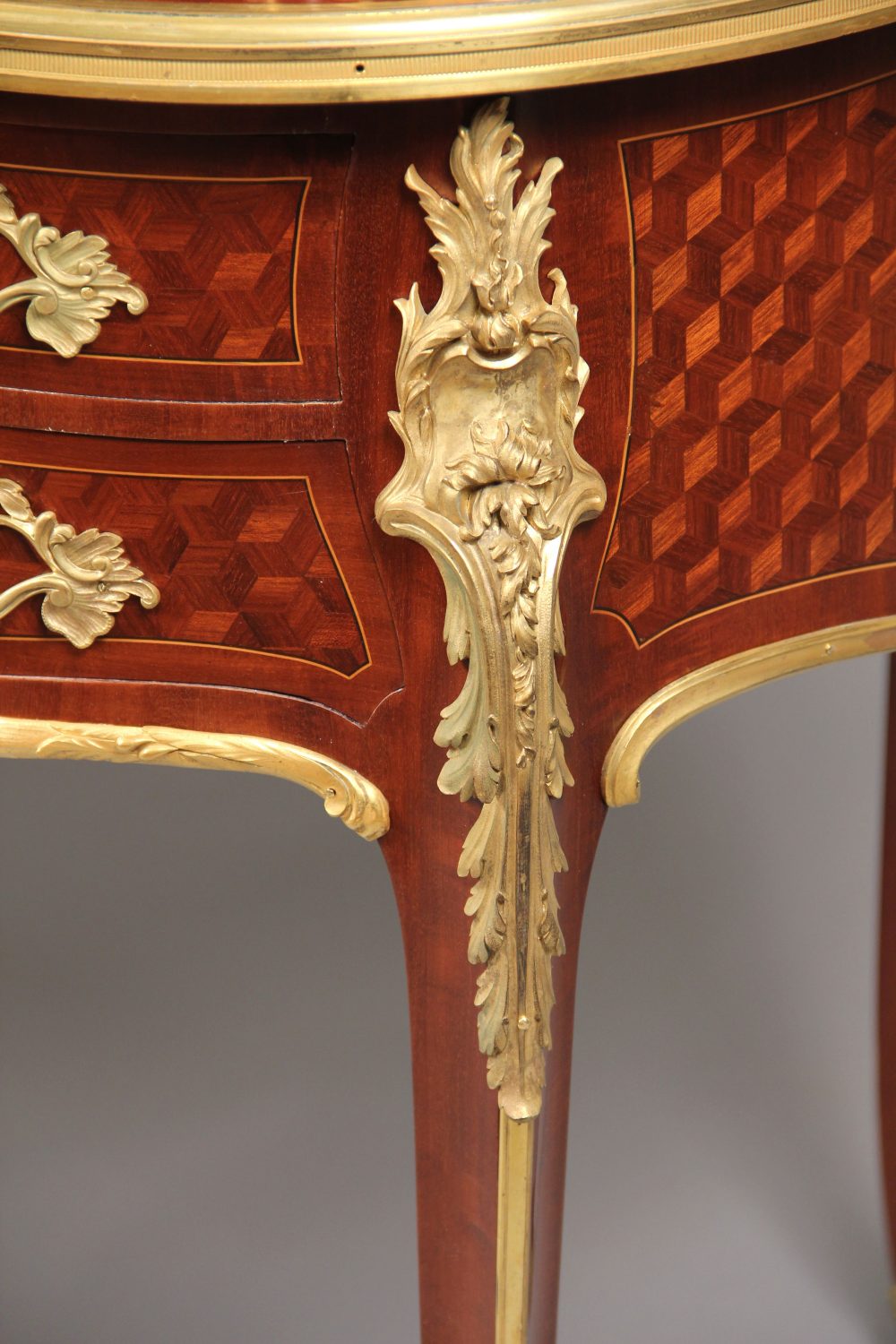 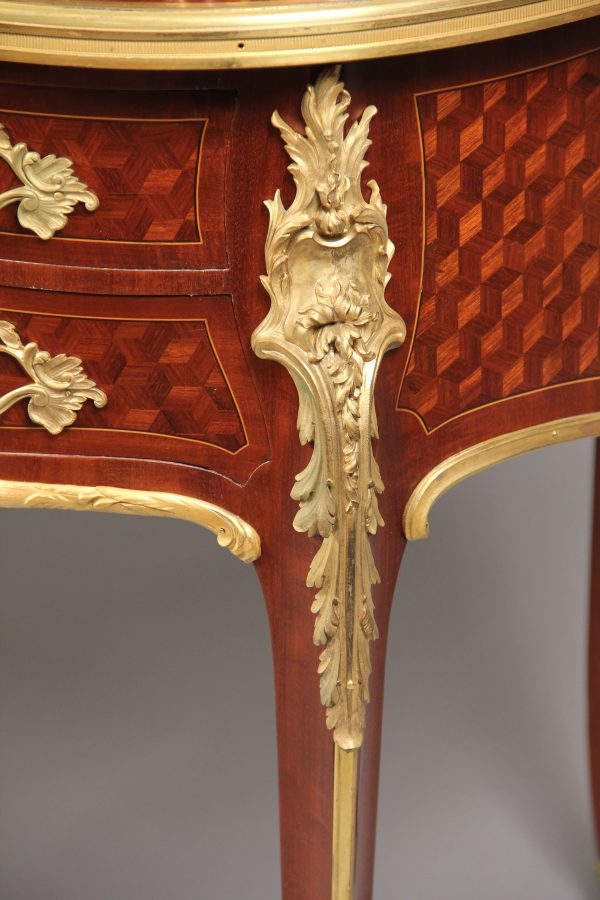 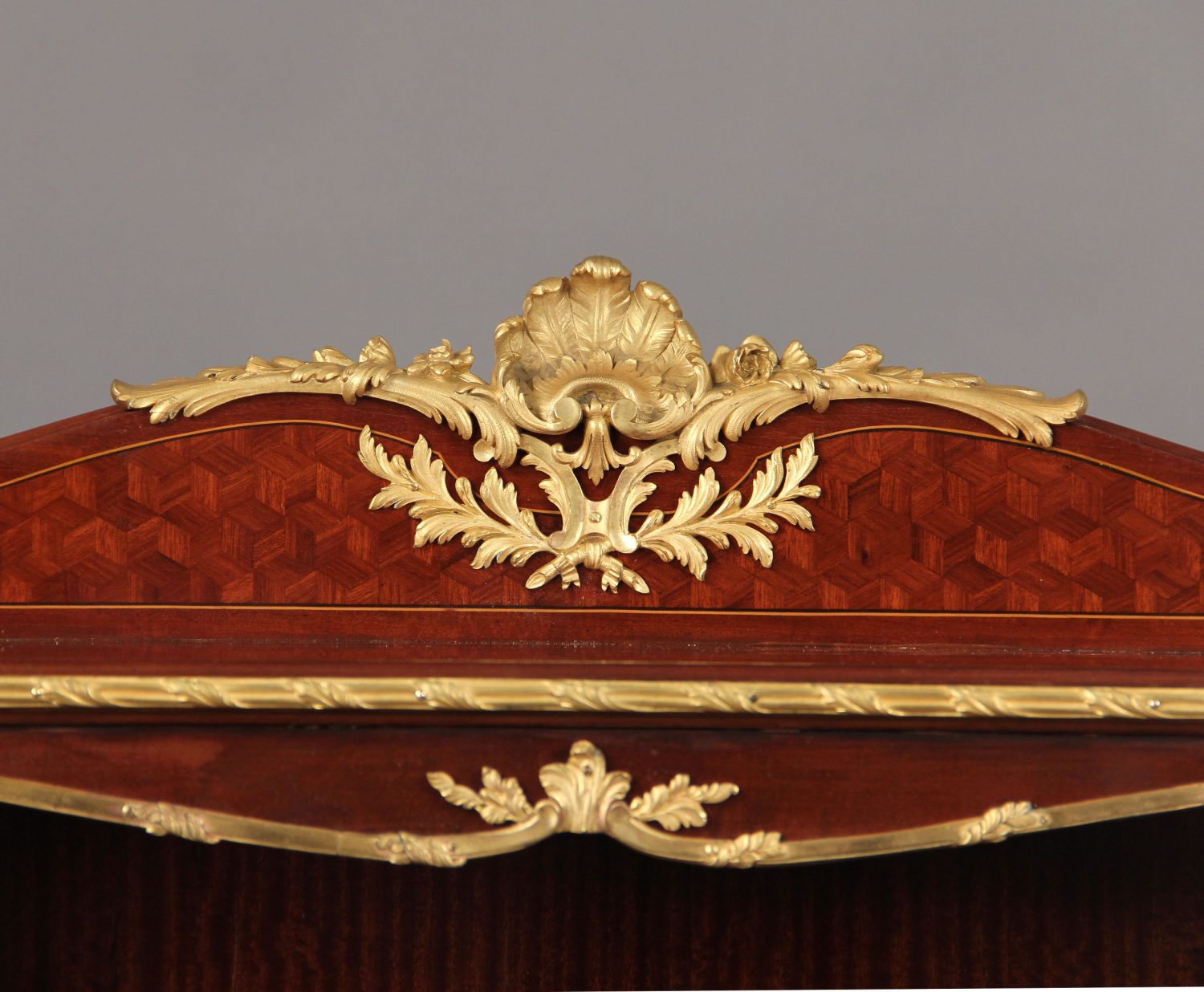 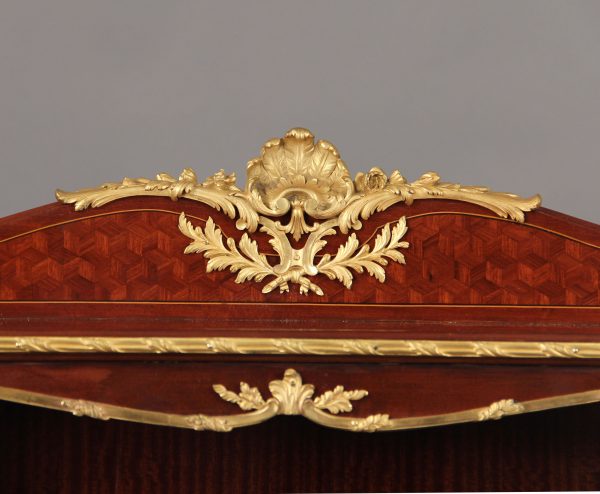 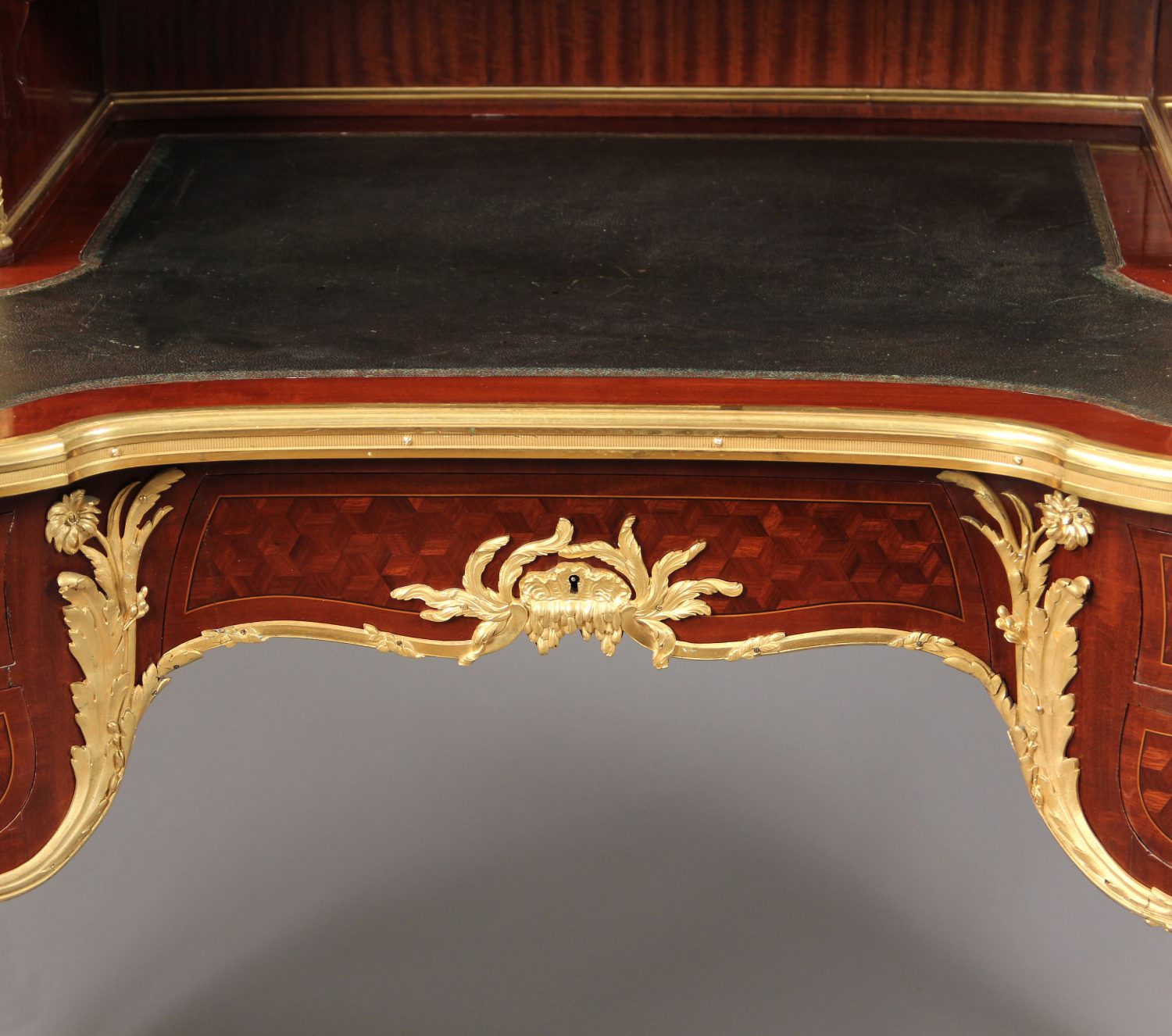 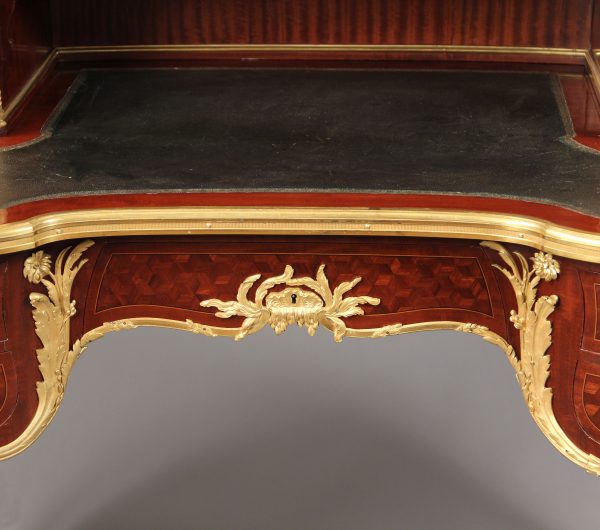 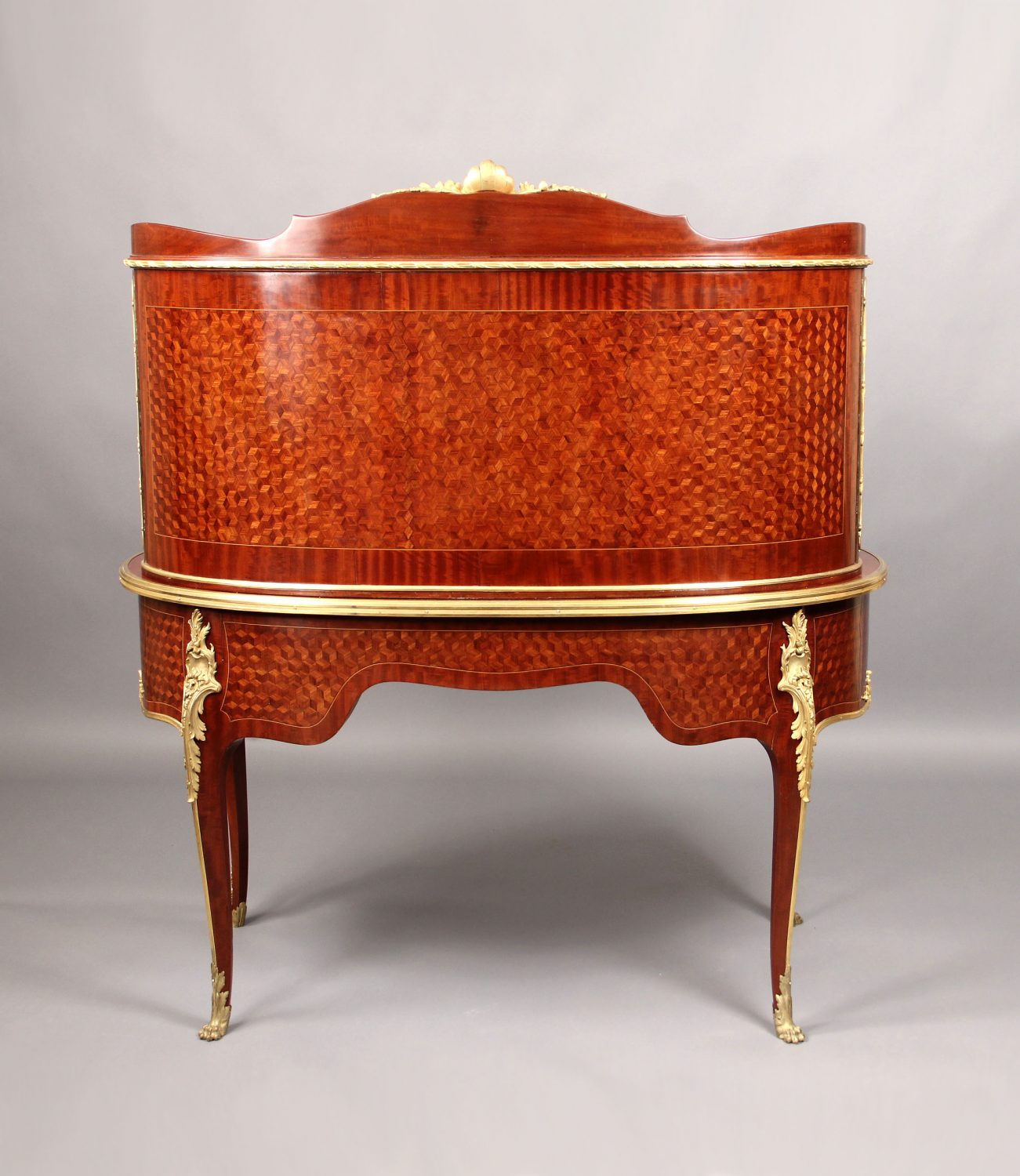 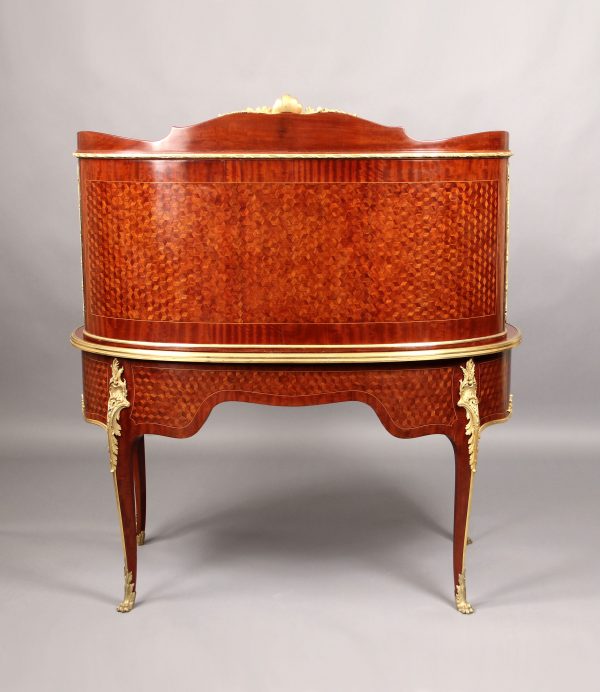 The upper case with shaped top, surmounted by a serpentine three quarter gallery centered by a rocaille cresting over a pair of shaped shelves and three short drawers adorsed by demilune glazed panel cabinets with foliate cast bandings enclosing a shelved interior; the lower case with leather writing inset over a frieze drawer centered by a rocaille and flanked by a pair of small drawers raised on cabriole legs headed by foliate chutes and ending on paw feet.

Linke was born in Pankraz in Bohemia and was celebrated by the French as one of the greatest ébénistes of meubles de style at the turn of the century. He began his apprenticeship with a Bohemian master at the age of thirteen. Four years later, he toured Austria, settling and working in Vienna for two years.Linke arrived in Paris 1875, and by 1881 he had established his own small workshop at 170 rue du Faubourg St. Antoine. Taking 18th century styles as his starting point and adapting earlier styles to contemporary taste, Linke produced fine quality furniture, steadily expanding his business during the next 20 years. He firmly established his reputation after receiving a gold medal at the Paris Universal Exhibition of 1900 for his extraordinary Grand Bureau. He continued to use international fairs as a means of exploring new markets, exhibiting at the 1904 World’s Fair in St. Louis, the Liege in Belgium and the 1908 Franco-British exhibition in London. Linke’s highly original designs sprang from the Régence and Rococo styles but were imbued with something quite new – Rococo curves were laden with gilt-bronze sculptural mounts in the tradition of A.-C. Boulle (1642-1732) or Charles Cressent (1685-1758). Stylistically, the new designs still adhered to the Rococo; the novelty, however, was Linke’s fusion of the Rococo with the liveliness and the fluidity of the ‘art nouveau’. The Revue called Linke’s creations entierement nouveau, and continued to say that ‘Linke’s stand is the biggest show in the history of art furniture in the year 1900…’ The mounts, or rather sculpture, were characteristic of the finest pieces from the Linke workshops. The most original designs were almost certainly created in collaboration with the enigmatic sculptor Léon Messagé, who excelled in creating lively, high relief, allegorical figures recalling the styles of Boucher and Falconet.