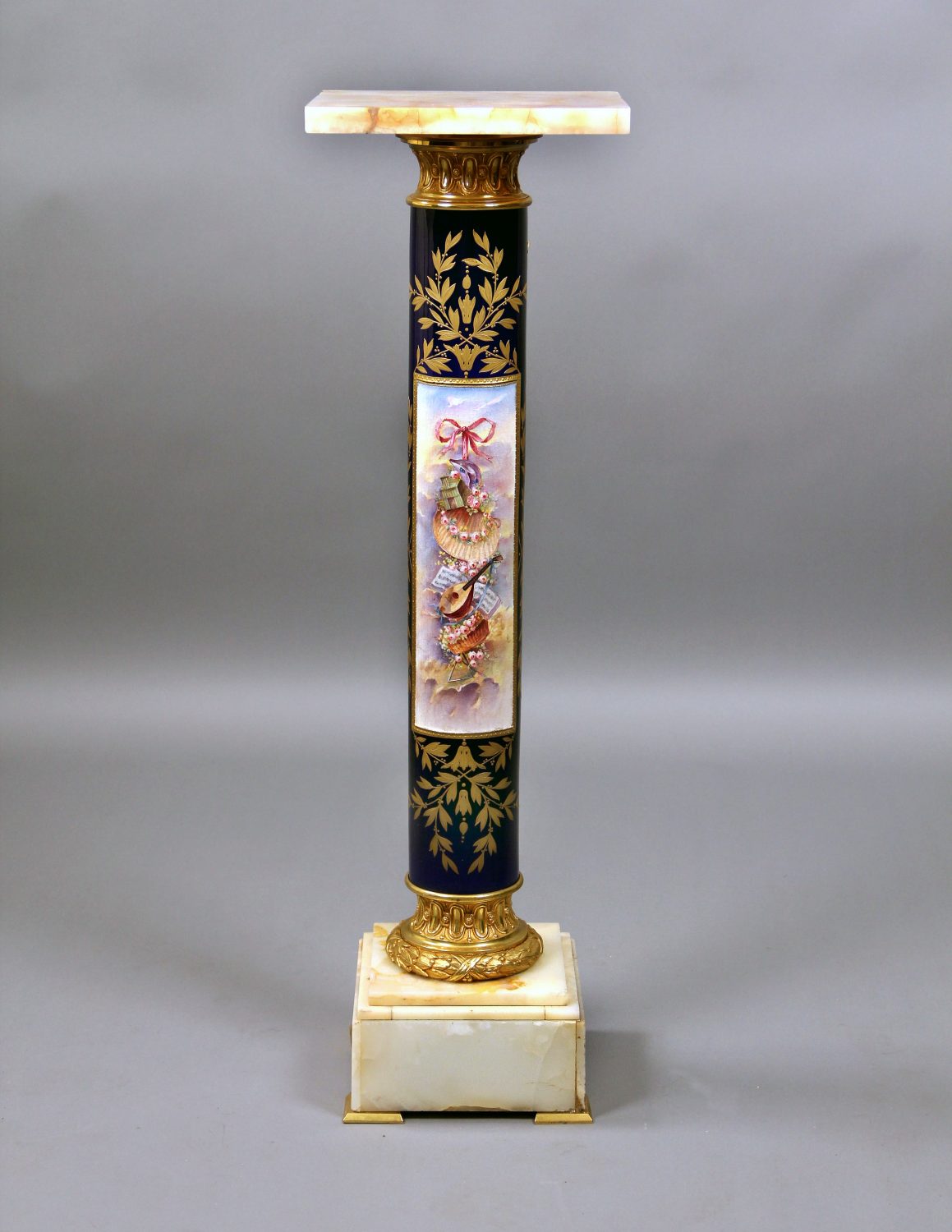 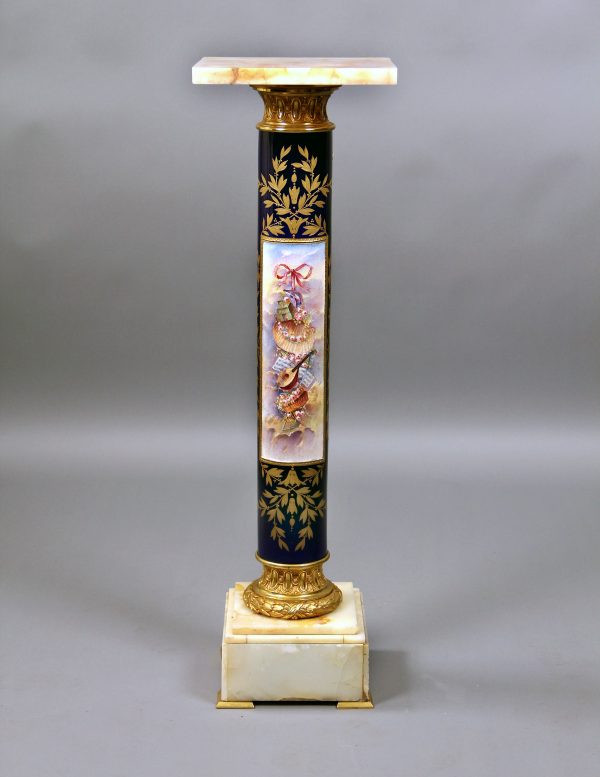 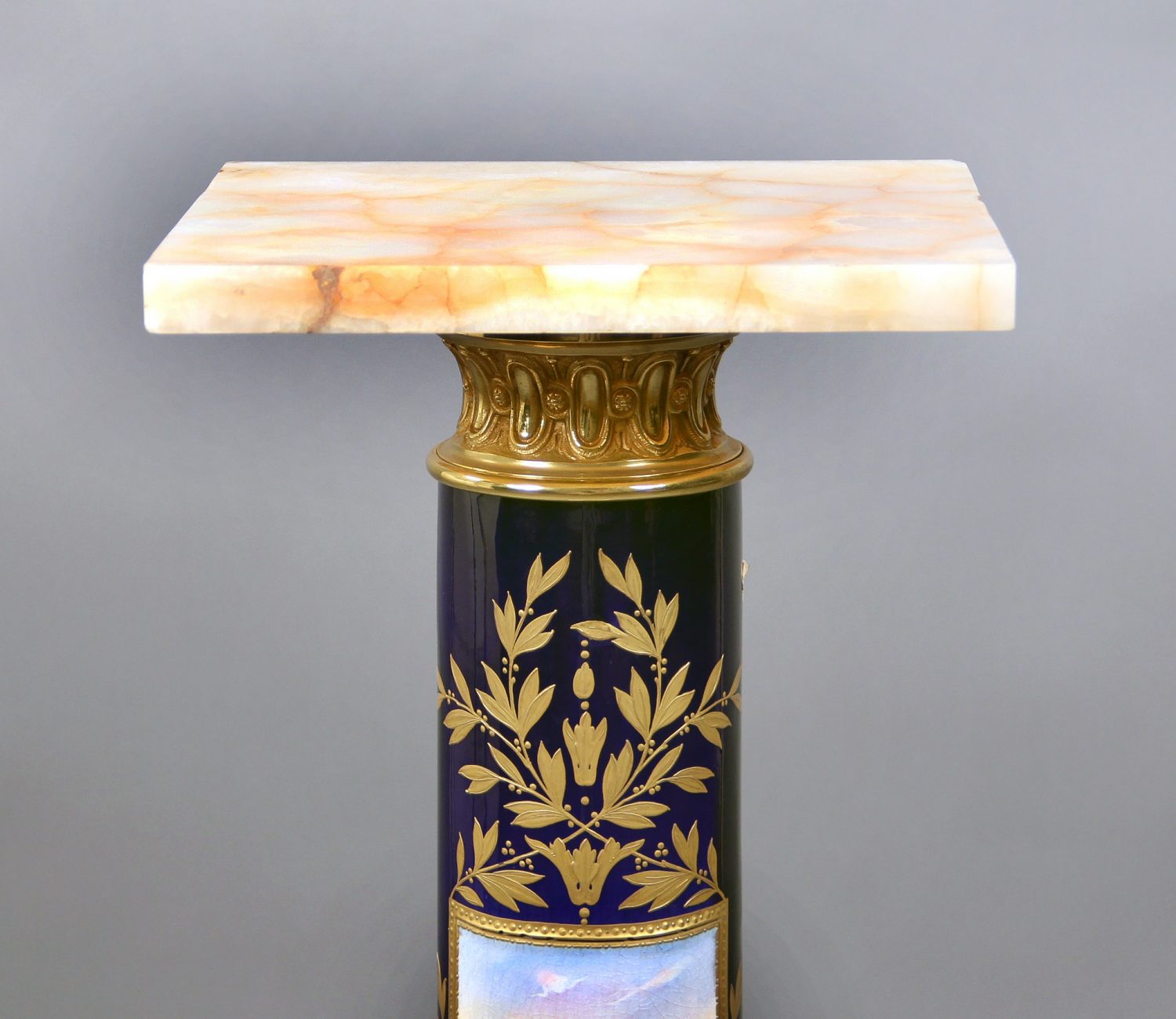 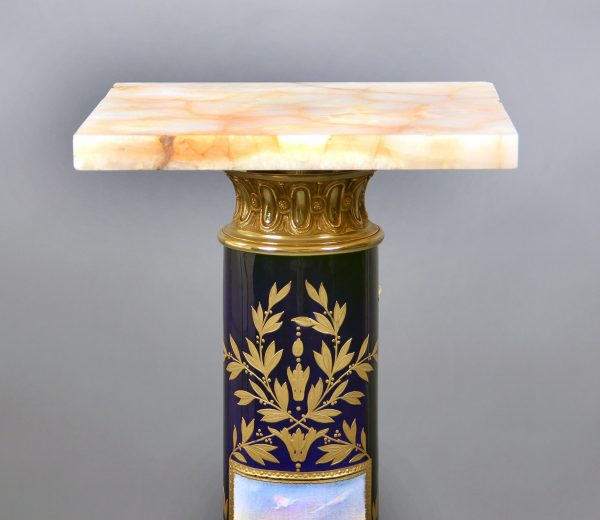 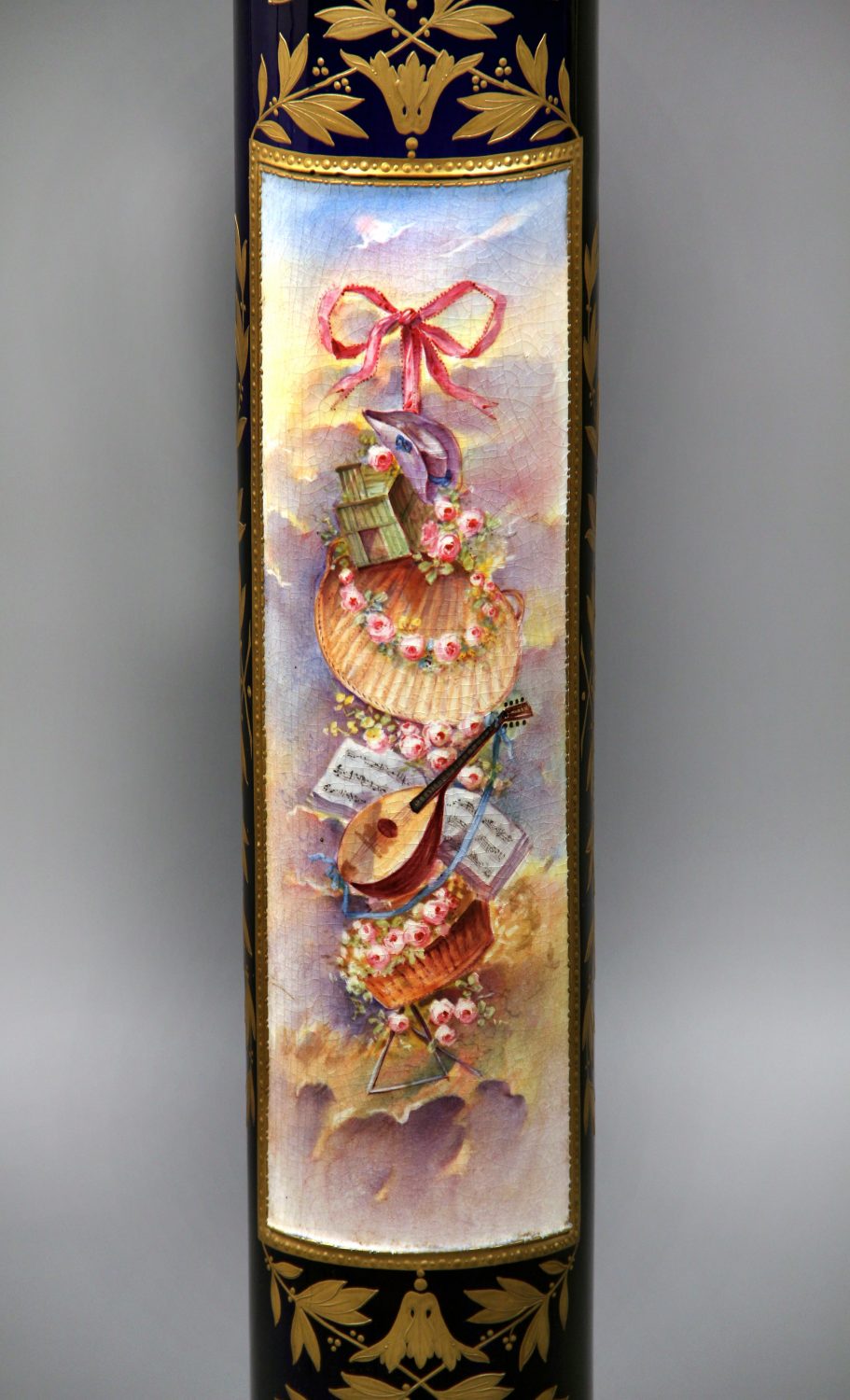 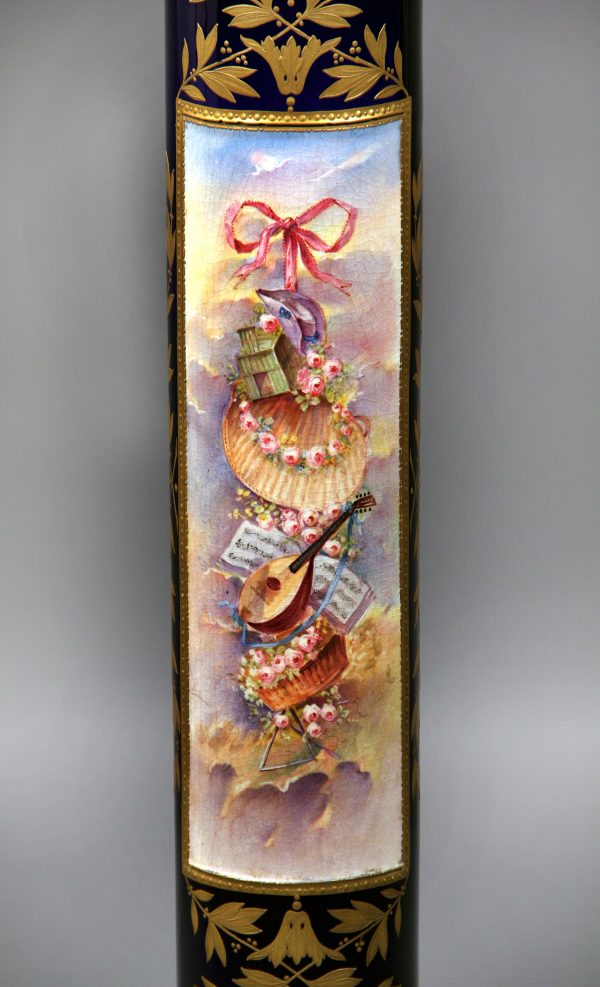 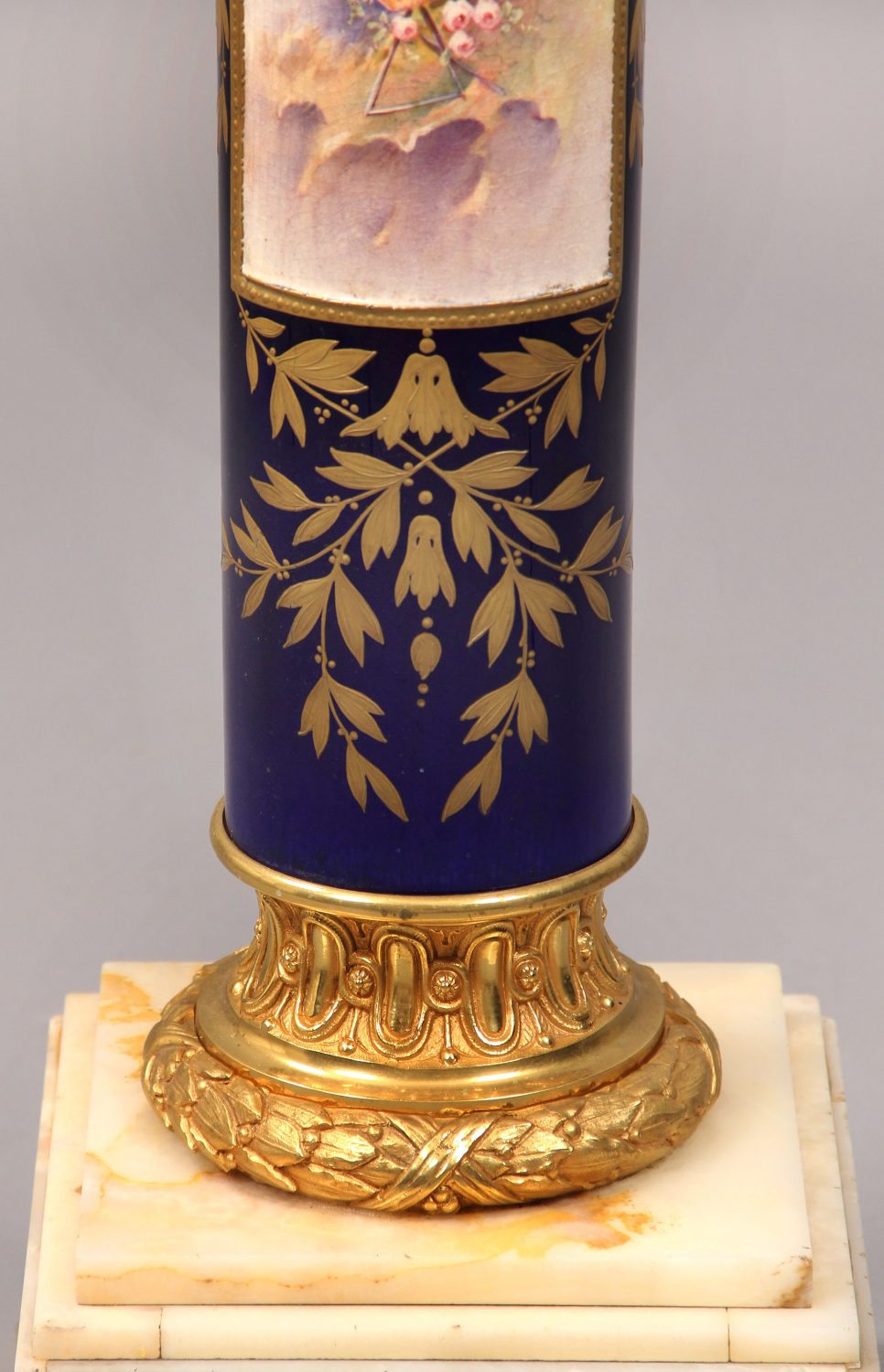 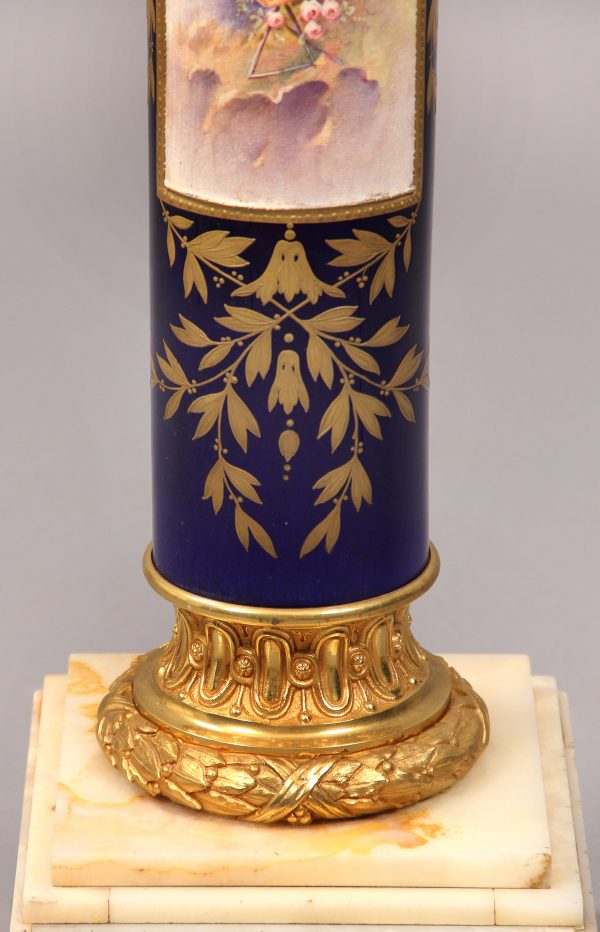 With square onyx top above columnar support painted with trophies in a rectangular panel flanked by scrolling gilt foliage, on a stepped onyx base.