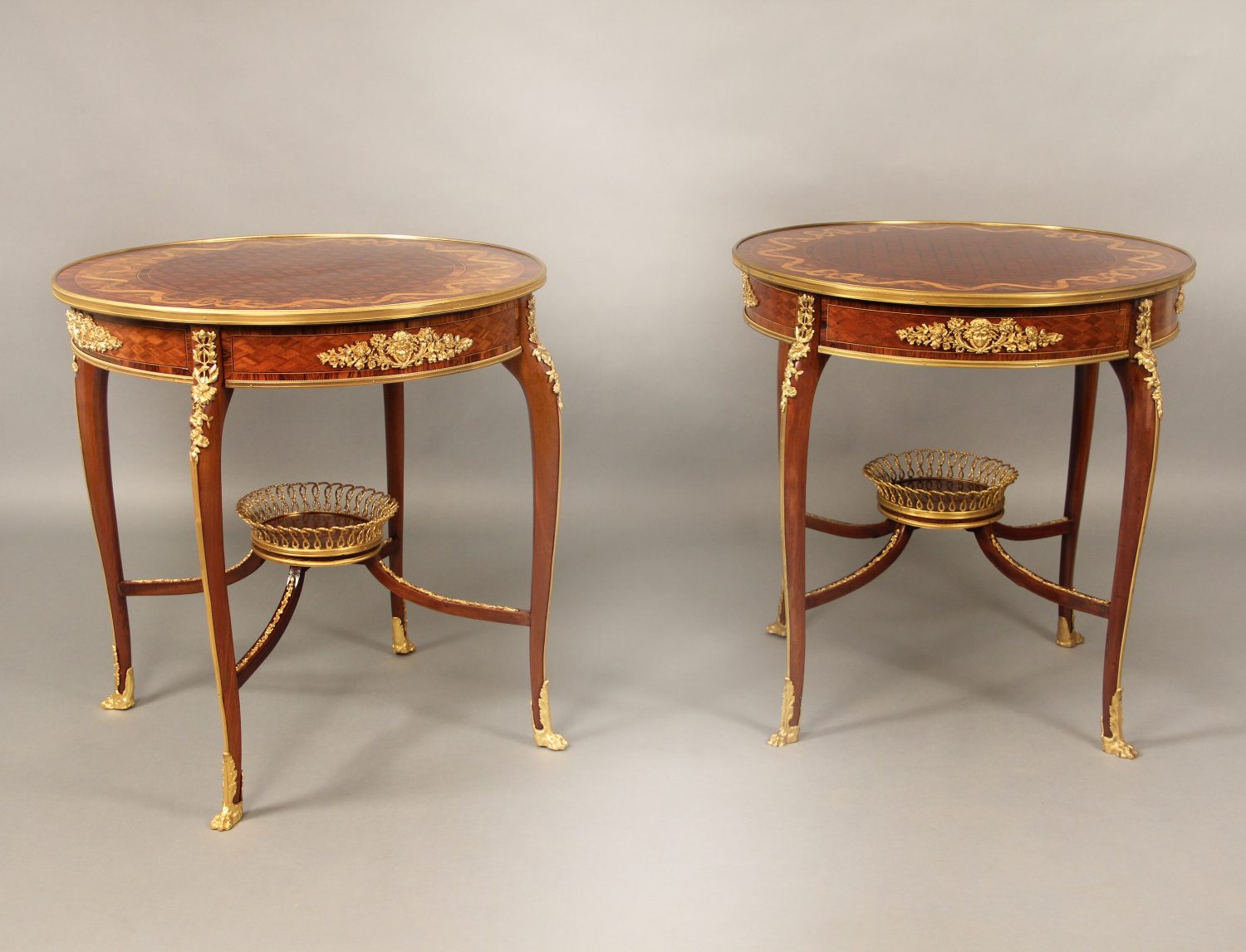 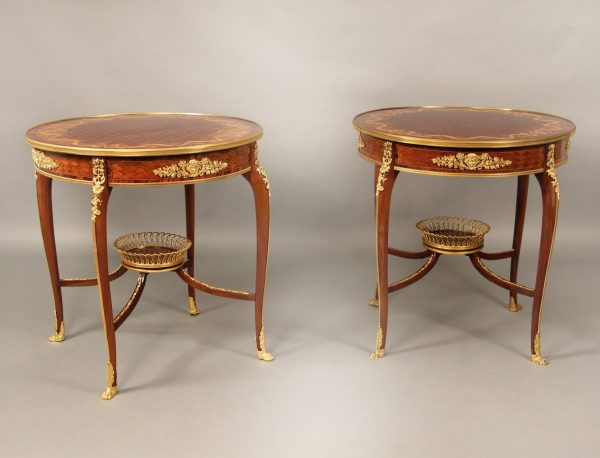 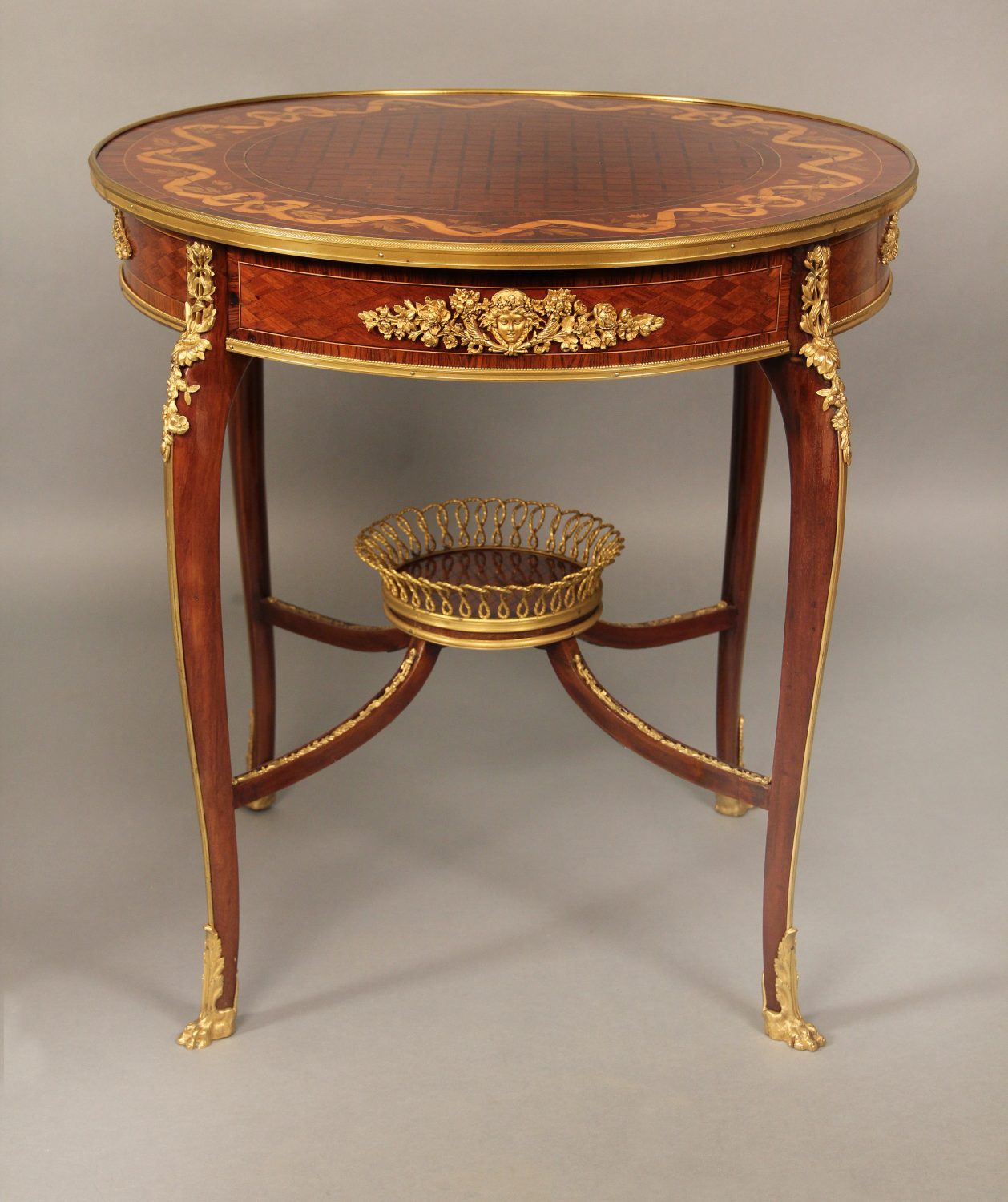 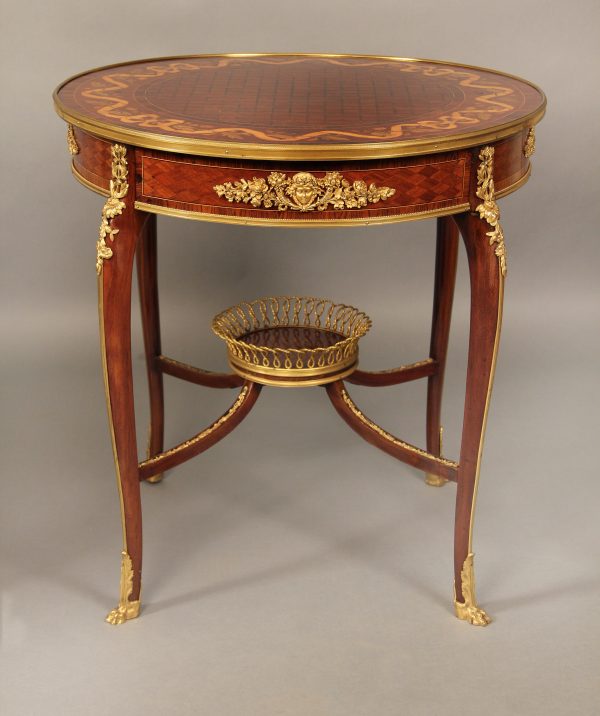 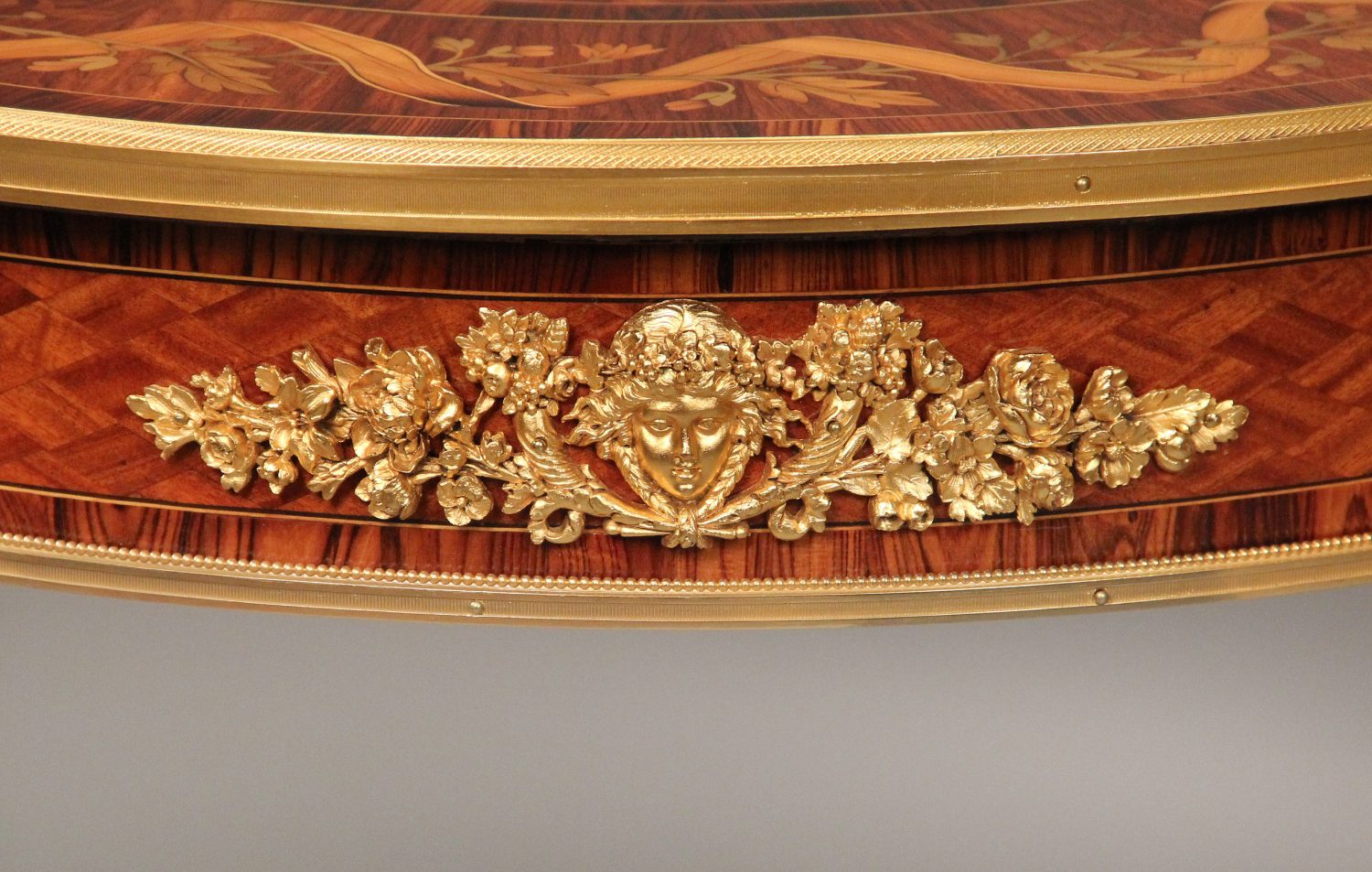 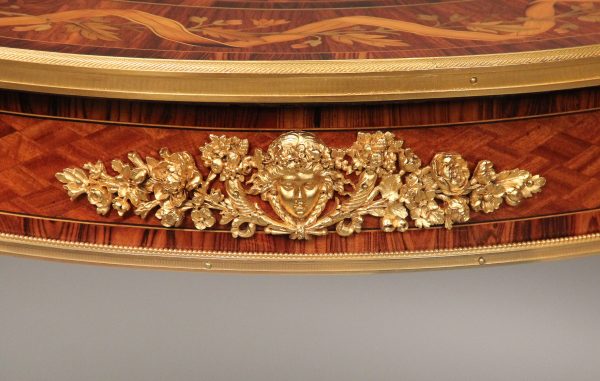 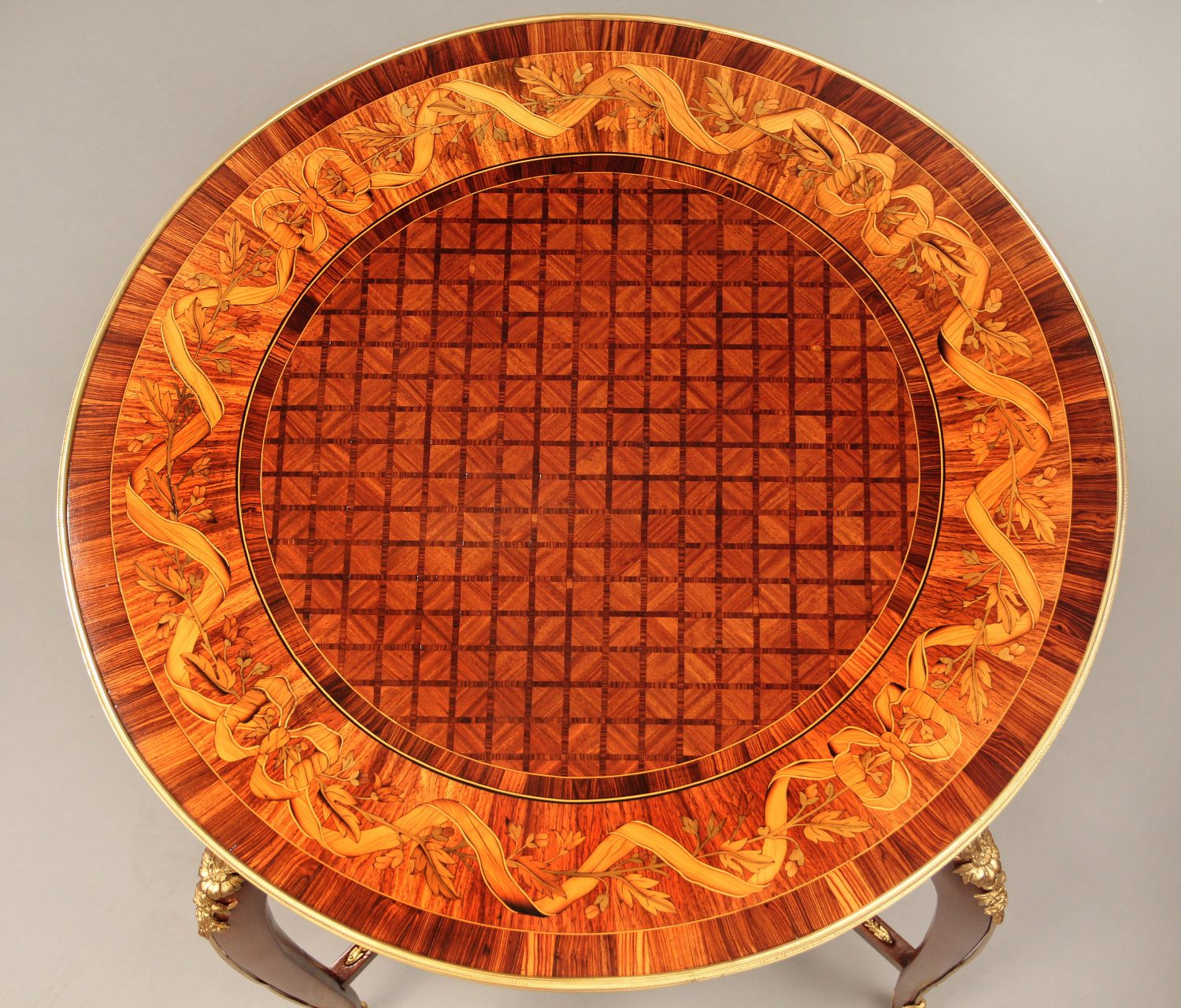 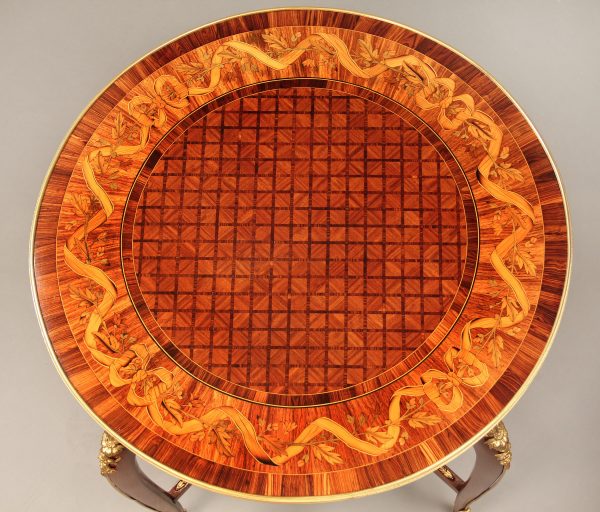 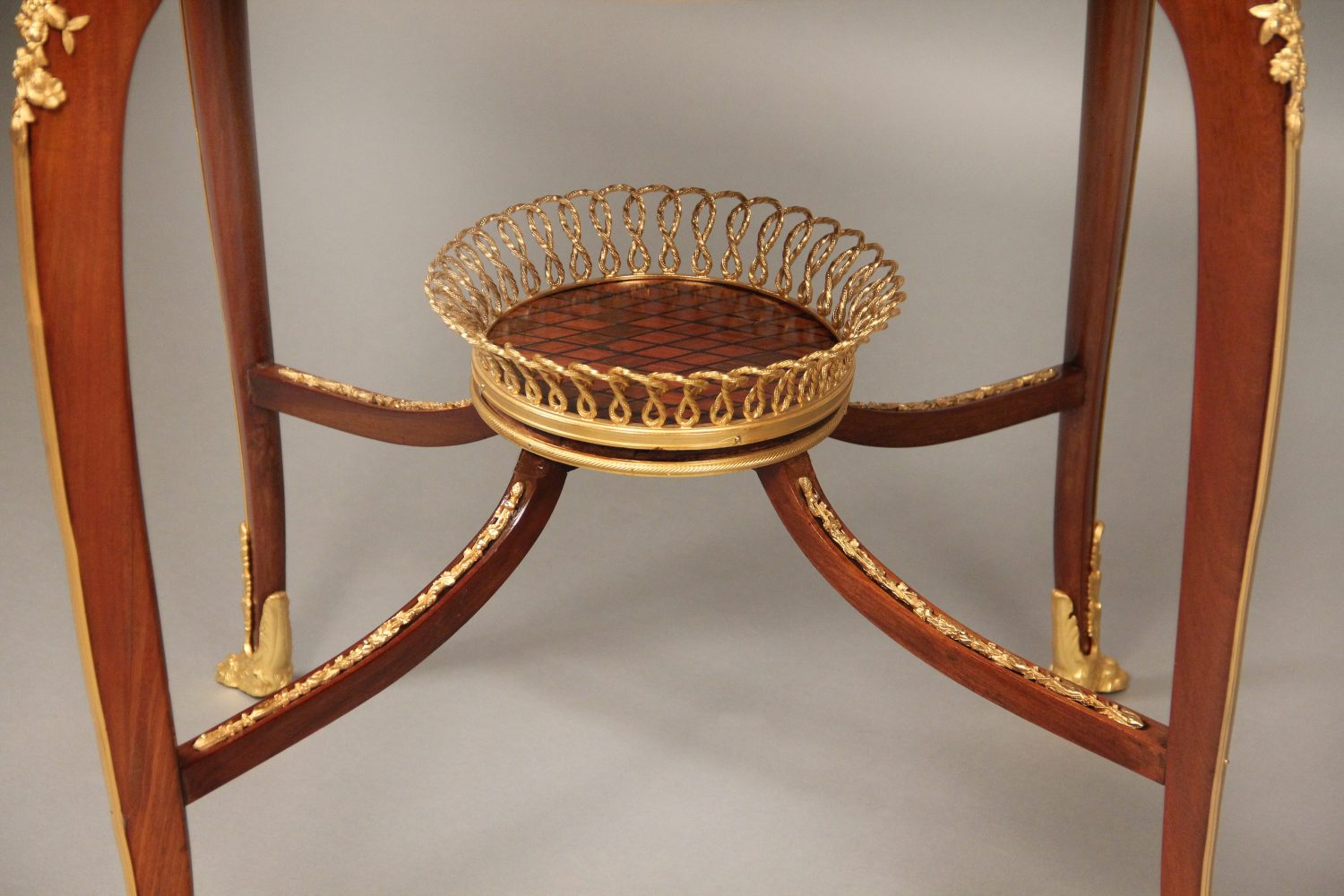 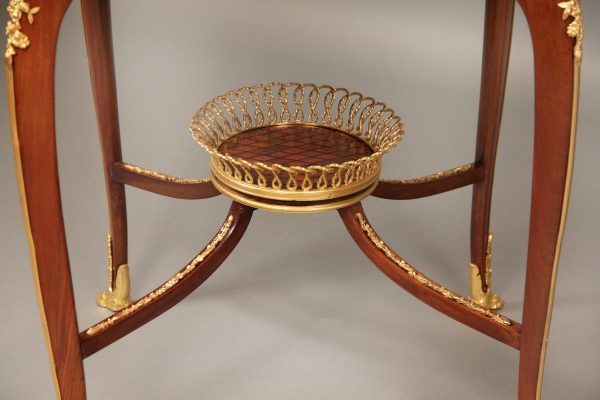 The crossbanded circular tops with a parquetry section within a ribbon tie and foliate border, above a frieze drawer applied with a female mask framed by cornucopia and trailing flowers, the cabriole legs are joined by a “X” form stretcher centered by a basket with a pierced border.