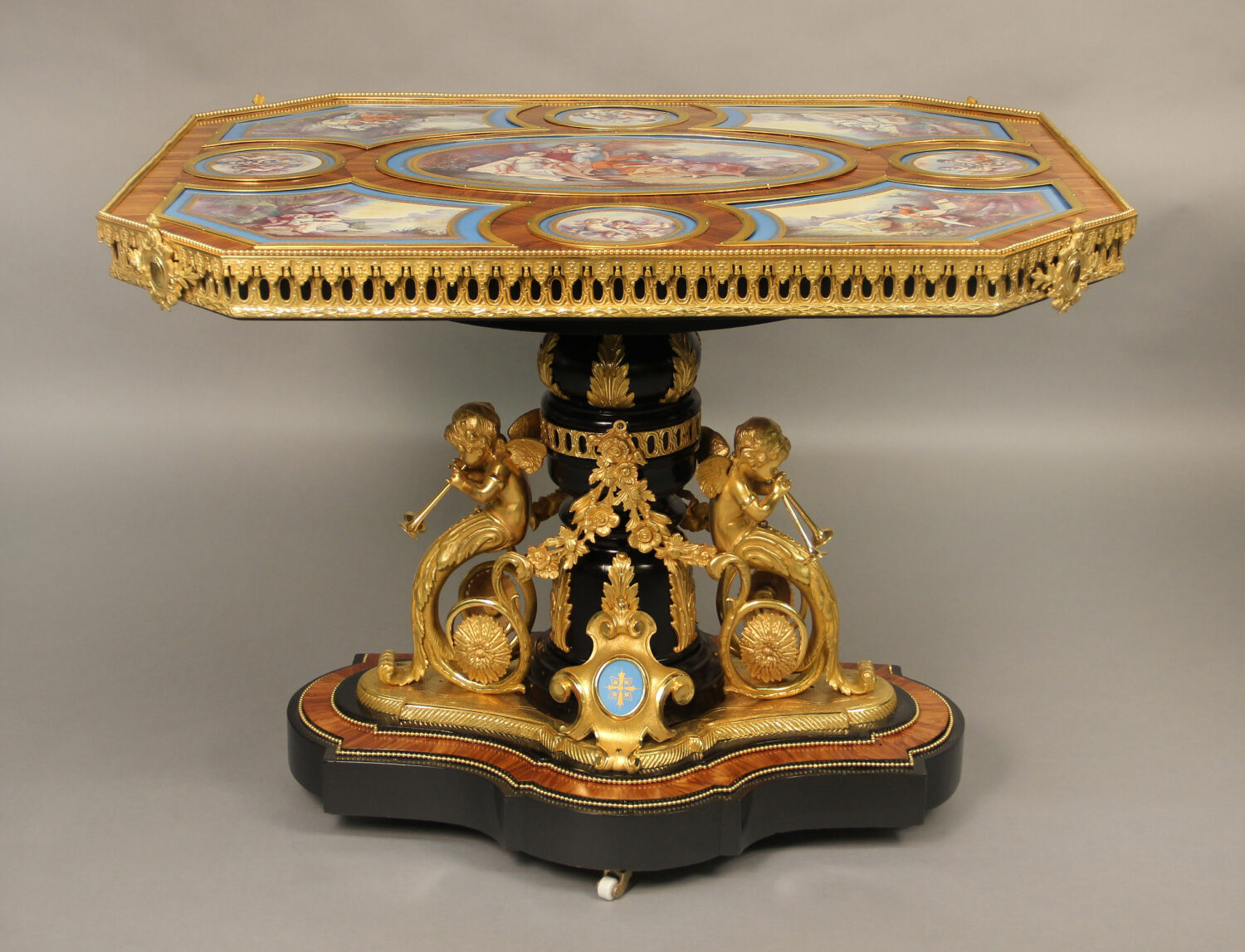 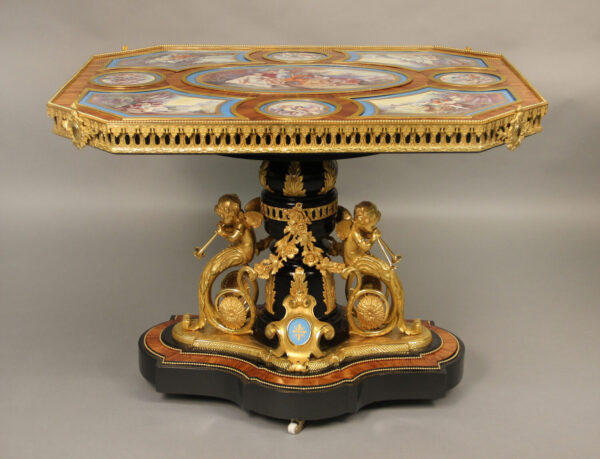 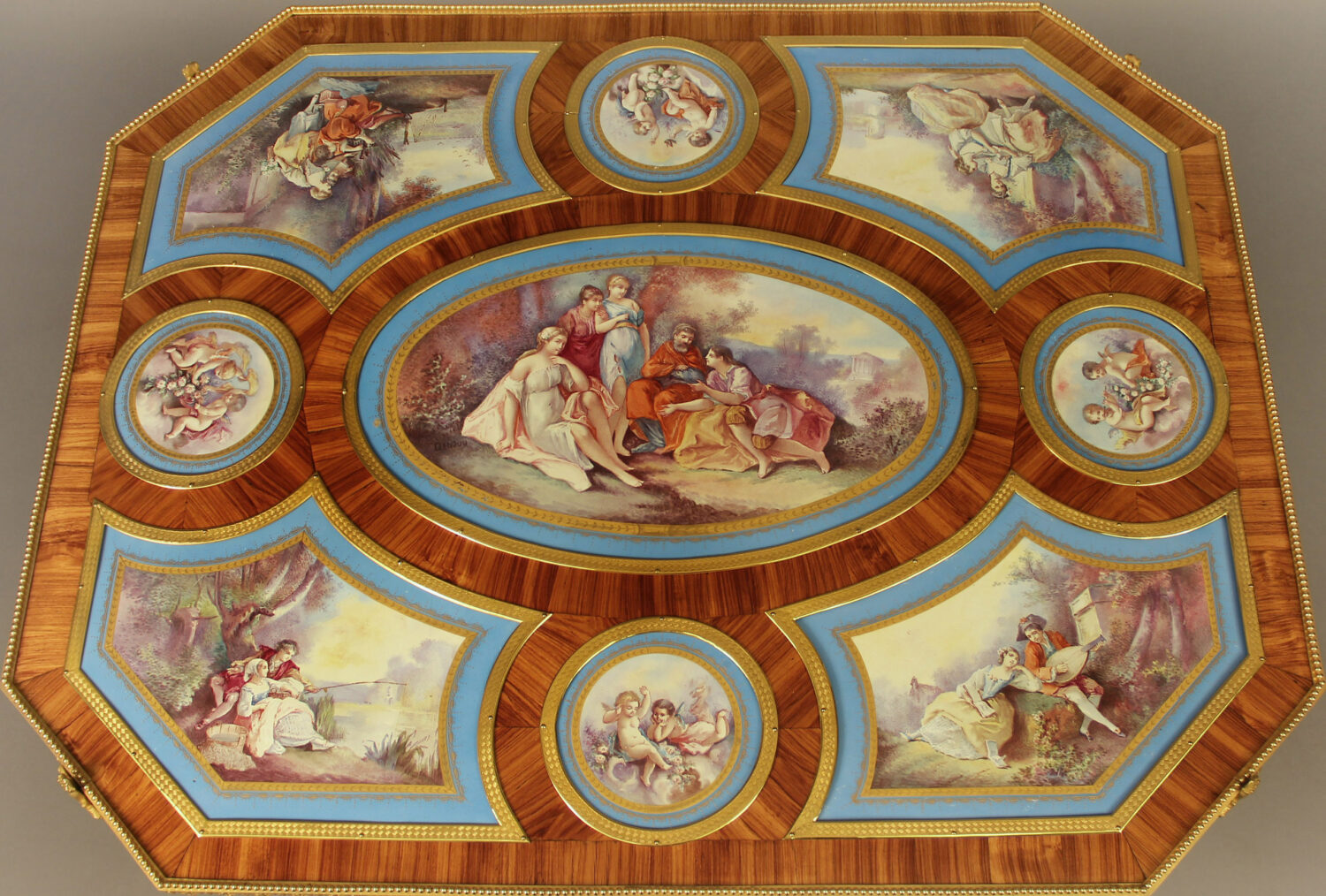 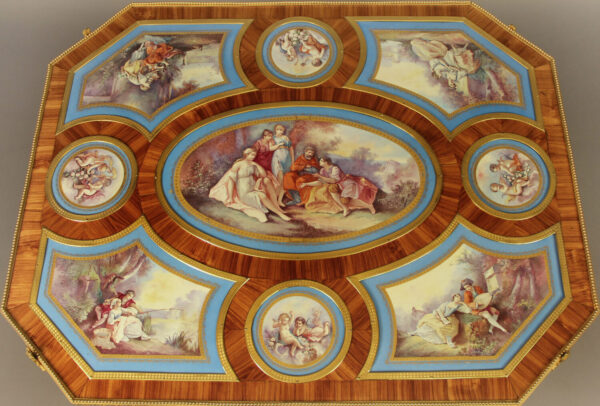 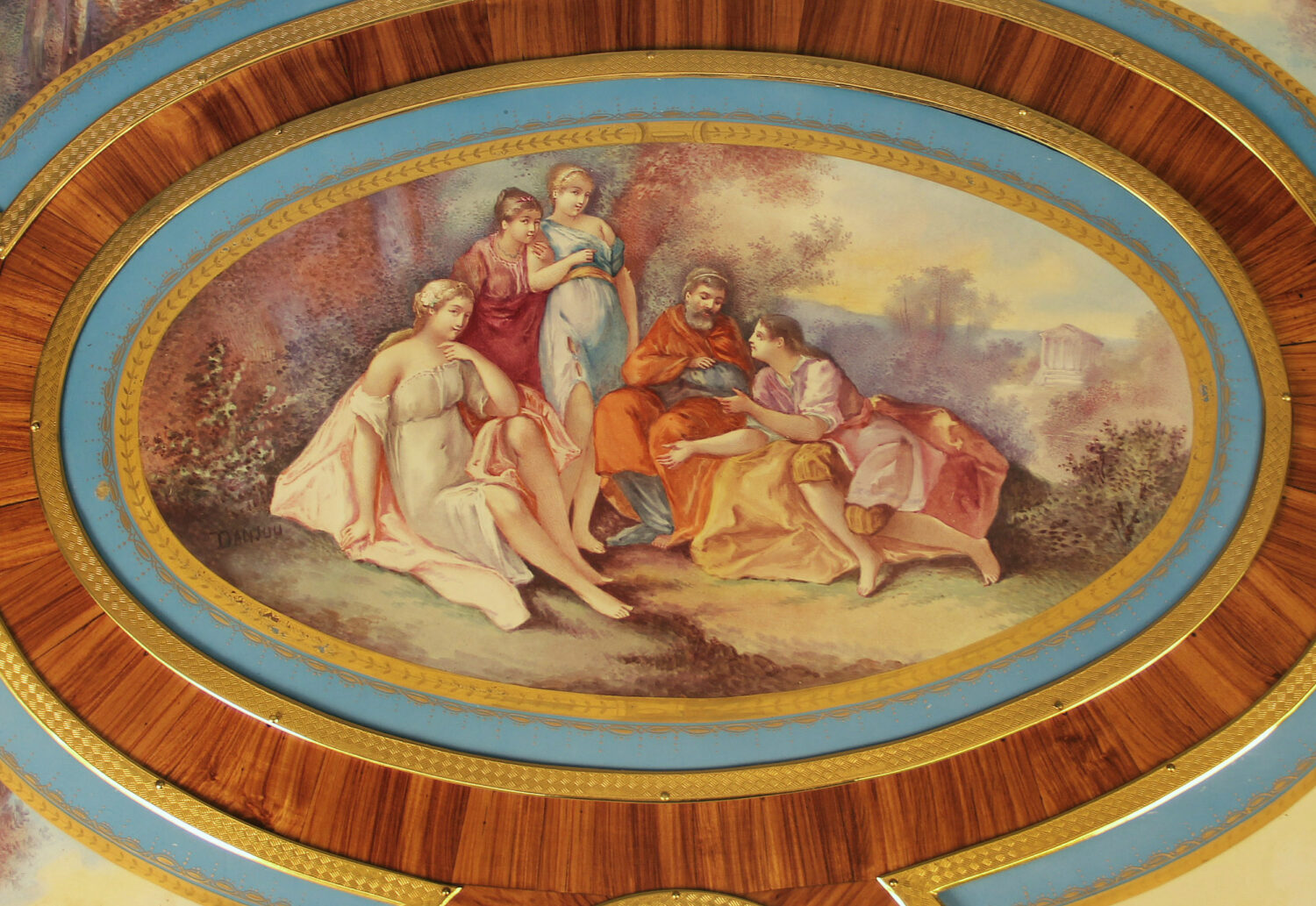 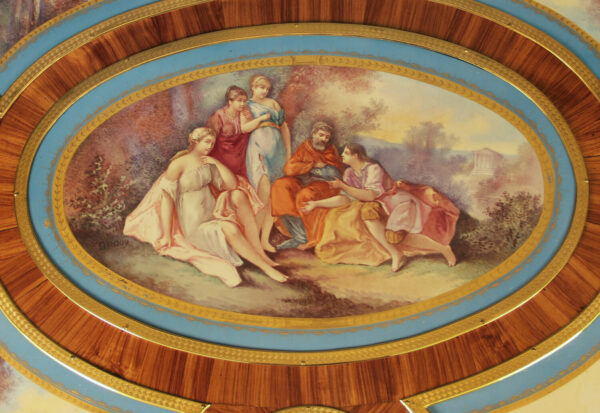 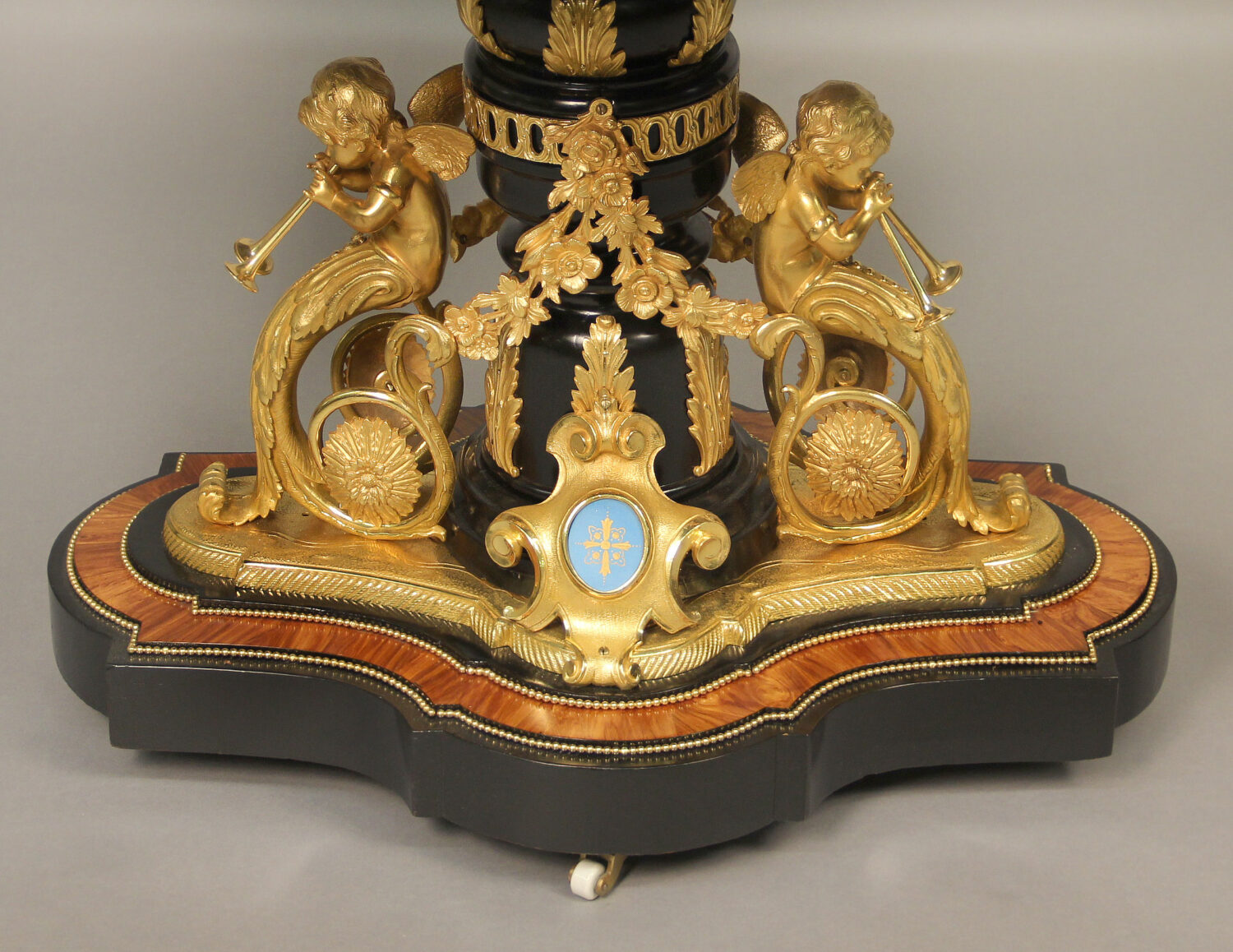 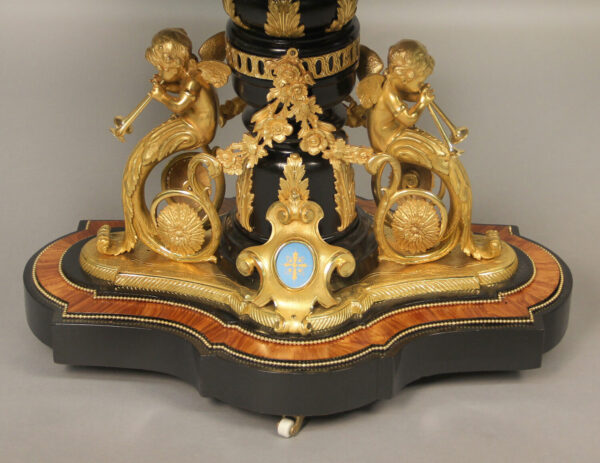 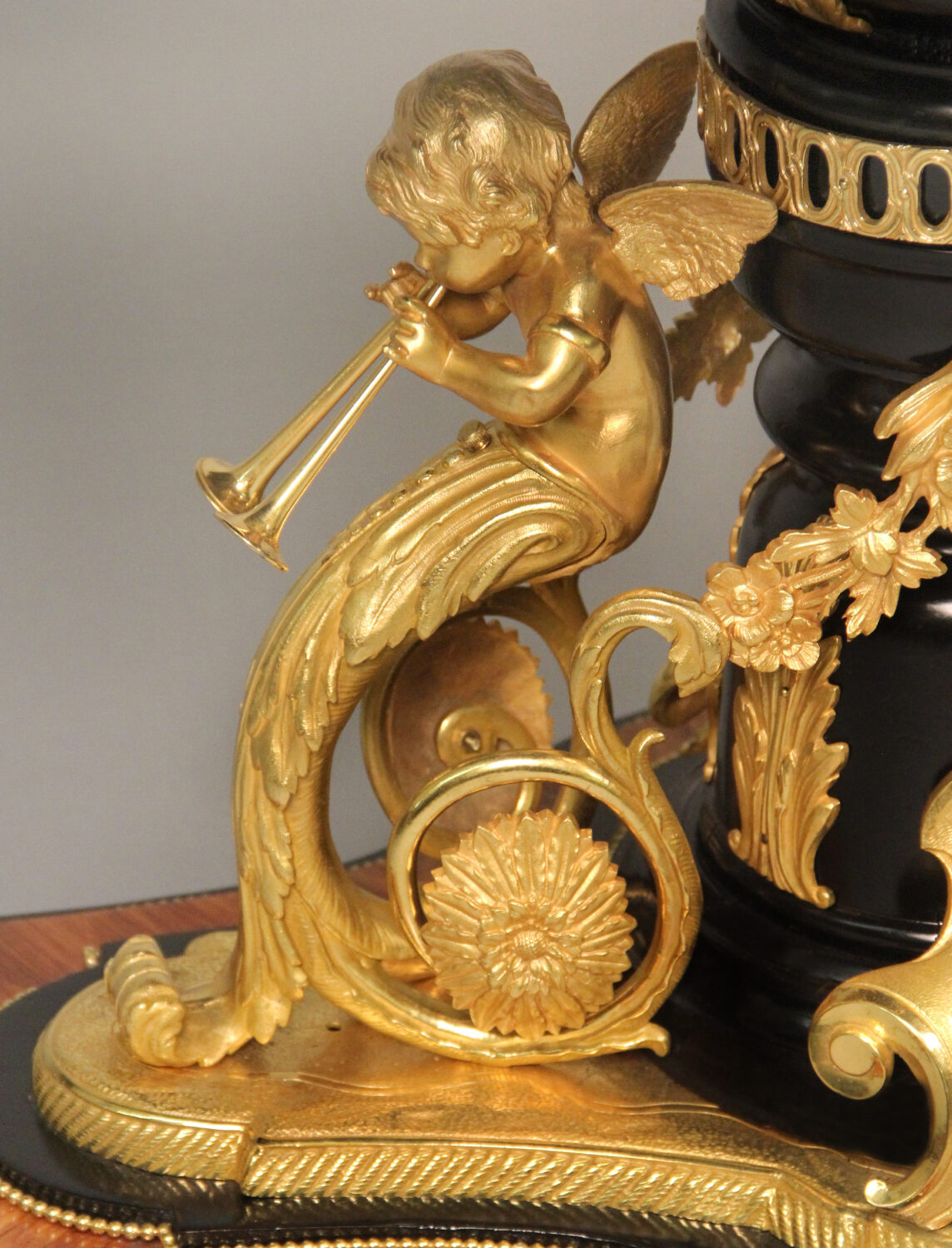 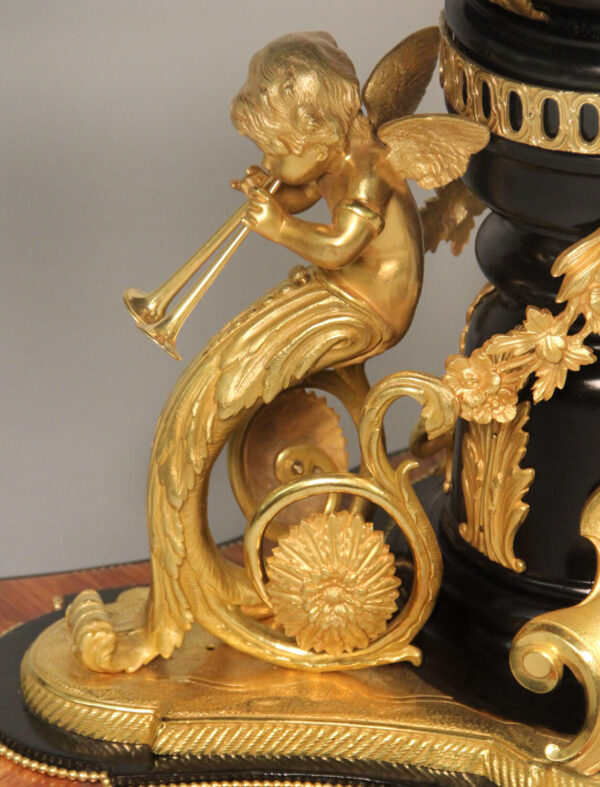 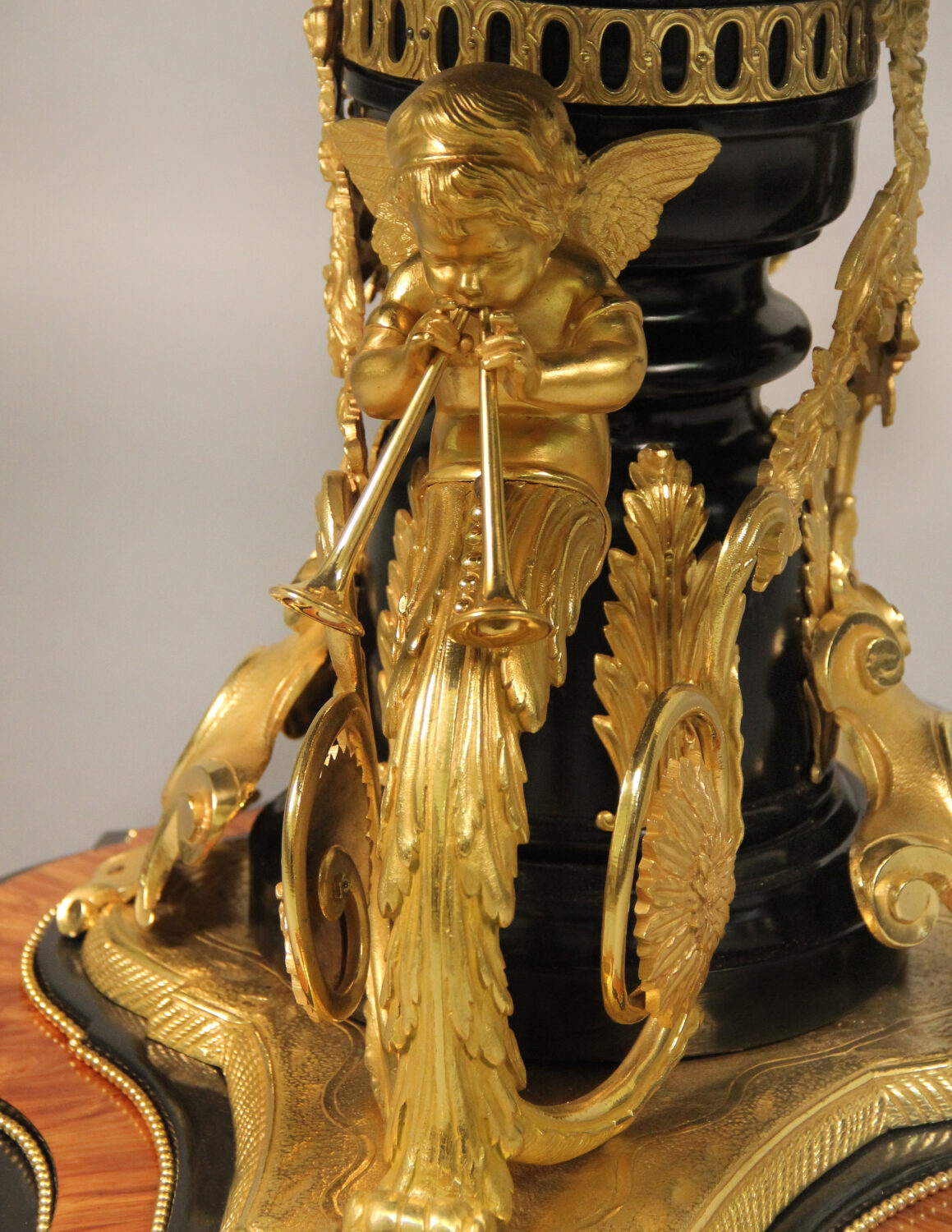 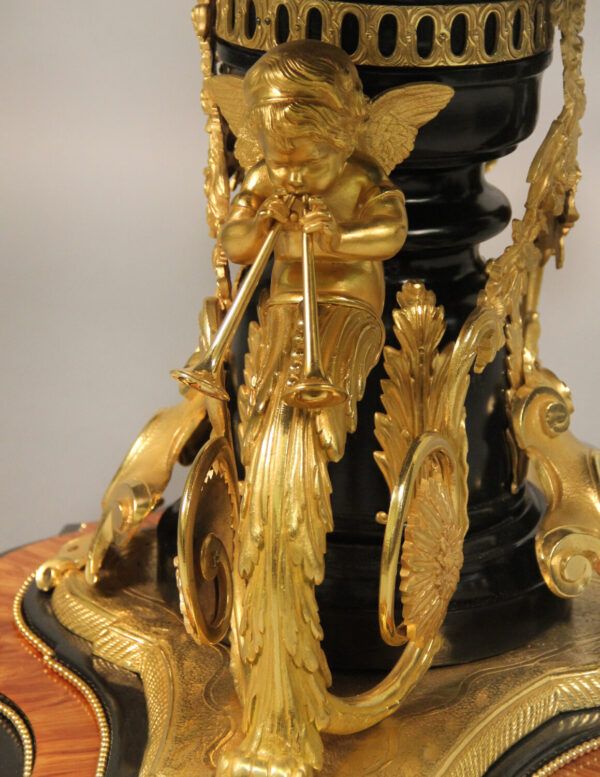 The rectangular shaped table with nine individual turquoise painted porcelain plaques, the large oval center plaque depicting a man and women at leisure, the surrounding large plaques with romantic scenes and the circular plaques with cherubs at play, the kingwood banded and ebonized base with two gilt bronze winged trumpet playing putti attached by floral swags.

The center plaque signed by the artist Danjou.