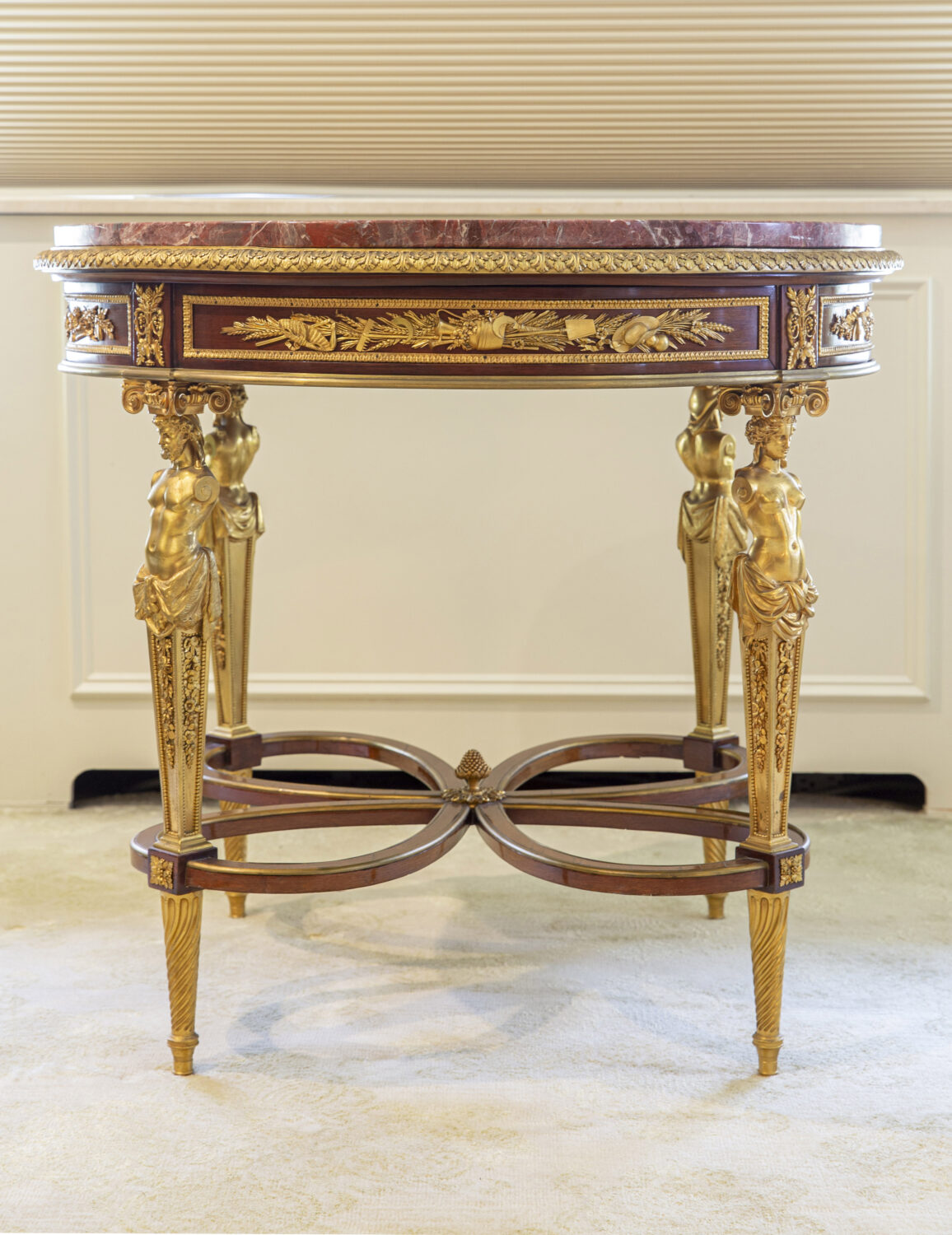 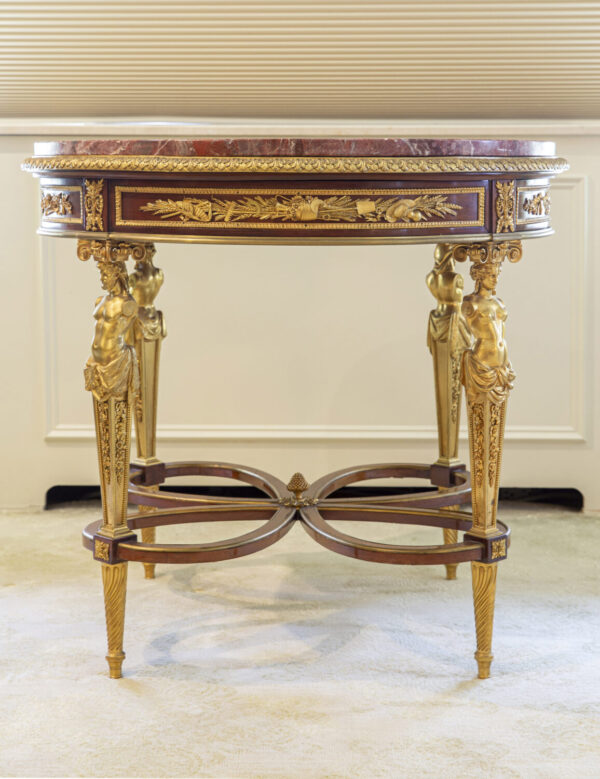 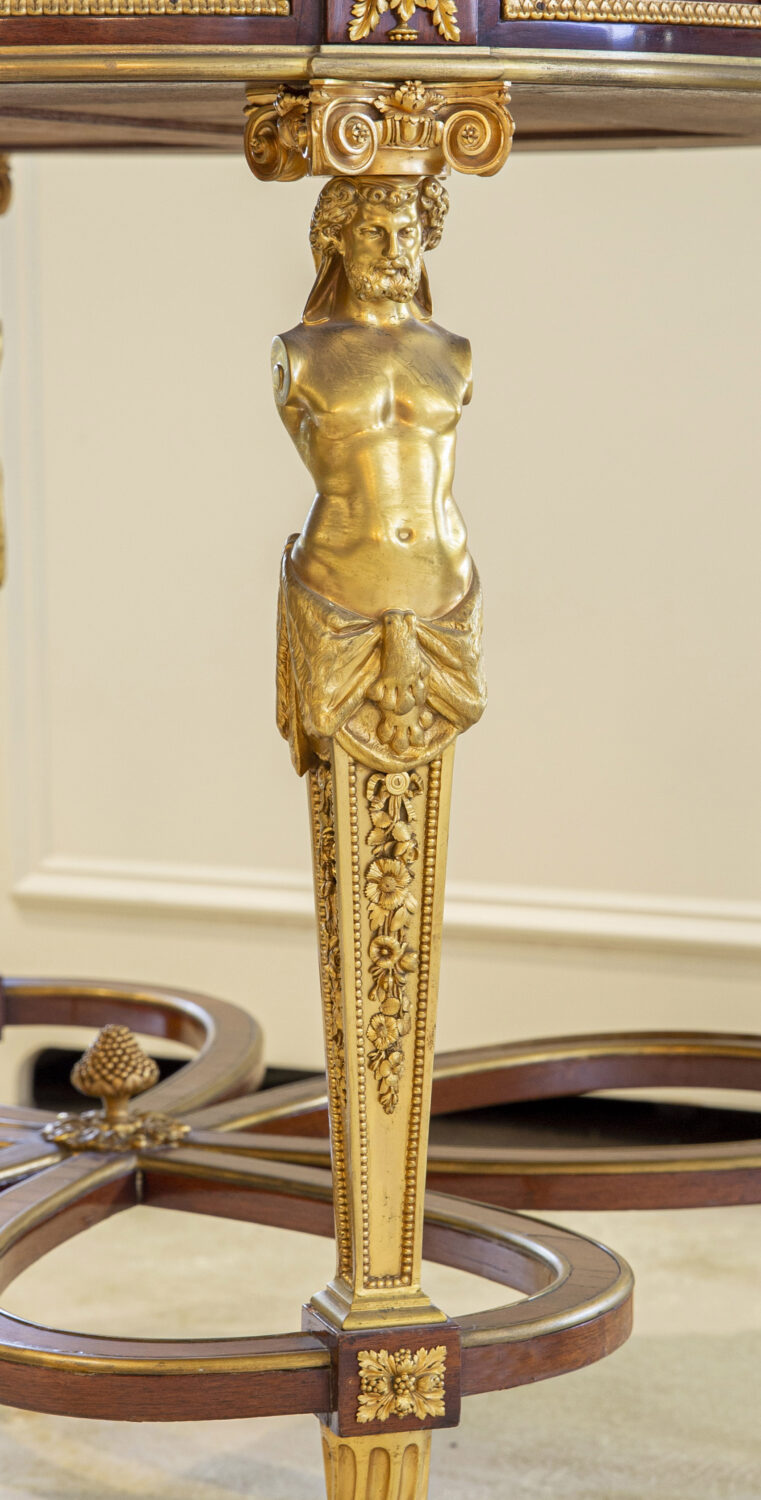 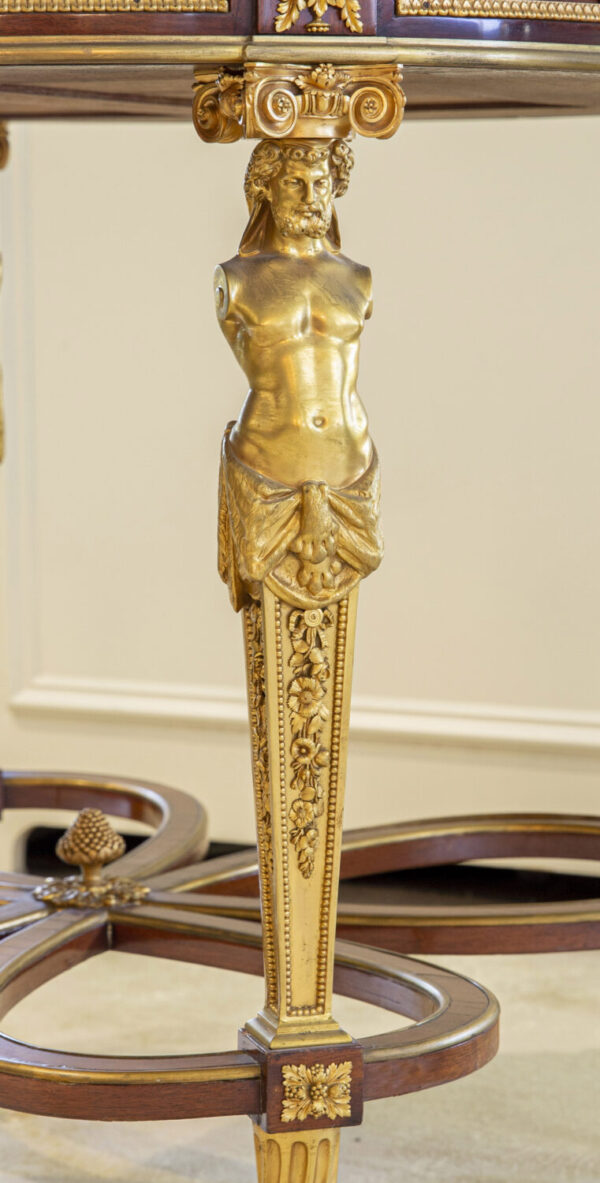 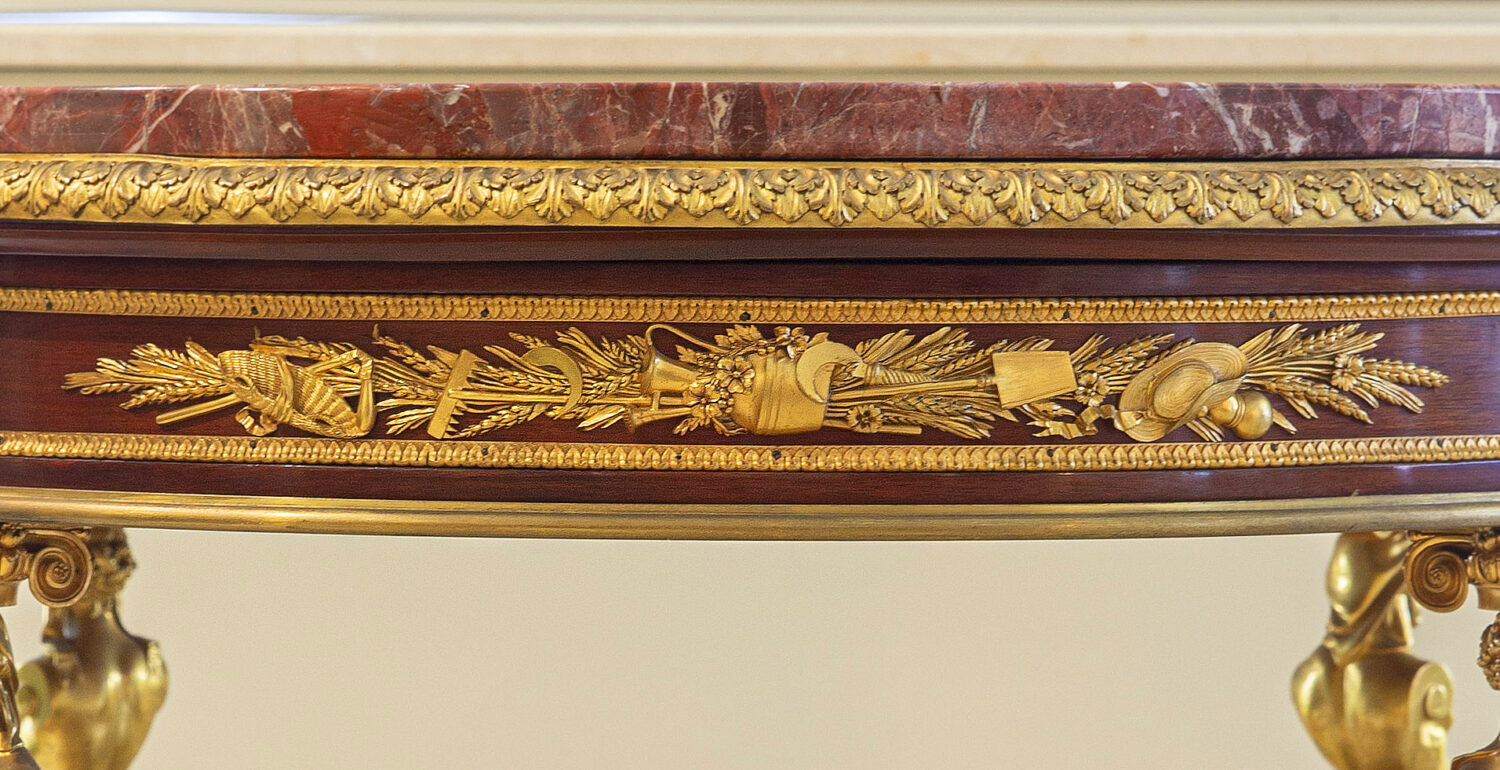 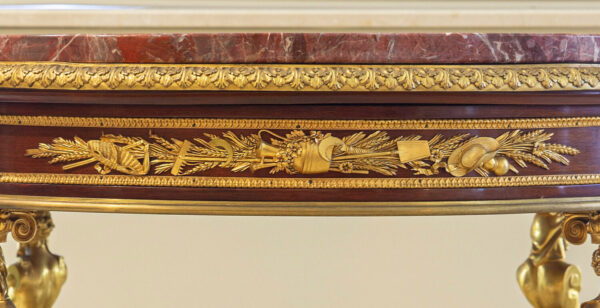 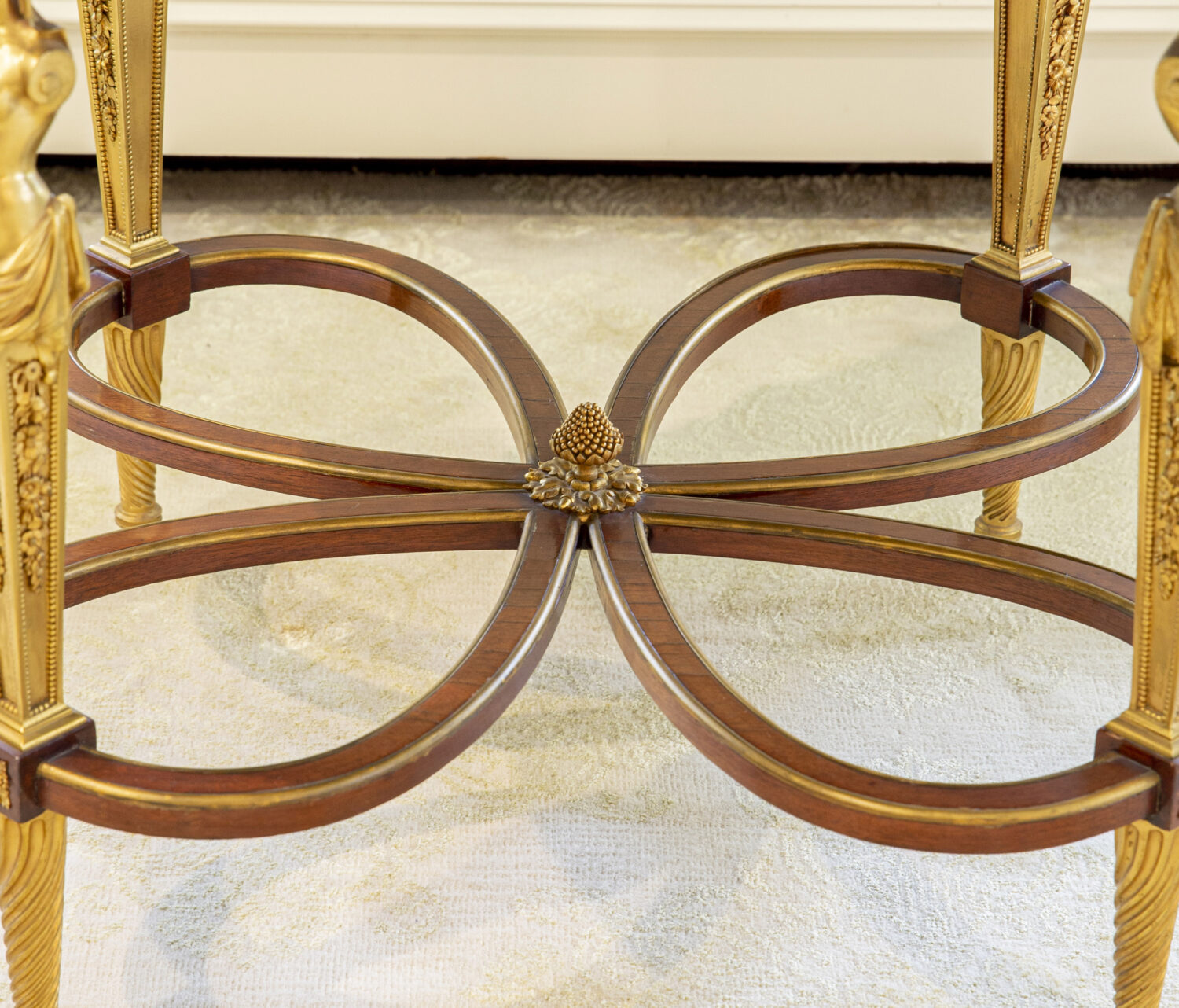 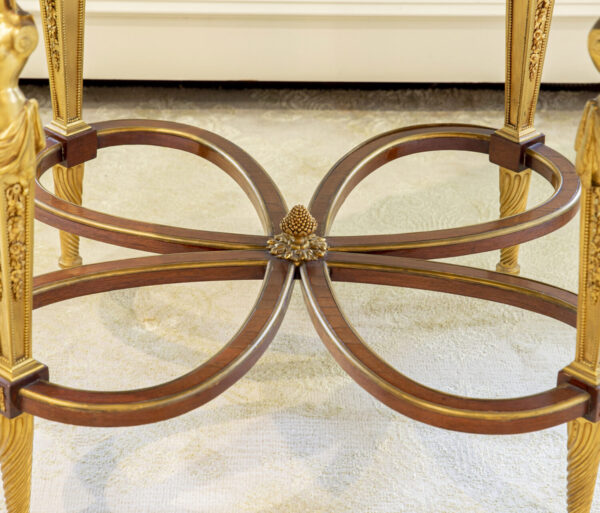 The brèche rouge circular marble top above a frieze mounted with allegorical trophies emblematic of the four seasons amid scrolling foliage and fitted with a long spring-release drawer, above two male and two female herm supports and chased with flowers on spirally-fluted tapering feet, joined by a looped ‘X’-shaped stretcher centered by a berried finial

Signed and dated Henry Dasson 1878 to one of the bronze legs.