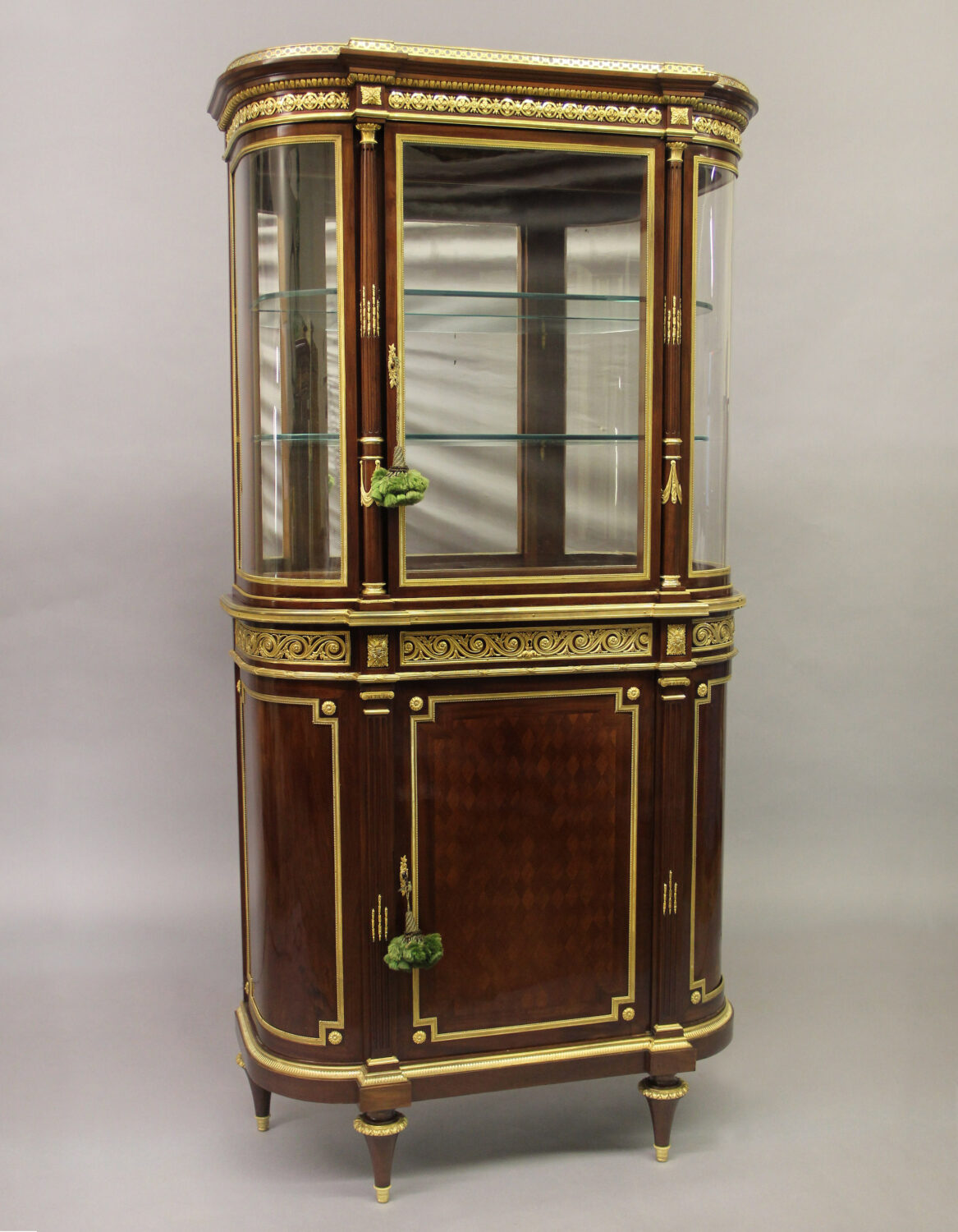 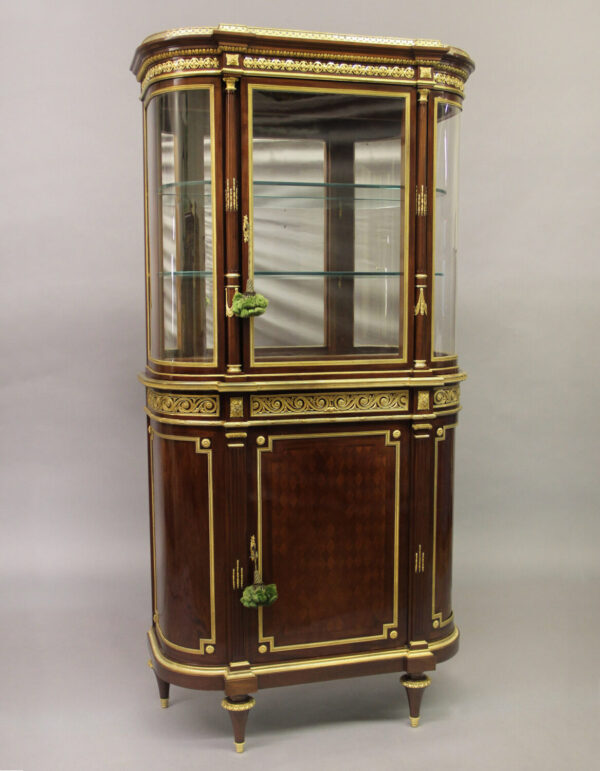 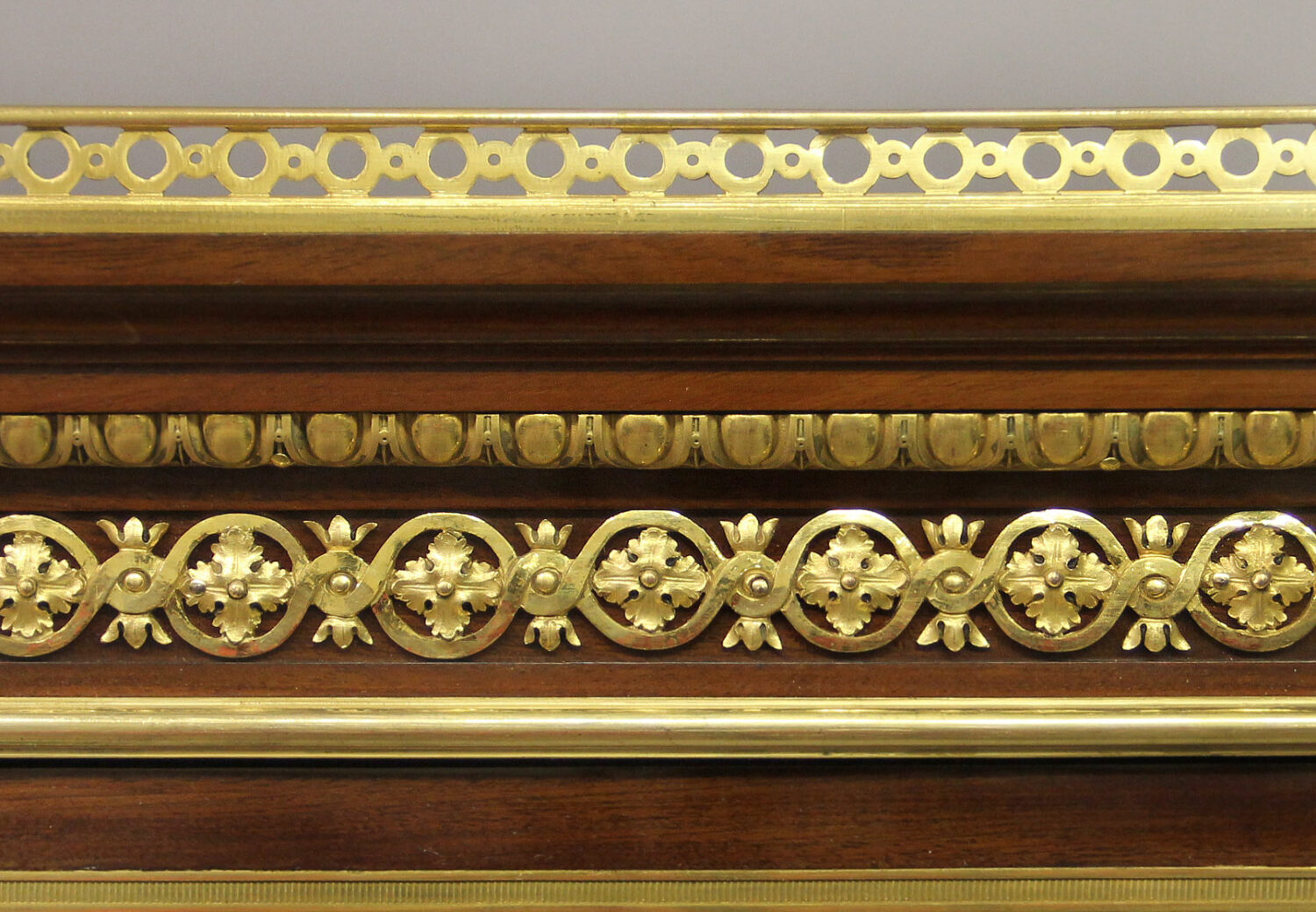 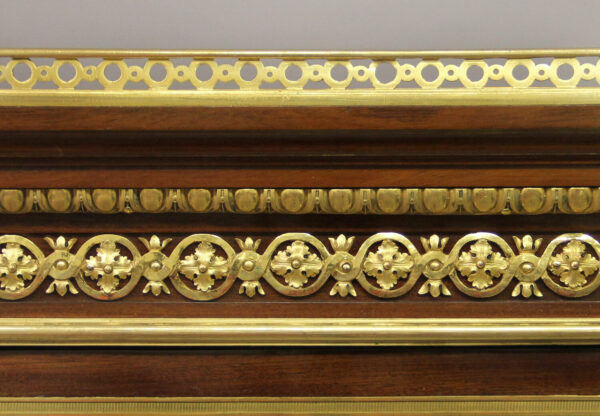 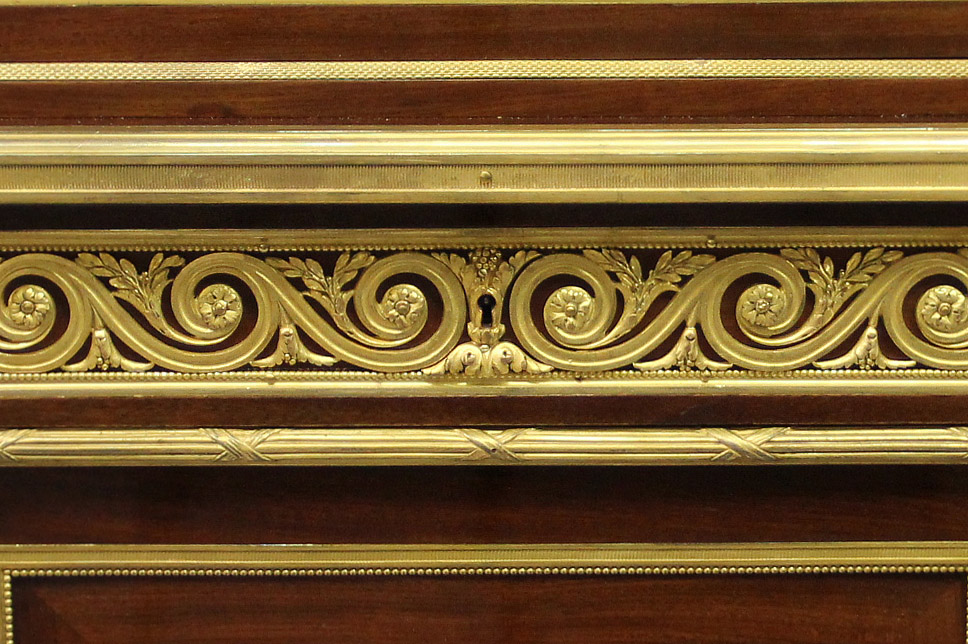 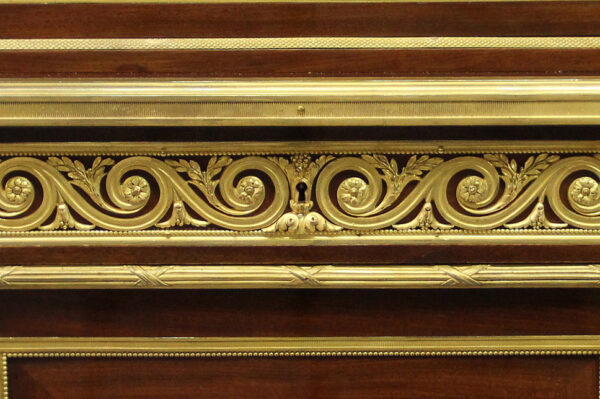 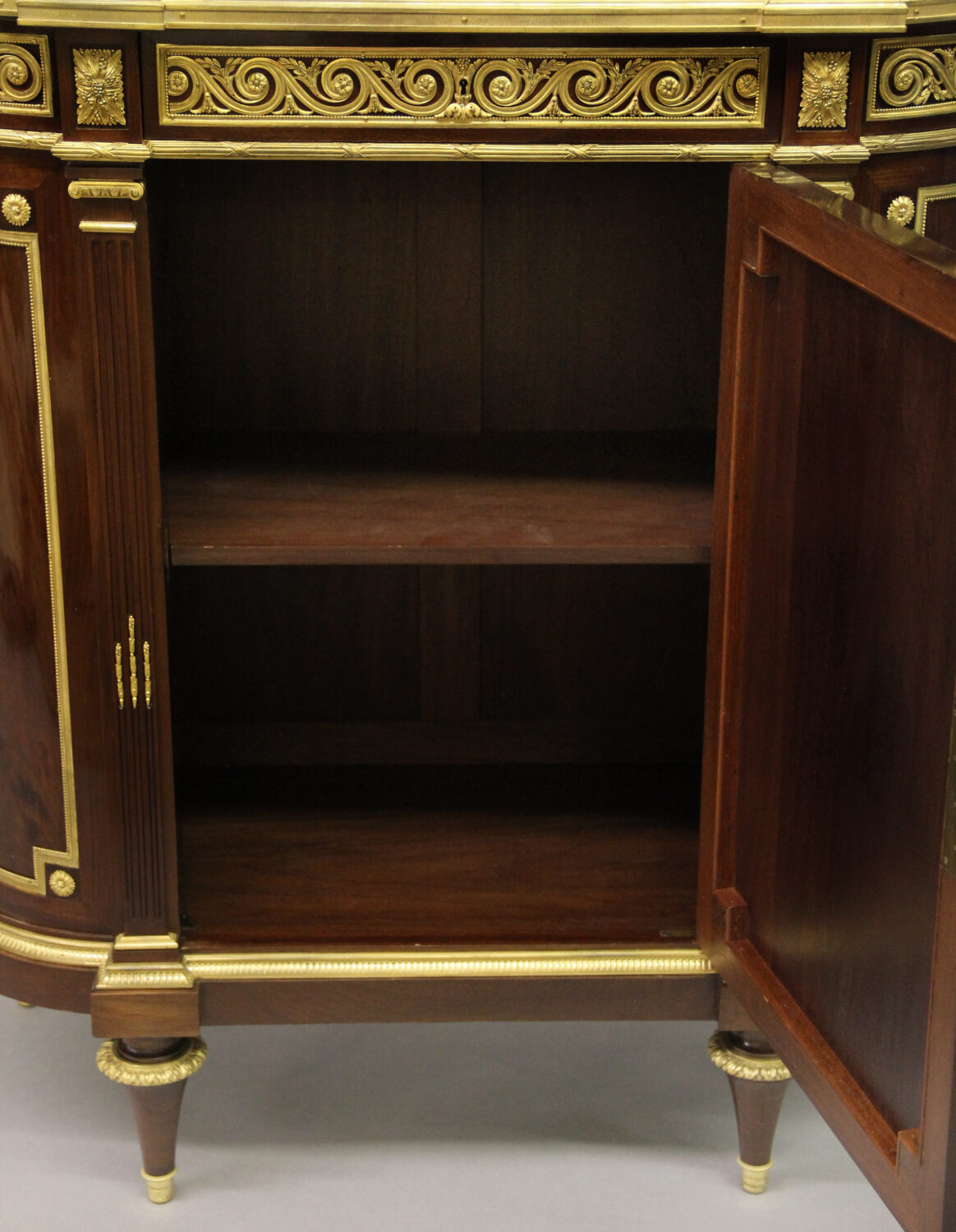 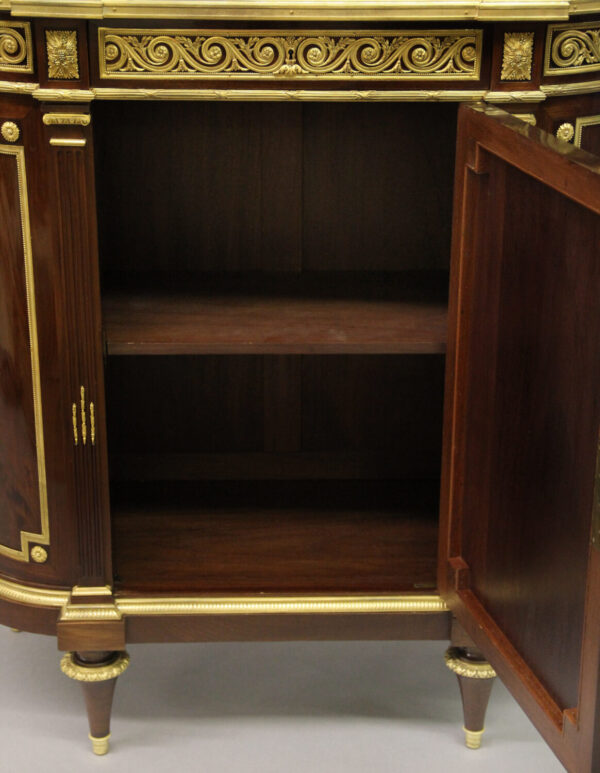 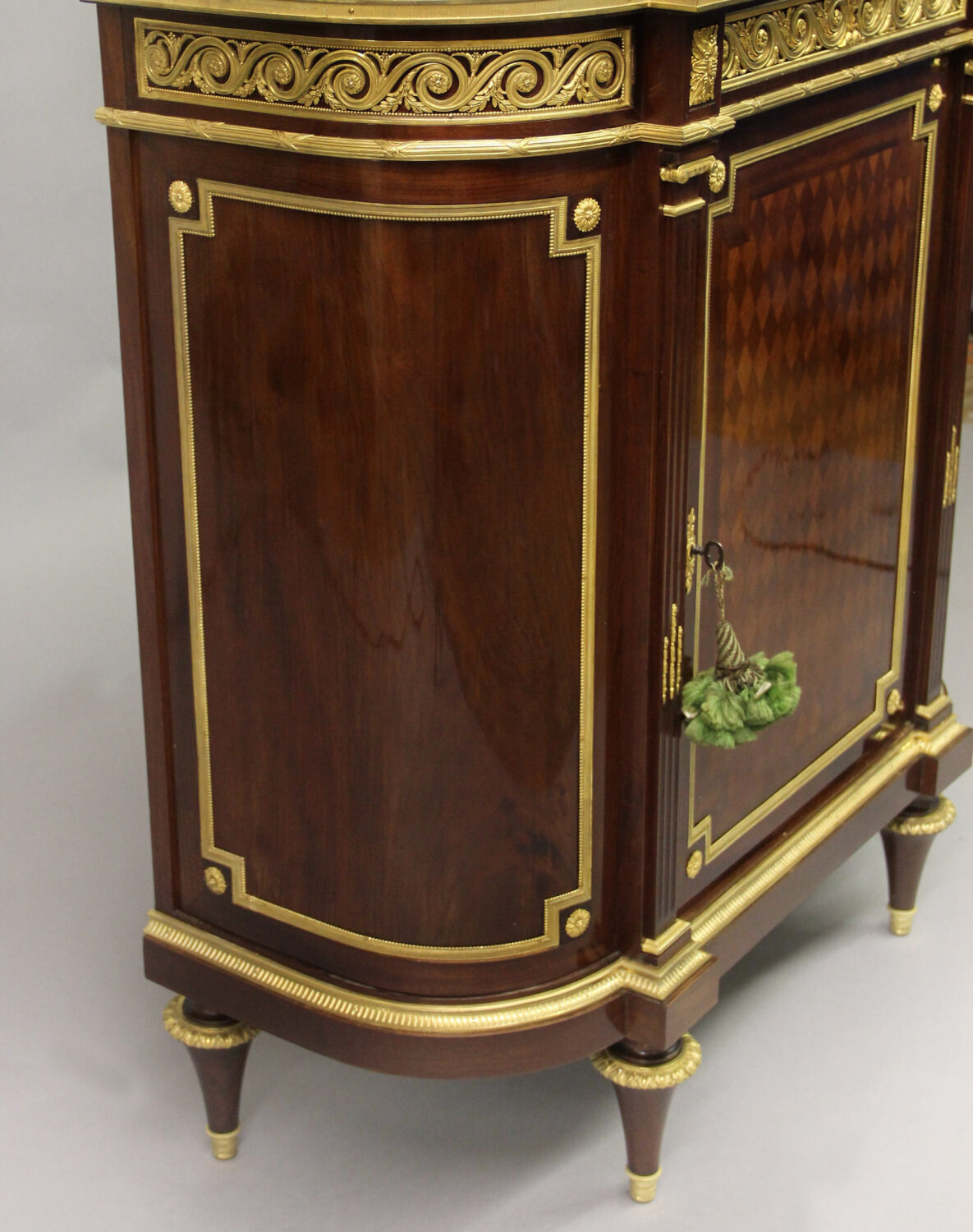 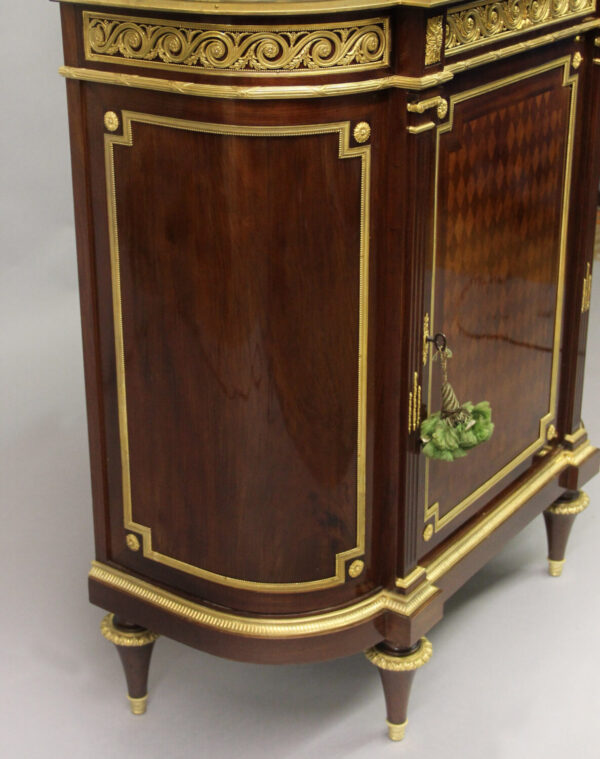 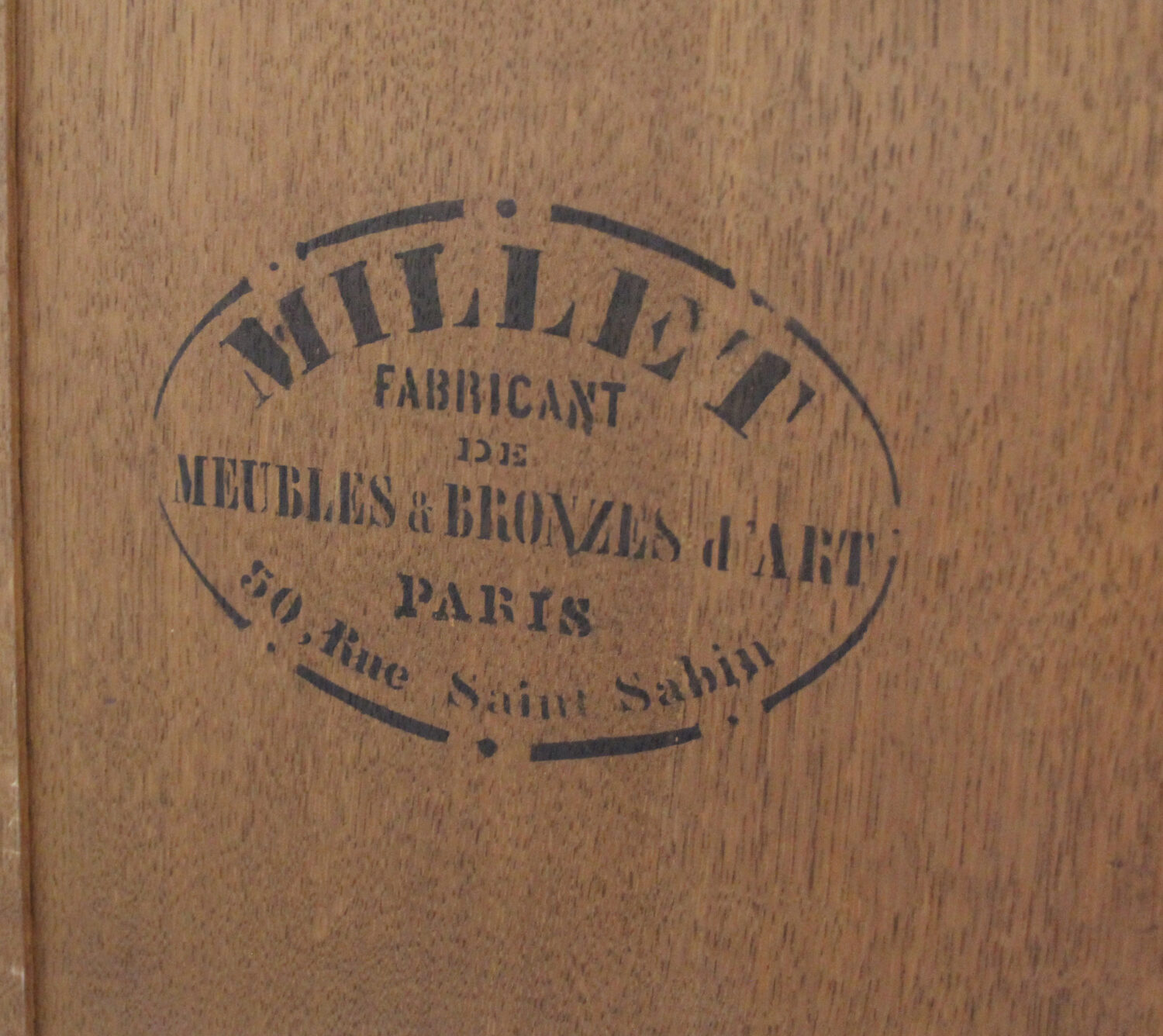 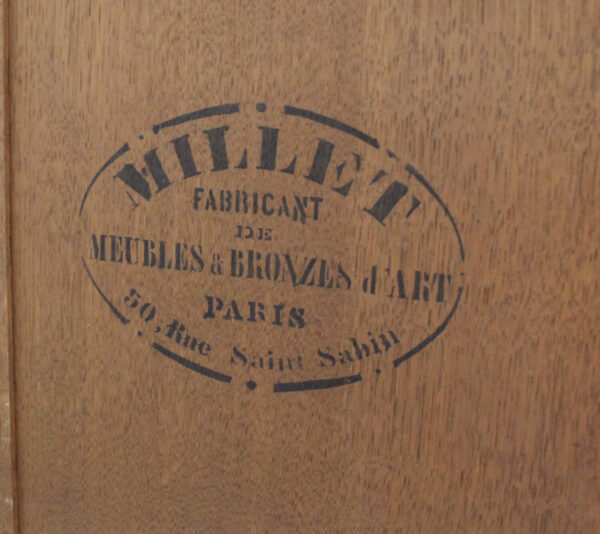 In demilune form, bronze gallery at the top above a central single door that opens to two shelves, a single long drawer atop an inlaid parquetry door as storage, standing on four fluted toupie feet.

Maison Millet was established by Théodore Millet in 1853, and operated until 1902 from premises at 11, Rue Jacques-Coeur, Paris before relocating to 23, Boulevard Beaumarchais. Maison Millet was a highly regarded furniture firm that was described as producing ‘meuble et bronze d’art, genre ancien et moderne.’ The company won several awards in the series of exhibitions in London and Paris, such as the gold Medal in the 1889 Paris Exposition Universelle, a Grand Prix in 1900 and three further diplomes d’honneur and four médailles d’or for the furniture they produced. The firm specialized in the Louis XV and XVI styles though they were acclaimed by their contemporaries for working in their own modern style. In March 1902, the firm was authorized by the Palais de Versailles to replicate Marie-Antoinette’s celebrated Grand cabinet à bijoux. An auction was held in 1906 clearing the remaining stock and the firm finally ceased trading in 1918. Maison Millet was an active client of François Linke.