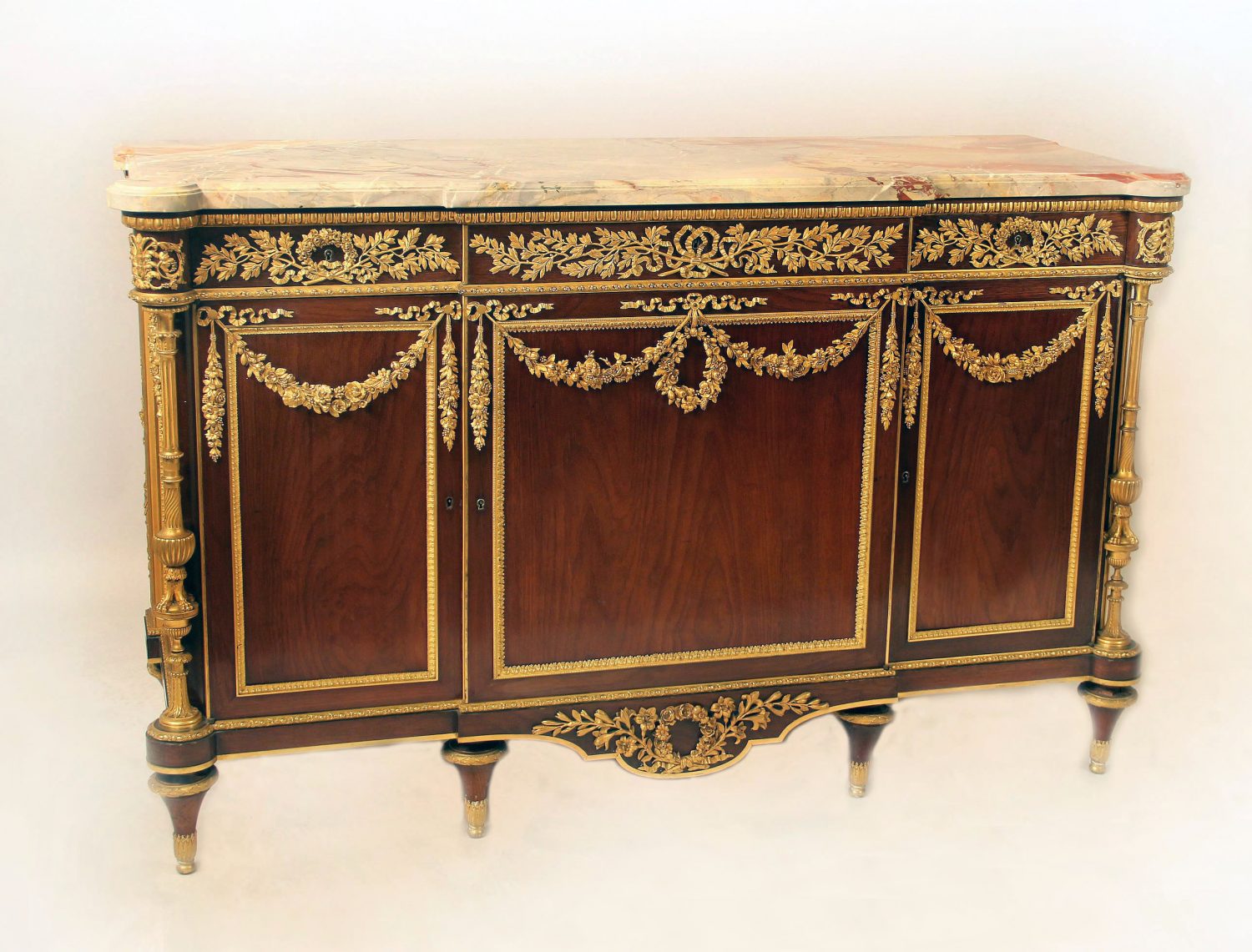 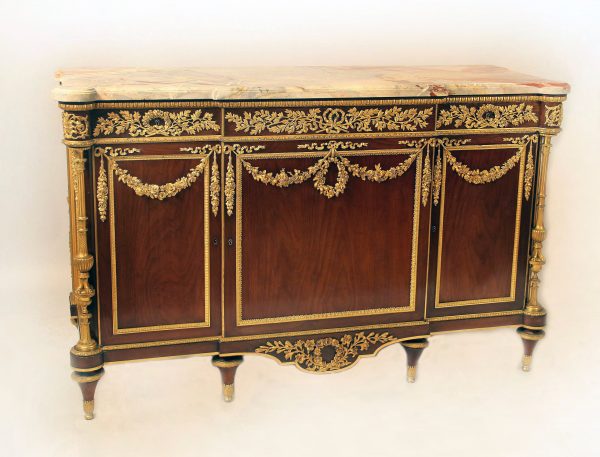 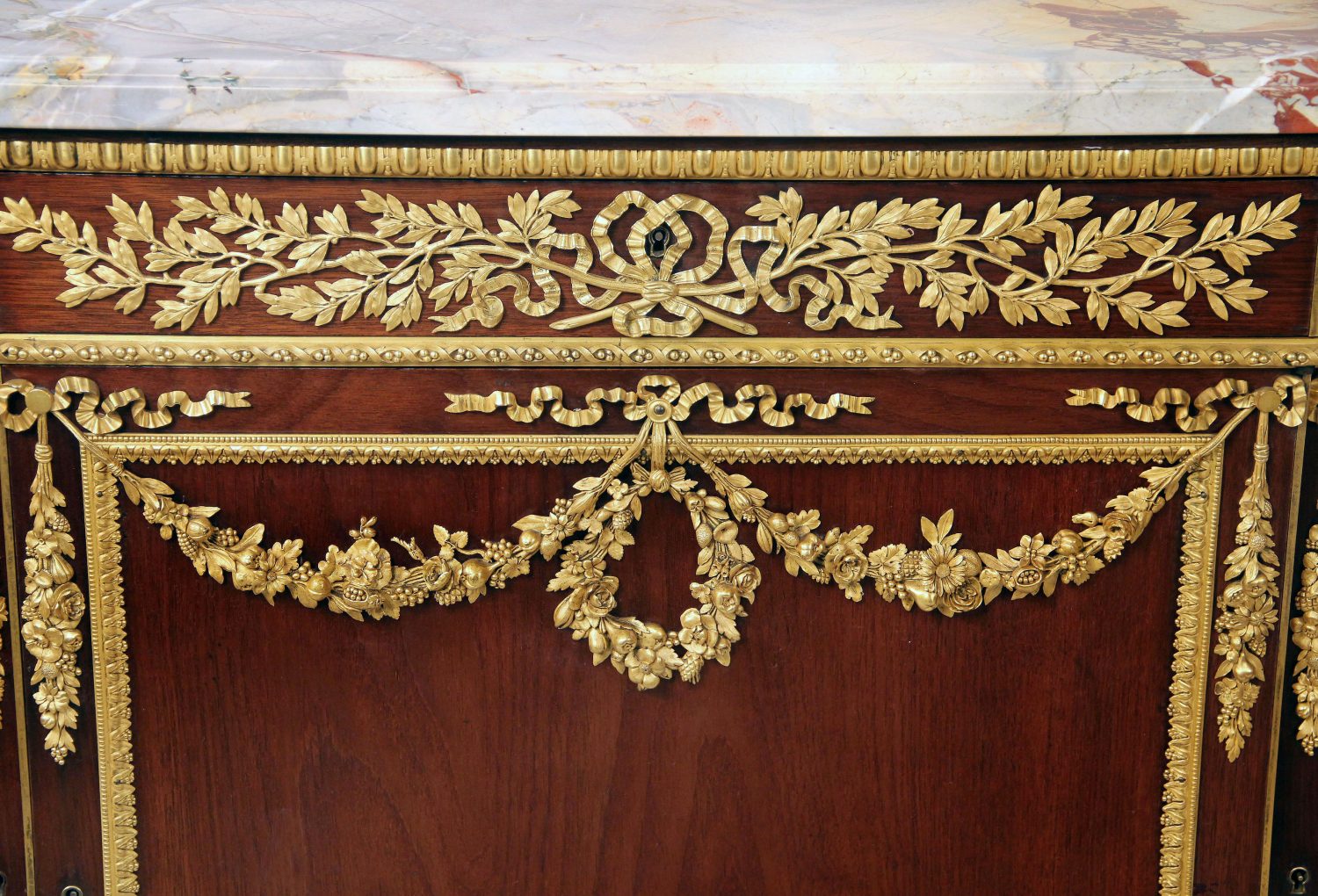 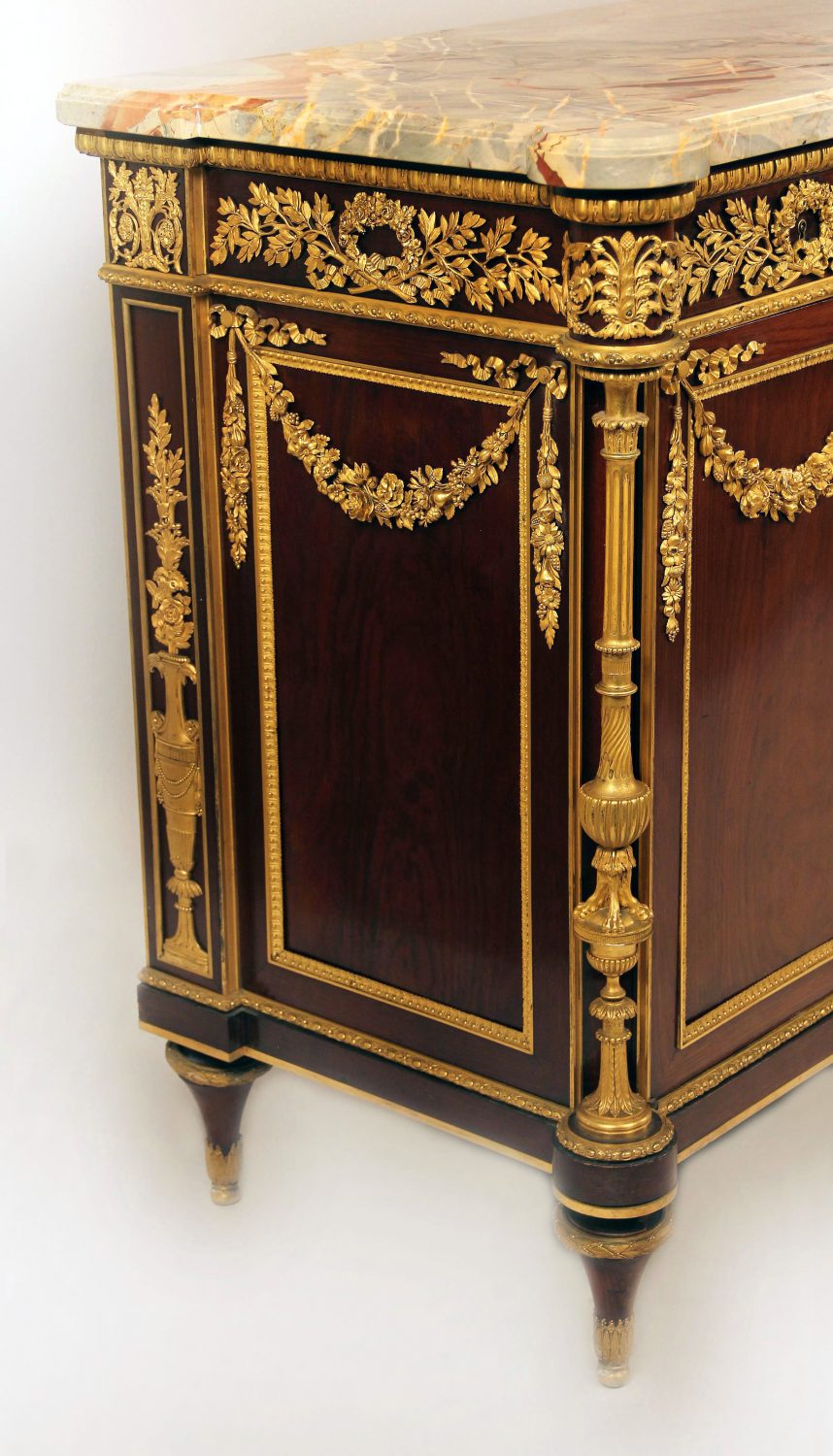 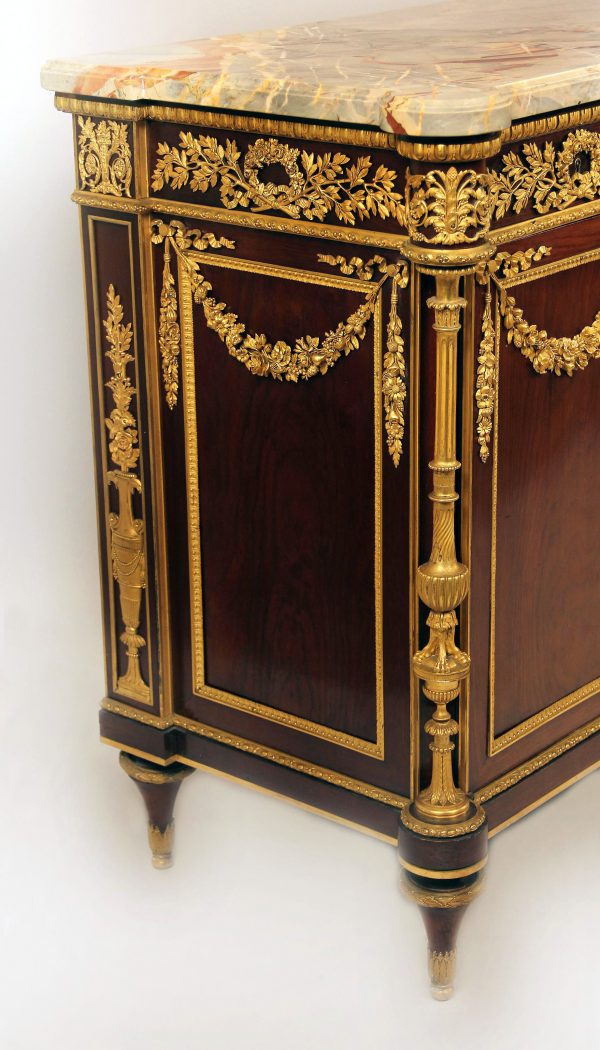 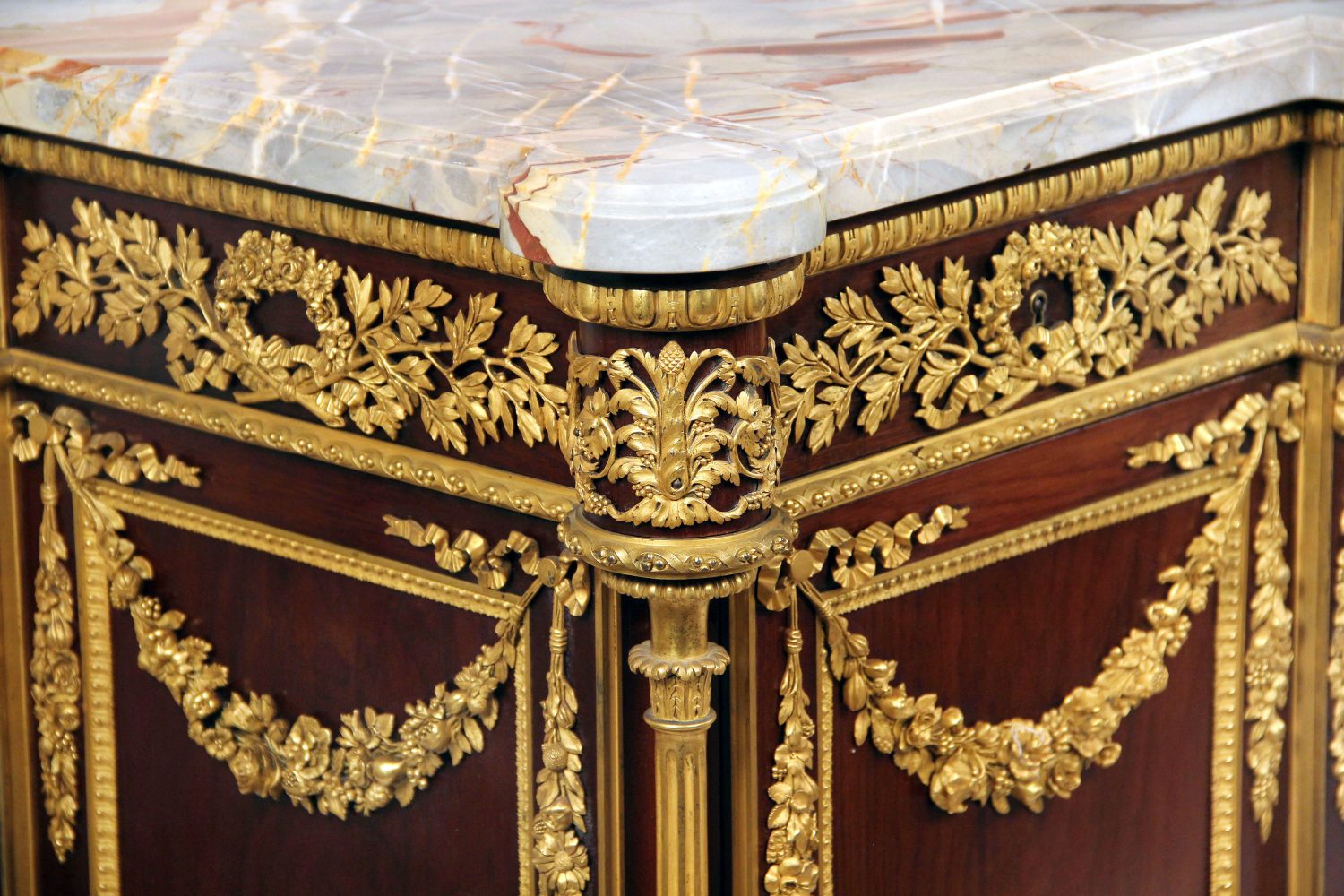 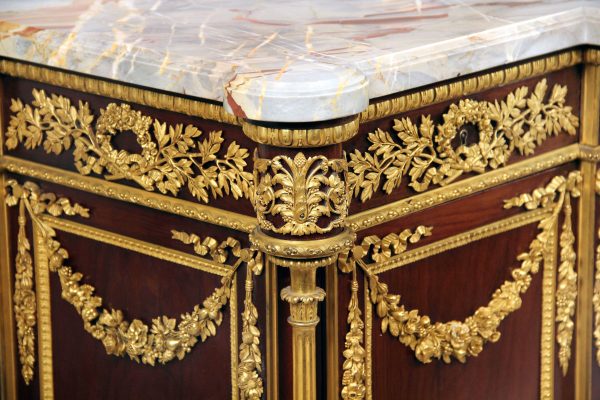 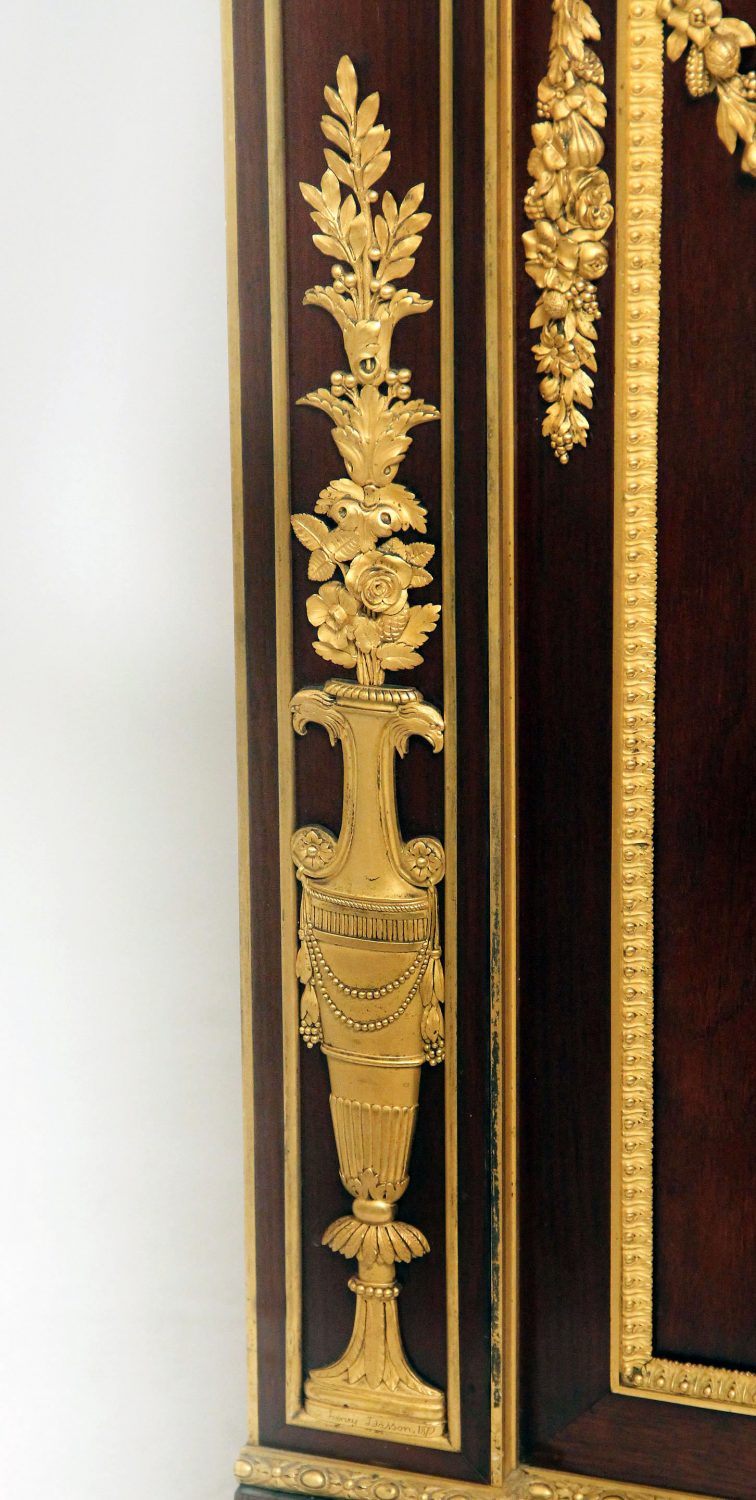 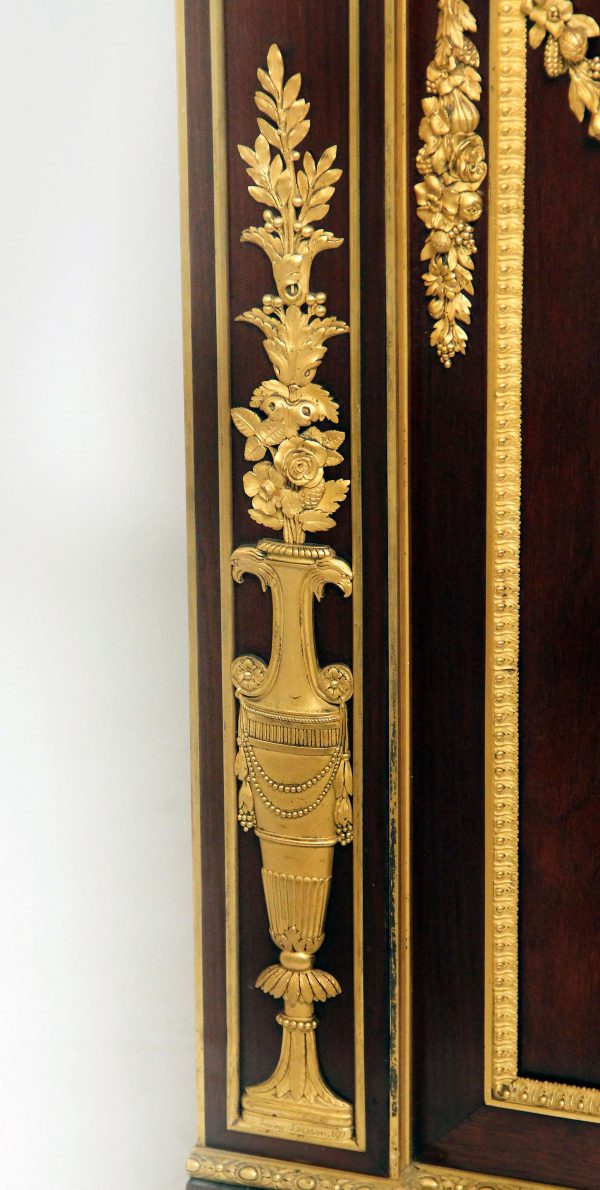 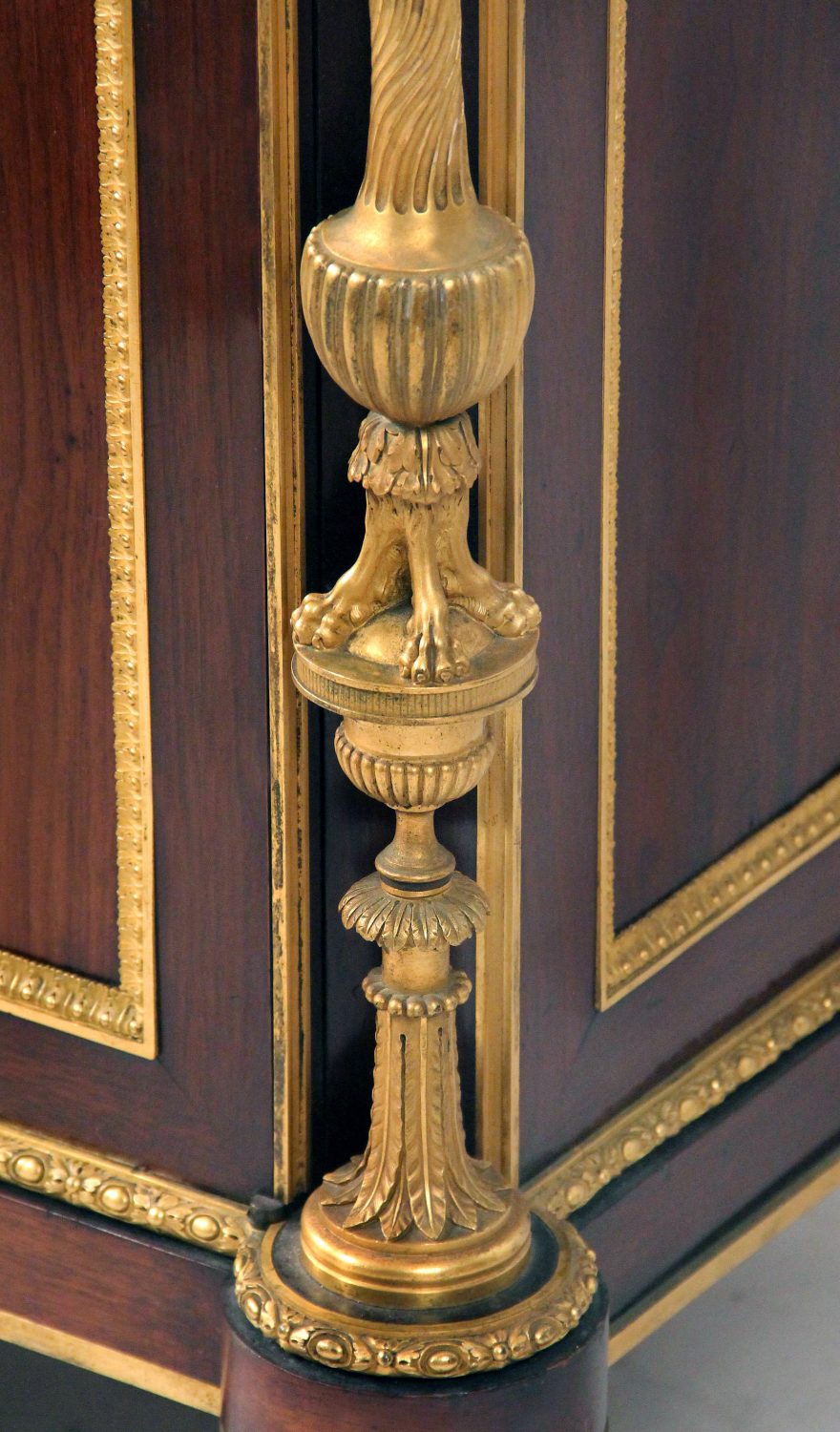 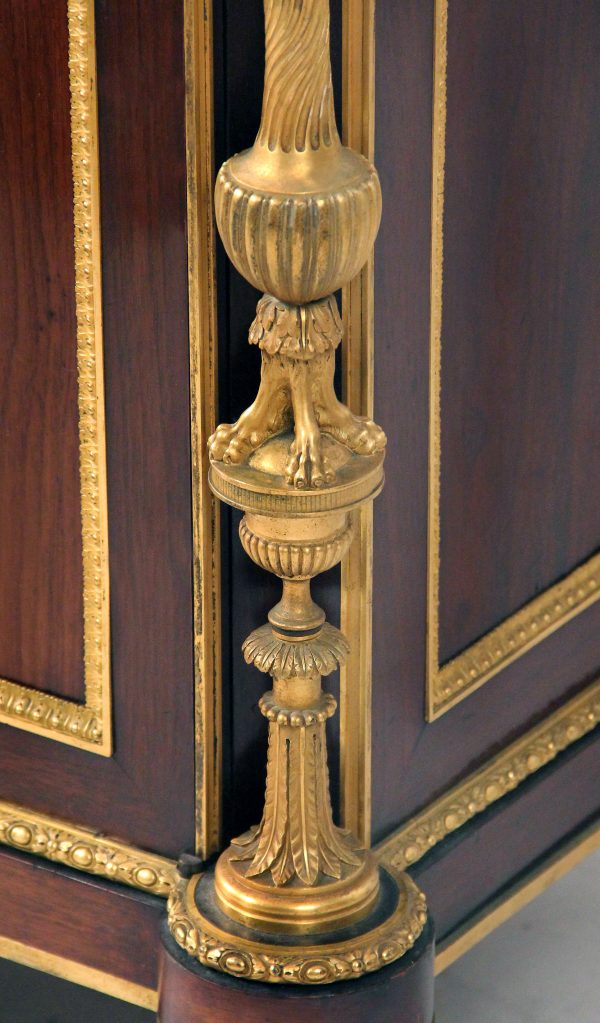 A marble top above a frieze set with three drawers with pierced laurel decoration, over three garland-hung cupboard doors each with shelves, the sides similarly decorated, on toupie feet.

After the very famous 18th century model by Martin Carlin.

Carlin worked at first in the shop of Jean-François Oeben, whose sister he married. He set up independently in the Faubourg Saint-Antoine, an unfashionable quarter of Paris, where few of his wealthy clientele would have penetrated. Carlin sold his works exclusively to marchands-merciers such as Simon-Philippe Poirier and his partner Dominique Daguerre, who acted as decorator-designers. It was only through these entrepreneurs that Carlin could acquire the Sèvres porcelain plaques that decorate many of his pieces. His earliest such pieces are datable by the marks on their porcelain to 1766; they followed designs supplied by the dealer Poirier. Although Martin Carlin made some larger pieces— secrétaires à abattant (drop-front secretary desks), tables, and commodes— he is best known for refined small furnishings in neoclassical taste, some of them veneered with cut up panels of Chinese lacquer, which he would also have received from the hands of the marchands-merciers.