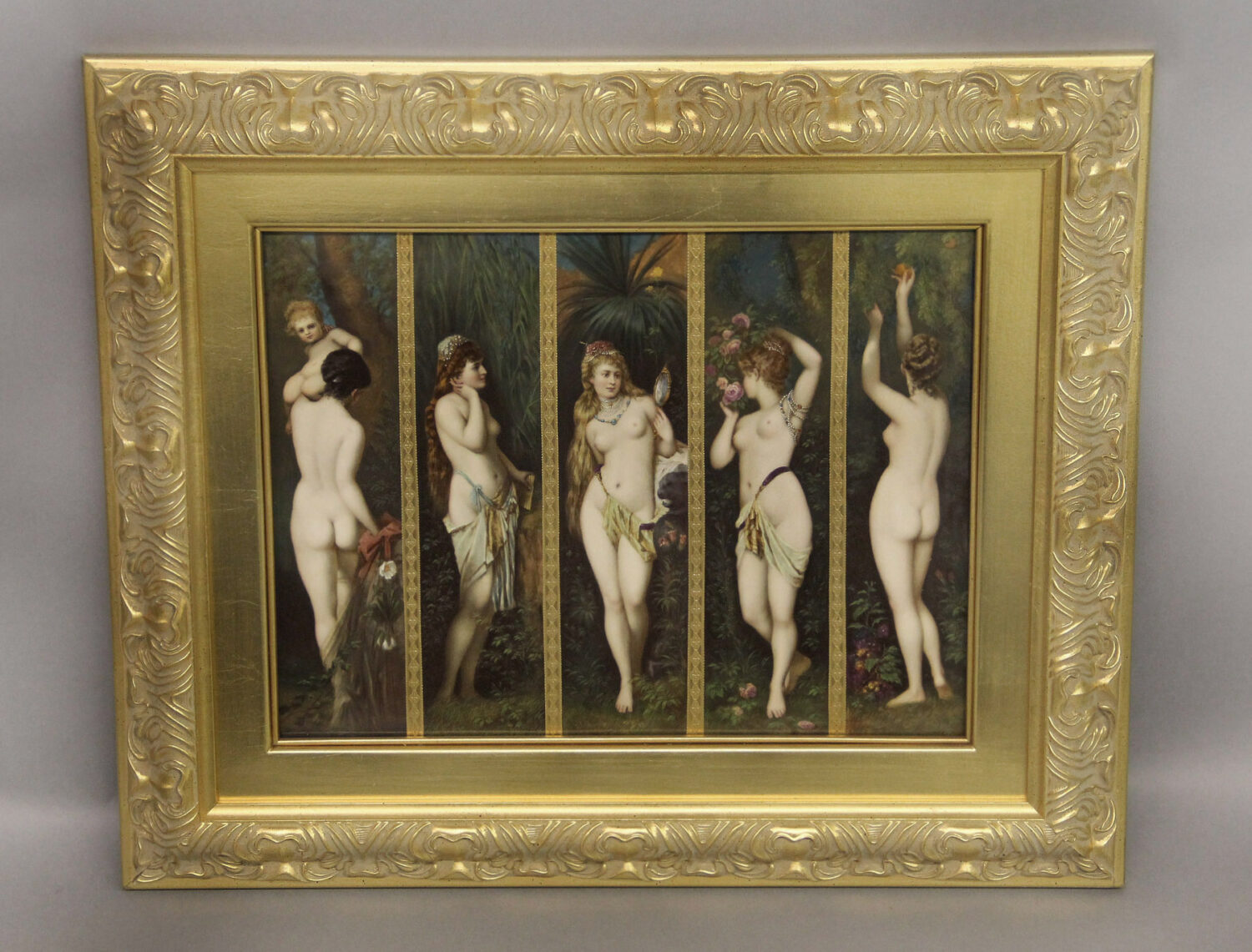 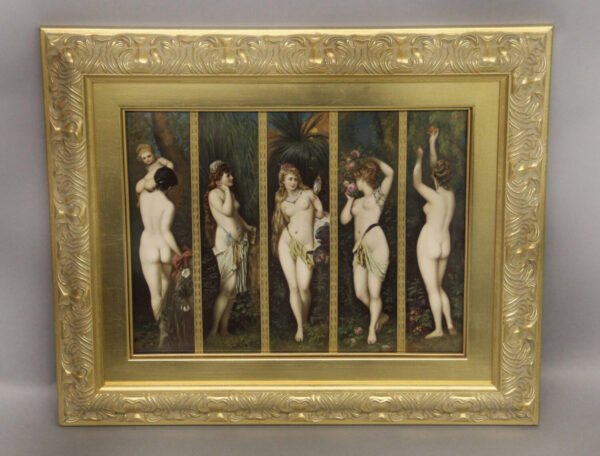 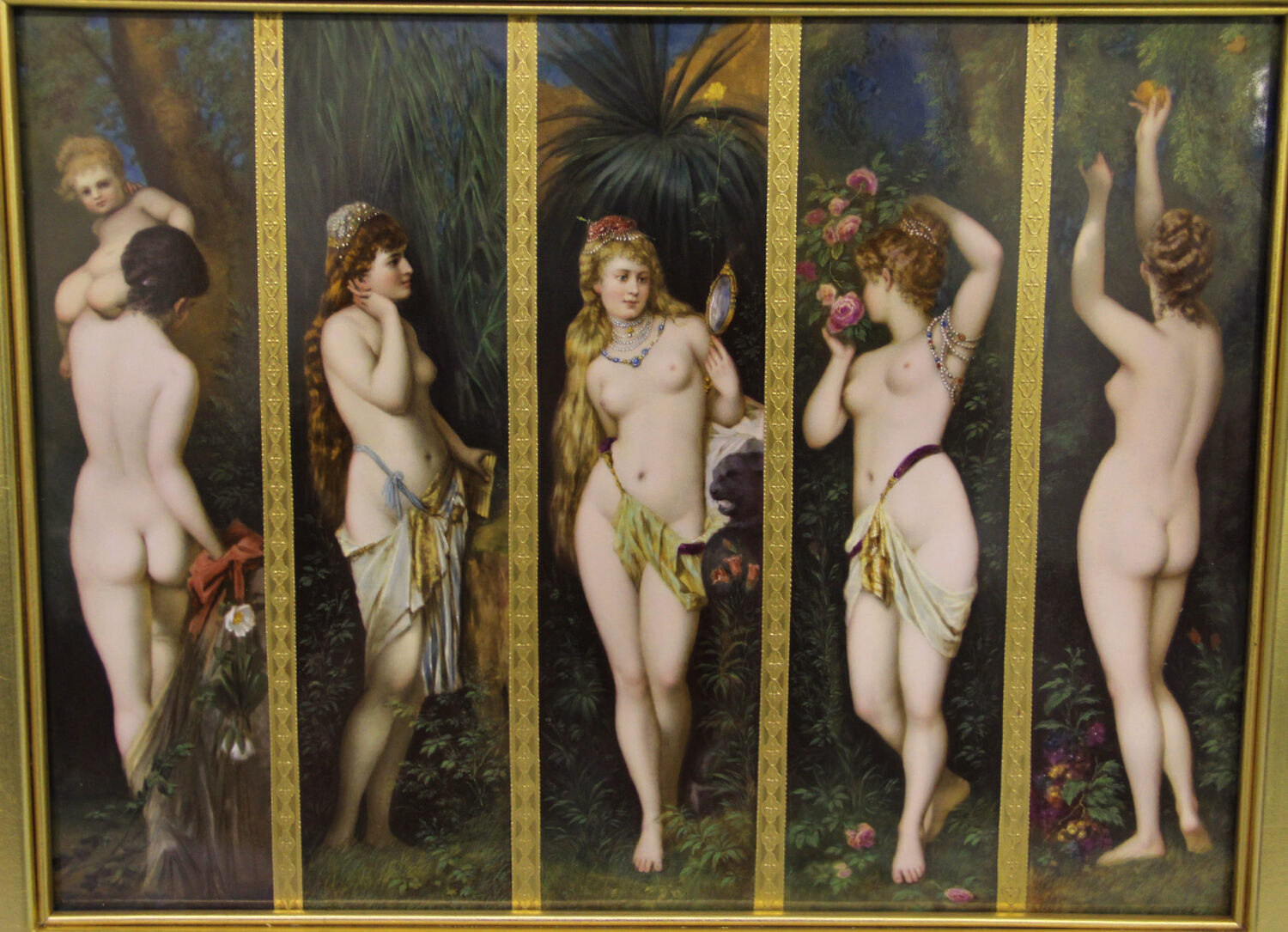 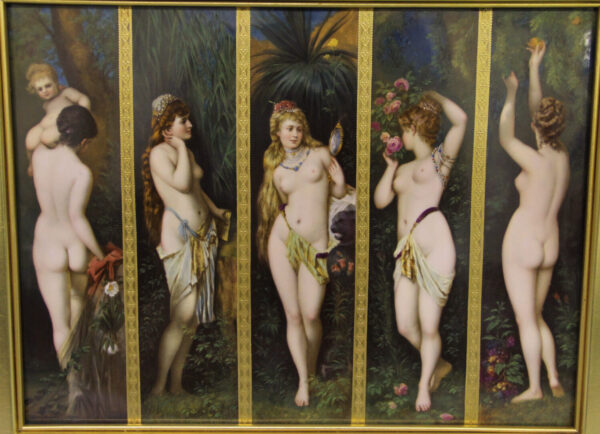 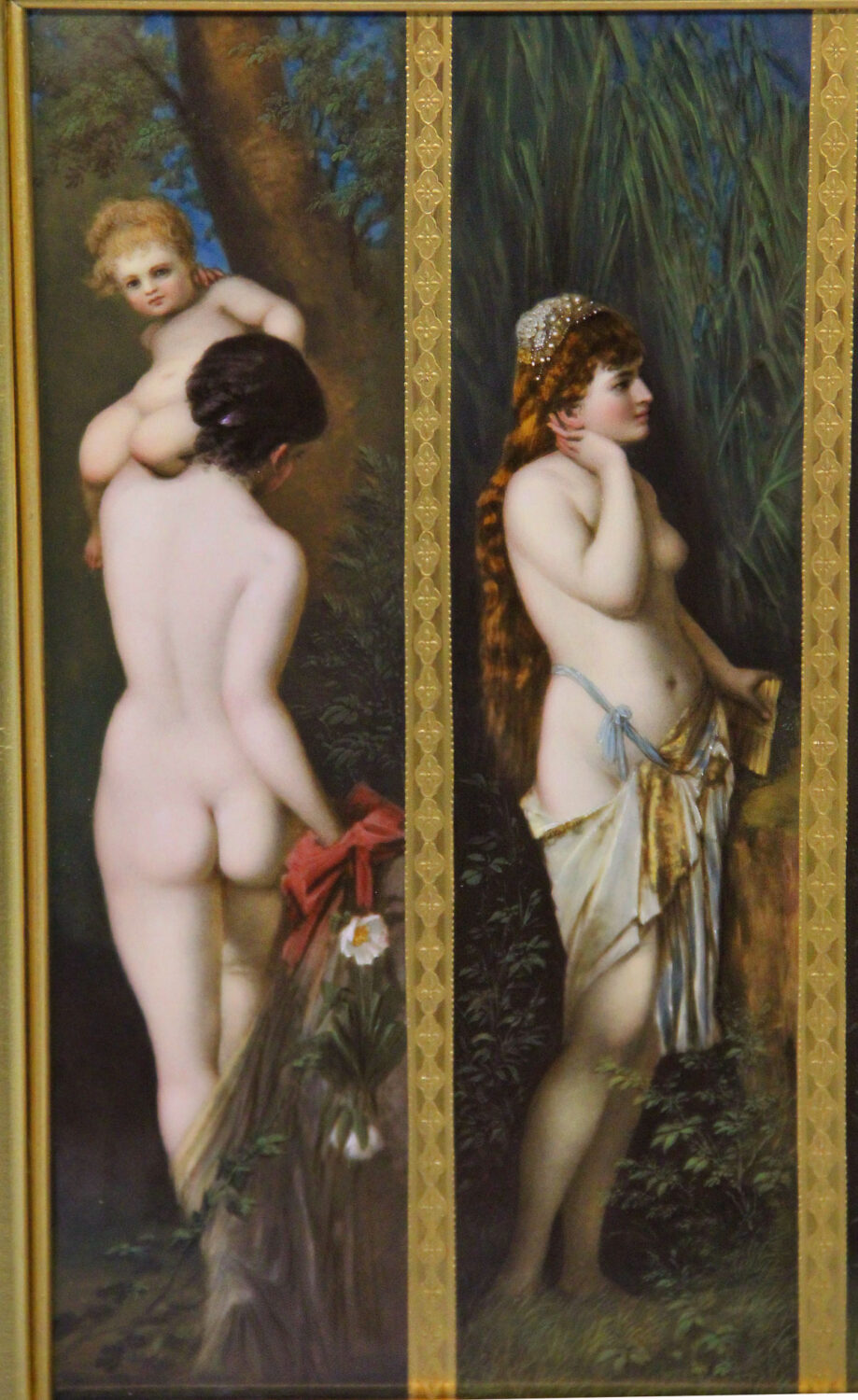 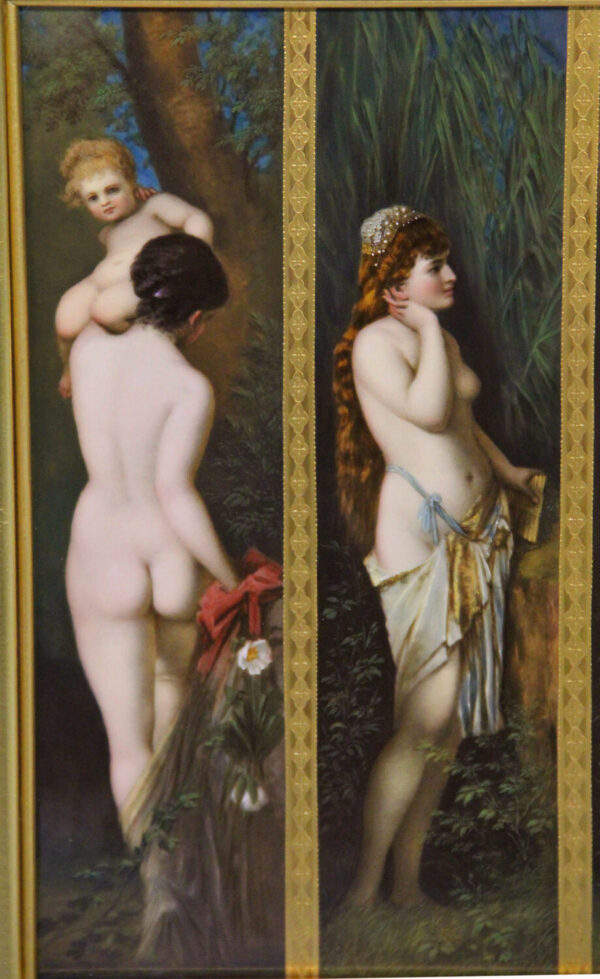 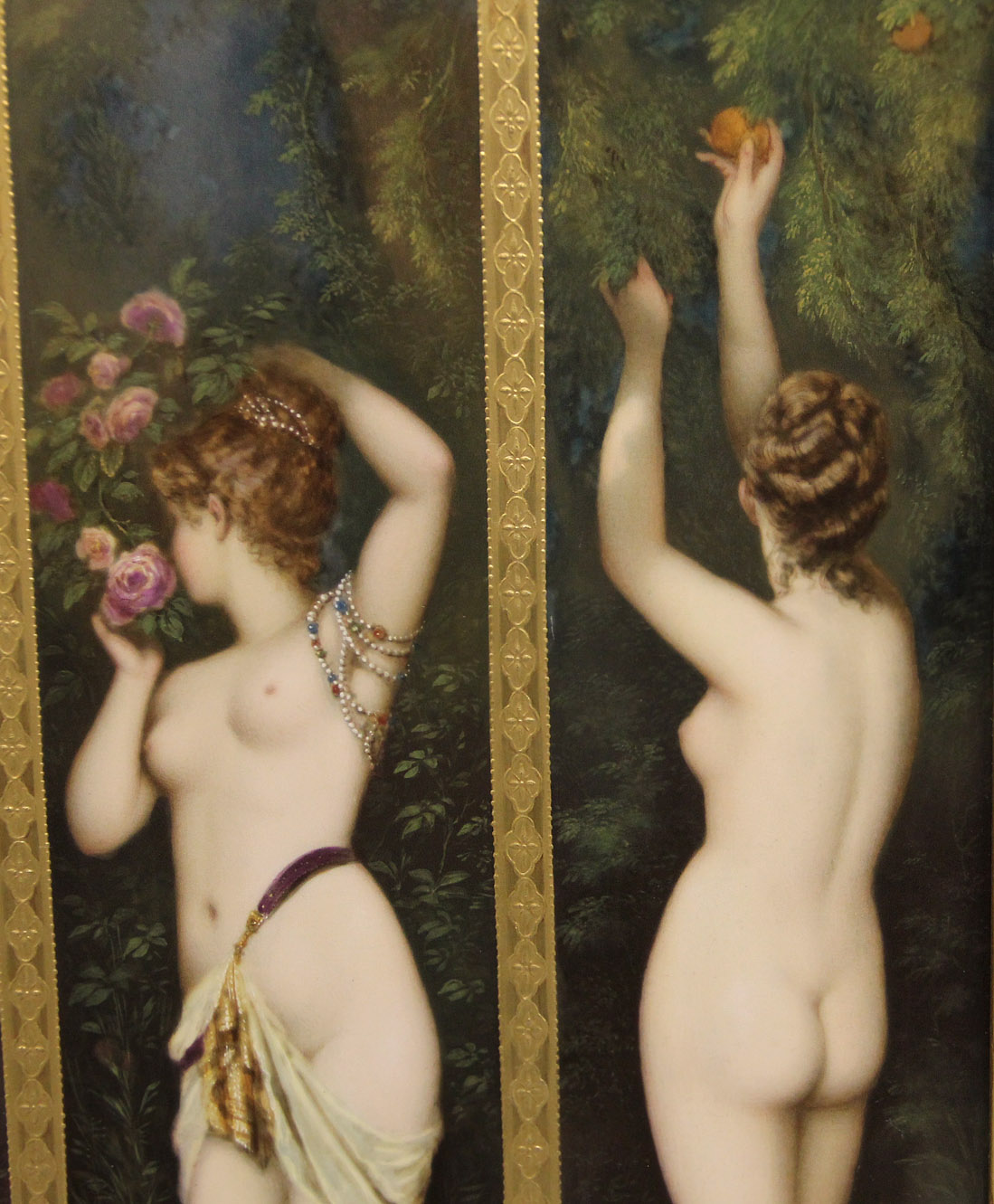 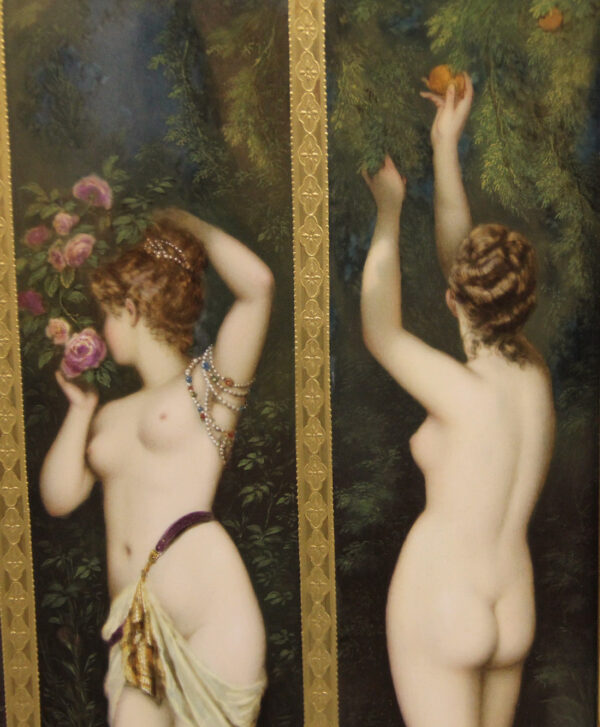 Finely painted after Hans Makart with the five vertical panels, each depicting a female nude against an exotic naturalistic background, emblematic of a senses, the reserves enriched with gilt stylized vine.

Hans Makart, was an Austrian allegorical painter and designer (1840-1884) who trained at the Vienna Academy between 1850 and 1851 under Johann Fischbach. Makart rejected the established rules of classicism, preferring to embrace the sensual expression of color. He became one of the leading artistic figures of the period in Vienna and an important purveyor of fashionable taste. One of Makart’s greatest achievements was staging the vast costumed parades held to celebrate the silver wedding anniversary of Franz Joseph and Empress Elizabeth in 1879. The present work is painted after his five allegorical paintings of the Senses, c.1872-1879, now in the Belvedere Museum, Vienna.