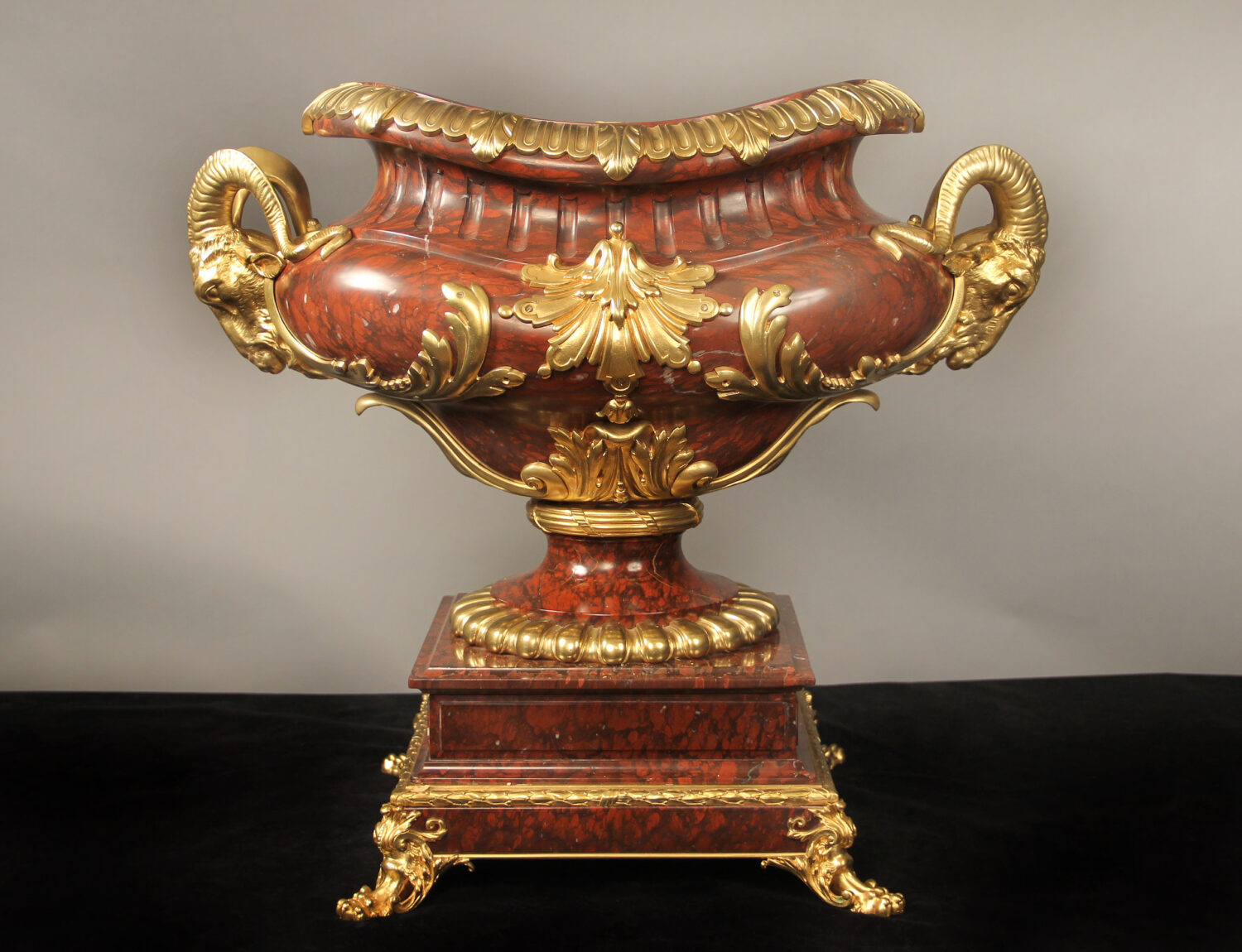 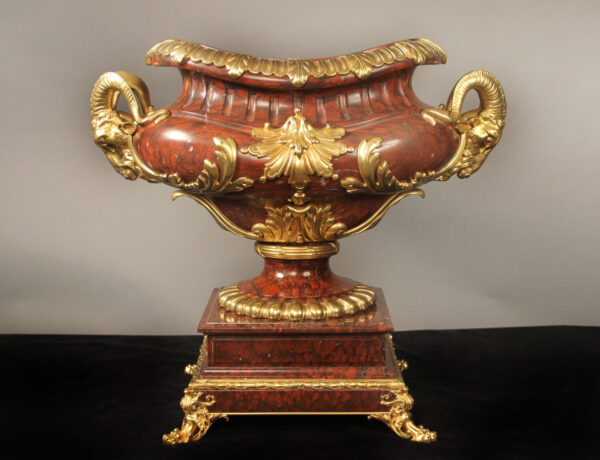 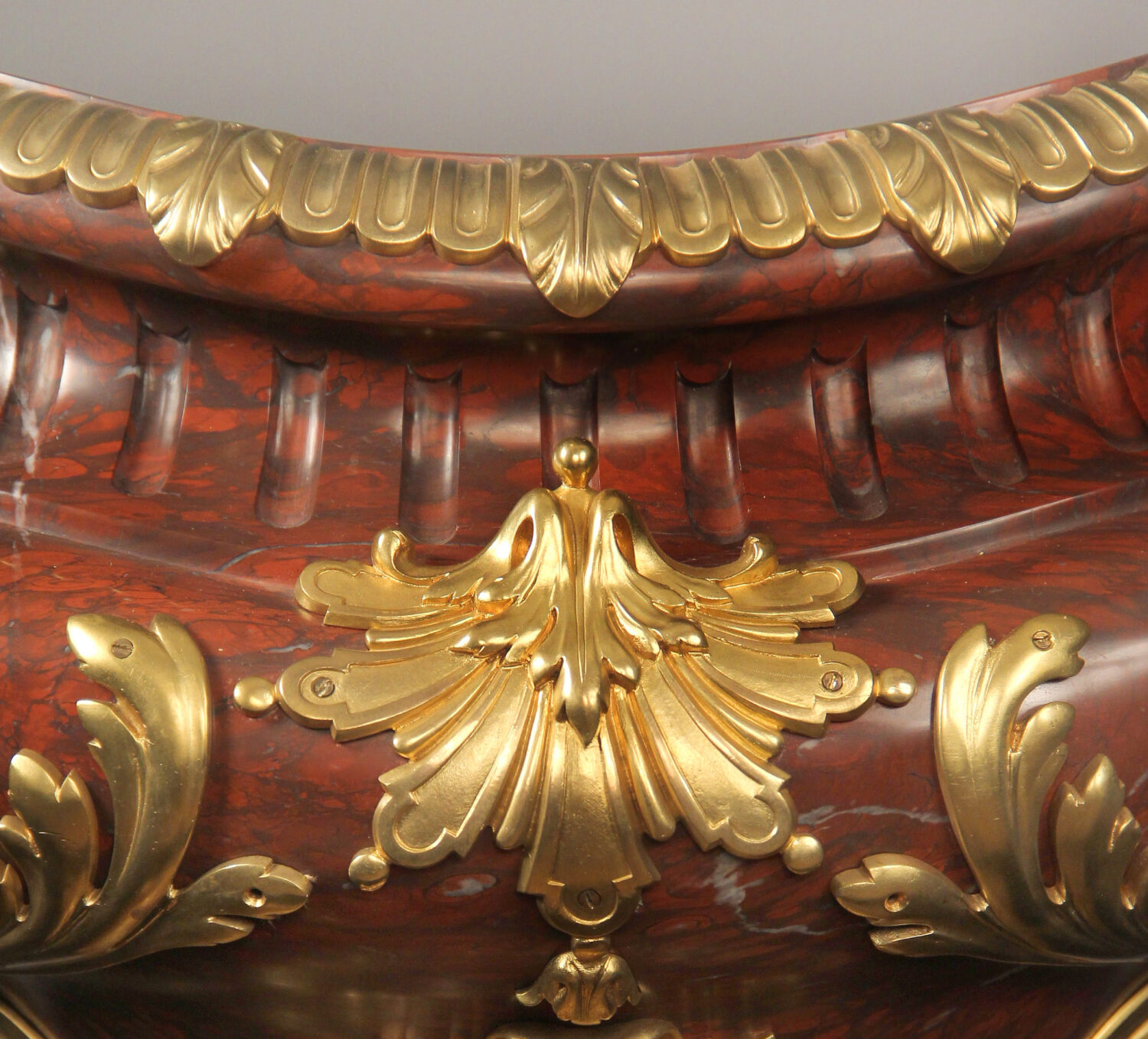 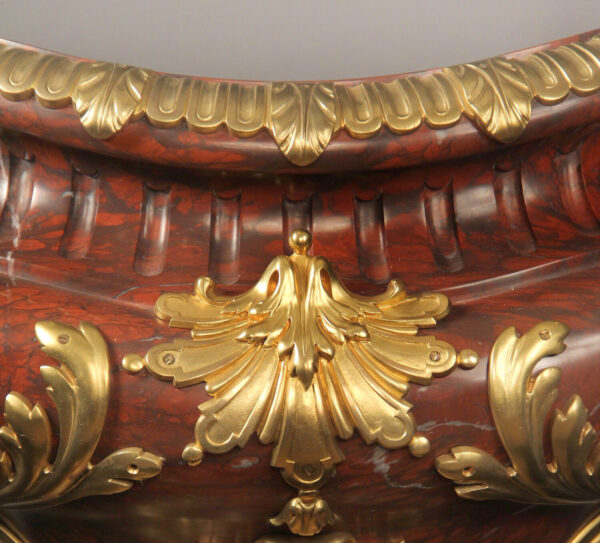 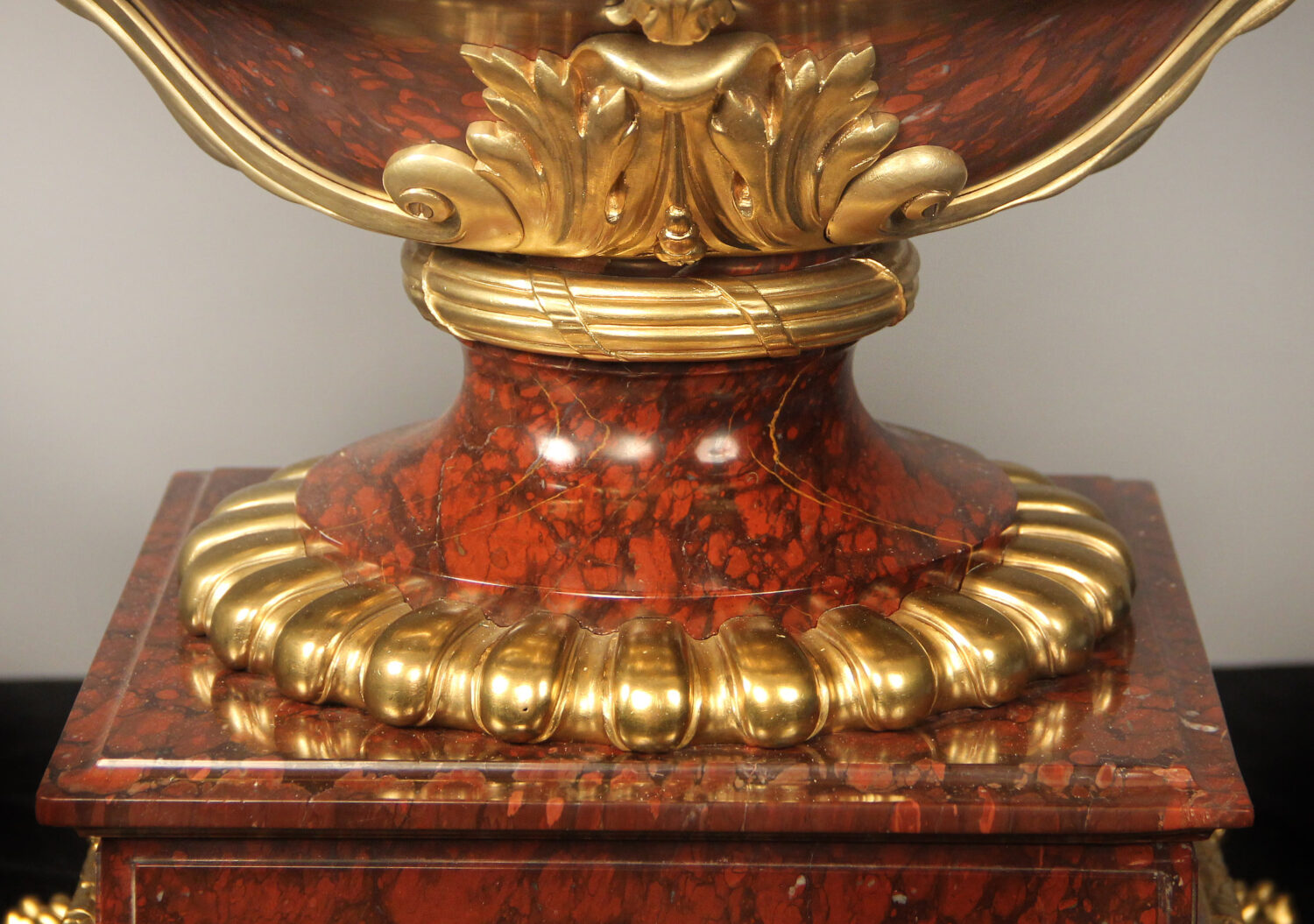 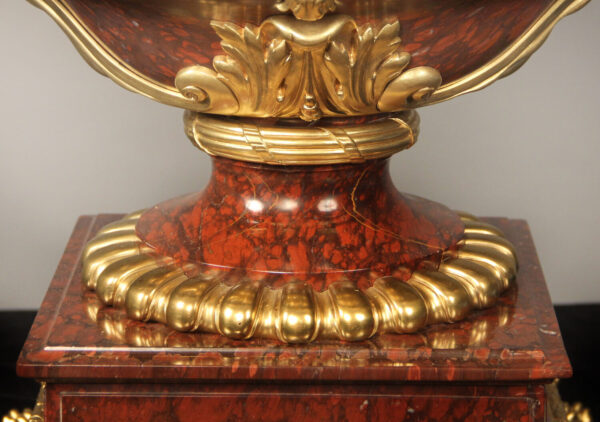 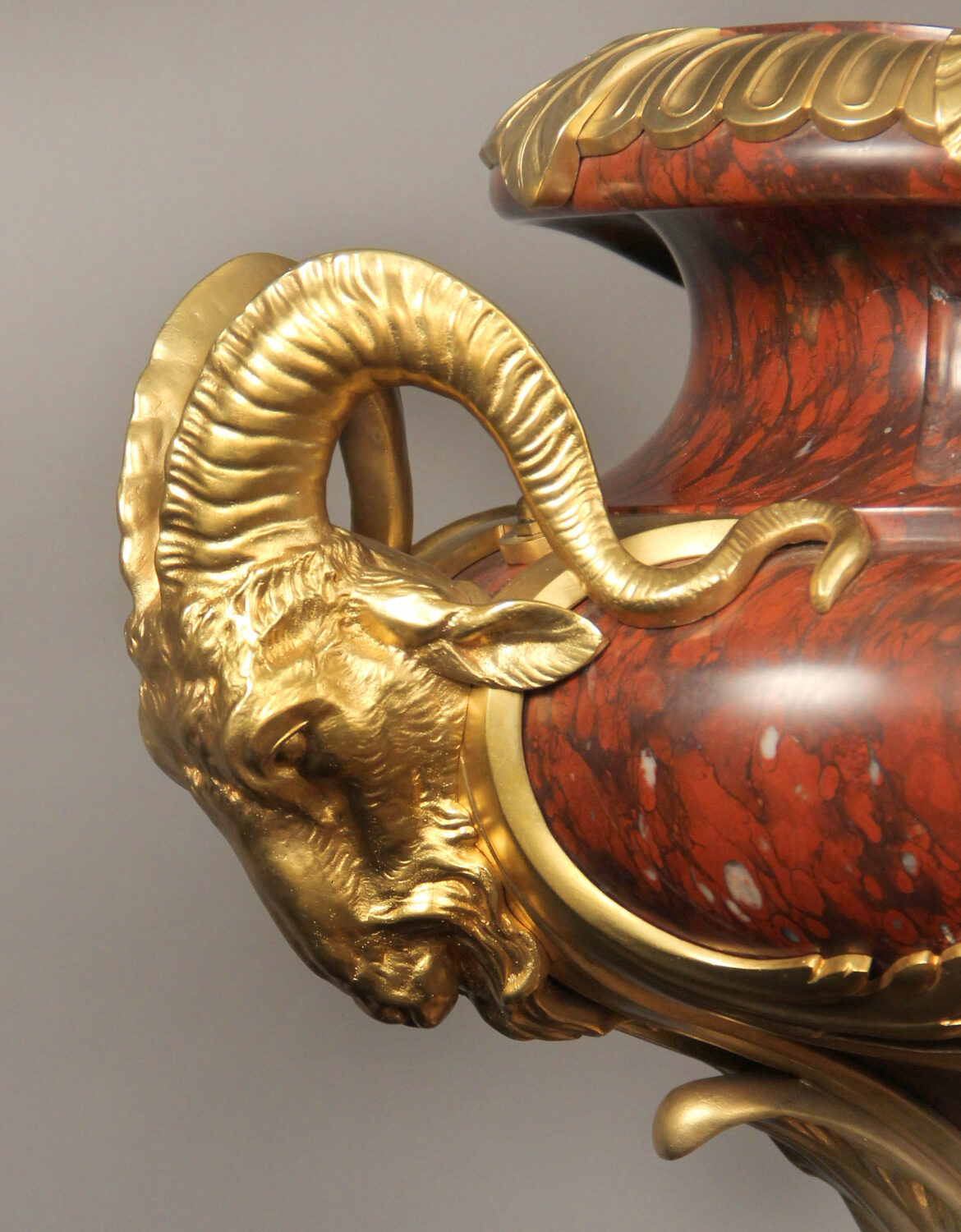 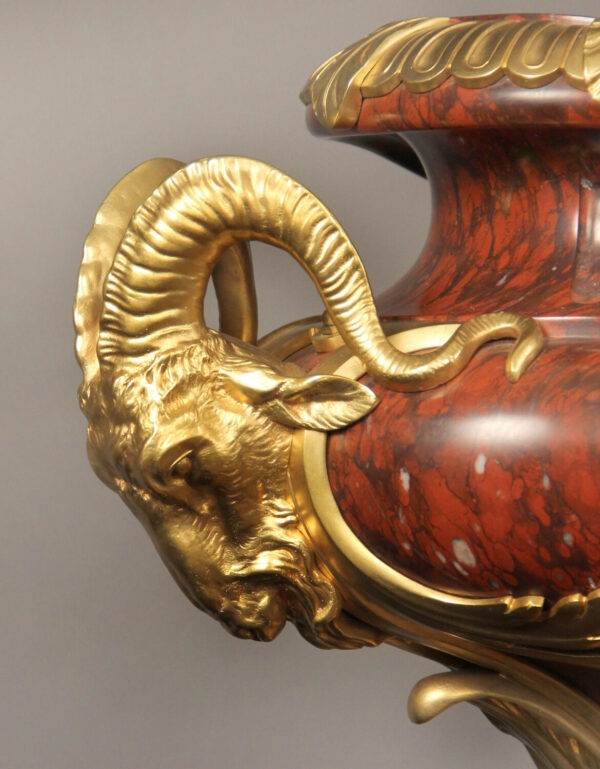 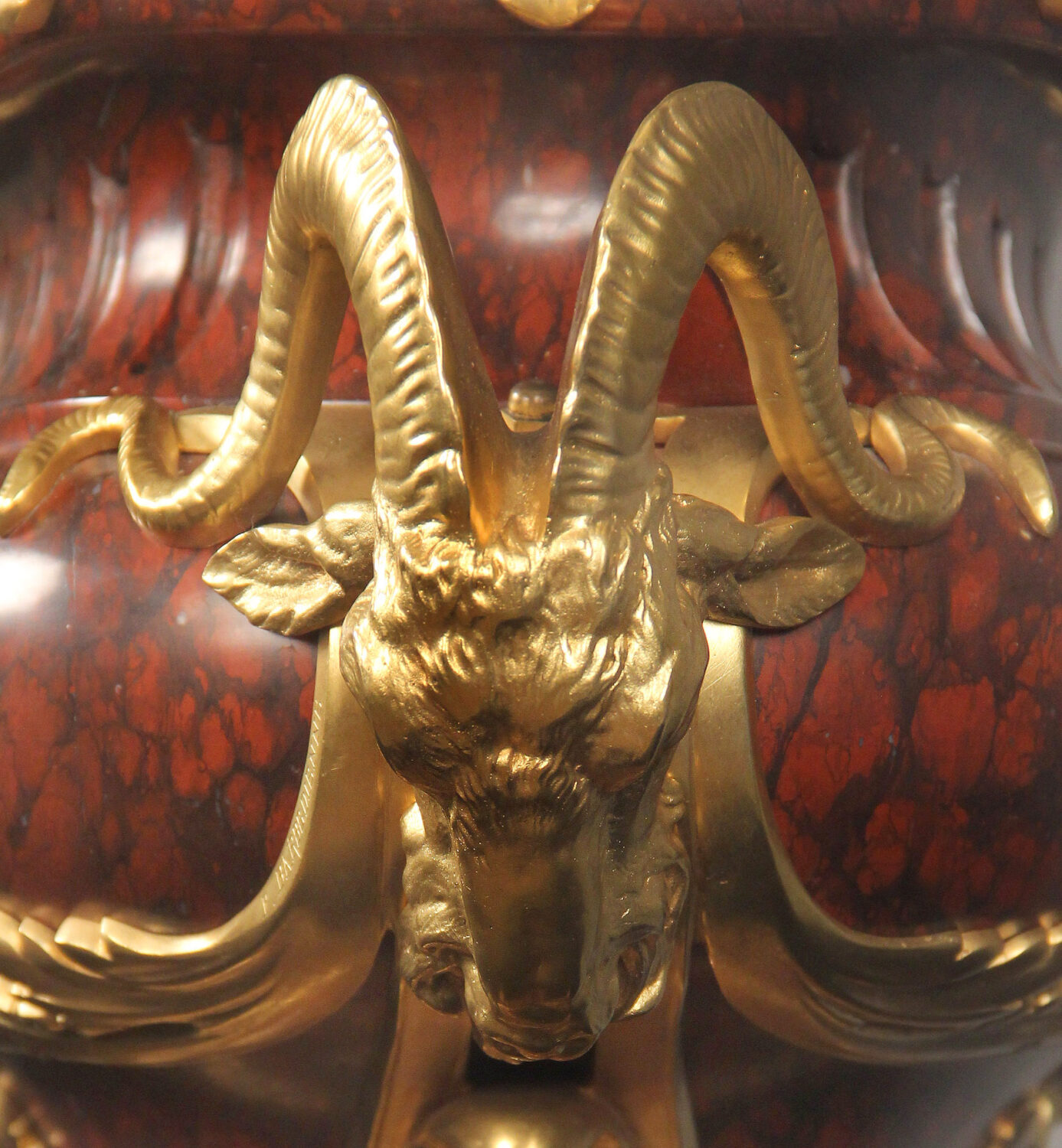 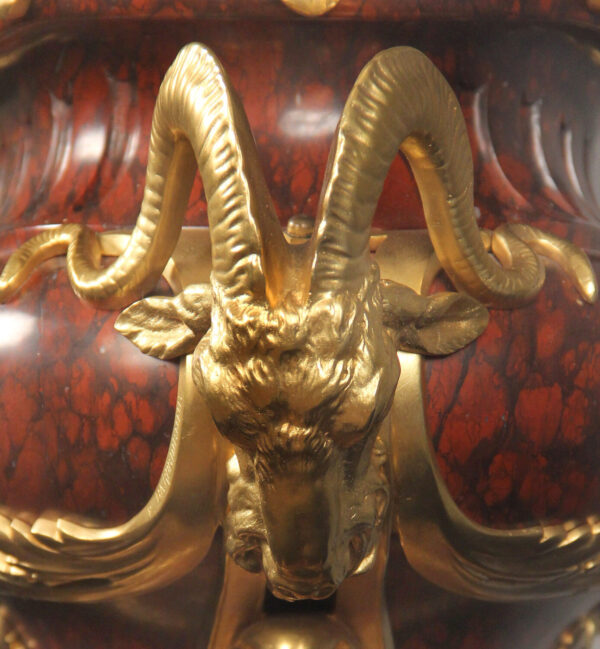 The oval waisted neck with gadrooned surround mounted with acanthus leaves, the bulbous body centered to the front and back by a palmette, flanked by large ram’s head handles, on a circular spreading foot and square base all standing on four gilt bronze lion paw feet.

Signed F. Barbedienne next to one of the ram heads.