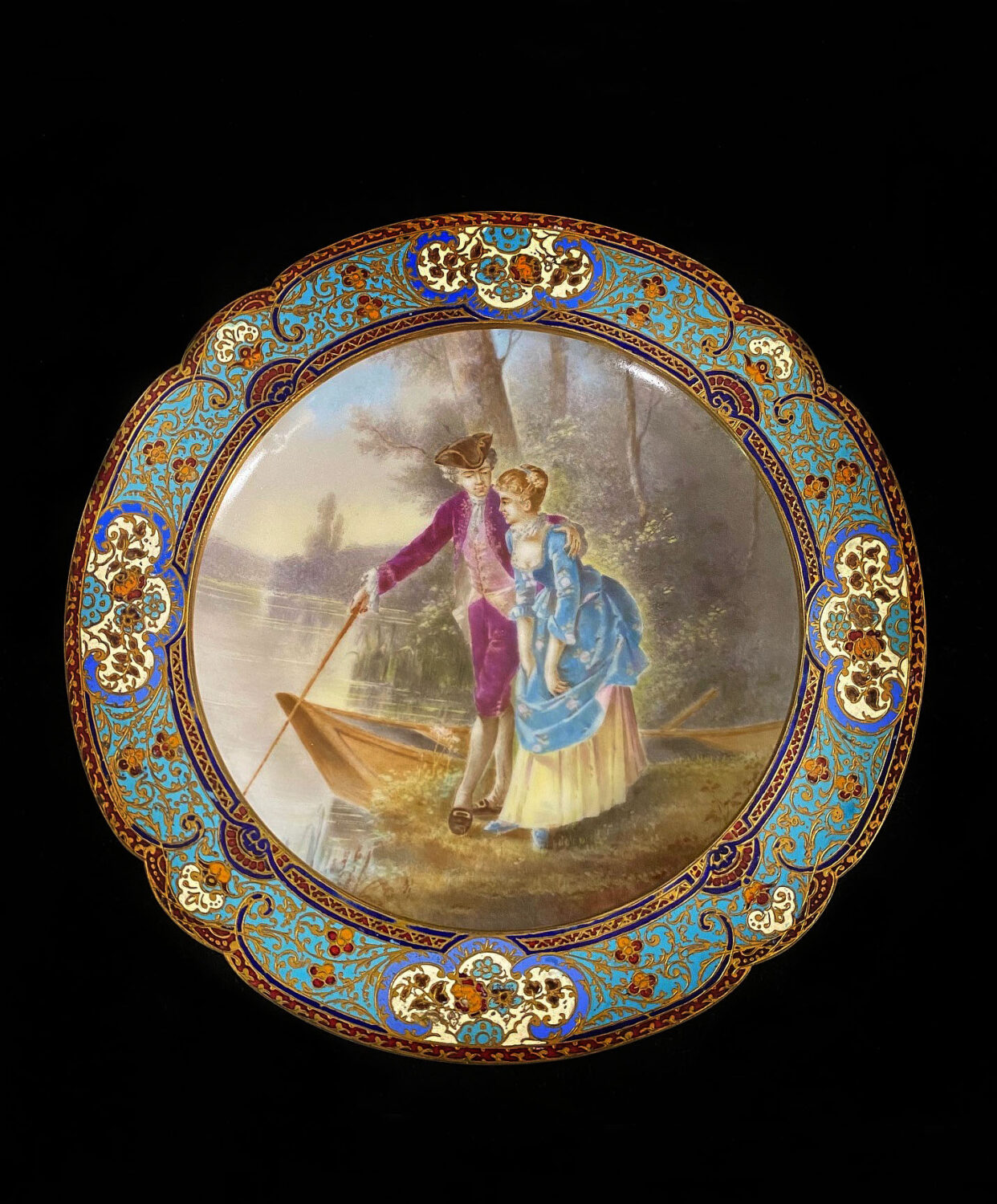 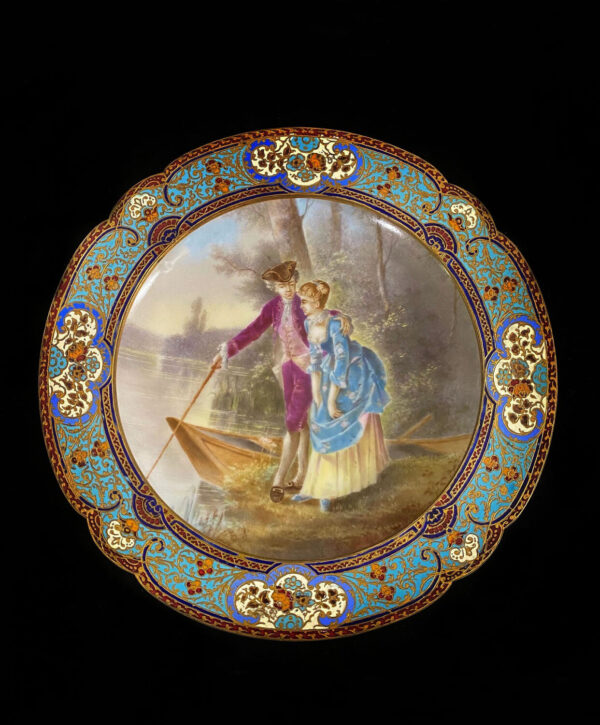 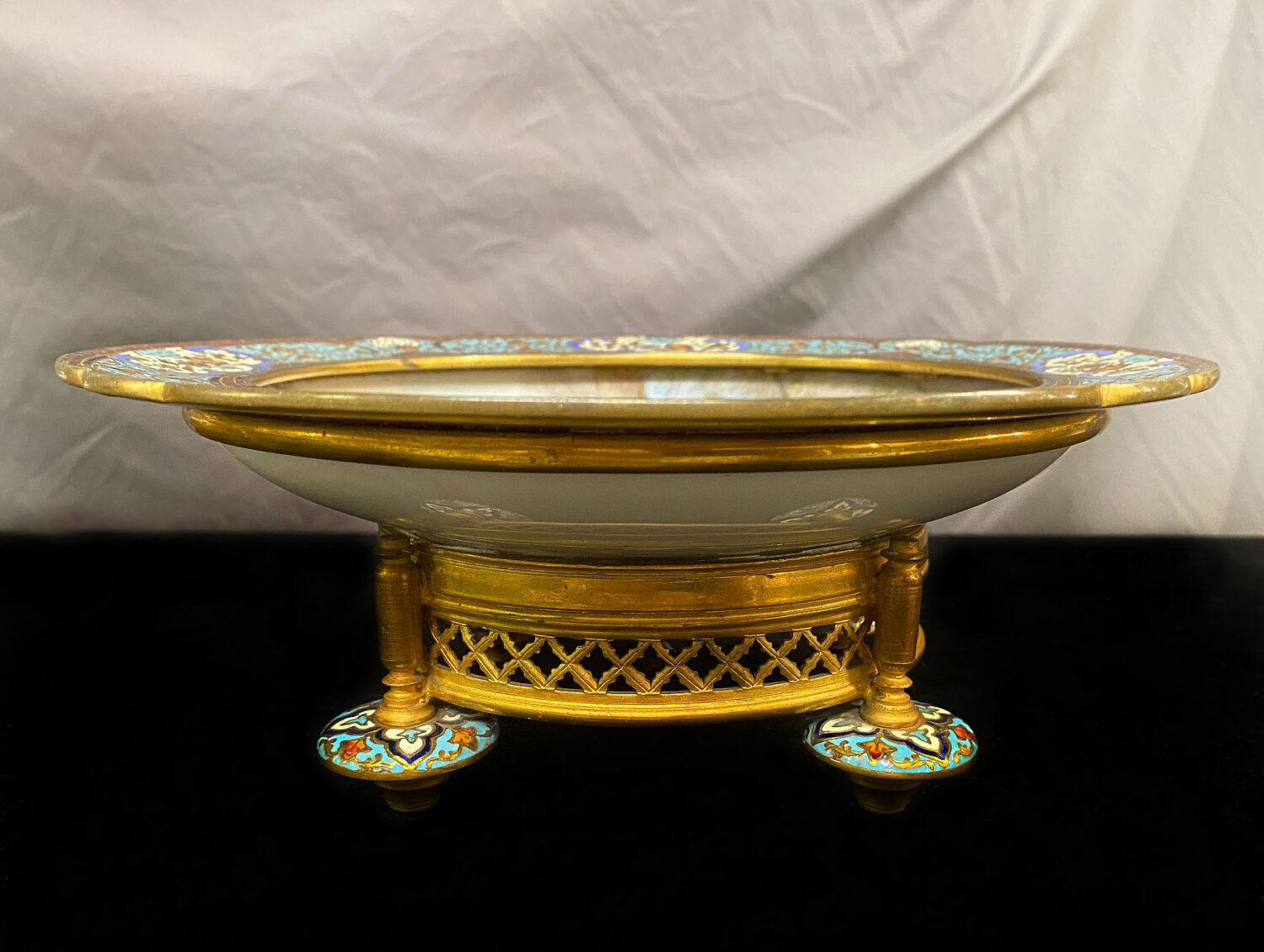 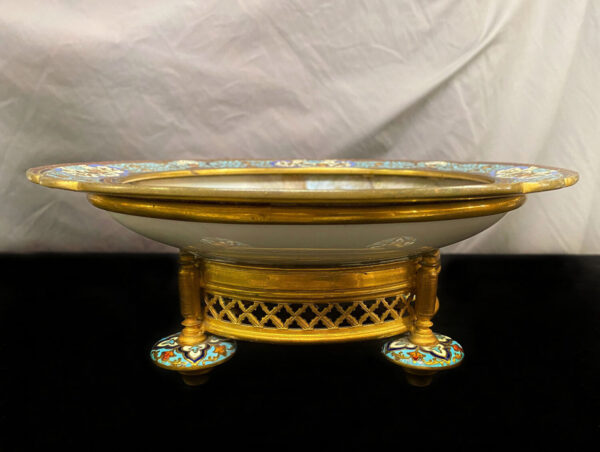 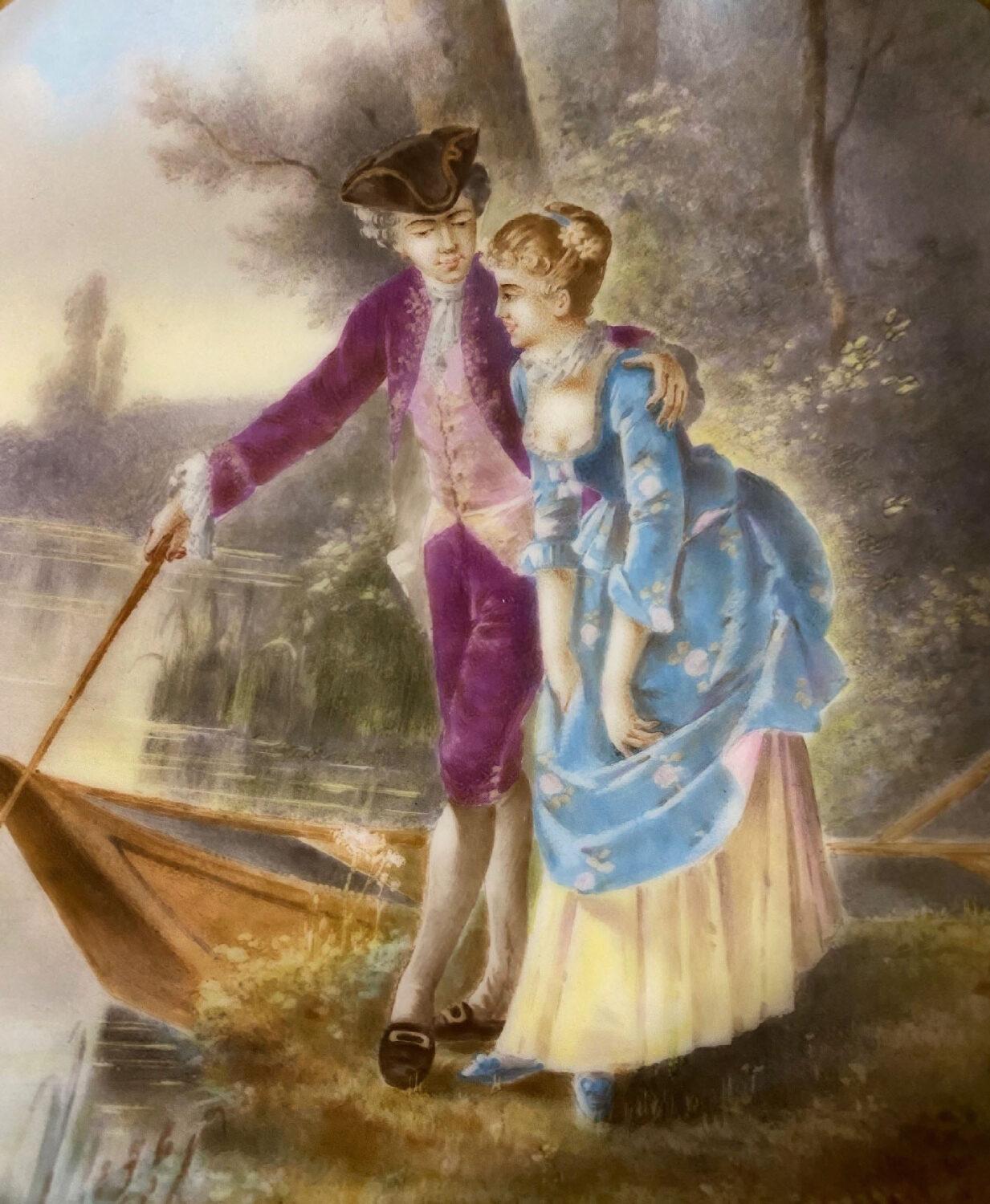 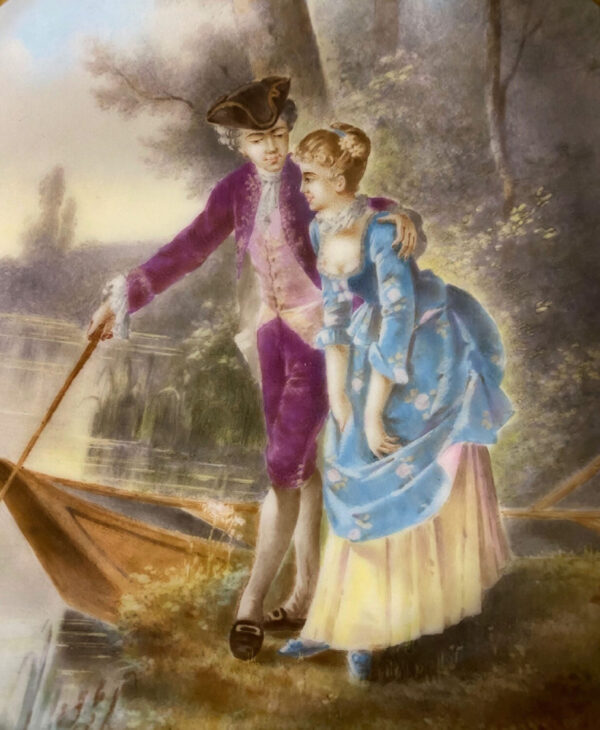 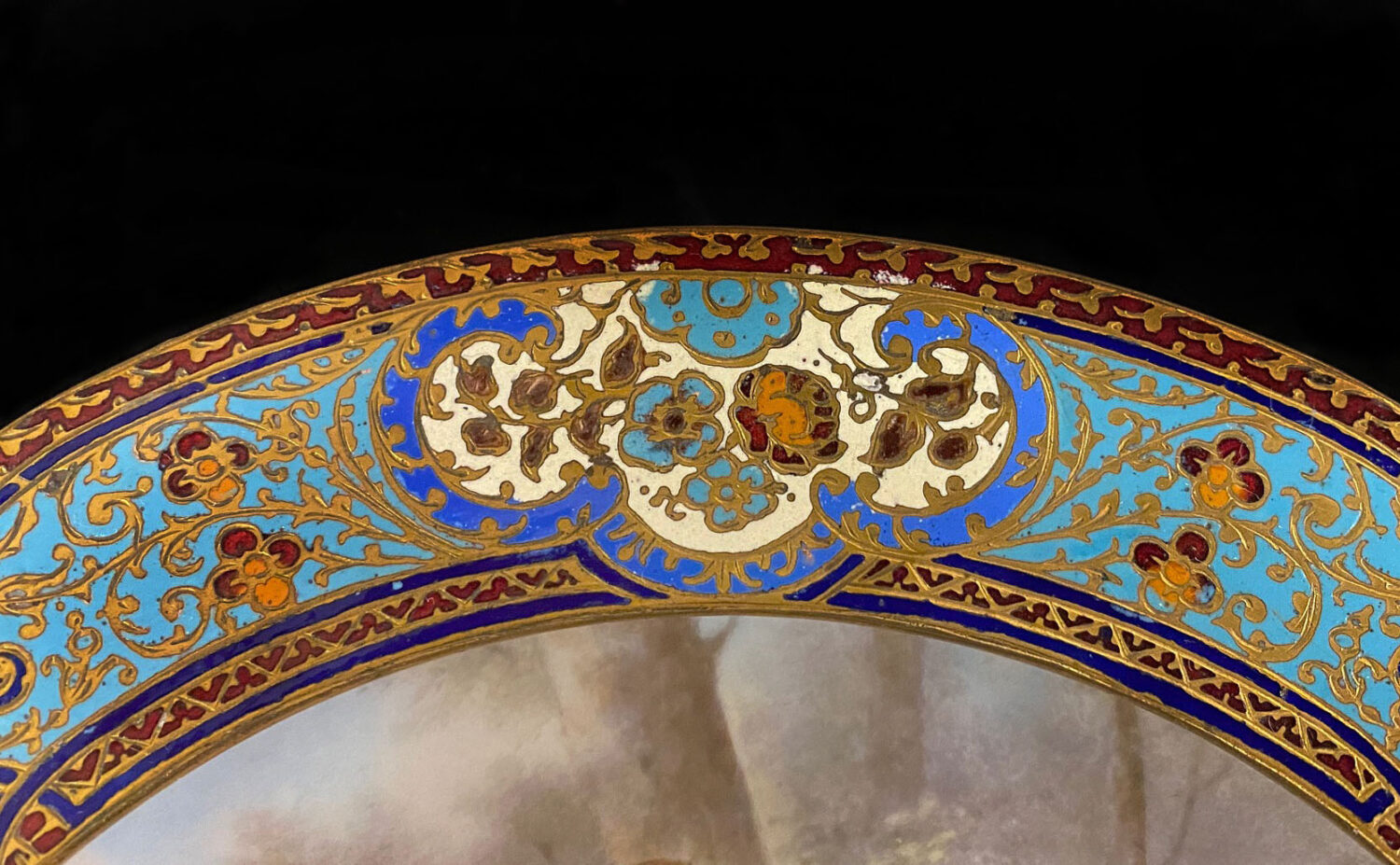 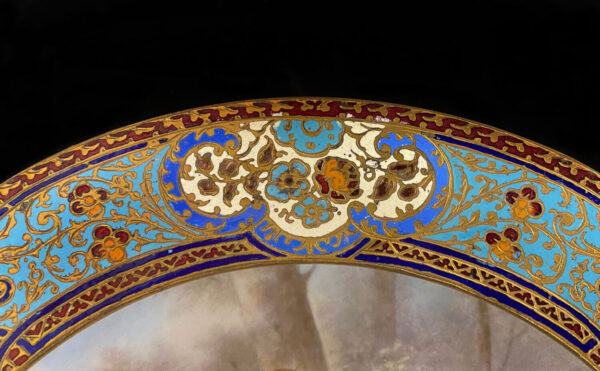 The porcelain plate decorated with a scene of an amorous couple at the edge of a river within an inlaid enamel boarder.

Signed by the artist Miguel.