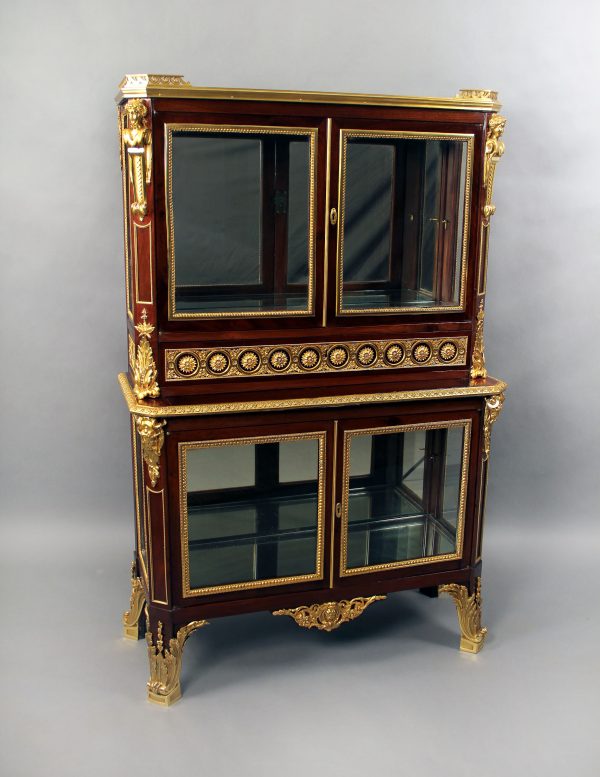 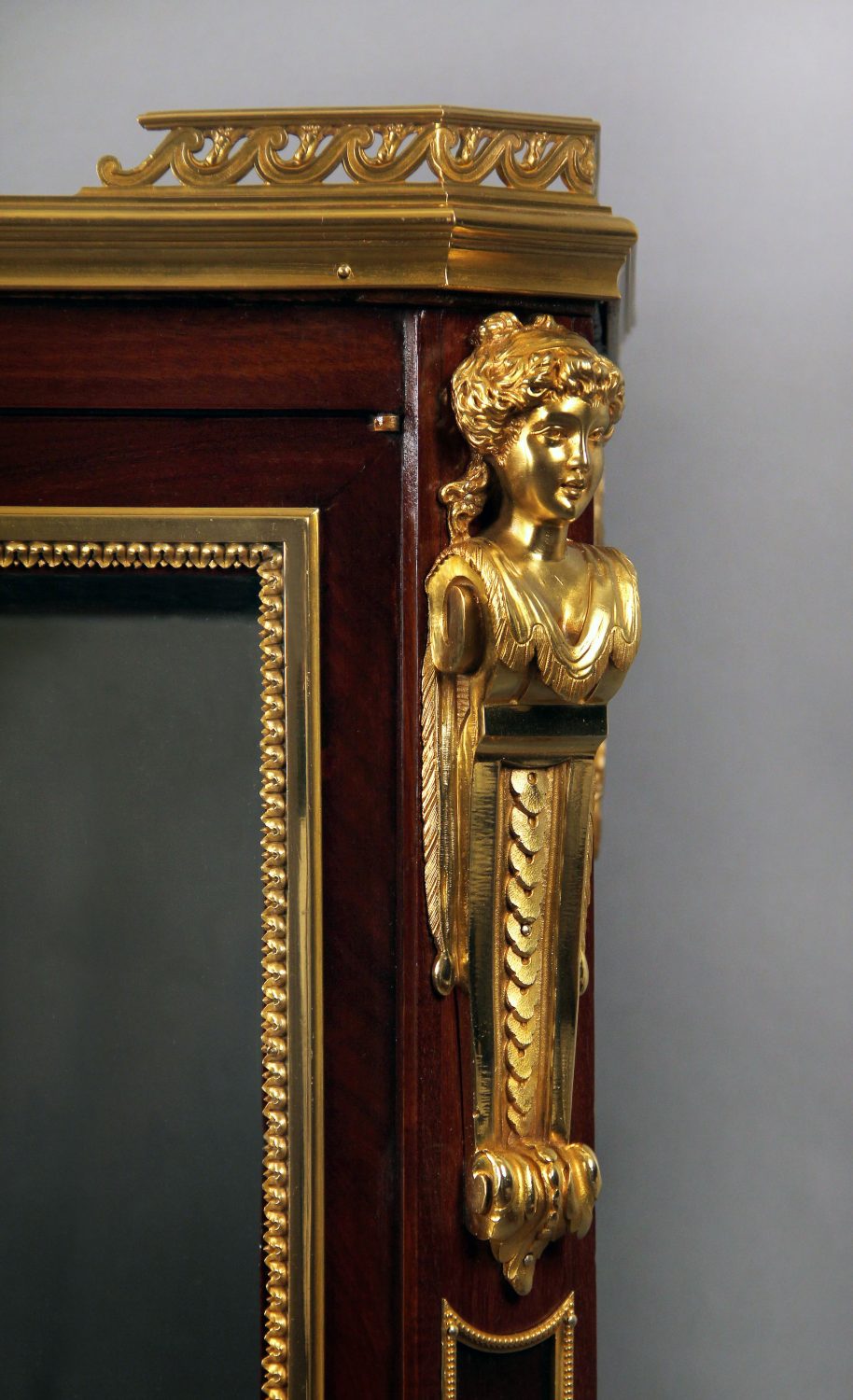 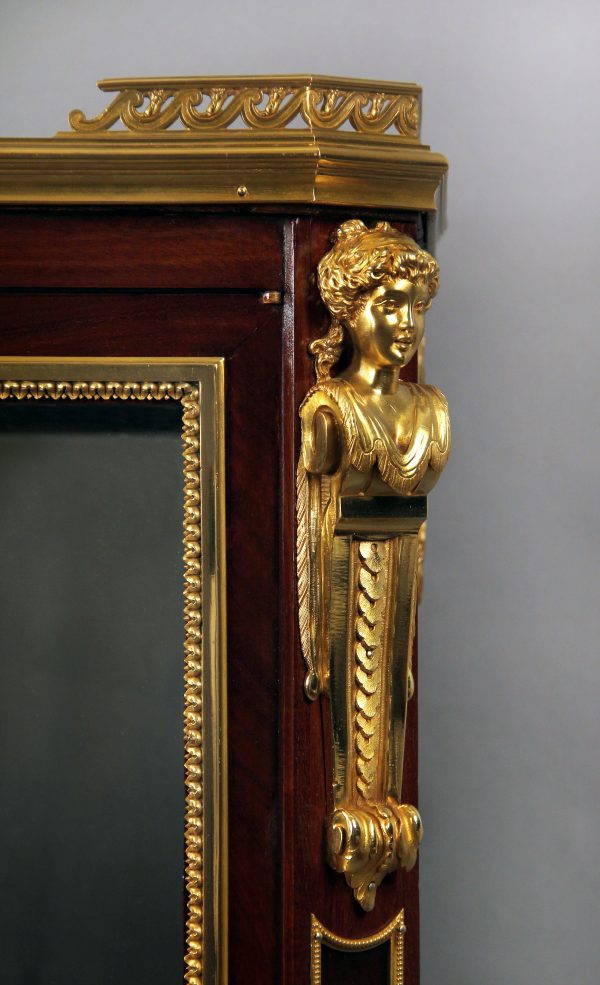 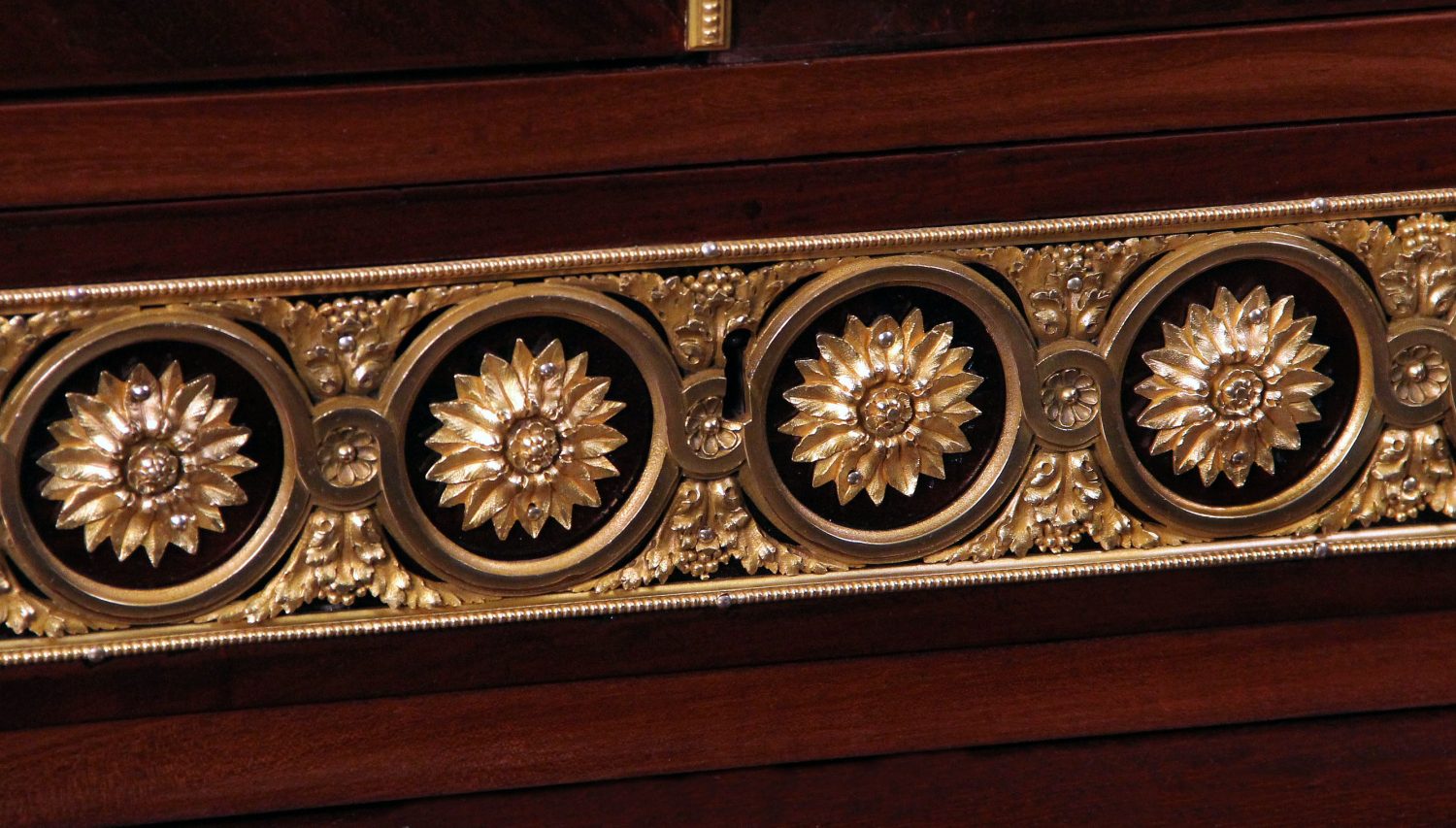 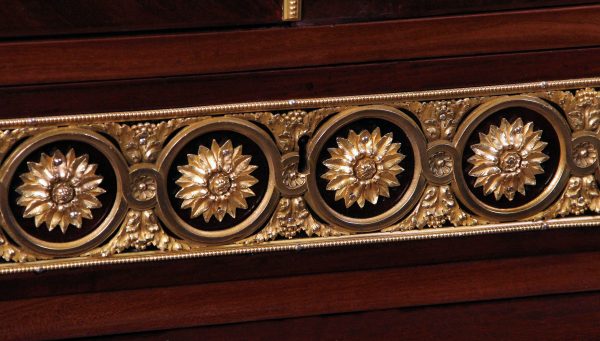 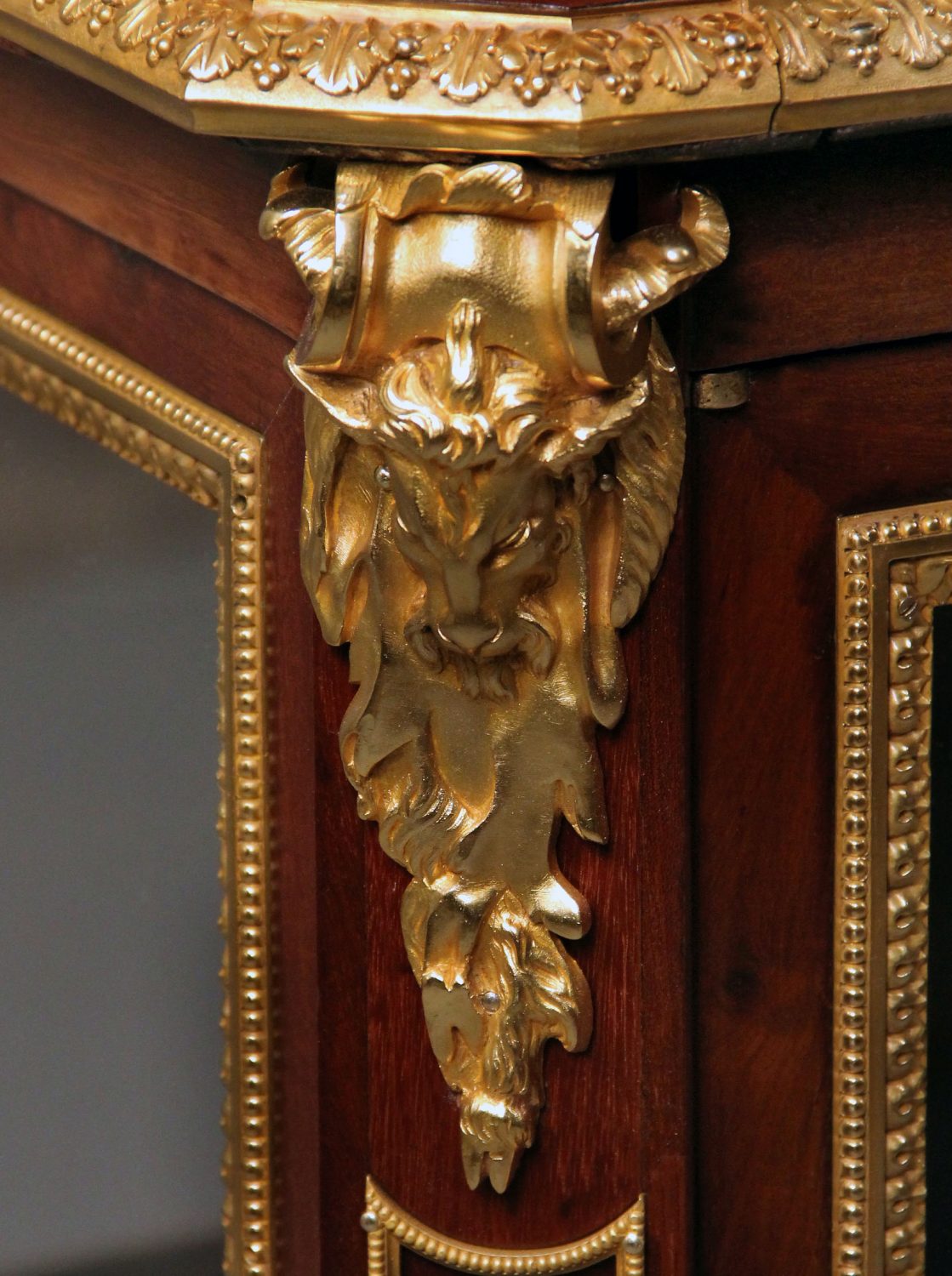 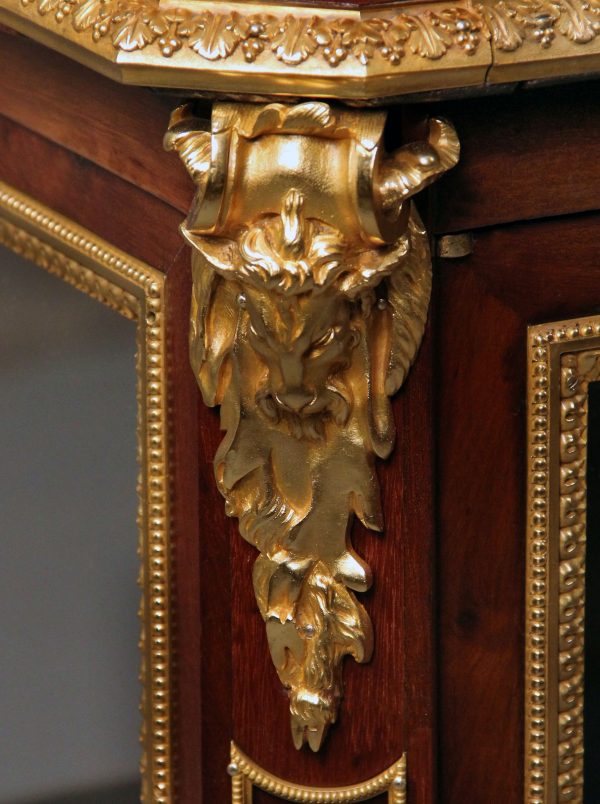 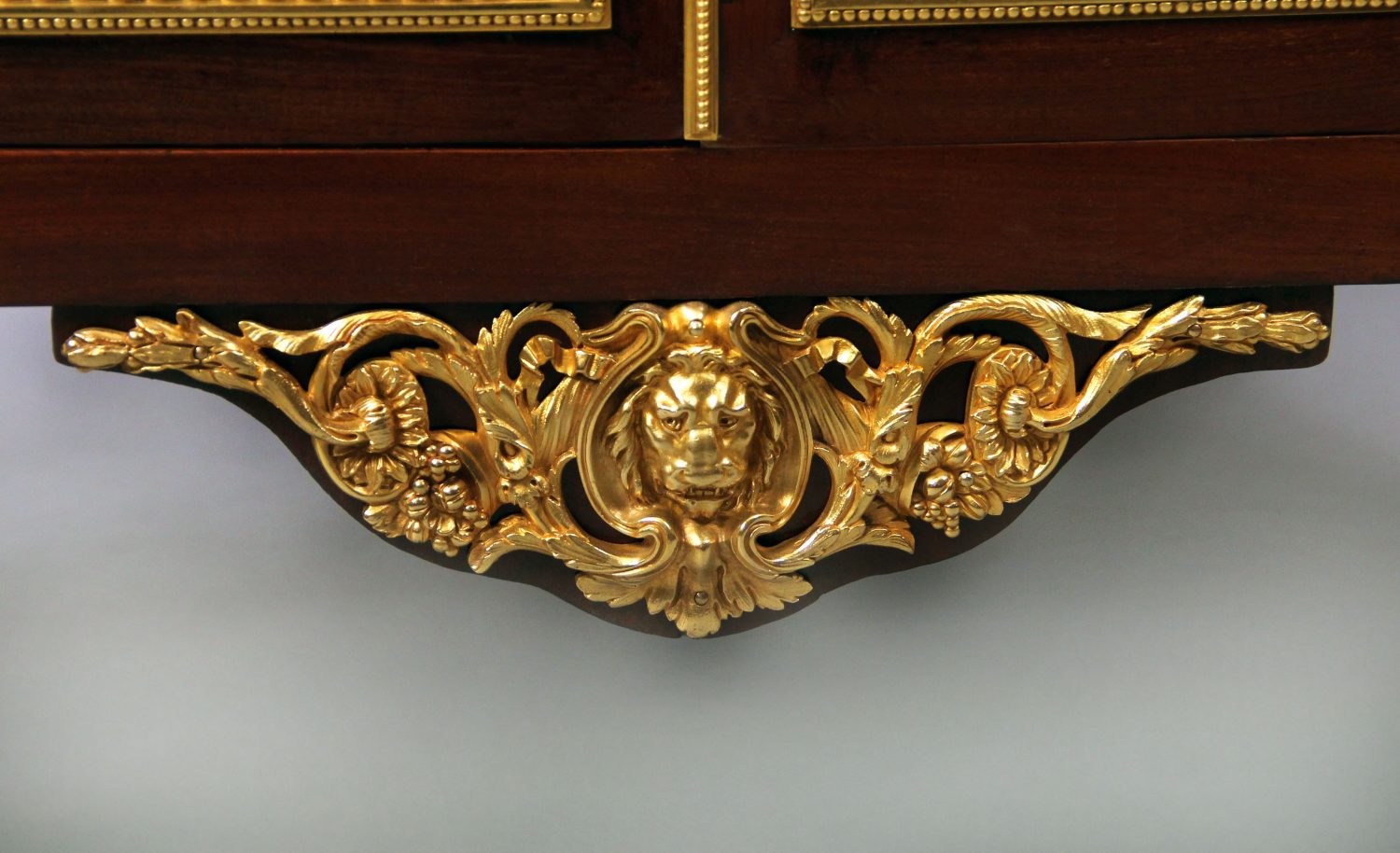 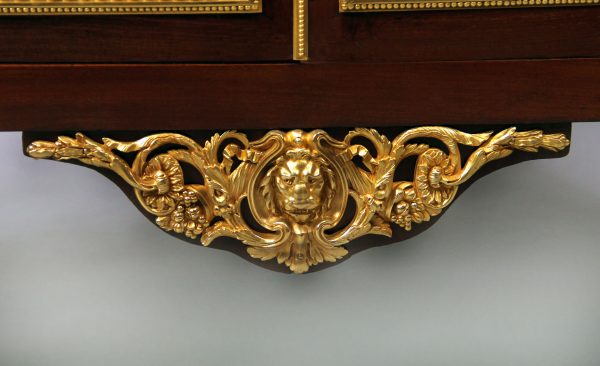 The vitrine fitted with a nice inset marble top, the upper cabinet with a long single drawer and bronze women busts on the corners. The bottom part with ram heads and centered with cornucopia and a lions mask.

Stamped HPR, for Henri Picard, on the back of some bronzes.