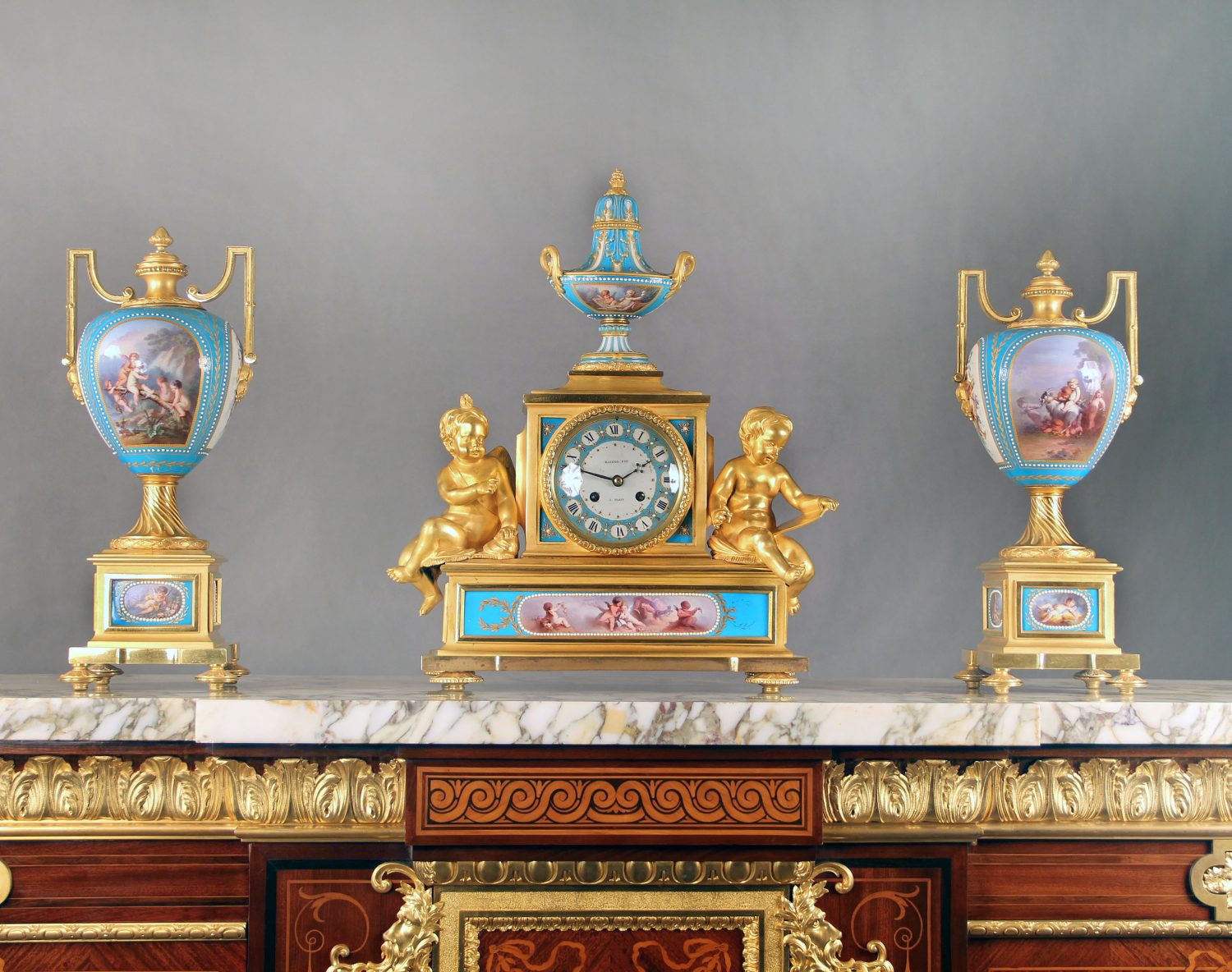 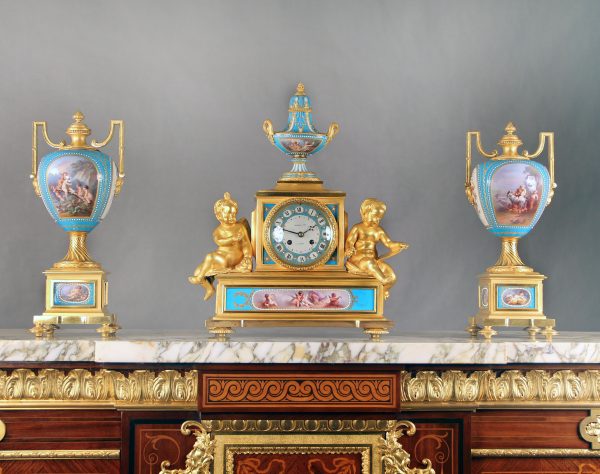 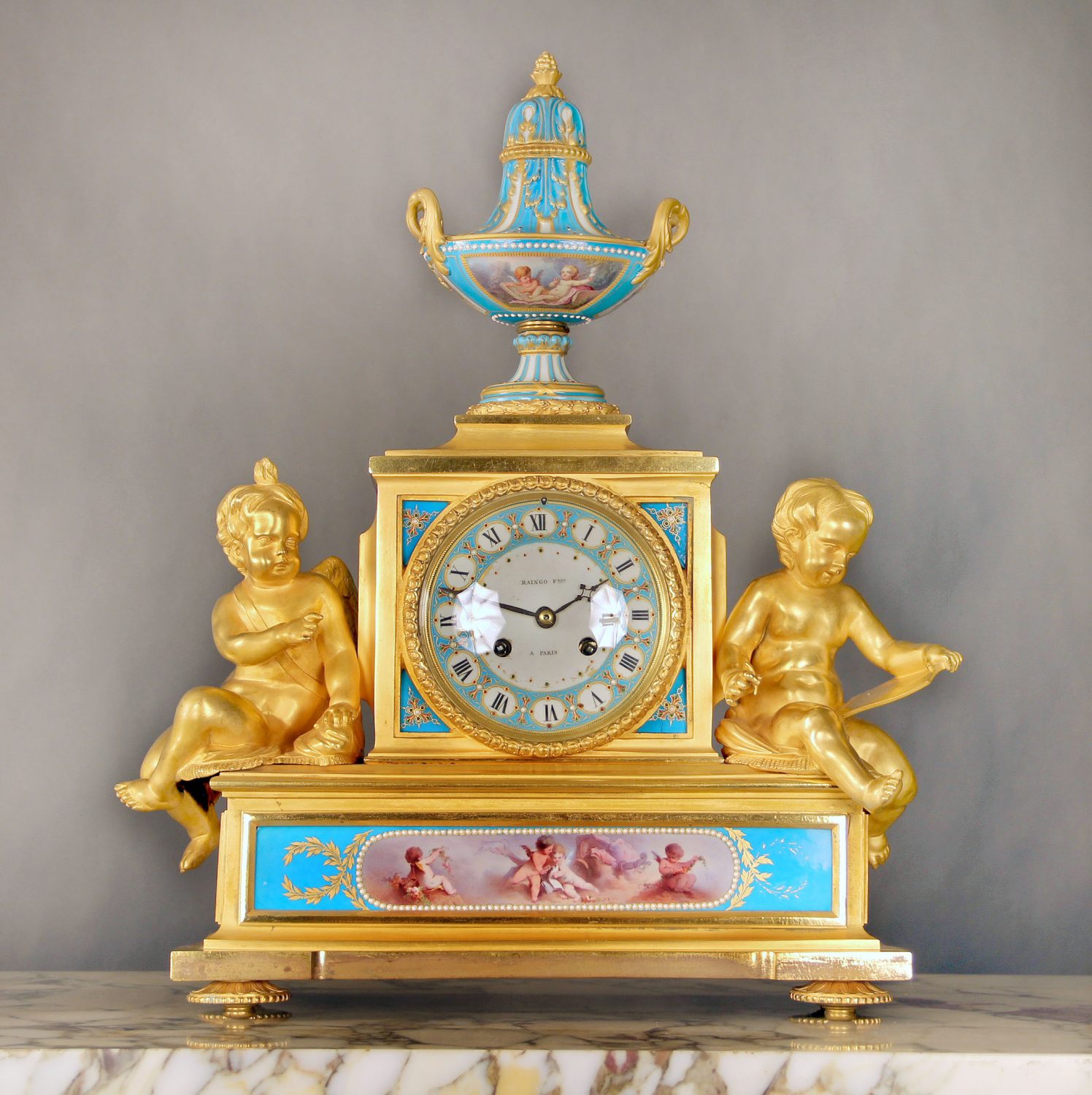 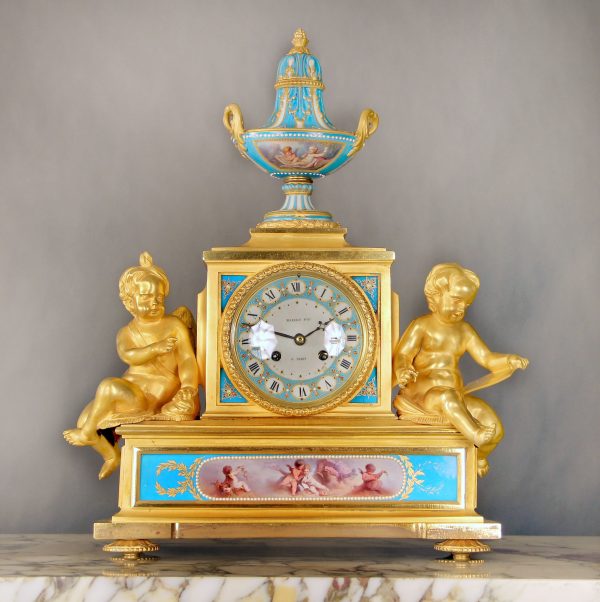 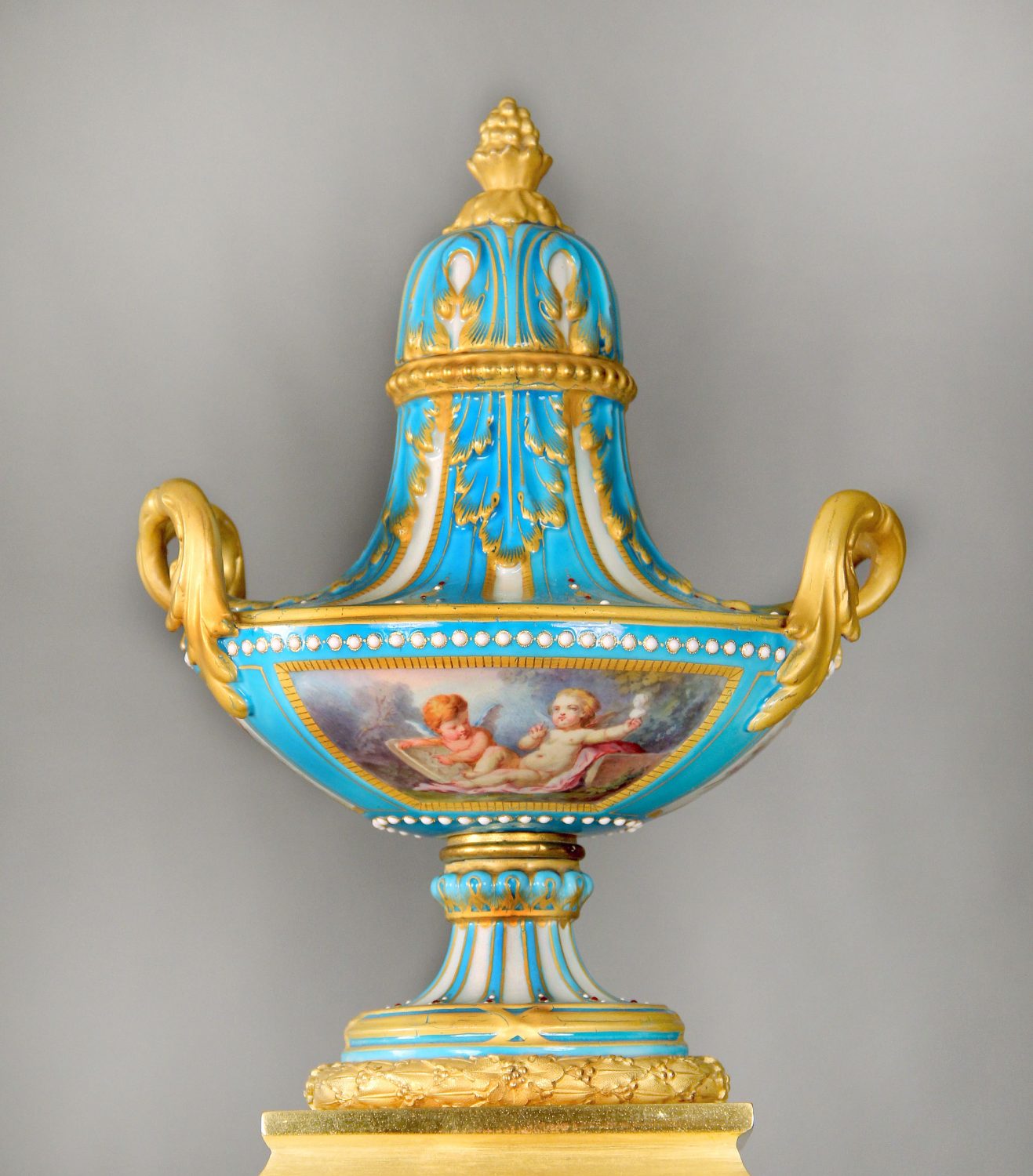 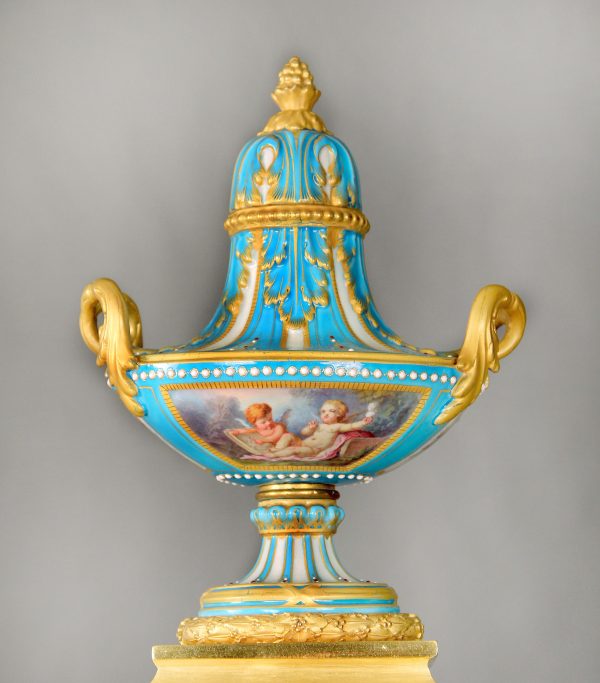 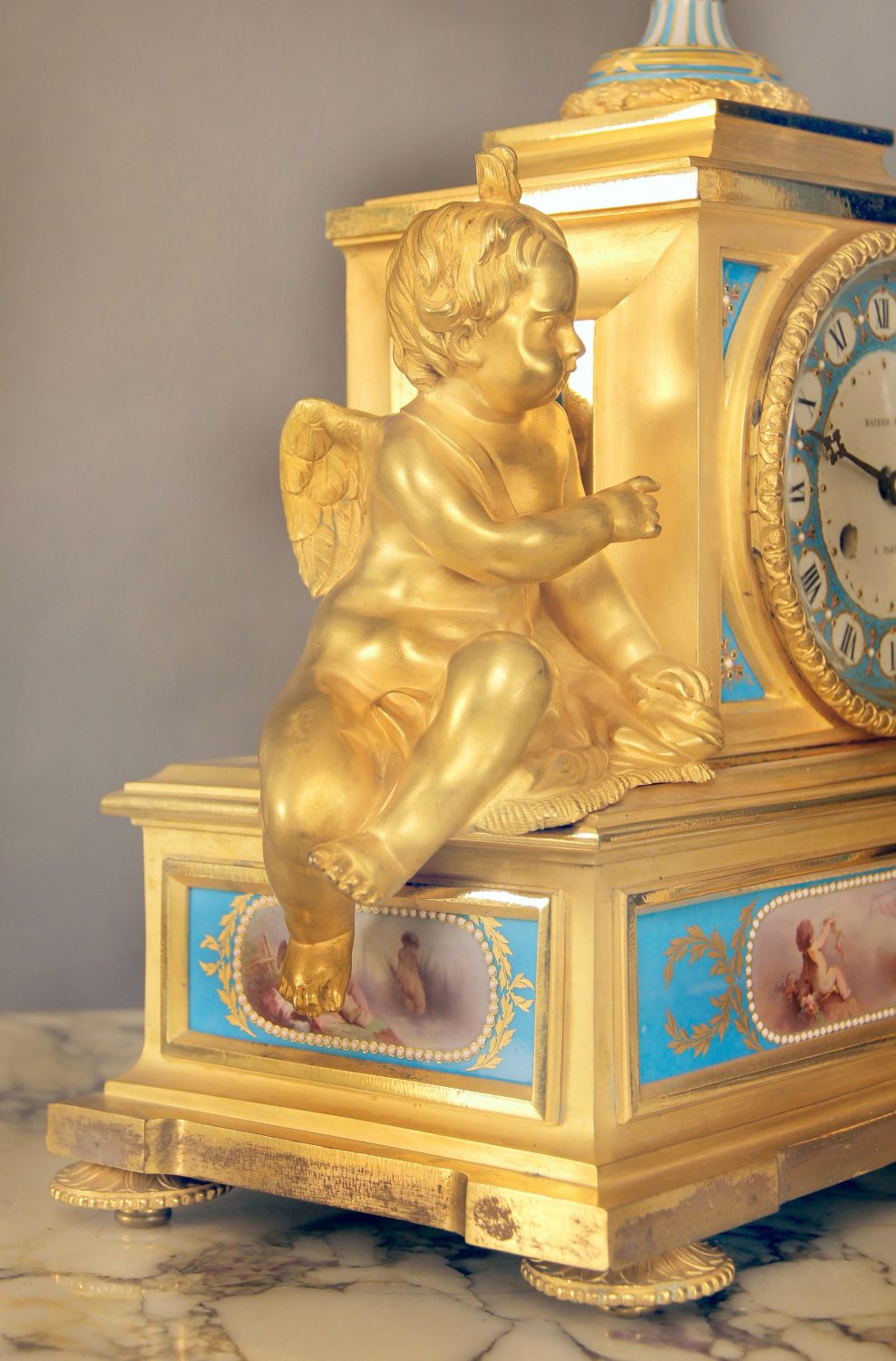 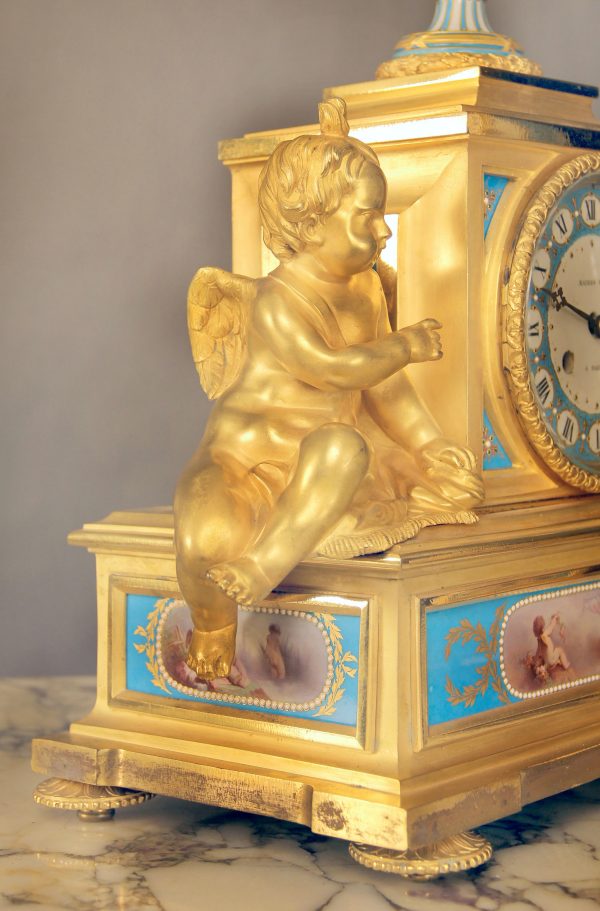 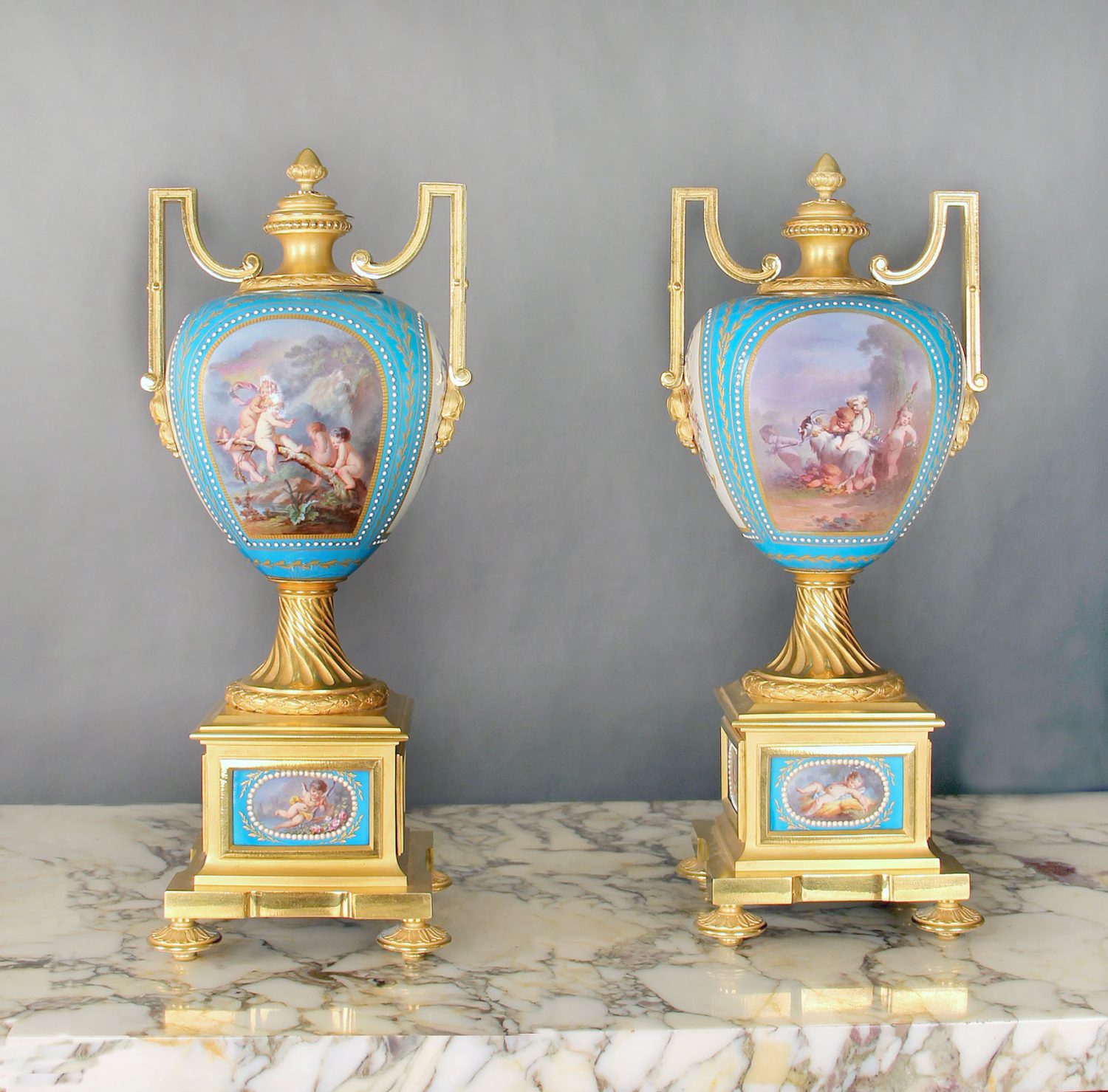 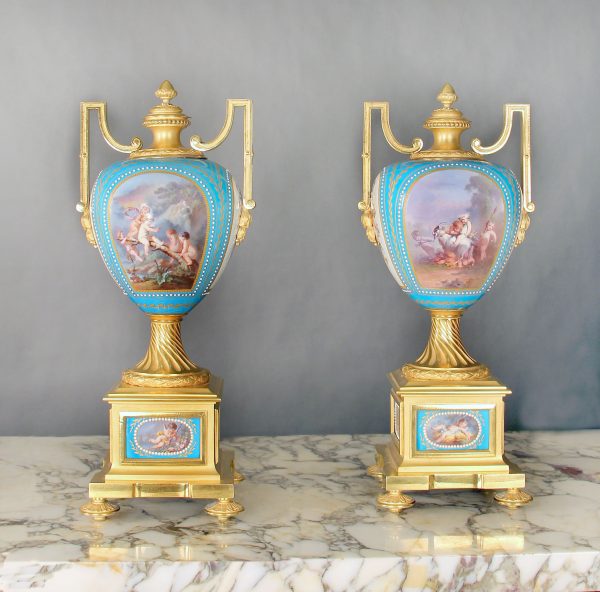 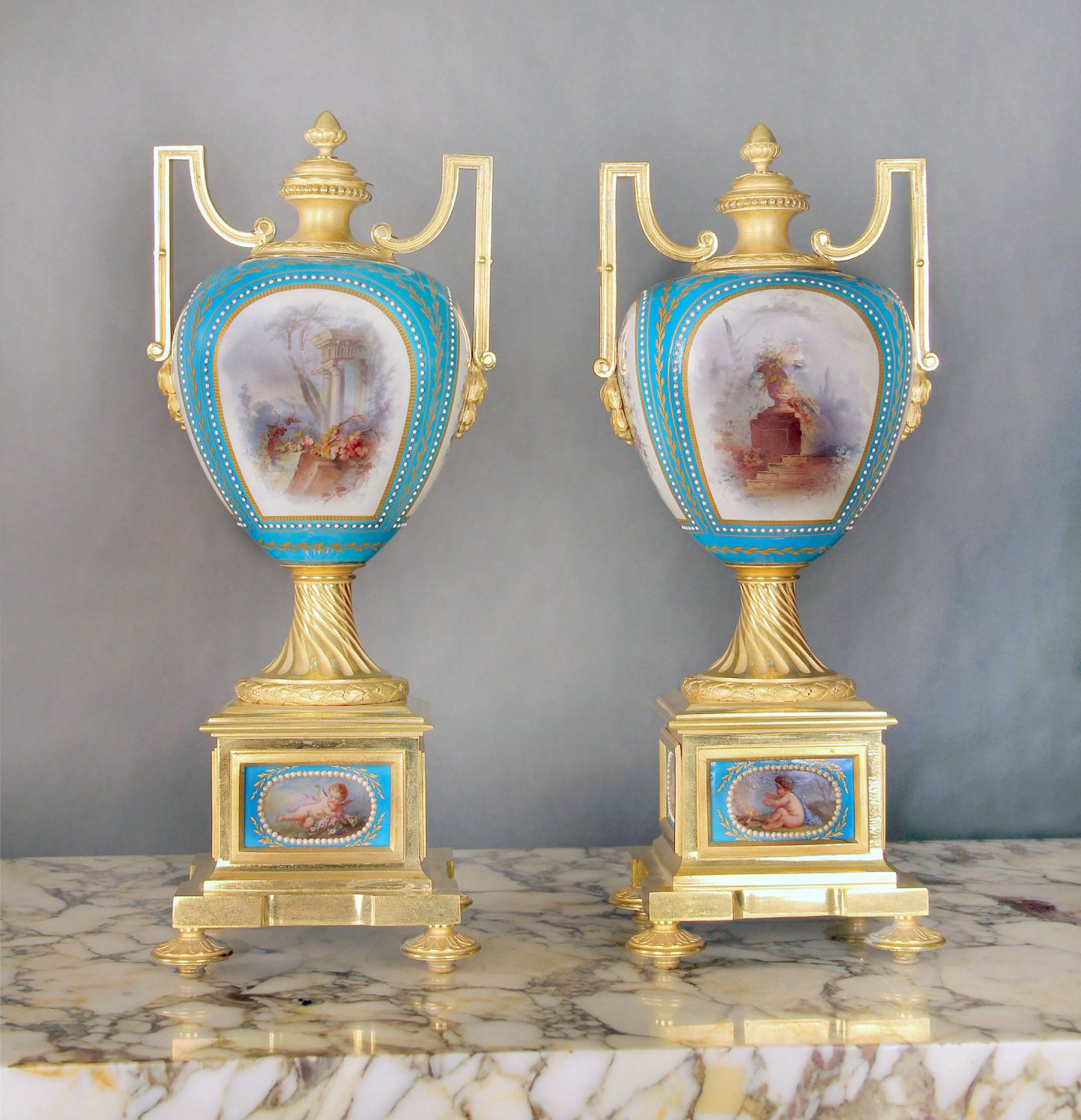 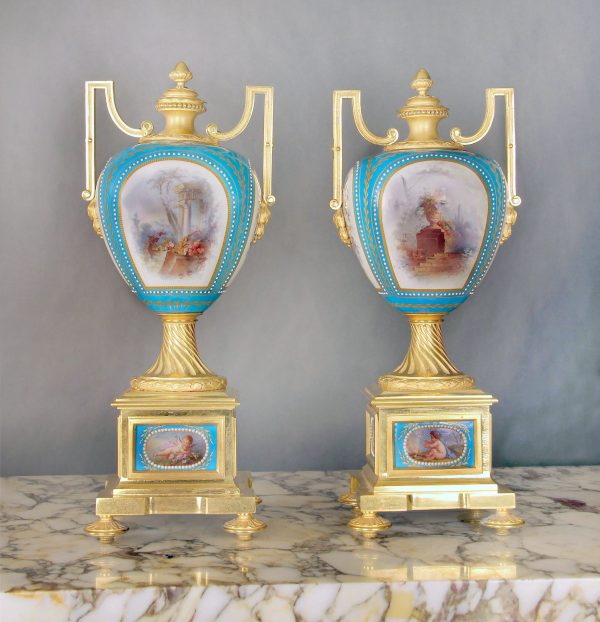 The clock surmounted by a covered urn with gilt porcelain handles, the clock face signed Raingo Fres A Paris, with two large gilt bronze cherubs on either side. Three porcelain plaques painted with scenes of Putti at play on the bottom and sides. The two vases depict painted scenes of Putti on the front and landscapes on the back, four plaques complete the bottom front, sides and back.

The clockmaker and bronzier Raingo Frères was founded in 1813 by Zacharie Joseph Raingo. He was born in 1775 in Belgium, lived in Tournai, was active in Ghent and moved to Paris in 1813. In Tournai, he probably made one of his first astronomical clocks with planetarium which was his specialty.

In 1834, the company received an honorable mention in an exhibition in Paris.  While the four Raingo brothers were first recognized as clockmakers, in 1841 they added bronzes and furnishings to their repertoire. Known for the quality of their ormolu (gold plating), by 1860, Raingo Frères had furnished bronzes, garniture (decorations) and table pieces for the apartments of Emperor Napoleon III and his wife, the Empress Eugenia, examples of which are now in the collection of The Louvre. They later produced small models of works by contemporary artists, such as Pradier, Carrier-Belleuse, and Auguste Moreau. They also collaborated with famous ebeniste François Linké.

In 1862, the company was present at the International Exhibition in London. In the world exhibitions in 1867, 1878 and 1889, the company also won several medals, even a gold medal in 1898. Some of their works are in different museums like Musée des Arts et Métiers in Paris, Museo Poldi Pezzoli in Milan and in Palacio Real de Madrid