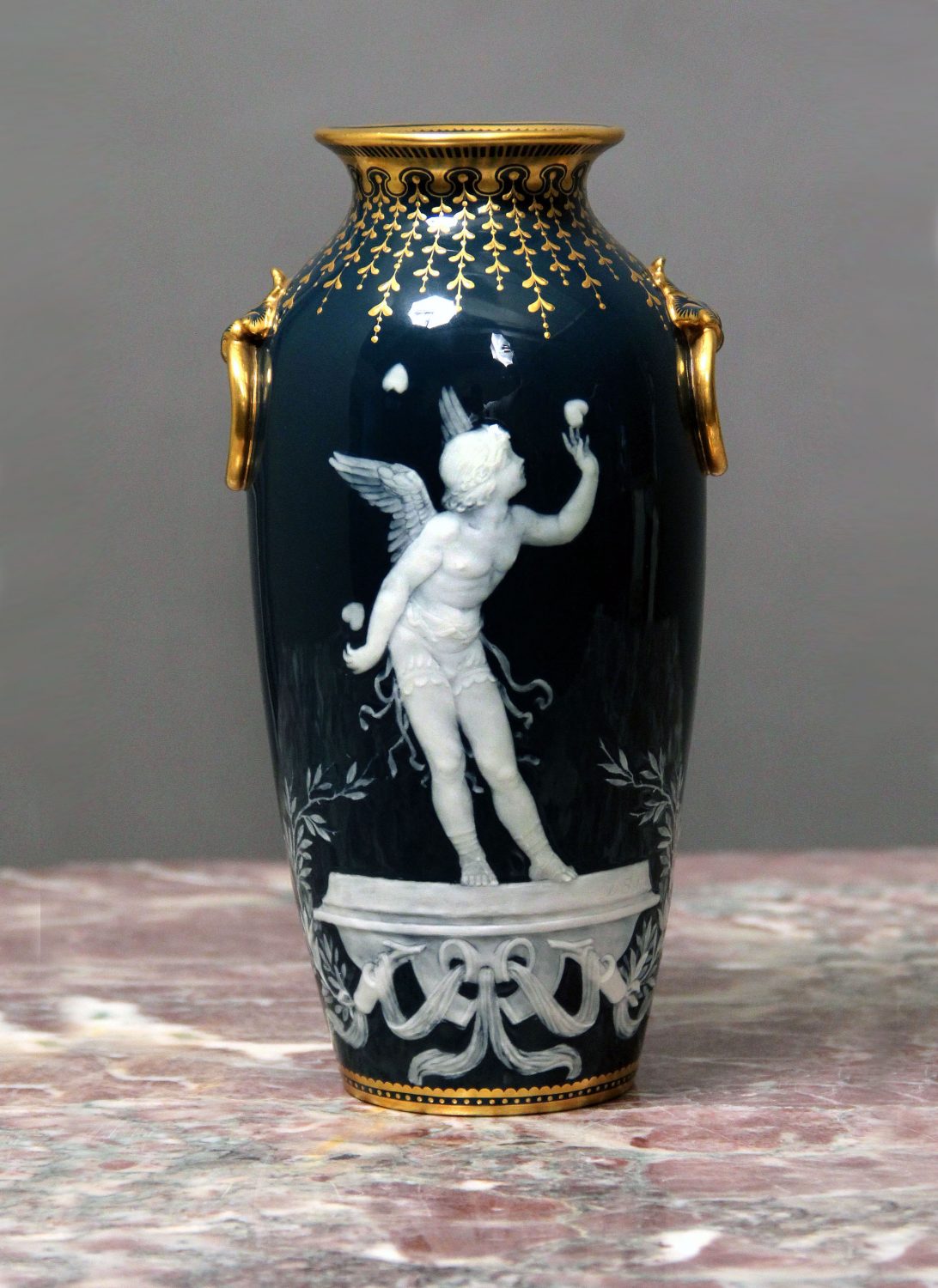 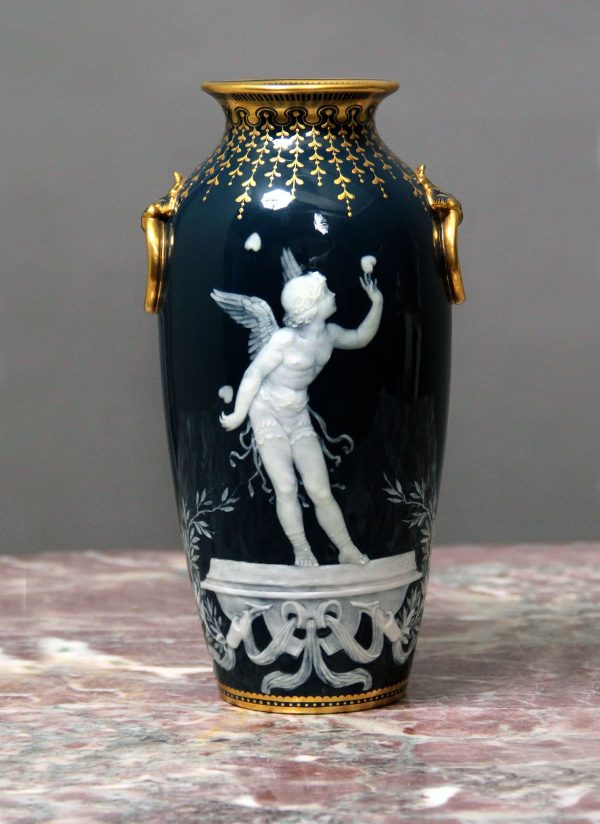 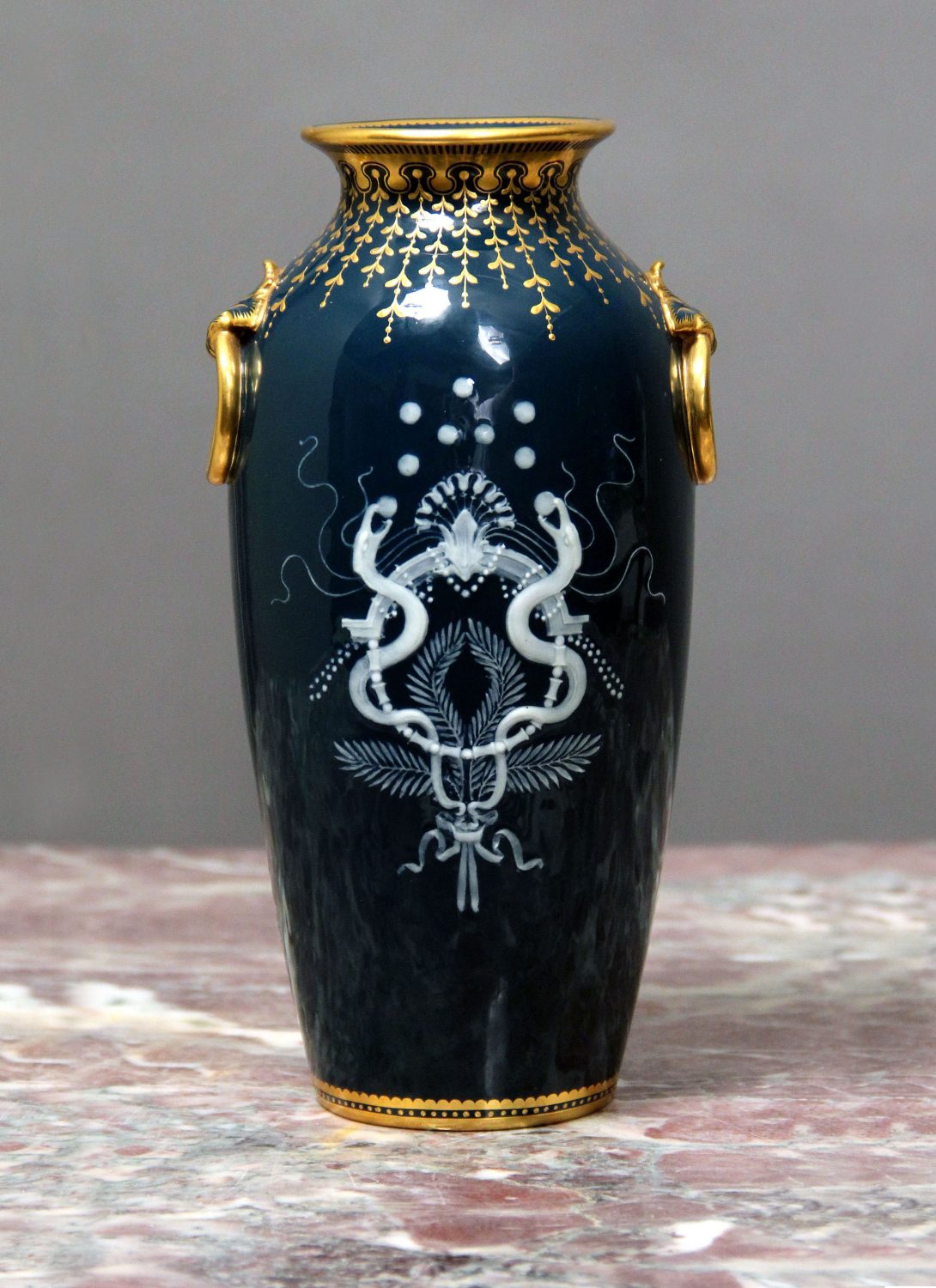 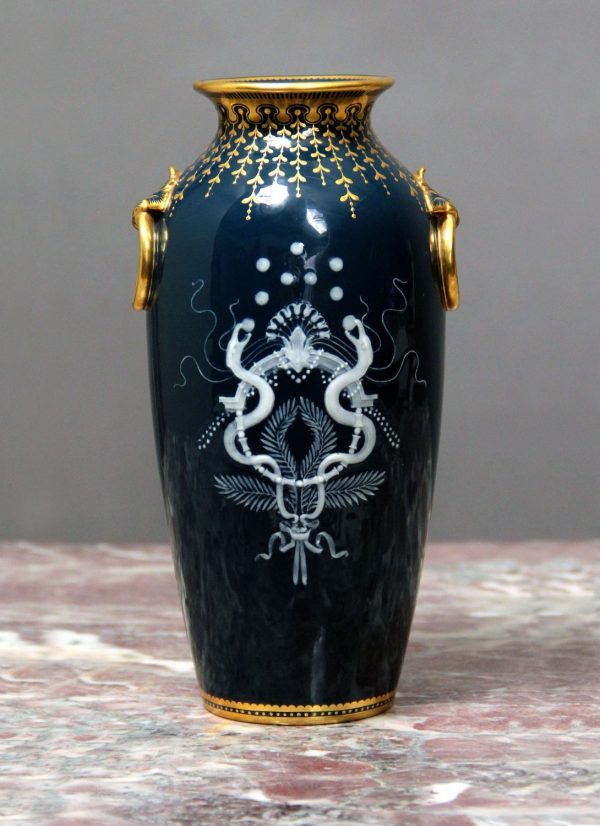 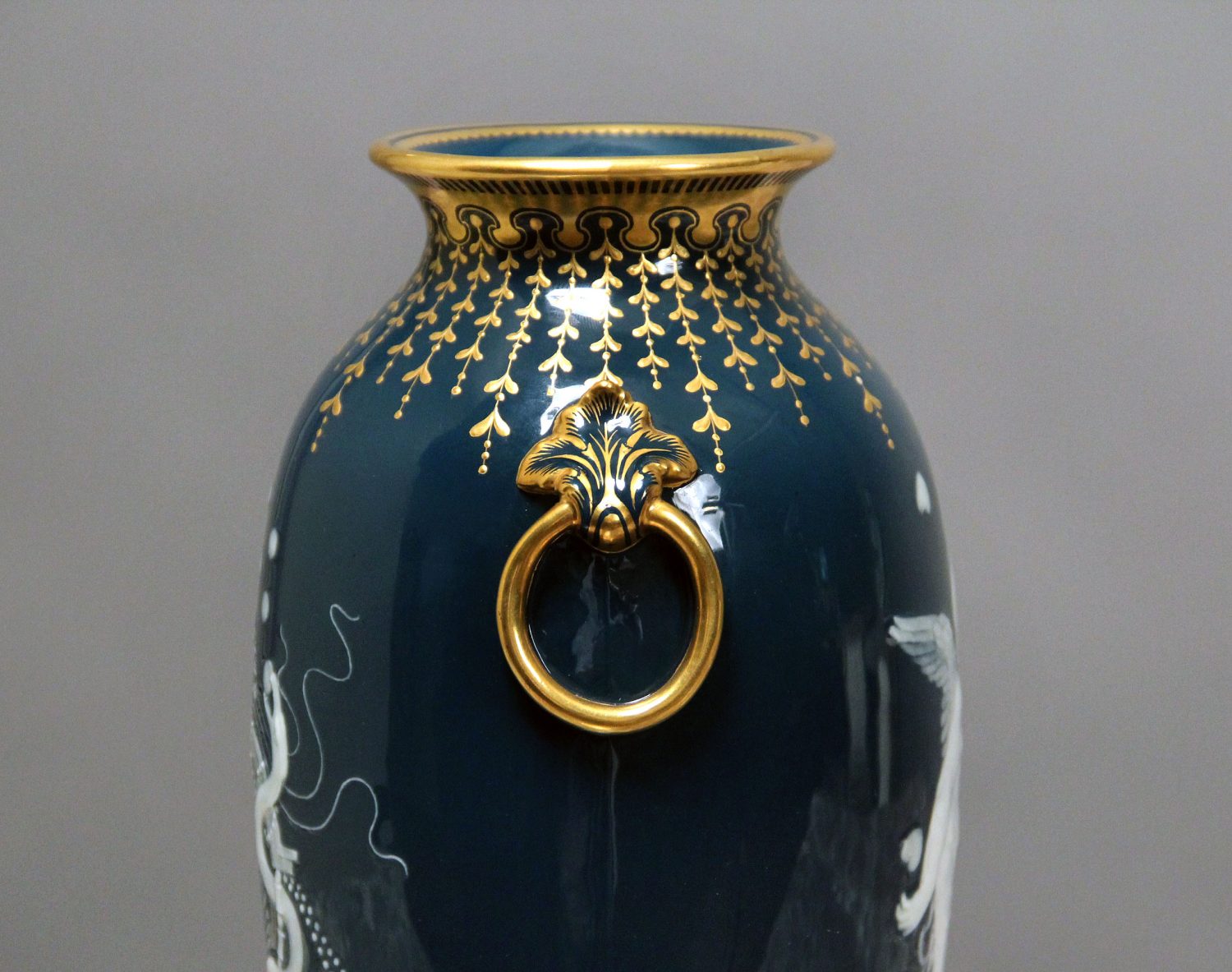 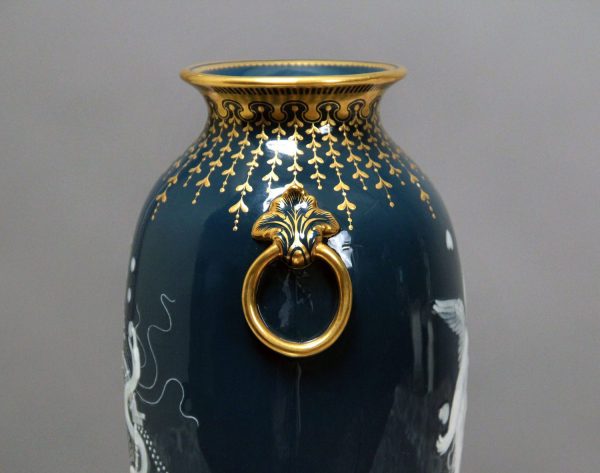 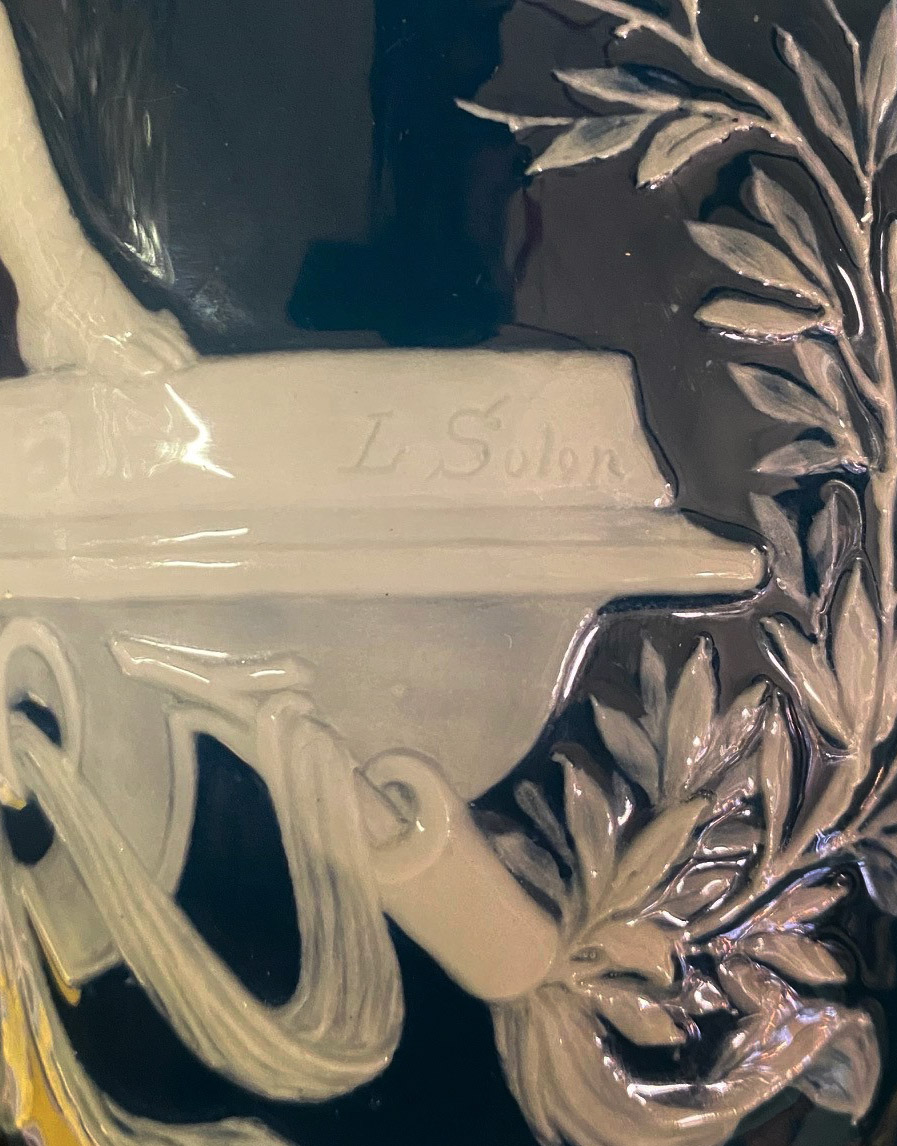 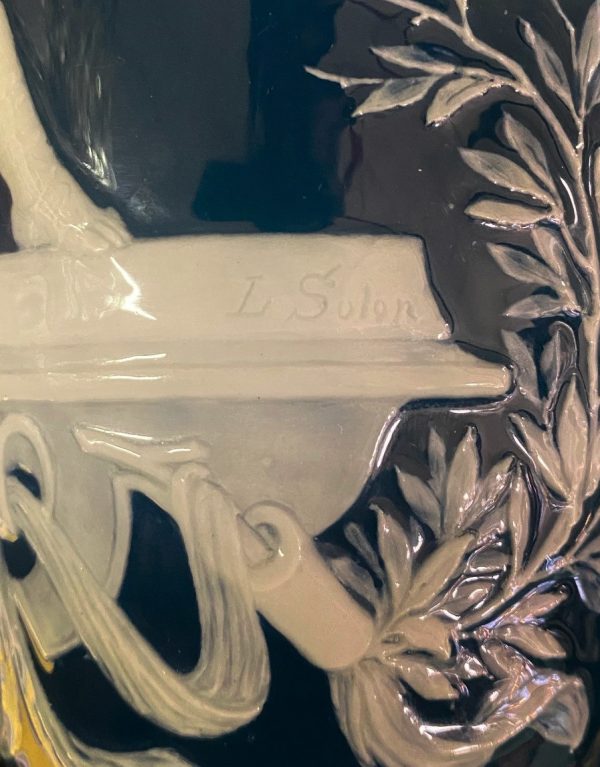 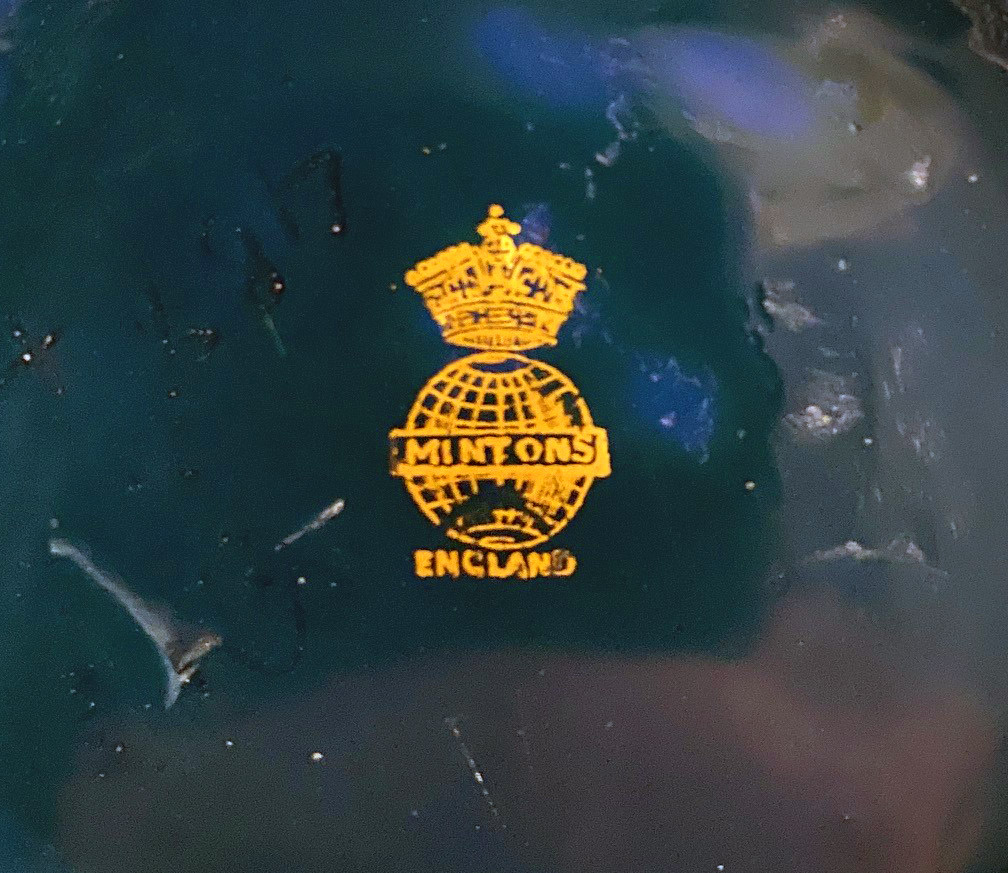 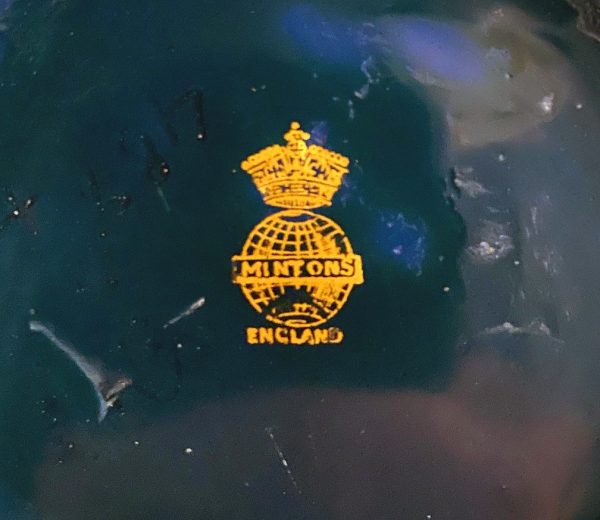 The front with an angel playing with hearts and the back with two serpents.

Signed L. Solon to the front and stamped Minton on the bottom.

“L. Solon” is Louis Marc Emmanuel Solon, a noted artist and, for many, the unrivaled master of the “paste on paste” or pate-sur-pate process. His work has been described as “A curious blend of fantasy, Renaissance and Classical styles, and discreet eroticism.” After study in Paris at the Atelier of Lecoq de Bosibaudrant, Louis Solon moved to Sevres during the 1860′s, and then to Mintons in about 1870. It was in England where he created what most believe to be his greatest work, including Queen Victoria’s Jubilee vase. He retired in 1904, but continued with his art, collecting and writing.