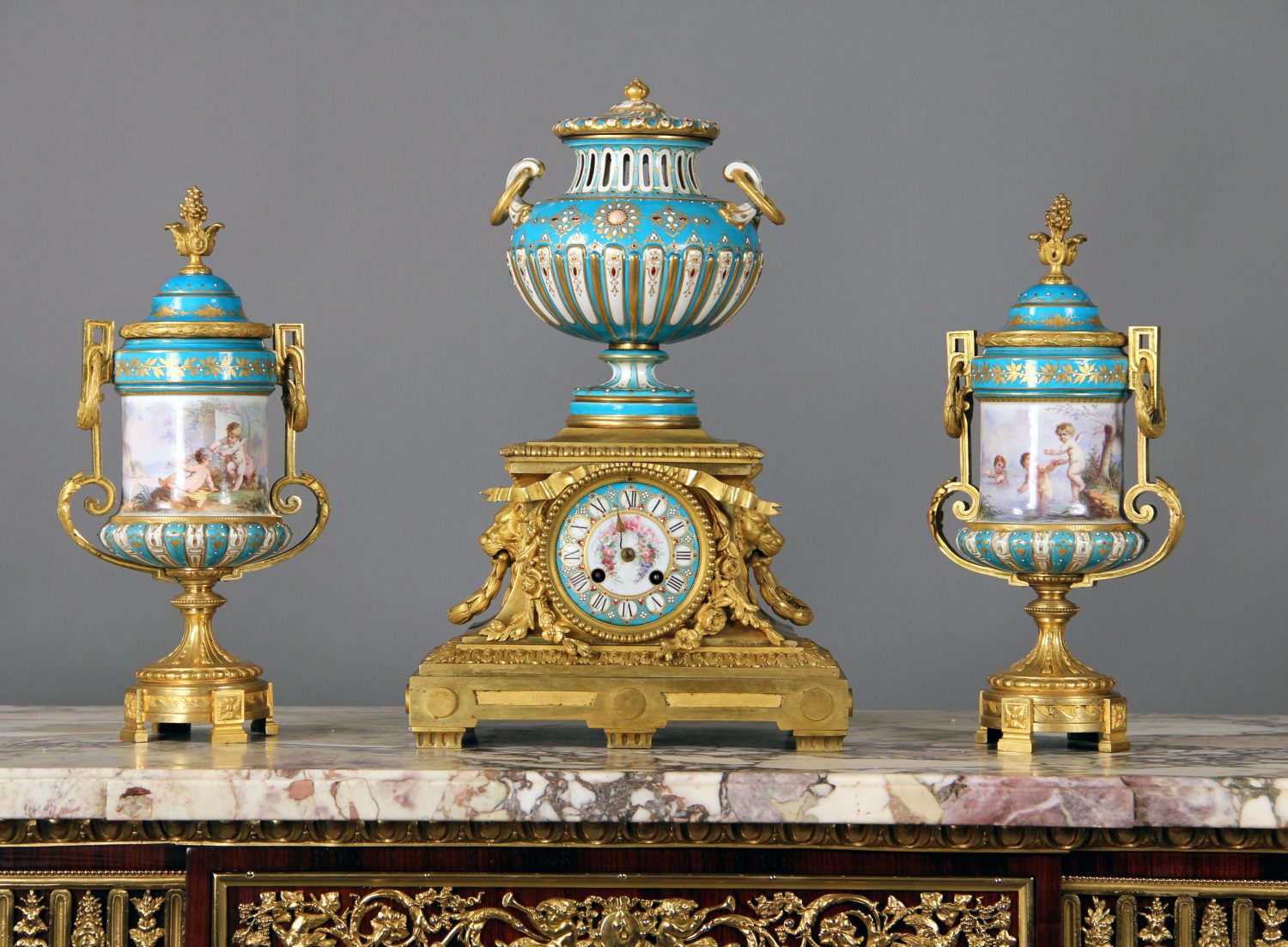 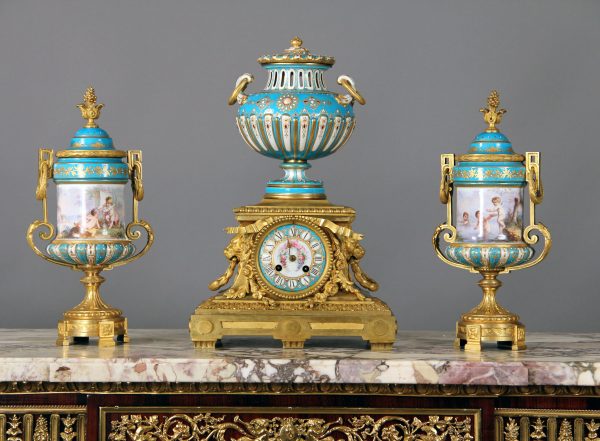 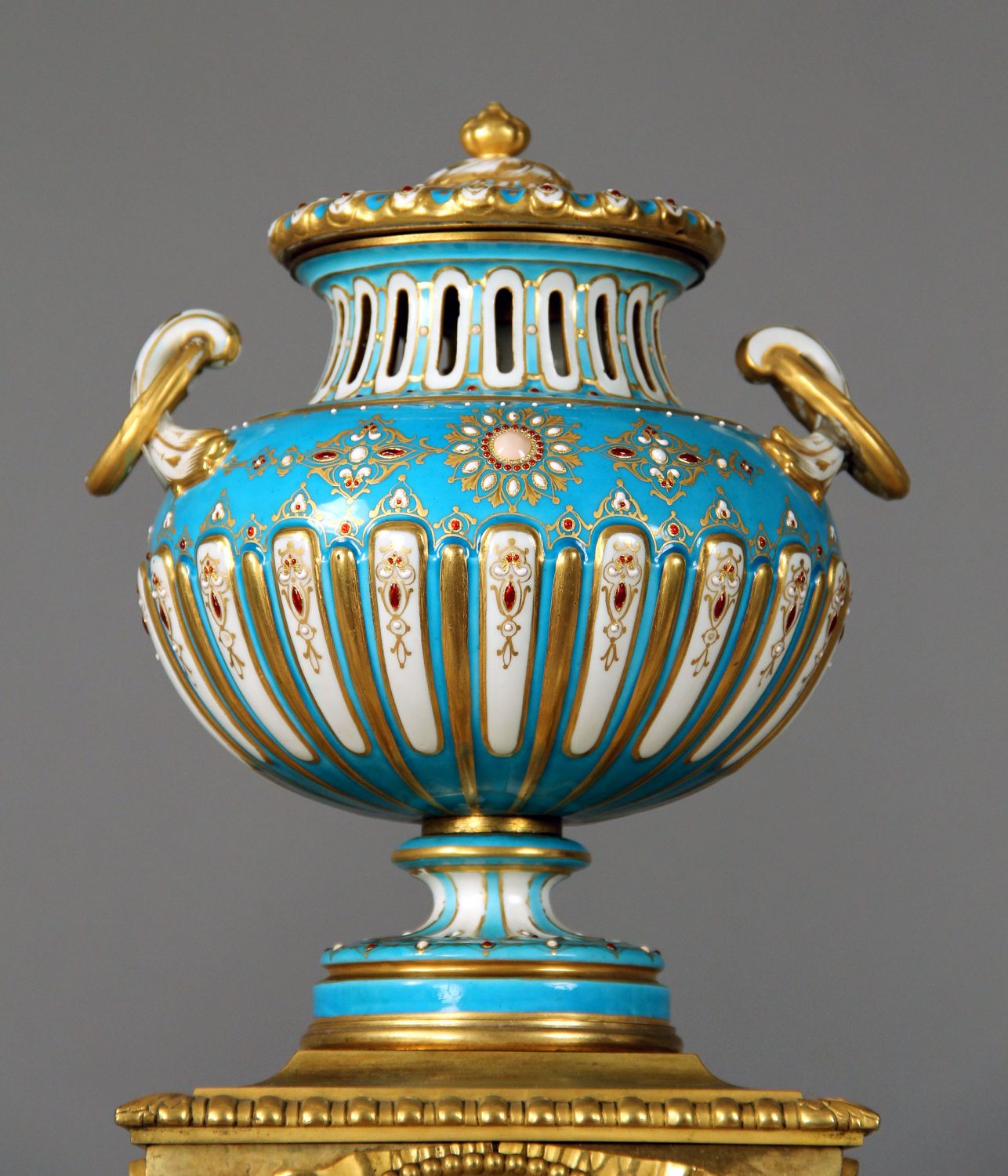 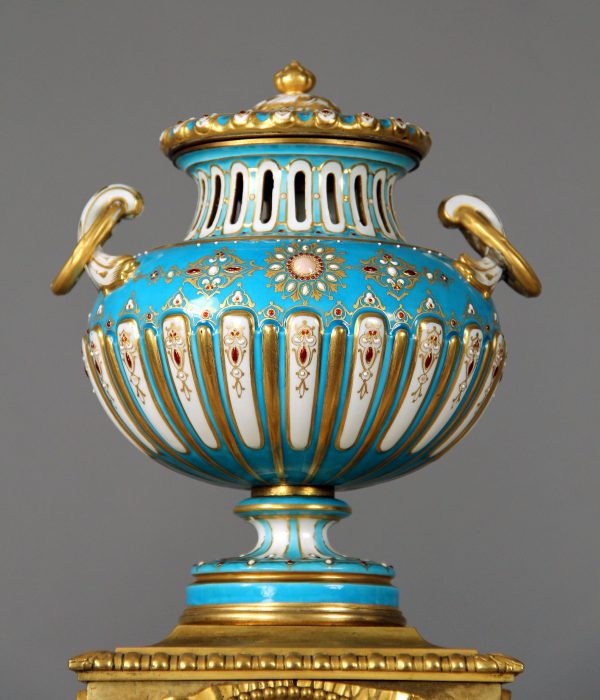 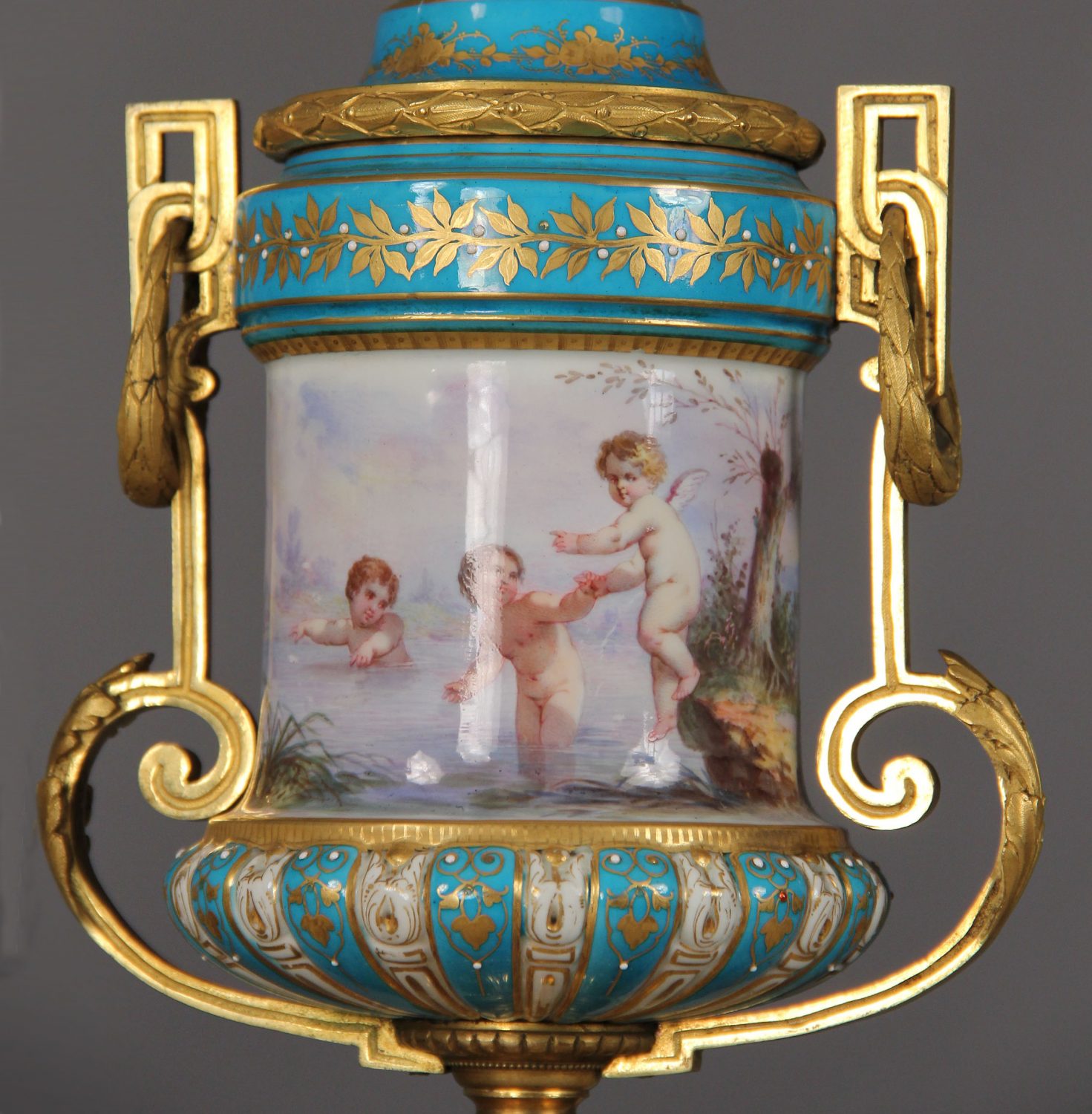 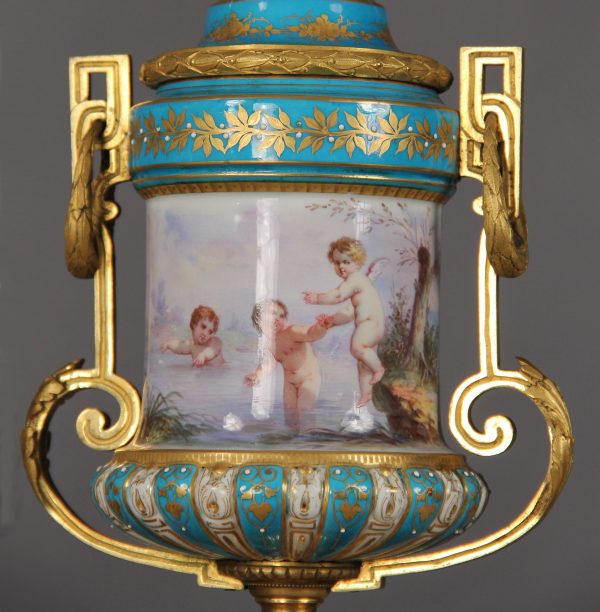 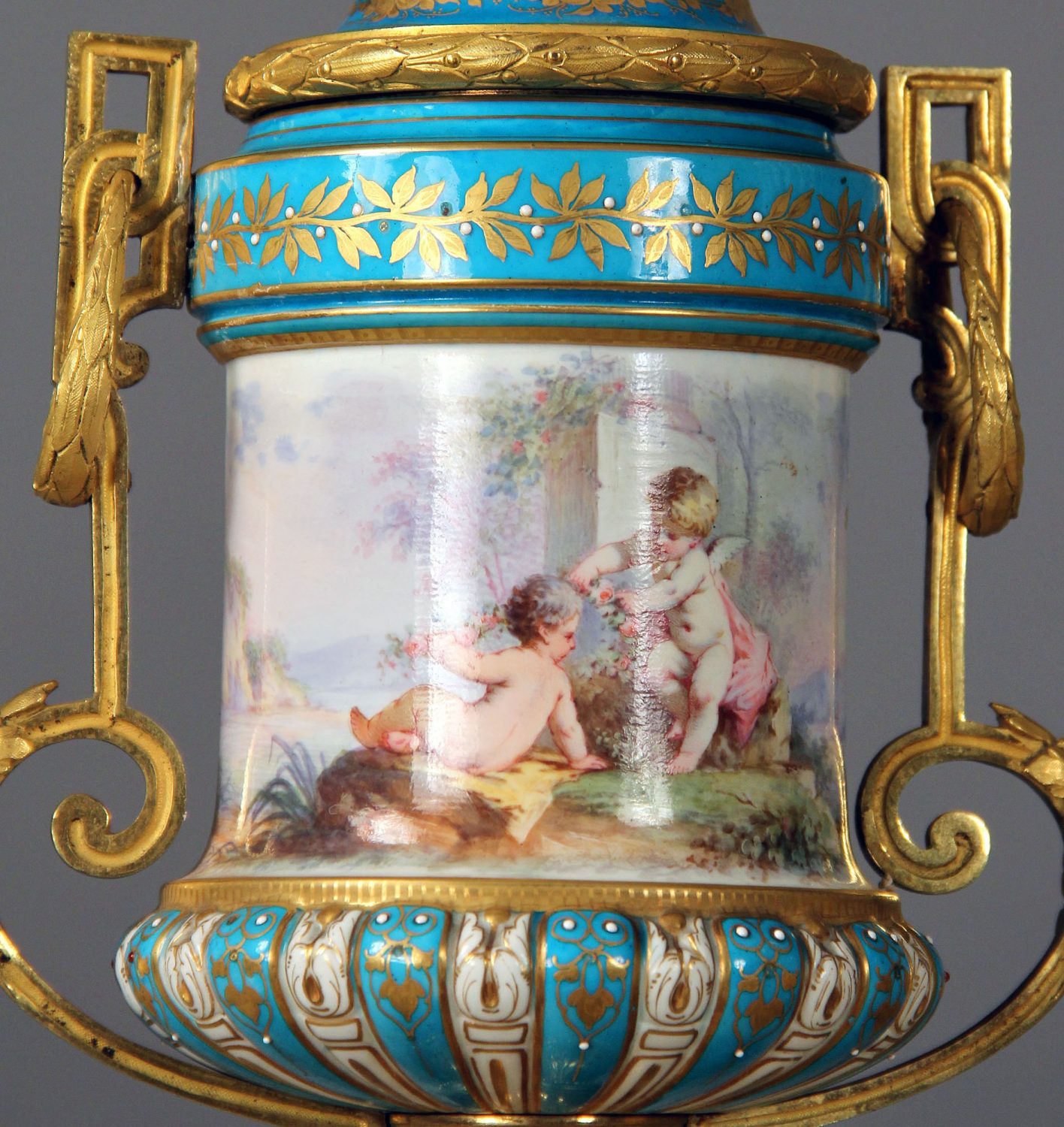 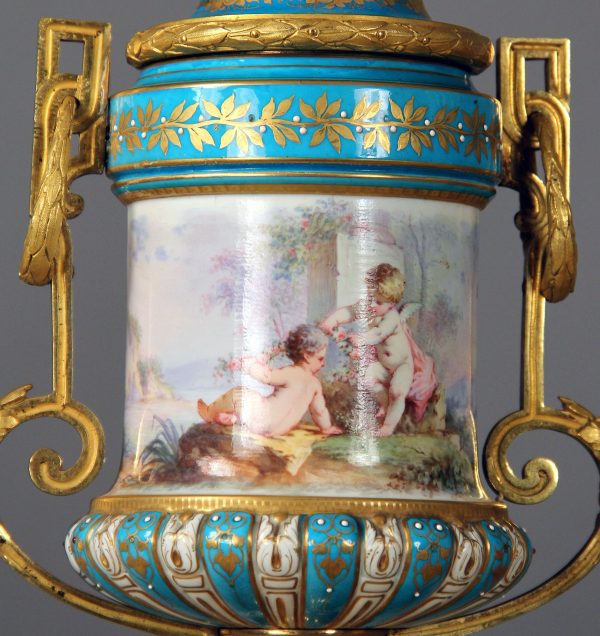 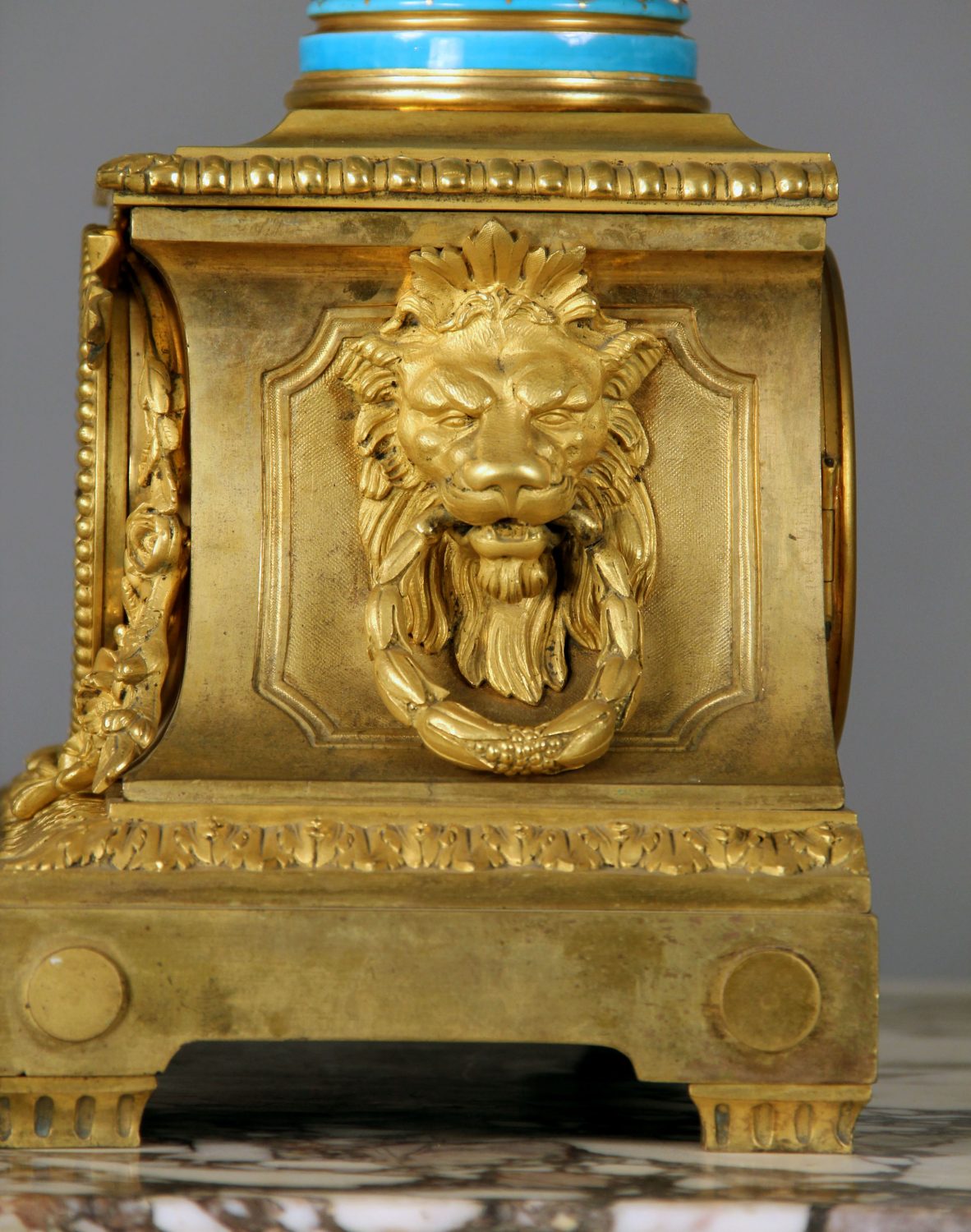 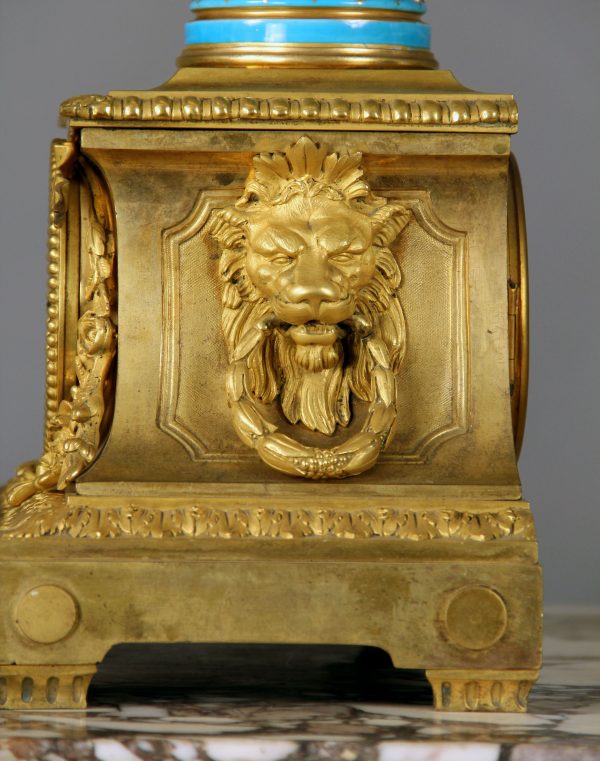 The clock surmounted by a covered urn, the clockcase flanked by lion masks, en suite with a pair of vases with putti playing near water.