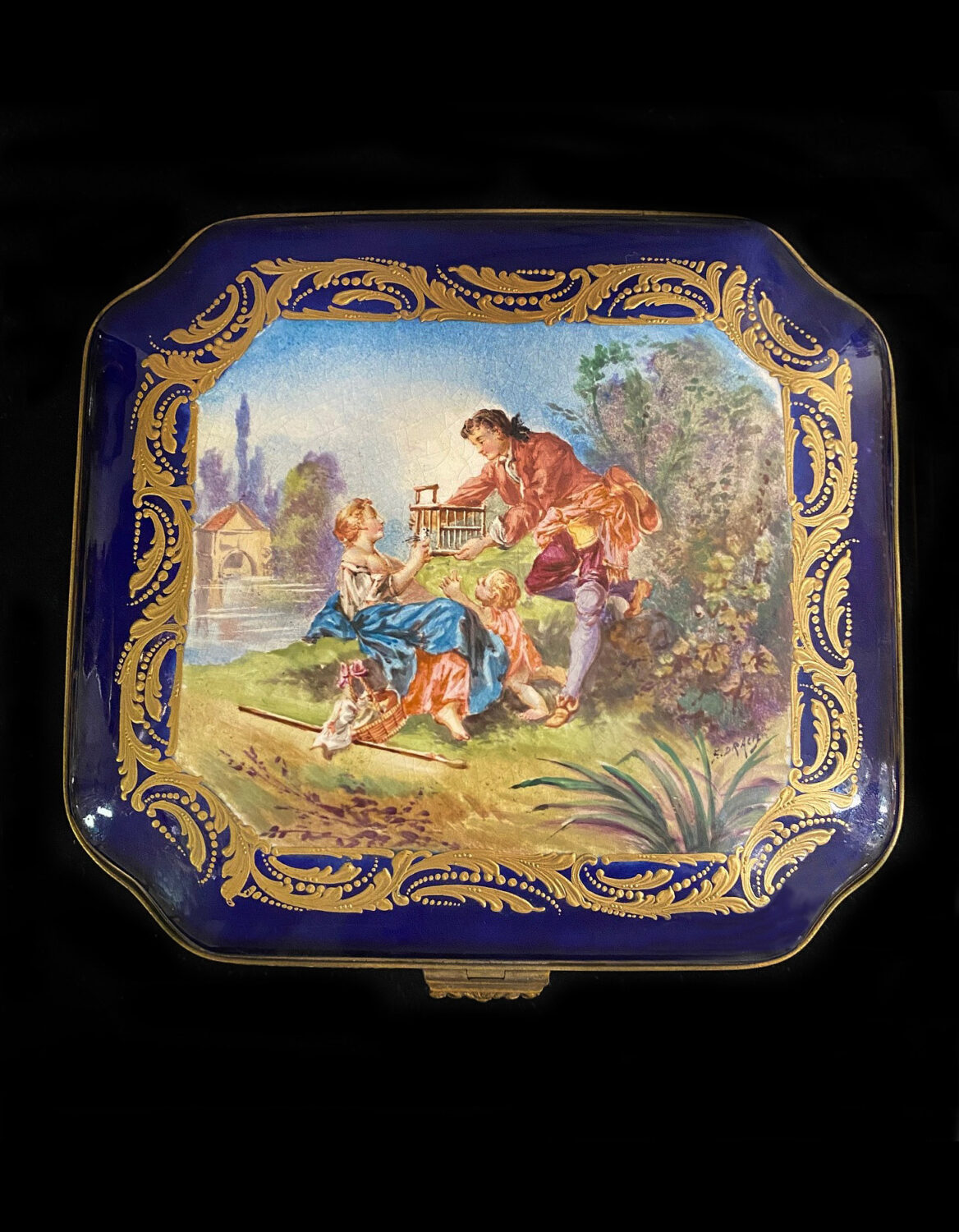 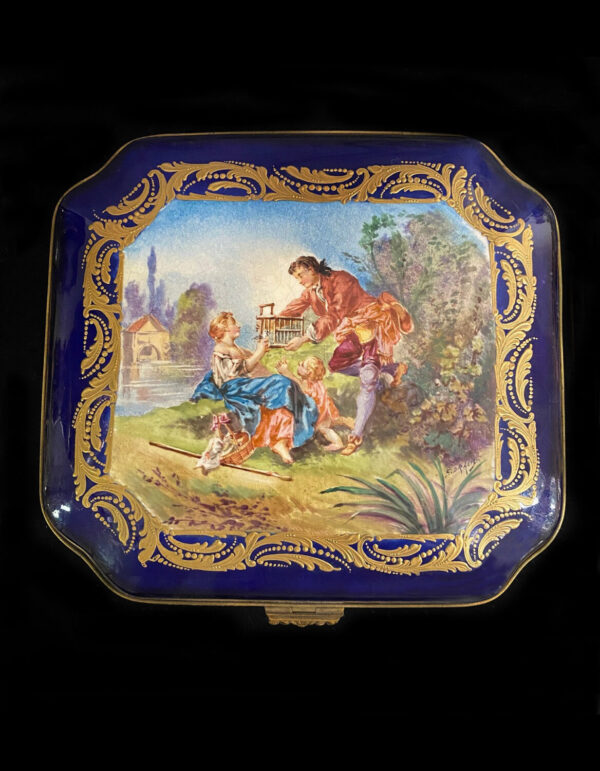 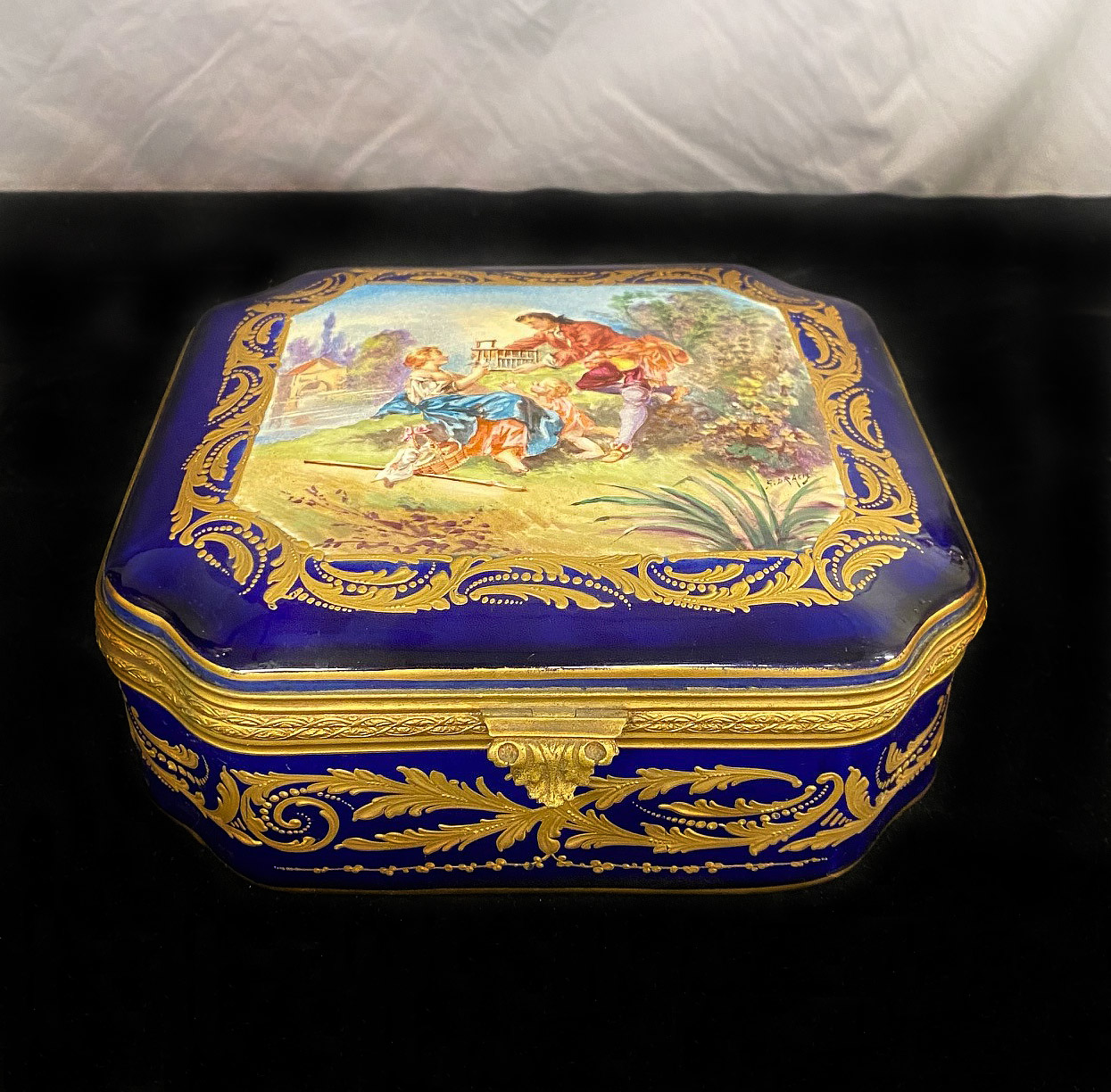 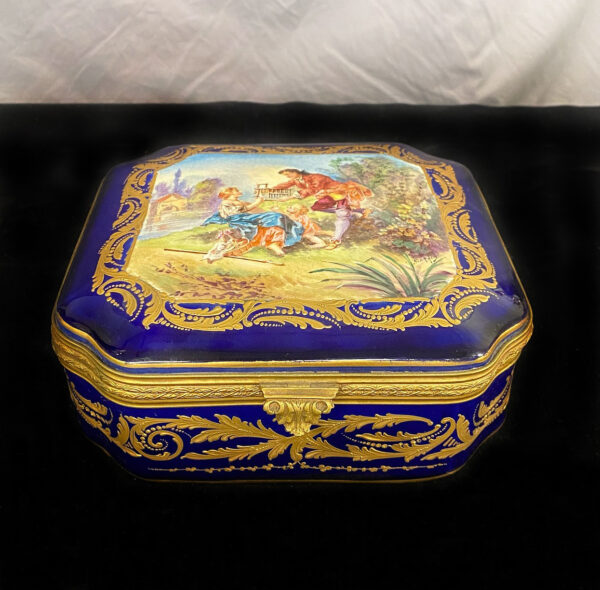 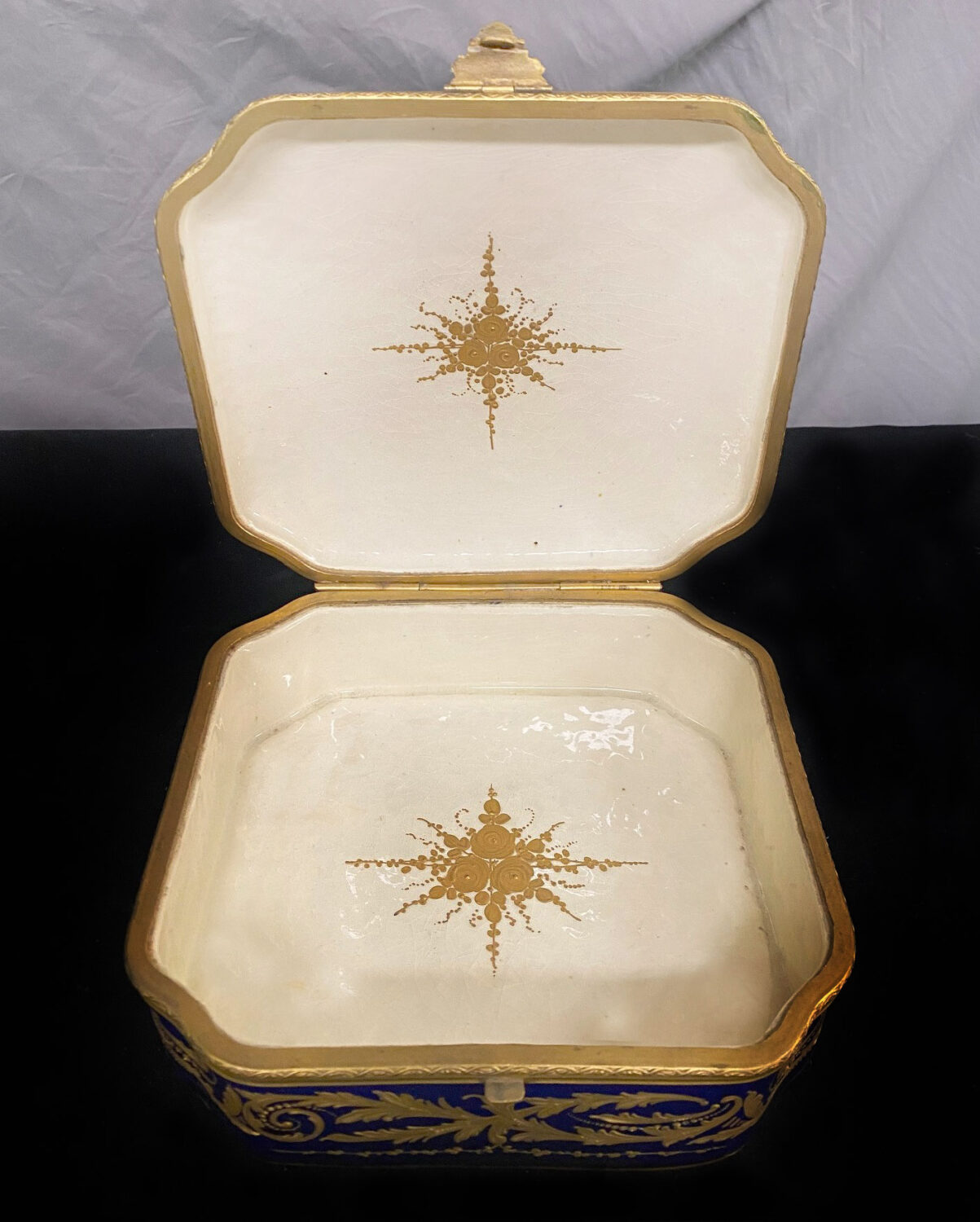 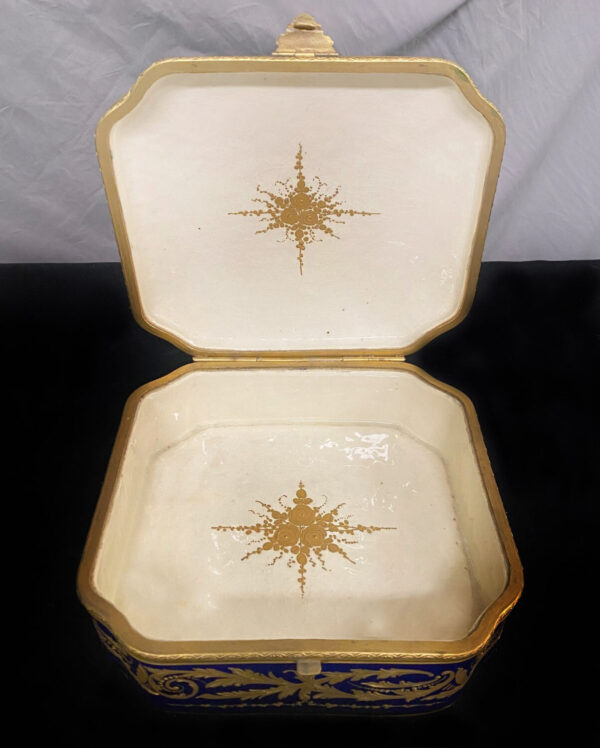 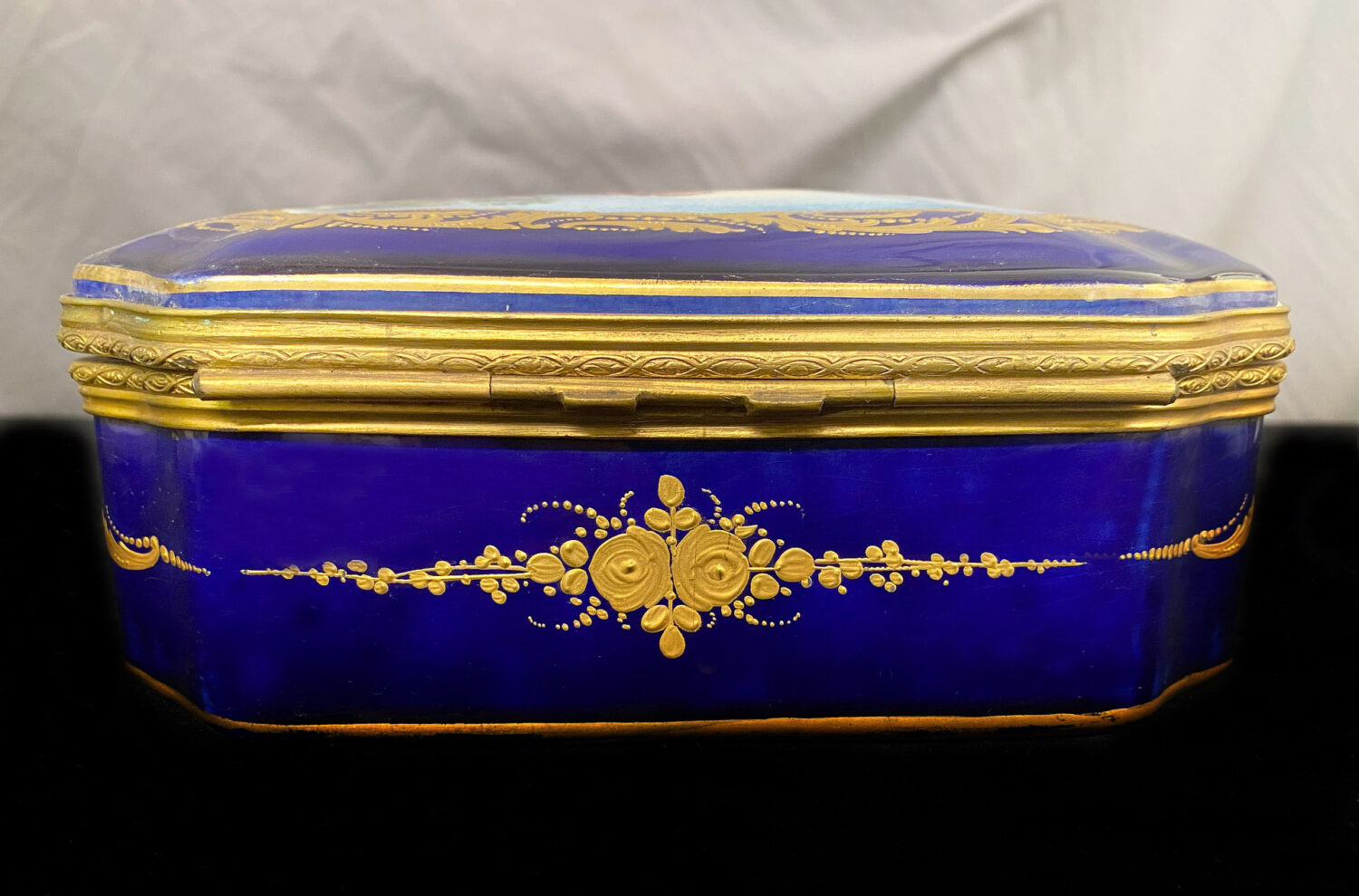 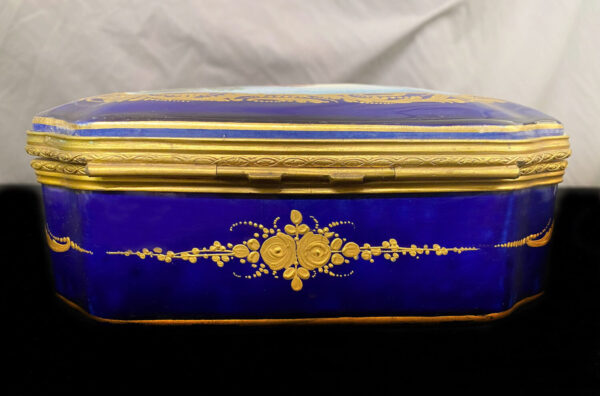 Of rectangular shape, the top painted in the manner of Boucher with a couple of their child, within a raised gilt border, the sides similarly decorated with raised gilt scroll work and flowers.