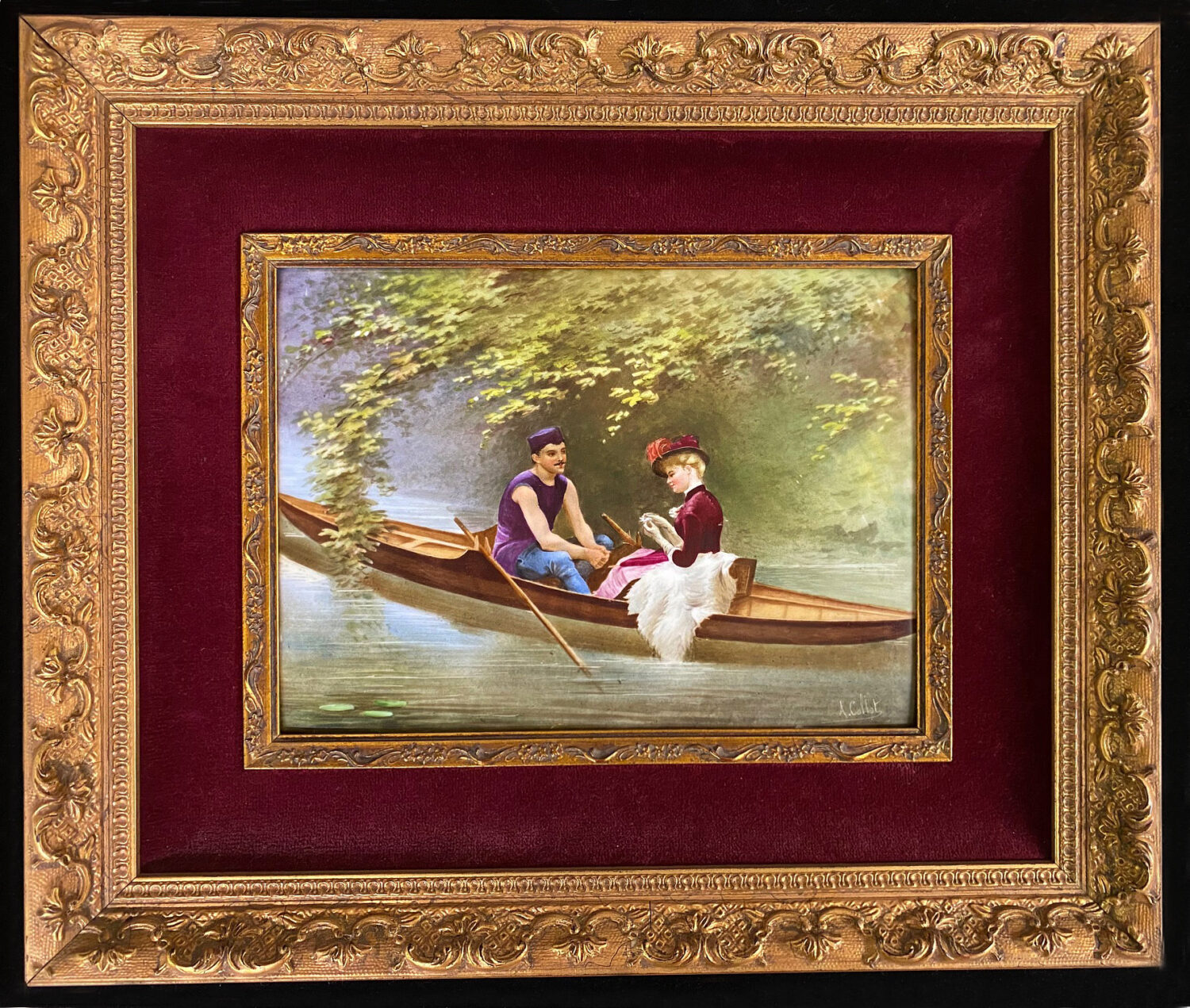 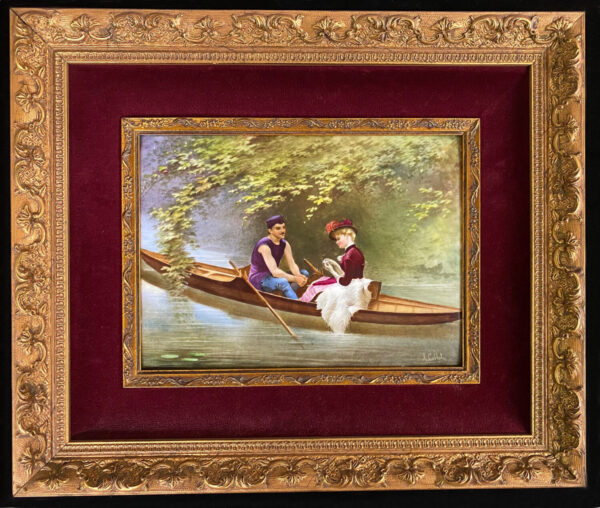 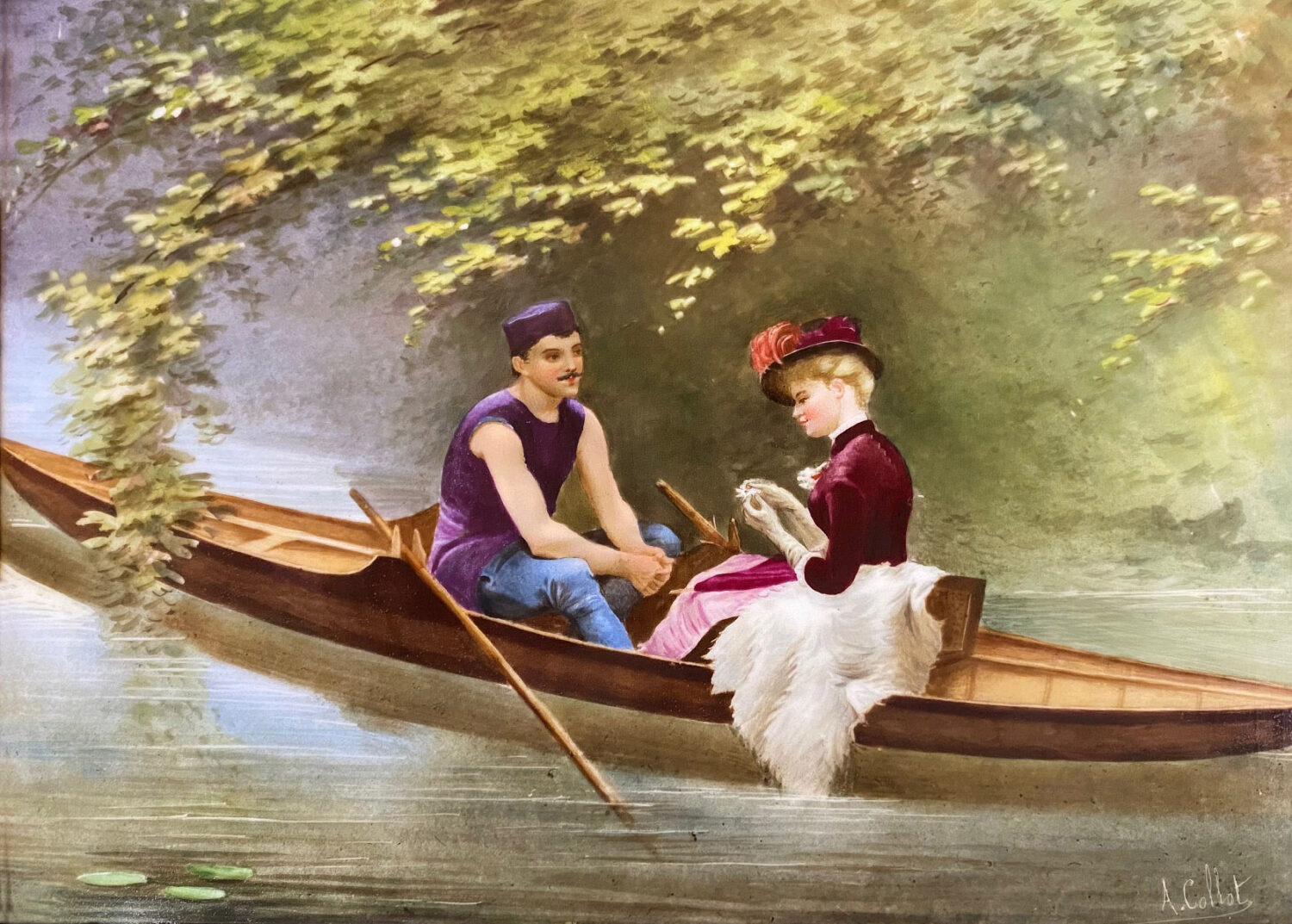 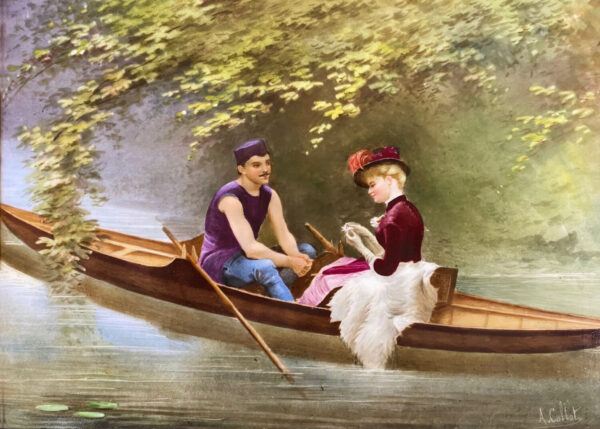 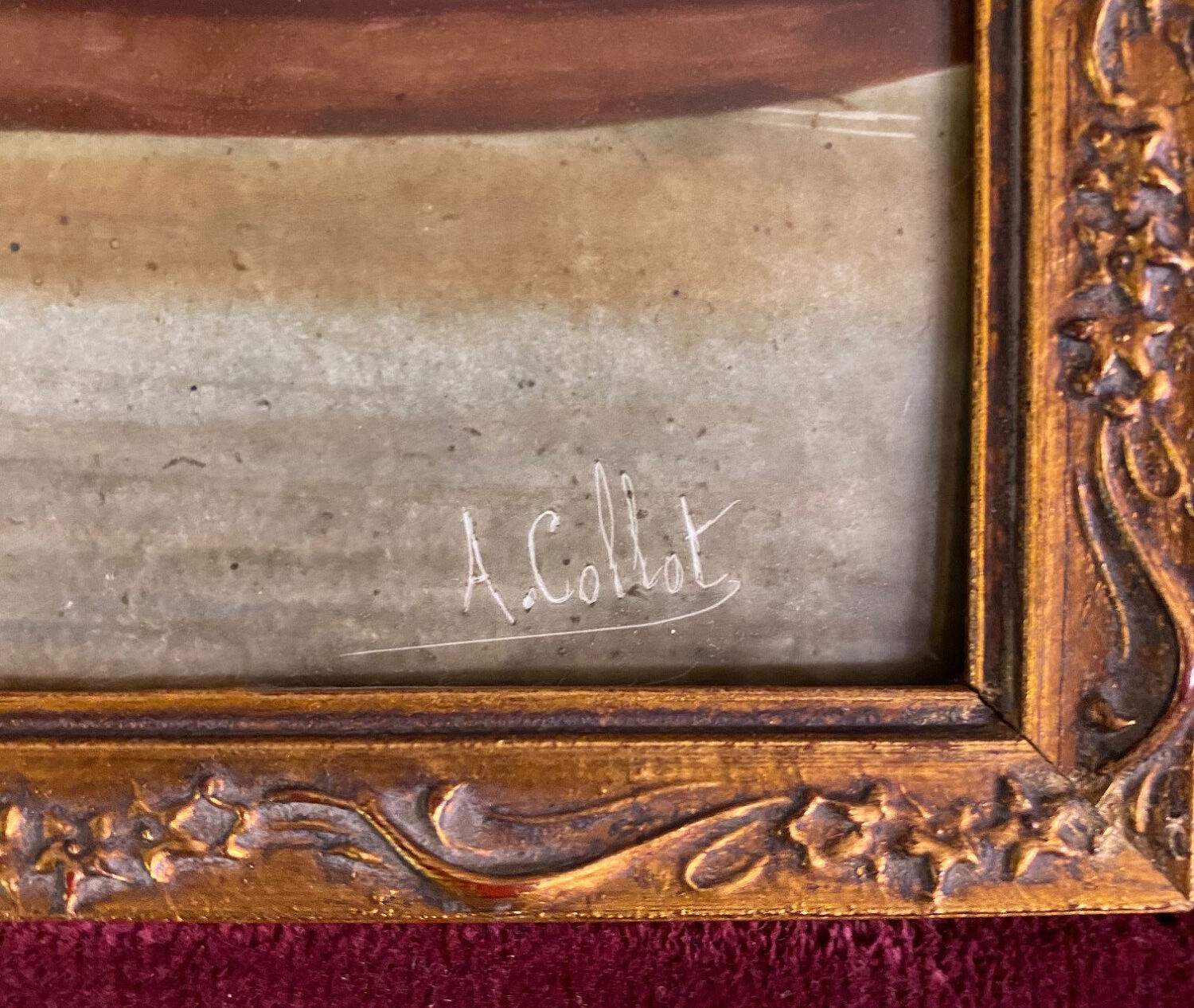 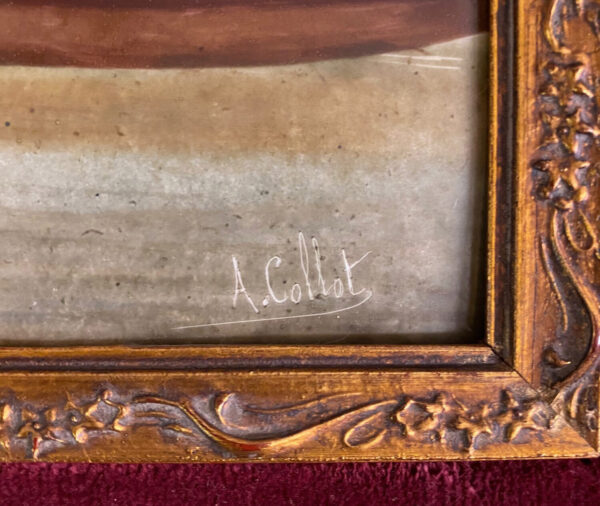 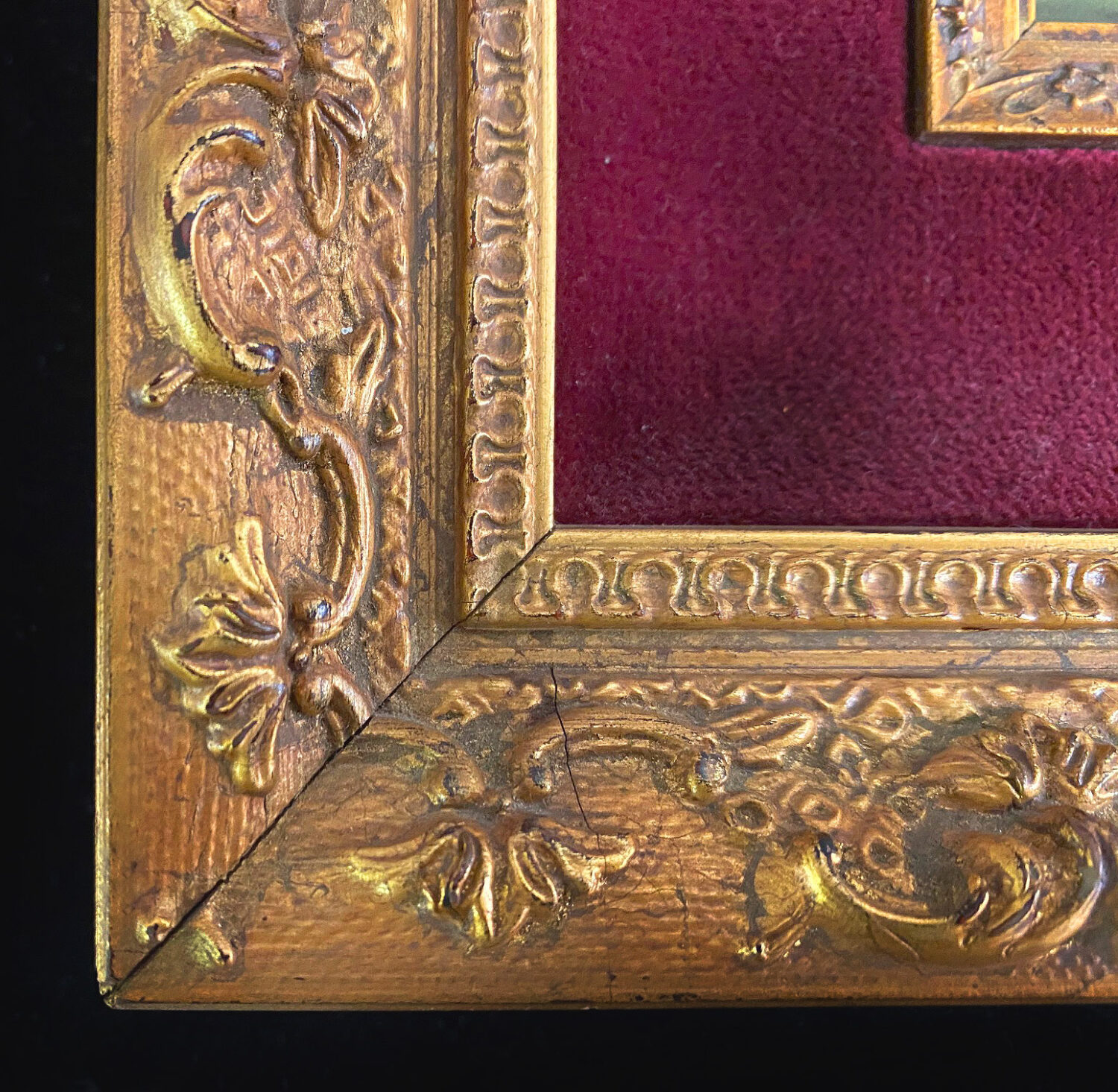 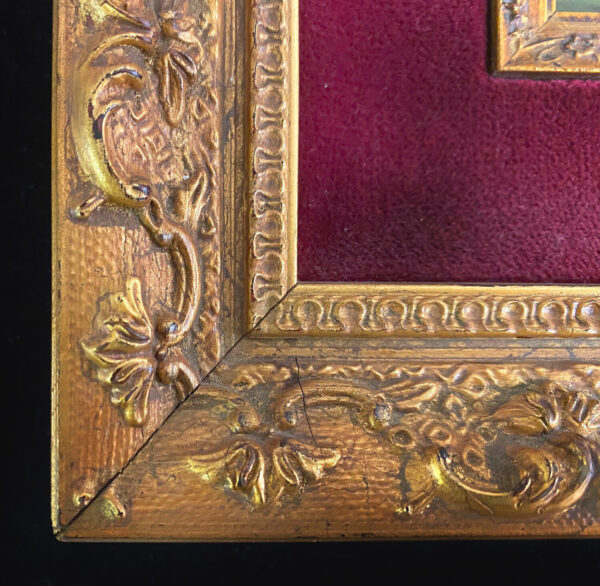 A landscape scene depicting two lovers in a boat surrounded by water and trees, in a giltwood and red felt frame.